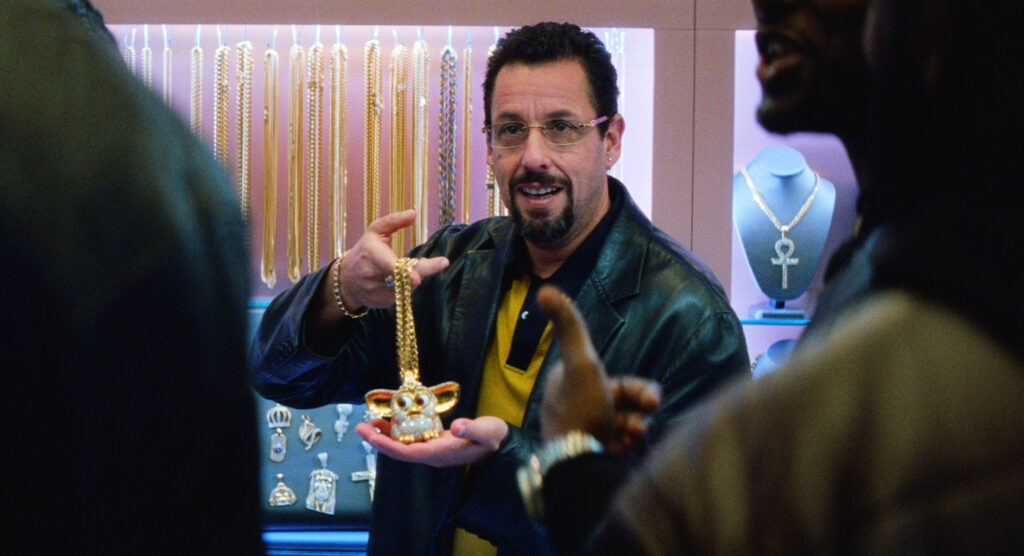 Happy endings are synonymous with stories. Whether it’s fairy tales you hear as a child or even the resolution to The Pina Colada Song, happy endings can be found in all types of storytelling. Directorial duo The Safdie Brothers however subvert the formula of a conventional happy ending in their films Good Time and Uncut Gems.

Before I go any further, this is your spoiler warning.

Ok, how bloody good are these films? Were you stressed? Were you anxious? Were you shouting at the screen hoping the characters wouldn’t make that dumb decision that you think no actual person would make but when you think about for a bit you realise that every person in that situation would make that dumb decision and you realise how the directors know you better than you know yourself?

Anyway, now we’re all on the same page you might be thinking, “Charlie, did you even watch the same films, how can you say these have happy endings?” Well, I’m glad you asked.

In Good Time, Robert Pattinson’s Connie wants to look after and protect his disabled brother Nick. It’s a noble desire. The same can’t be said about Uncut Gems’ Howard, played amazingly by Adam Sandler, whose desire is just to win. At everything: money, fame, sex. He’s basically a 13-year-old boy’s idol. These desires are integral to these characters motives and influence every choice they make throughout the films, positive or negative.

So, let’s talk about Good Time first. The film opens on Connie and Nick robbing a bank (yeah, the guy trying to protect his brother does take him to rob a bank). Connie manages to get away and stash the money, but Nick is arrested. A distressed Connie then learns he only has one night to make the bail payment to get Nick free. He takes the stolen money to a dodgy pawn broker but anti-theft ink has ruined the cash. He then goes on a desperate chase around New York trying to steal from his girlfriend, steal from a drug dealer and con an old lady into giving him money. He wants to help Nick no matter the cost.

Eventually, after one hell of a night, Connie ends up turning himself in and confessing. This leads to Nick being released and taken to a therapy session. We end the film with him surrounded by people he can relate to, happy and joining in. Connie ultimately sacrifices his freedom for his desire.

Now for Uncut Gems. This is an anxiety attack in the form of a film. Howard Ratner is a diamond dealer in New York. He’s also a gambling addict. He’s also hugely in debt to gangsters. You see him making money, going to pay off some of his debts, not paying off his debts and instead gambling with the money. It’s shown to the audience time and time again that Howard has a pathological need to win and if he does win, then next time he needs to win bigger.

Now for Uncut Gems. This is an anxiety attack in the form of a film.

This comes to a head when, after betting with stolen money, Howard locks himself in his shop trapping angry loan sharks in a glass doorway. The three men trapped in the glass box get angrier until they realise that Howard might actually win the bet. The anticipation is building until the final buzzer goes and he did it. Howard wins $1.2 million. He’s ecstatic. He finally won. He frees the gangsters and instantly gets shot in the head, killing him.

Ok, so one main character is in jail and the other is dead. How are these happy endings? Here’s how I see it. Connie wanted his brother to be safe and looked after which happens, ironically, after he gets arrested. We see him almost being arrested and even almost dying, willing to do anything to save Nick – and in the end he does, not with any con or robbery, but by sacrificing himself.

Howard needs to win, but throughout the film we’ve been shown many times that any huge win would not be enough for him. He’s at his highest point. He is fulfilled in this moment and ending his life in that moment is almost a kindness. It means that he can’t ever come down from that moment, and he can’t ever tarnish this win for himself. When we see his face after being shot he doesn’t look upset or scared, he looks happy and calm.

Howard needs to win, but throughout the film we’ve been shown many times that any huge win would not be enough for him.

This is also shown with how the Safdie Brothers have their secondary characters stories end. I’ve already talked about how Nick ends up in a place where he feels safe and happy and the same can be said for Julia, Howard’s girlfriend. Throughout the film Howard uses her for her looks as a messed-up status symbol. Towards the end of the film Howard sends her to a casino to place his final bet. She is then surrounded by the gangsters that Howard owes money too and must use her wits to not only survive, but to grab the money. She manages to escape not only with her live, but with $1.2 million. Howard sending her to the casino ultimately sets up Julia as a millionaire. After the torrent of emotional abuse she receives throughout the film, her story ends with her literally driving off into the sunset, and she deserves that.

These are not films that scream happy ending but Connie and Howard both get the thing they want most by the end of the film. In my mind, the Safdie Brothers are showing a more realistic type of happy ending, one that isn’t all sunshine and rainbows. It’s sad, it’s hard to watch at points, but so is life. I love these filmmakers and I cannot wait to see what kind of heart attack their next film will give me.

What did you make of these films? Do you think they had a happy ending? Let us know in the comments. 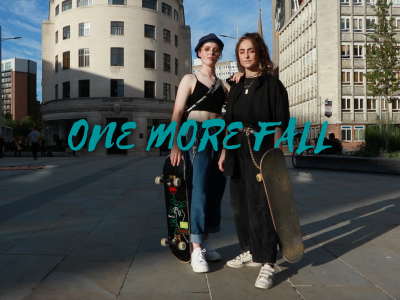 One More Fall: a short documentary about female skaters

Watch this short film about two Bristol-based skaters and find out how skating defines them.
Bristol / Film / October 1, 2018 / Bex Rose 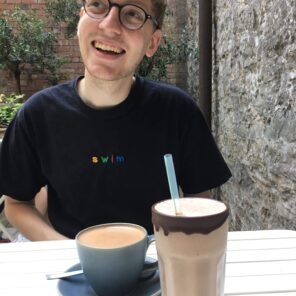 Charlie has recently moved to Bristol from Southampton. He enjoys reading, writing about film and anything else that piques his interest, as well as discovering the joys that Bristol has to offer.