Keziah speaks with Vanessa Maria about her latest documentary ‘When Well-being is White: The Mental Health of Black Students’

Across the UK universities are facing a mental health crisis. From how institutions are structured, to ever-growing digital pressures, students are enduring an increasing amount stress. In the worst cases, lives are being cut short due to high rates of student suicide.

Being a black student comes with an additional burden. In an environment lacking in cultural literacy, many black students are not getting the support they need to support them throughout their time at university. Large gaps in attainment are emerging, and studies reveal that black students with mental health issues are more likely to drop out or leave with a lower-class degree in comparison to their white peers. As someone who has attended a majority white university, I have had my own experiences of feeling isolated from the dominant culture. Although I grappled with anxiety, my first time seeking counselling was post-degree and my counsellor, like me, was of mixed heritage. I didn’t realise how important that detail was at the time.

Vanessa Maria Wilson is a DJ, speaker, radio presenter, creative producer and former Mental Health Representative at the Bristol Students Union. Following a Psychology degree at the University of Bristol she successfully led campaigns and projects around student mental health and recently released a short self-produced documentary exploring the experience many black students face with their mental health. The documentary, titled When Well-being is White: The Mental Health of Black Students, follows Vanessa through a string of conversations at the University of Bristol where BME students face a barrier to access mental health support.

I have always respected and admired Vanessa’s commitment to social change, so it was only right that we sat down for a reasoning.

The black experience is not just one experience, it’s not a monolith.

The black experience is not just one experience, it’s not a monolith. There’s a diversity of experience and I can only talk about my personal one. The documentary sums up an experience that a lot of black students felt they could relate to, which is the experience of being isolated. The best way to put it is being hyper visible – within the University of Bristol you are an outsider. It’s a very white institution with a high percentage of students coming from private schools. The culture is very different from black working-class culture, so because you are so visibly different you are invisible but hyper visible at the same time. It’s a tricky experience to clearly sum up.

The biggest difference is the barrier to access support. At the University of Bristol 32% of BME students feel like no one will understand their issues in comparison to 21% of white students. Black students also have a multi-faceted layer of problems when it comes to university – they’re outsiders, isolated, they have the stress of normal uni work, but at the same time they also have to tackle a lot of racism on campus. That is generally because of the racial attitude of the white majority which are around them. It’s a double burden: the stress of academic pressure on top of racial attitudes.

Yannick Yalipende described feeling like he was carrying his race on his shgoulders – is there more pressure on people of colour to achieve academically? How can that effect your mental health?

A lot of black people are made to feel like they are representatives of the black community – Yannick felt he needed to show everyone he can do it. I feel like a lot of black students in education are not just there to get their degree, they are there to better the lives of their families, and their community, who want them to do the degree. That pressure comes with added stress, anxiety and can lead to depression.

How do you bring up an issue that relates to your race when everyone is of another race?

How did you cope with depression and anxiety at university?

How can universities better cater for cultural nuances?

Definitely education. if you are working in an educational space you need to culture yourself and understand that people are coming from different backgrounds, cultural traditions, ways of life. Learn your stuff because it’s incredibly important.

Universities need to diversify their workforce and hire people who understand the cultural differences of their students. Furthermore they need to be put into positions of power so they can change the current structure of the system.

It’s reassuring to see people who look like you – white students are being validated every day. They go into uni and see the lecturer who is white, they see the academic who is white, white classmates…. On the first day of uni you have the massive group lecture where the head of year welcomes the brightest minds of your age group and you look around the room and everyone is white, and it’s like, what are you saying about black people?! It feels really intimidating.

Are there any BME focussed groups making a difference?

Black Men’s Talking therapy group and Black women’s talking therapy group started by Yannick Yalipende in Bristol are amazing initiatives which look at group therapy where students become support systems for one another. It’s is a fantastic way for marginalised groups to come together and create a sense of community in a place where there is a lack of it. University of Bristol has also done some outreach work with Nilaari which focusses on BME mental health in Bristol so students can go to that charity and seek support if they are keen for a counsellor who is of their ethnicity.

One which focusses on having equal access to education, but it also focuses on making sure students are sufficiently supported and given access to culturally sensitive mental health support. Students are taught in an environment where the materials are culturally sensitive, diverse and the reading lists are not all written by white men. The curriculum is representative of them and their culture.

It also looks at general student life and how racist incidents are treated on campus. Do you have a zero tolerance to racism? If you do, how easily is it to report? Are students believed? Are tutors properly trained? There are so many factors that come into actively supporting students and there is such a long way for universities to go to fully create an environment which is supportive and nourishes black students.

we need people in positions of power who are actually open and committed to change and who are going to work with students, not against them

How do we achieve that?

It’s like everything – it needs a holistic approach. We need people on the ground lobbying for change, we need people in positions of power who are actually open and committed to change and who are going to work with students, not against them. Listen to lived experiences and take them as valid without questioning it. Make sure they are taking advice from the very people who know what it is like.

it’s not going to be overnight, but it has to start happening now as a lot of students are not going to graduate because, quite frankly, universities are failing them.

I want as many people as possible to see it. Of course, I want black students to see it and feel like they are not alone and to validate their experience. I also want white students and tutors to see it so they can understand what their peers are going through, educate themselves and give them that push to do some further research.

I want the documentary to be used as a tool. I see it as a door which can open more research, documentaries and put policies in place at universities. Hopefully it will encourage other educational organisations to change the way they are doing things, to question whether they are supporting their black employees or students.

I want it to inspire…

NOW WATCH THE TING and send it to your head of department for student mental health services!

Let us know what you think on our socials.

Defying Anxiety: Tips, Tricks And Stories From An Anxious Person

Fardusi is an anxious person who is sick of it dictating her life.
Social Issues / July 3, 2017 / Fardusi Jahan 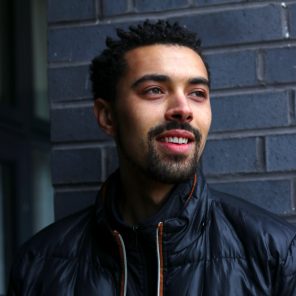 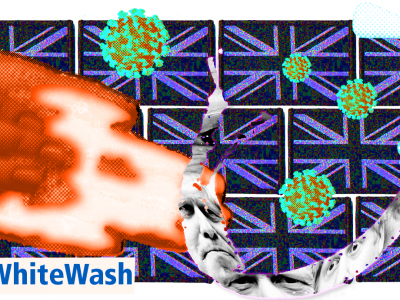 On Thursday the 26th of March at 8pm, the stillness of the evening and eeriness of national lockdown was suspended...
Social Issues / April 14, 2020 / Keziah Wenham-Kenyon