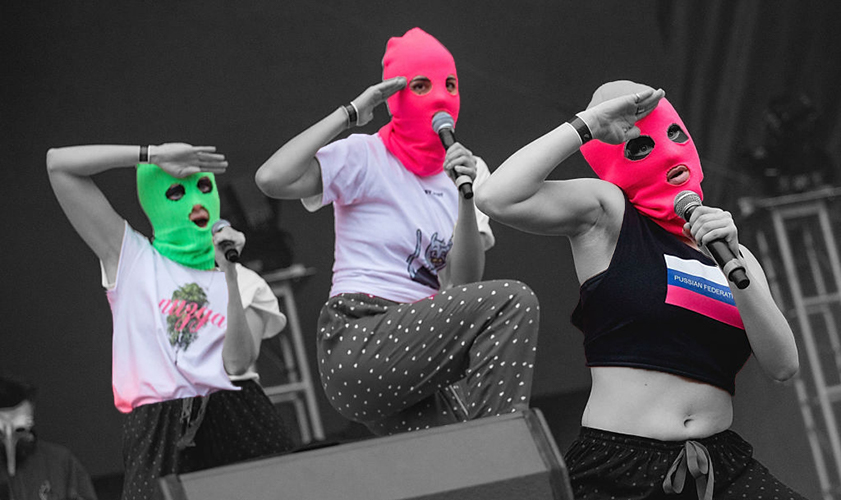 Qezz highlights the importance of female activism from around the world

Tribes, cliques and gangs: all synonyms of a collective group with fixed beliefs. When these groups challenge archaic norms and attempt to change society’s beliefs, they can trigger an uprising, and for those who feel empowered by these rebellious misfits and underdogs, it is beautiful to see these foundations crumble.

Pussy Riot is a feminist protest punk rock group founded in Russia in 2011. Their brightly-coloured ski masks and strong feminist ideology made them stand out, along with their explicit lyrics and controversial protests. They gained recognition after two members, Nadezhda Tolokonnikova and Yekaterina Samutsevich, played a recording of Pussy Riot’s song ‘Ubey Seksista’ (or ‘Kill the Sexist’) at a lecture on feminist punk.

Their activism is necessary to combat fascism and discrimination of queer identities.

Throughout their career, the band staged a series of public performances. The first was in November 2011 called ‘Release the Cobblestones’. Sampling Angelic Upstarts’ 1978 track ‘Police Oppression’, masked members of the group performed on top of scaffolding on the Moscow subway. They’ve struggled with police intervention ever since, and this year, according to the band, a video shoot for their song titled ‘RAGE’ was raided by Russian authorities due to concerns of ‘gay propaganda’. This is an umbrella term for LGBTQ protests that Russian authorities uses to describe ‘extremism’ and also used to shut down Pride celebrations and LGBTQ social media campaigns. The Russian police also allegedly shut off all electricity for the rest of the day at the filming set, which involved 150 women and other LGBTQ activists.

In the past, their activism has managed to reach mainstream media. Madonna has even made a pro-gay speech mentioning them, recounting events from her visit to Russia during her tour in 2012, around the time two members of Pussy Riot had been imprisoned for staging a protest against President Vladimir Putin inside a cathedral.

Their continuing activism is important to the underrepresented and suppressed queer community in Russia. Their activism is necessary to combat fascism and discrimination of queer identities in Russia. Their bravery and sacrifice has allowed future generations to be courageous and create societal change.

Their bravery and sacrifice has allowed future generations to be courageous and create societal change.

The Gulabi Gang is another women-led movement. Formed in 2006, it originates from the Banda District of Uttar Pradesh in India. After witnessing a man in her village beat his wife, leader Sampat Pal Devi founded a community of women who protect each other and fight against traditions such as child marriage and domestic violence. Sampat’s one act of justice encouraged a movement that is now a network of 400,000 women. They’re easily recognised by their pink saris and by the sticks that they wield. These women offer support and training to others to ensure they have the skills and confidence to support and protect themselves. Utar Pradesh is one of the poorest districts in the country and has an extremely patriarchal culture which subjects the women there to female illiteracy, domestic violence, child marriages and dowry demands. In her own words, Sampat says, “We are not a gang in the usual sense of the term, we are a gang for justice.” Just one of their actions was to punish violent husbands and fathers. The members would confront male offenders and prevail upon them to see reason. Severe offenders were publicly shamed when they refused to listen or surrender.

Courtesy of Feminism in India

Pussy Riot’s activism is achieved through political stunts and music videos, often overlaid with relevant social commentary. Their initial arrest started a roar amongst women and gay people across the nation. Pussy Riot practise a Western feminist approach to their sexual liberation and defiance of religious institution in Russia, whereas the Gulabi Gang fight for basic human rights in India among powerless women. It’s important to highlight the need for both these movements – each one creates response from people towards a specific fault in their society’s institution. Both their voices are significant for the victims of abuse and oppression. The feminist activism experience can defer amongst cultures and countries, and it’s important to recognise simple forms of activism while crediting large protests and acts of rebellion. Protesting for school attendance and wearing makeup are huge efforts for different groups in less developed countries.

The feminist activism experience can defer amongst cultures and countries, and it’s important to recognise simple forms of activism while crediting large protests and acts of rebellion.

Their activism may defer in cultural and religious principles; nonetheless across nations female groups like the Pussy Riot and The Gulabi Gang are needed more than ever. Their presence creates safe spaces and voice for underrepresented groups that struggles against oppression, deprivation, freedom of choice and liberation.  Young female activists like Malala Yousefzai, Greta Thunberg, Aranya Johar and more are making revelations and creating enormous societal change, too. Their voices and presence in the mainstream media have created countless opportunities and safe spaces for women.

Systematic and cultural oppression against women has been a timeless issue and is still an ongoing fight. These women help break barriers and create freedom. 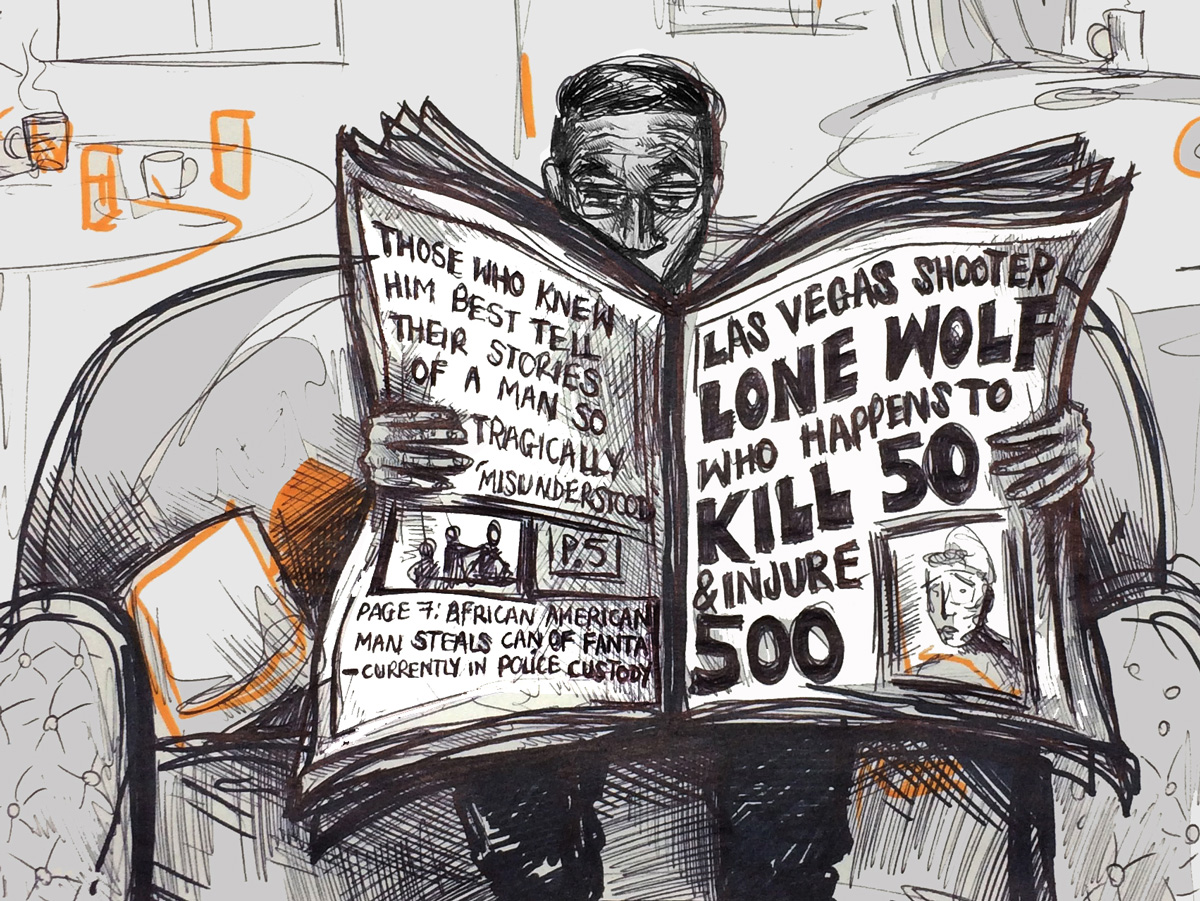 COMIC: When The Shooter Is White...

In the third of her weekly comics, Jazz talks about the media coverage of the Vegas shooting.
Social Issues / October 5, 2017 / Jasmine Thompson 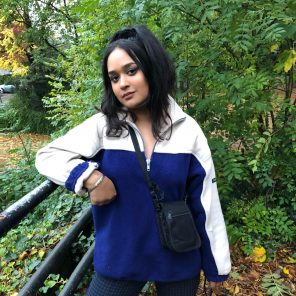 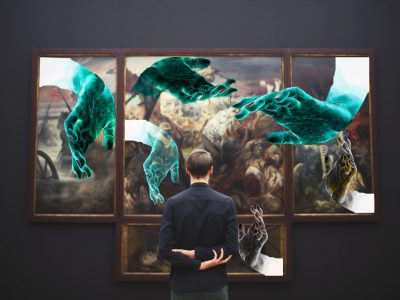 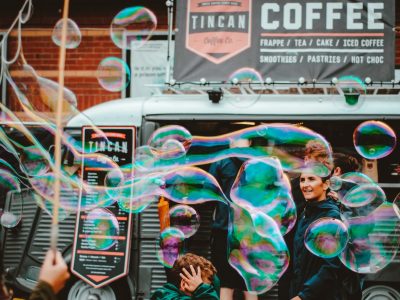 A city novice’s guide to thriving in Bristol 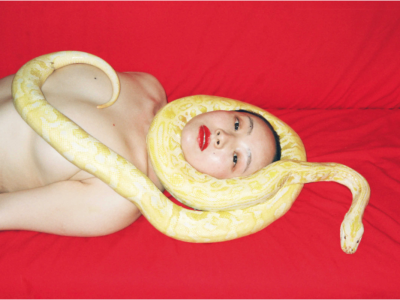 Five rule-breaking photographers you should know