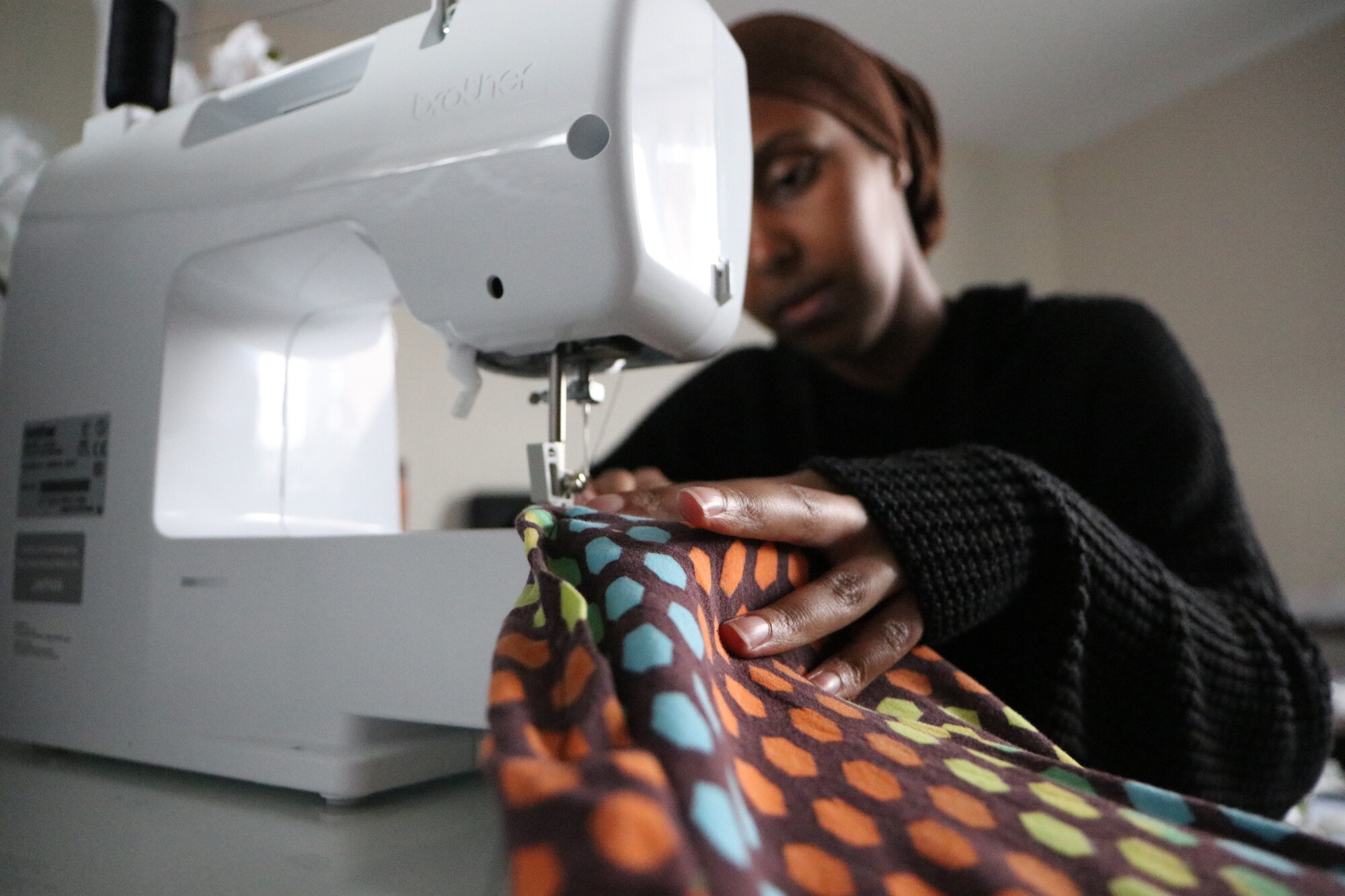 Dee speaks to BAME Bristolians about how they’re saving the planet.

The liberal white middle class dominate the discourse around environmentalism. They’re often considered the de facto authority on the subject and the only ones visible in the conversation. The absence of people of colour on boards of environmental organisations and panels on climate change speaks volumes. We might sometimes get the occasional individual represented, but never a whole community, which always seemed like tokenism to me. Minority groups in this country aren’t exempt from sharing the blame around climate change, but we are hardly ever included as part of the solution. Media representation of the green movement has given us implicit assumptions of who is doing the damage to the environment, and who is doing the work to improve it.

Of course, isn’t indicative of what is really going on. We just aren’t represented in the media as environmentally conscious or actively included in ‘green’ spaces. Last year I started seeing articles and tweets about how we should all dump our un-recyclable plastic toothbrushes for an alternative natural tree-grown toothbrush called a miswak. It’s better for your dental hygiene and super cheap to manufacture, and presumably an answer to the prayers of environmentalist dental hygienists everywhere. It was presented as this genius new way to drive down plastic.

Except miswaks were ‘discovered’ in the same way Columbus ‘discovered’ America. I’ve been seeing miswaks or cadeys as they’re known in Somalia, my entire life and my Pakistani and Bengali friends have too. They’ve always been seen as primitive and backwards, not as a responsible or sustainable act, until it was re-discovered by the right (white) people. 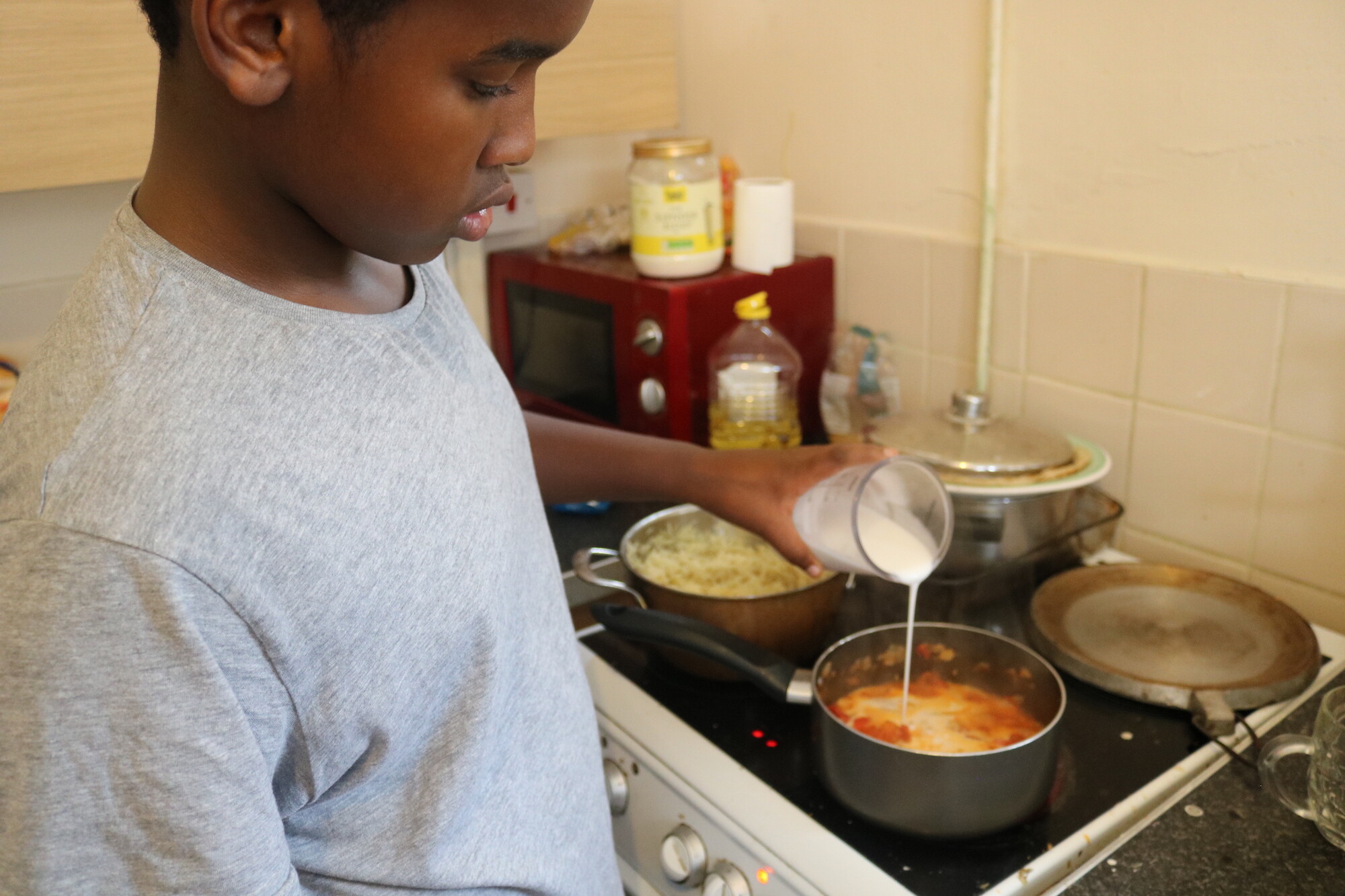 BAME communities pitch in to protect the planet, but the public isn’t privy to it. This work takes place in a private sphere and it’s often not considered something ‘new,’ ‘green’ or ‘innovative,’ it’s how we’ve been living all along. Some of it can be explained by the fact that most minority groups in Bristol have roots in developing countries that are, in general, better at supporting a more sustainable way of life. Most of us maintain our cultural practices here, like creating meals from vegetables grown in your own garden, using reusable cloth nappies, making homemade face-masks and skincare products, and not eating meat. These practices can be as simple as never wasting food – food waste is frowned upon in Islam so a lot of Muslim Bristolians try to keep food waste to an absolute minimum.

Most minority groups in Bristol have roots in developing countries that are, in general, better at supporting a more sustainable way of life. Most of us maintain our cultural practices here in Bristol.

There are growing vegan communities among our youth, just like in the rest of Bristol. 14 year-old Abdulkadir and his sister Isra live with their family in Whitehall. “I’ve graduated from vegetarian to vegan a year ago,” he says, revealing that he only started eating vegan meals because his older sister normally cooks and she’s vegan. “Then I realised how bad beef is for the environment and now I never want to eat meat,” he explains,  showing me the chickpea curry and rice with sweet potatoes and green beans he’s having for tea. Abdul is proud to tell me he cooked it himself, with a teeny tiny bit of help from Mum.

Hana Nour-Elmi, 22, lives in Easton, and she is learning to make her own clothes from her mother. She’s making a ‘baati’, a Somali cotton dress, traditionally worn at home in African households. Hana jokes that her mum’s instructions are too informal: “How wide is the seam, mum? And she says whatever looks right. She seems to think that sewing clothes is innate to me or something.” Hana’s mum confirms with a smile that she does, indeed, believe that Hana should have dress-making “in her bones.”

“Most Somali women and girls wear baatis and diraacs and it’s a good alternative to purchasing clothes from giant fashion retailers,” Hana says. Fast fashion has a large carbon footprint from just transporting the clothes from where they are made to the UK. Also, the clothes are often made with synthetic fibres that don’t last very long and do not decay.  Fahima, a Bengali Bristolian, tells me that her family is pretty similar in that they also either make some of their clothes or purchase their traditional dress from independent local shops in the area.

“Most Somali women and girls wear baatis and diraacs and it’s a good alternative to purchasing clothes from giant fashion retailers,” Hana says.

Most of the people I’ve spoken to were doing their bit at home, but Filsan Ahmed from Eastville has plans of sharing her homemade skincare products with not just the city, but the country. Her brand ‘Nag Nool’ is inspired by face masks made using Qasil, a soap-free cleansing powder made of ground-up leaves from the gob tree, native to East Africa.

“The idea is to eliminate plastic – I’m planning on selling my product in little tins that people can refill. Also, the product is 100% vegan and cruelty-free,” she says. Filsan’s would-be company is still developing but she plans on brining this East African face mask that’s already in use in many BAME households to everyone as a ‘greener’ alternative. 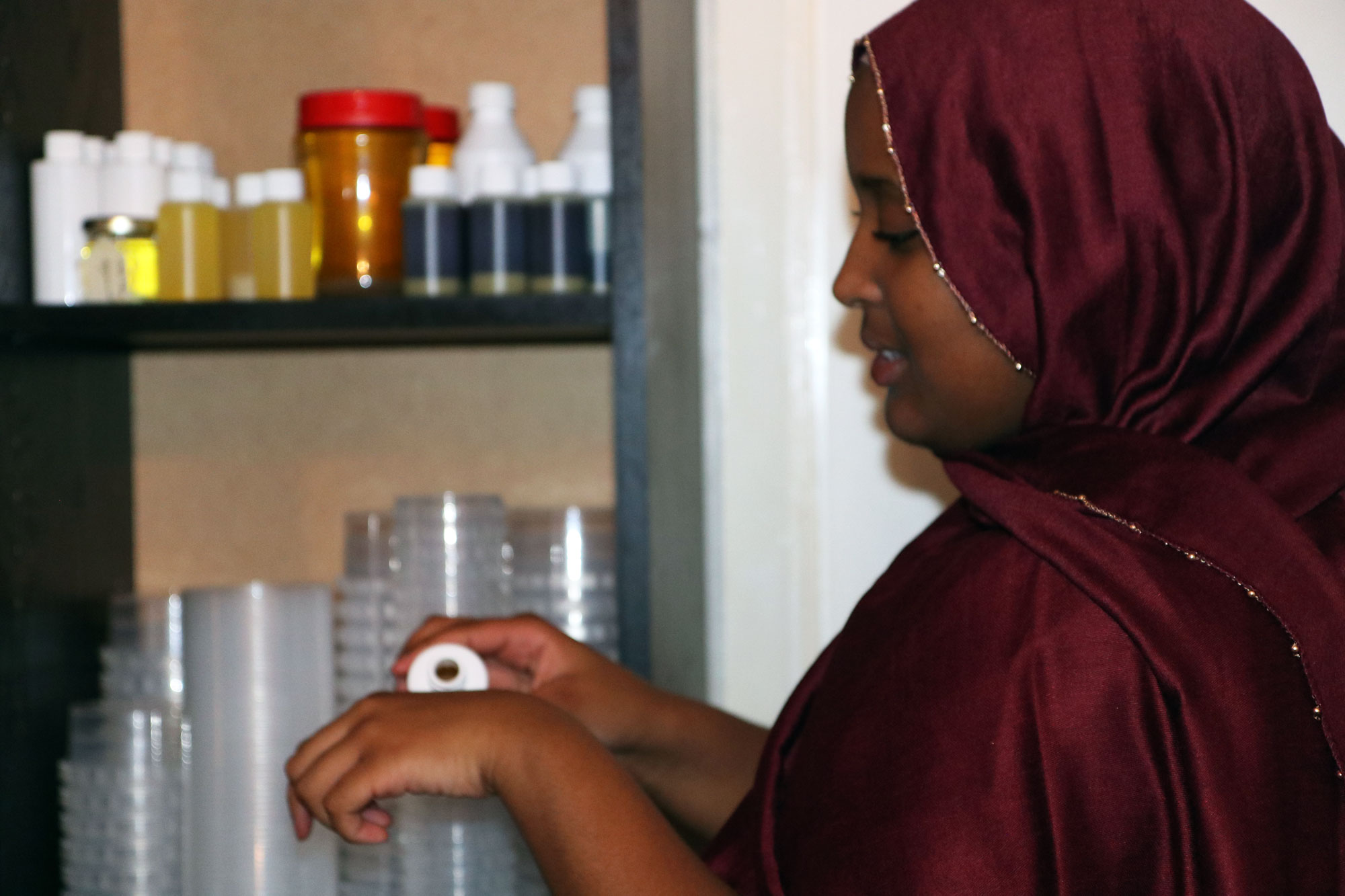 There is an erasure of people of colour in the green movement is deeply problematic because climate change disproportionately affects working-class and non-white communities, yet we mostly hear white middle-class voices.

Abdul, Hana and Filsan are inspiring but they are far from alone in their communities. They are examples of what people of colour are and have already been doing in the name of sustainability. My objective is not to get BAME people involved in the cause but to show that they already are. There is an erasure of people of colour in the green movement is deeply problematic because climate change disproportionately affects working-class and non-white communities, yet we mostly hear white middle-class voices. In Bristol, Fishponds, Stapleton and Easton suffer from the worst air pollution in the entire city. These areas house a lot of Bristol BAME residents and they lie along and collect emissions from the M32. I’ve been given accounts of white colleagues who have changed their cycle routes to and from work to avoid Easton in order to save their lungs just a few minutes in that area, yet BAME families live and work in this pollution every single day.

Of course, more needs to be done to tackle growing climate change, but the only way to that is if everyone is included and it’s not framed as a white middle-class fight. We need to be able to see ourselves in the efforts to live as responsibly as possible in order to inspire everyone to do more.

All photos by Dee Hassan 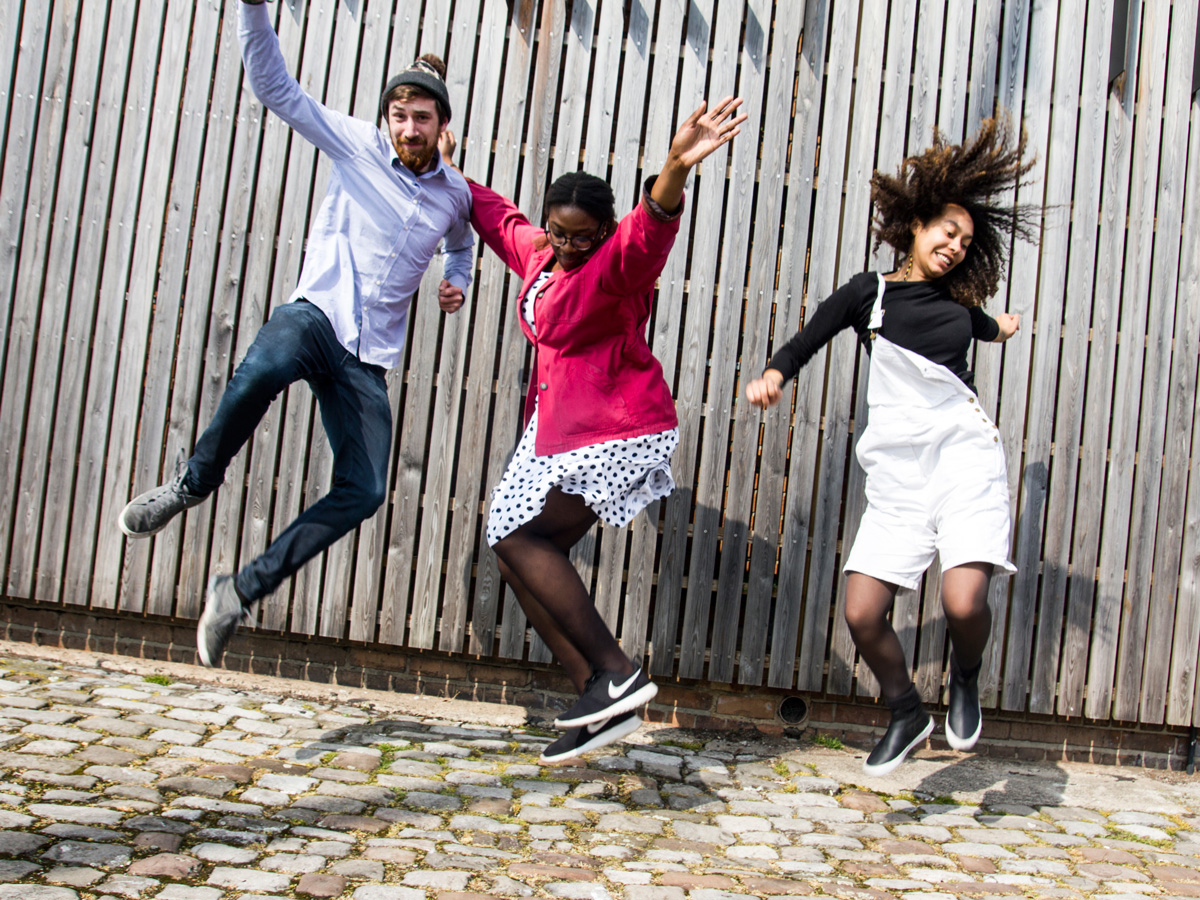 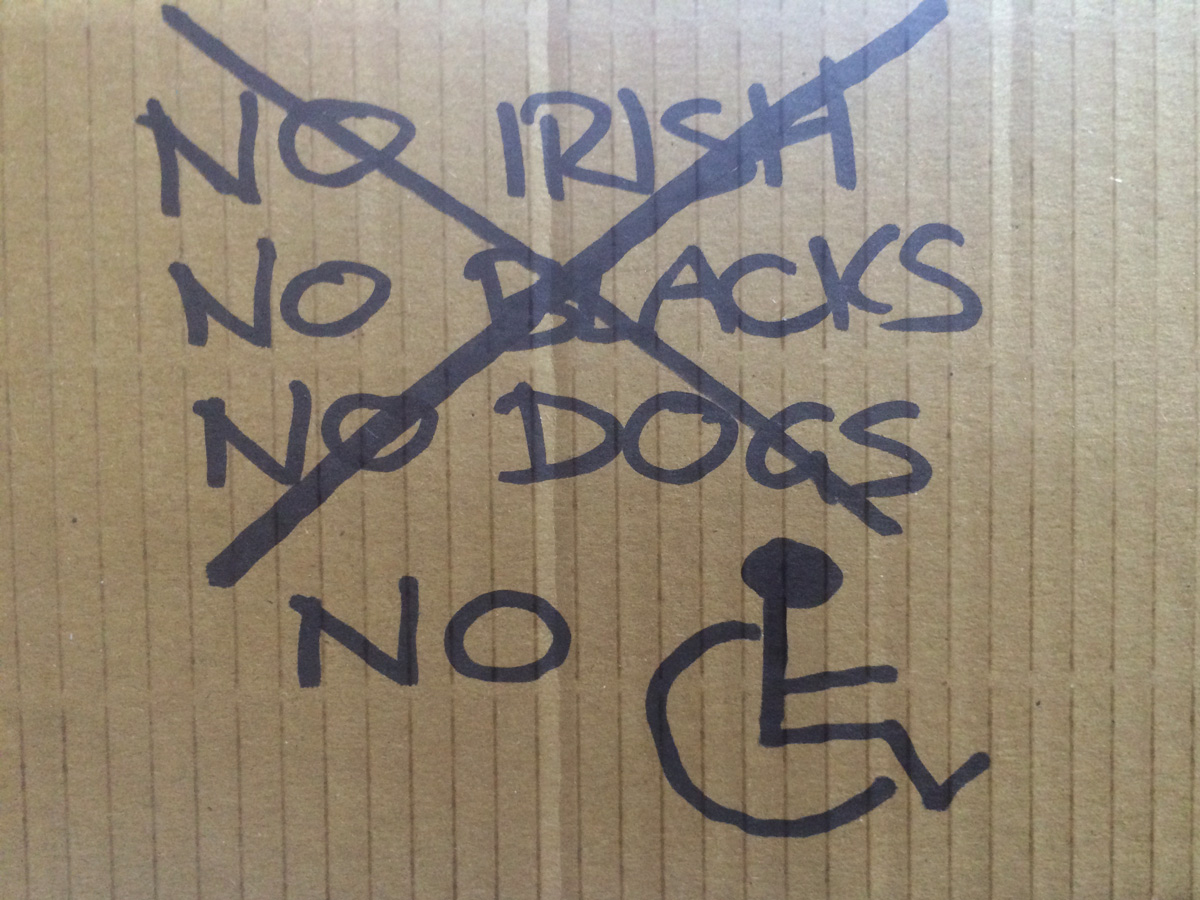 'We have stairs...': on disability and job-hunting

Kerrie Nicholson on how being articulate, motivated and having two degrees doesn't mean anything when you're looking for a job...
Social Issues / June 9, 2014 / Kerrie Nicholson 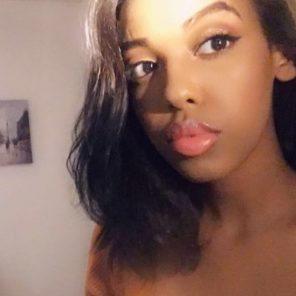 Dee is a Bristol-based content creator with a passion for film, television and literature. As a journalism graduate from a BAME background Dee has a vested interest in representation and diversity in media and has made it her mission in life to make everyone feel visible in her work. Currently, Dee is probably scouring the internet for a rom-com she hasn't seen yet.