Meet the young Bristolians on strike to save our planet 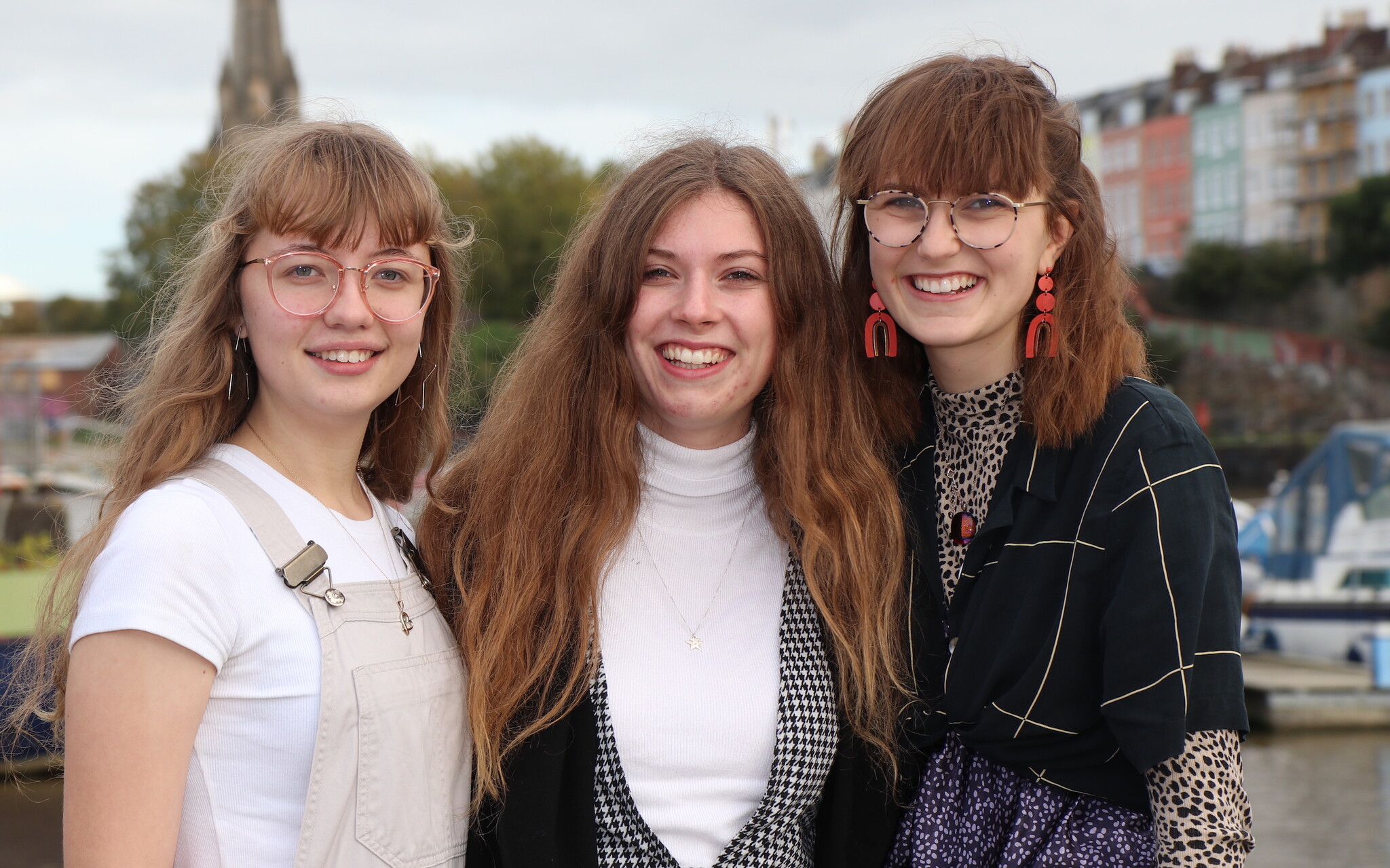 Heulwen, Milly and Lily are part of YouthStrike4Climate Bristol – find out why they’re protesting for less pollution

The school strikes for climate, which have seen young people all over the world stop going to school on Fridays to protest for a less polluted planet, could seem like an extreme way to make a change – or even just a really good excuse to skip lessons. Pioneered by a fifteen-year-old Greta Thunberg when she sat outside Stockholm’s parliament offices one Friday in August last year, the strike for climate movement is now international, and has attracted four million strikers globally at its peak. 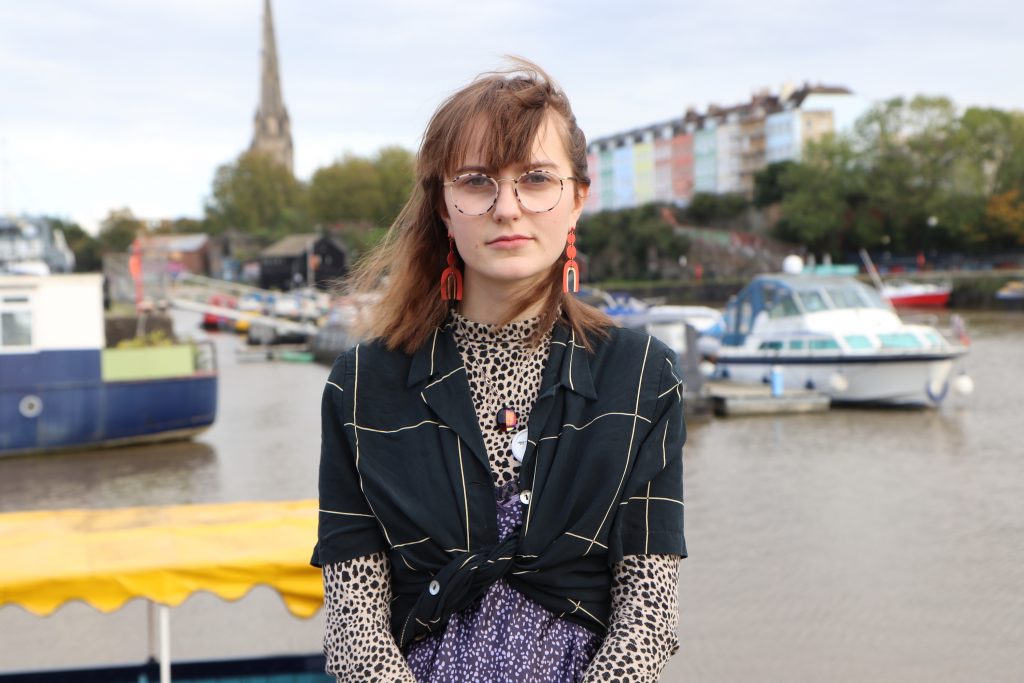 Why is the Youth Climate Strike important to you?

My reasons for striking are quite selfish: if I didn’t, I would feel too guilty. I do not want to sit back, do nothing and be remembered as part of the generation who knew what was happening and still refused to take action.

Why have so many young people been motivated to get involved? Why this, why now?

Every time I strike and see all those other people around me passionate about the welfare of the planet I feel overwhelmed by hope in an otherwise depressing situation. I joined because it was the first glimmer of hope I’ve ever felt towards the climate crisis – and I think this might be other people’s reasoning too. Why now? It’s like with homework, you continually keep putting it off until you can’t any more. We have ignored climate change for as long as we possibly can and now we simply can’t any more.

What are you hoping to achieve?

Our more local demands are for the council to actively oppose the Bristol Airport expansion, despite their lack of actual decision-making on this project, and to divest the Avon Pension Fund away from fossil fuels. 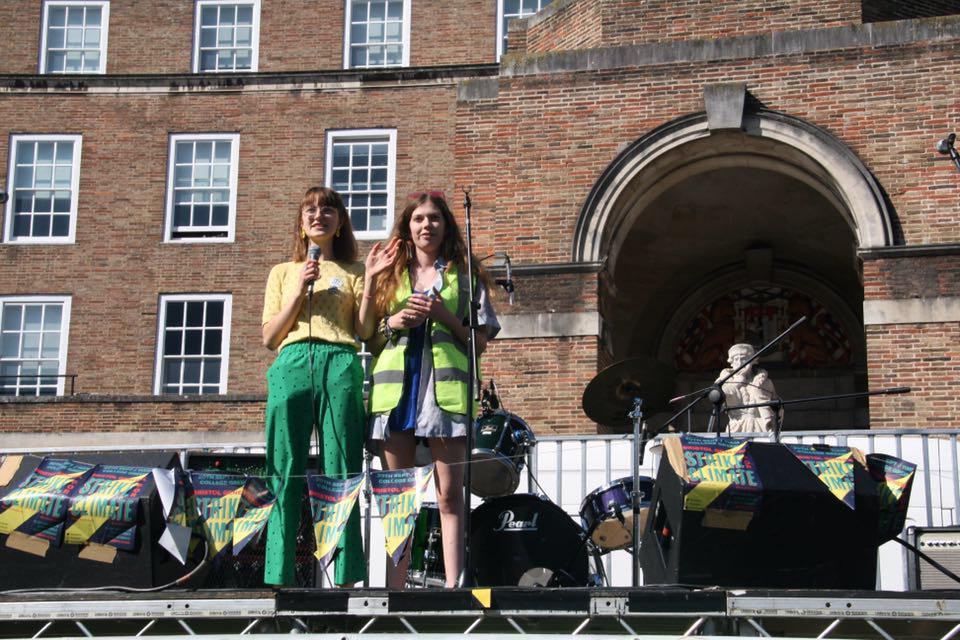 We would much prefer to sit down and talk to people – in fact we try as hard as we can to do so. However, I am just a 17-year-old student. Without this movement no one at all would be listening to any of us. These strikes are a way of sparking necessary conversations.

People say you should be in school getting an education rather than striking, what do you say to them?

I would like to be at school. Balancing strikes and sixth form is extremely difficult. But I can’t simply continue to attend school when we’re not being properly educated about this crisis.

I think that young people have taken it upon themselves to campaign against climate injustice because it’s going to change the majority of their lives and futures. We’ve grown up in an age of ‘reuse, reduce, recycle’, ‘switch off the taps when you’re brushing your teeth’ and ‘turn off the lights when you’re not in the room’ campaigns – all of which advocate for individual change. And although I agree that we should promote individual change, it is not enough in comparison to the scale of this crisis. There has been a lot of anger and feelings of betrayal towards older generations – evidence of climate change has been around for a long time and yet nothing large-scale has been done as of yet. However, I don’t think there is much point in expending what precious little time and energy we have on playing the blame game – instead we must use this anger constructively.

I am slightly biased but I would say – STRIKE! I think the easiest thing that anyone can do is to join local climate groups, strikes or other events or show support for these at the very least. 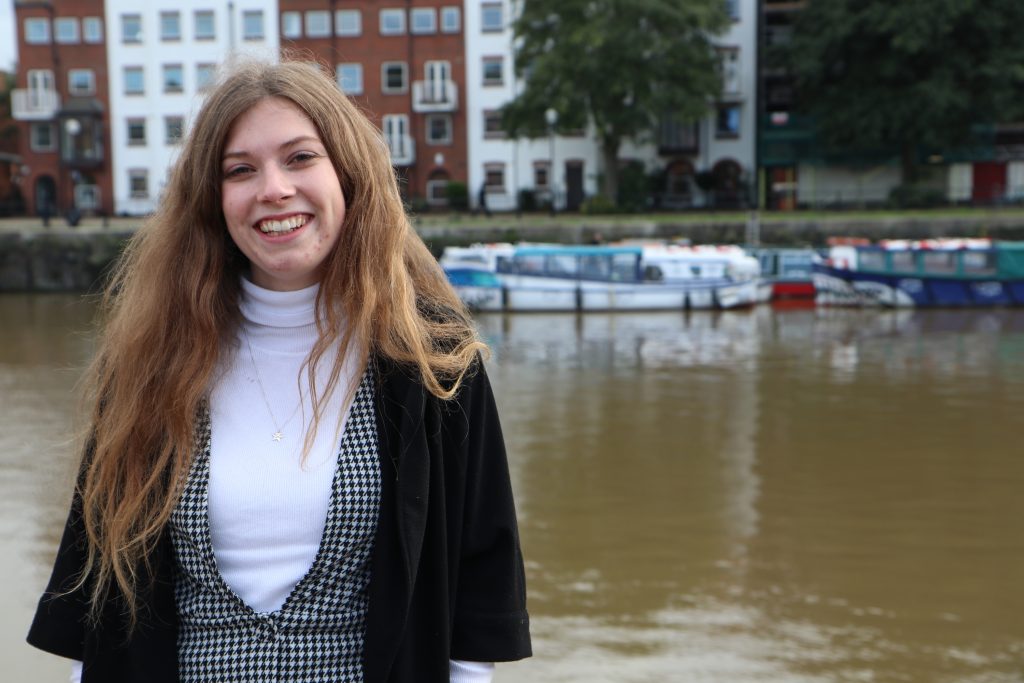 Why is the Youth Climate Strike important to you?

I would say it’s most important to me because it gives young people a voice. It spreads hope for future generations. At 17 I should not be worried about a future I may not get to have. I should not be questioning whether or not to go to university, to get a job or to even have children.

Why have so many young people been motivated to get involved, why this, why now?

I guess it all started with Greta Thunberg. Young people saw a girl just like them standing up for her future and theirs and decided that actually this is something important and this is something that matters right now. If she can do it, we can too and so we will stand with her.

We would much rather sit down and talk to people, causing disruption isn’t exactly ideal for anyone. Unfortunately, not many people want to listen as we are evidently ‘too young to know what we are talking about’ so instead we are raising awareness and bringing attention to the climate breakdown. 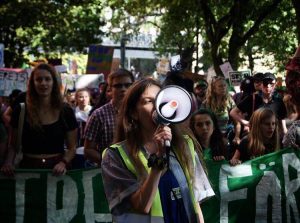 People say you should be in school getting an education rather than striking. What do you say to them?

I don’t want to have to do this. We wouldn’t if we felt that there was a choice. But that choice has been taken from us. When governments, businesses and citizens refuse to listen to the educated, then what is the point of education? We want to make a difference. We don’t want younger generations to feel as if they have to make a decision between their education and their future.

I wouldn’t say it was fair, but what is? We are lucky enough to know exactly what’s happening. A lot of people in older generations had no idea that the energy they were consuming or the plastic they weren’t recycling had an impact on climate change. I also think that young people want to make a difference so have taken it upon themselves to campaign. There has definitely been a lot of anger directed towards older generations but it’s important to remember that climate change isn’t the fault of one single person. It’s due to years of fracking, combustion of fossil fuels, plastic production, deforestation… the list goes on. If causing the climate crisis was a collaborative effort then we can all collaborate to reverse it.

Definitely strike! It’s the best way to bring attention to the cause! Alongside this though there are many other things that young people could do. A few examples could be: start with your school! Maybe create an environmental group and educate lower years? Or help your family switch to a renewable energy provider! And speak to your local MPs! 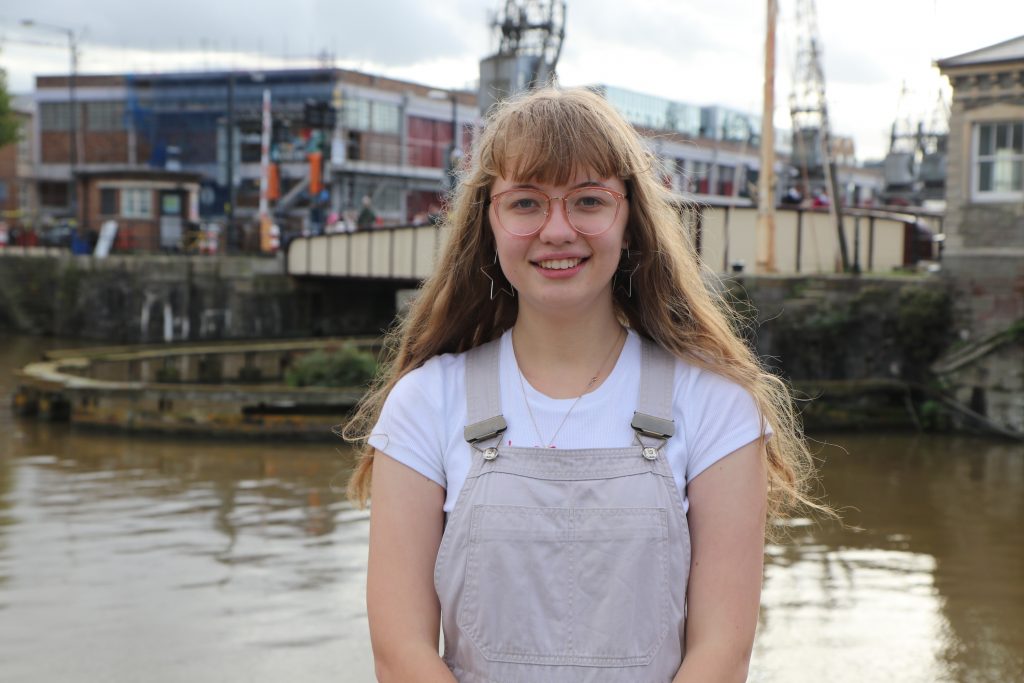 Why have so many young people been motivated to get involved, why this, why now?

Climate Change is such a massive issue that it becomes really isolating and stressful to think about. Movements like the youth strikes remind us that we’re not the only person in the whole world to care. We’re not alone, we’re united in this fight and being heard for the first time. 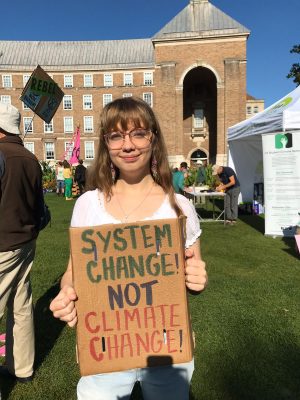 Activists, scientists and pressure groups have been attempting this for decades. In fact, most people now are aware and educated to some extent about the climate crisis. What isn’t understood is the urgency of the situation and disruption is the only tool we feel we’re left with. As young people we try and simply communicate our fears and we get patronised and shut down.

People say you should be in school getting an education rather than striking, what do you say to them?

I really, really wish I could be in school, but my education is going to matter very little if we don’t limit our impact. It’s incredibly hard to balance our roles in the youth strike with our final year of school, as it often takes up the same amount of time as a part time job. However, this criticism of ‘staying in school’ or as I’ve been told, ‘the leaders of tomorrow stayed in school on Friday,’ only makes me more determined than ever to succeed in my studies, too.

It’s incredibly unfair that we are the ones trying to make a change. We’re here trying to clean up the mess created by our parents and grandparents. It’s an ironic kind of role reversal where the government are acting like children, but I’m happy to take the high road if it leads to any change – even if it means taking responsibility for other people’s mistakes.

Strike! Help organise one in your area! Join UKSCN to help with the behind the scenes campaigning, or with graphics or social media. Speak to your parents, grandparents, peers and educate them, make them understand why this is such an important issue. Set up a school group in your area, write to your MP, or ask your teachers to include topics about the climate crisis in lessons.

The next strike for climate is on 29th November. See how you can get involved on the UKSCN website now. 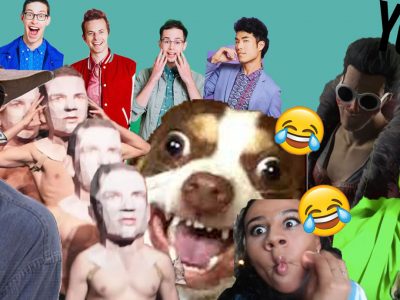 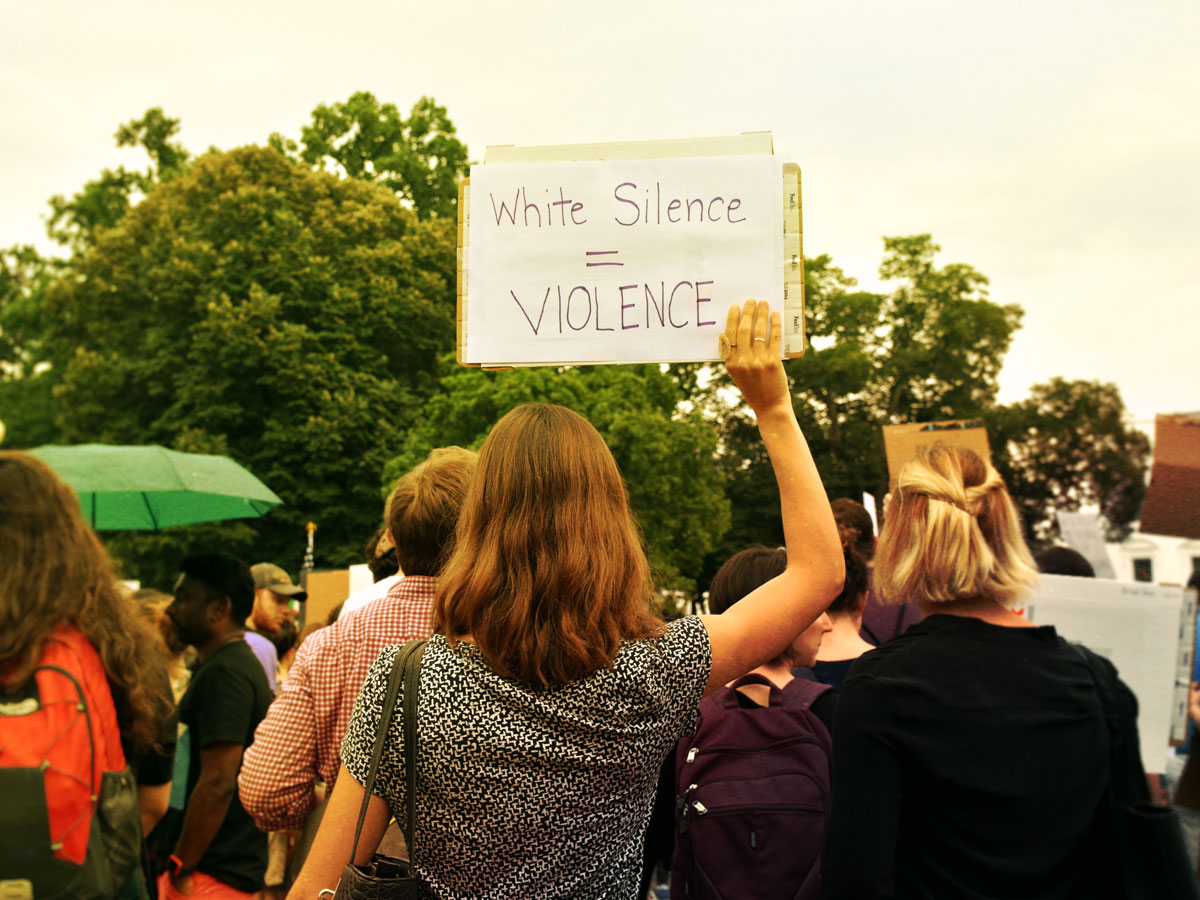 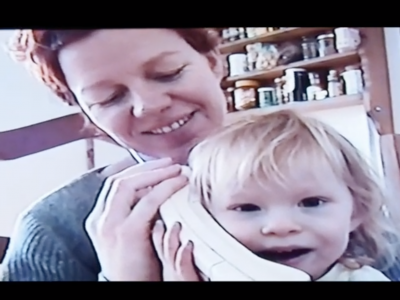 Dyslexia: why is it such a hard word to spell? 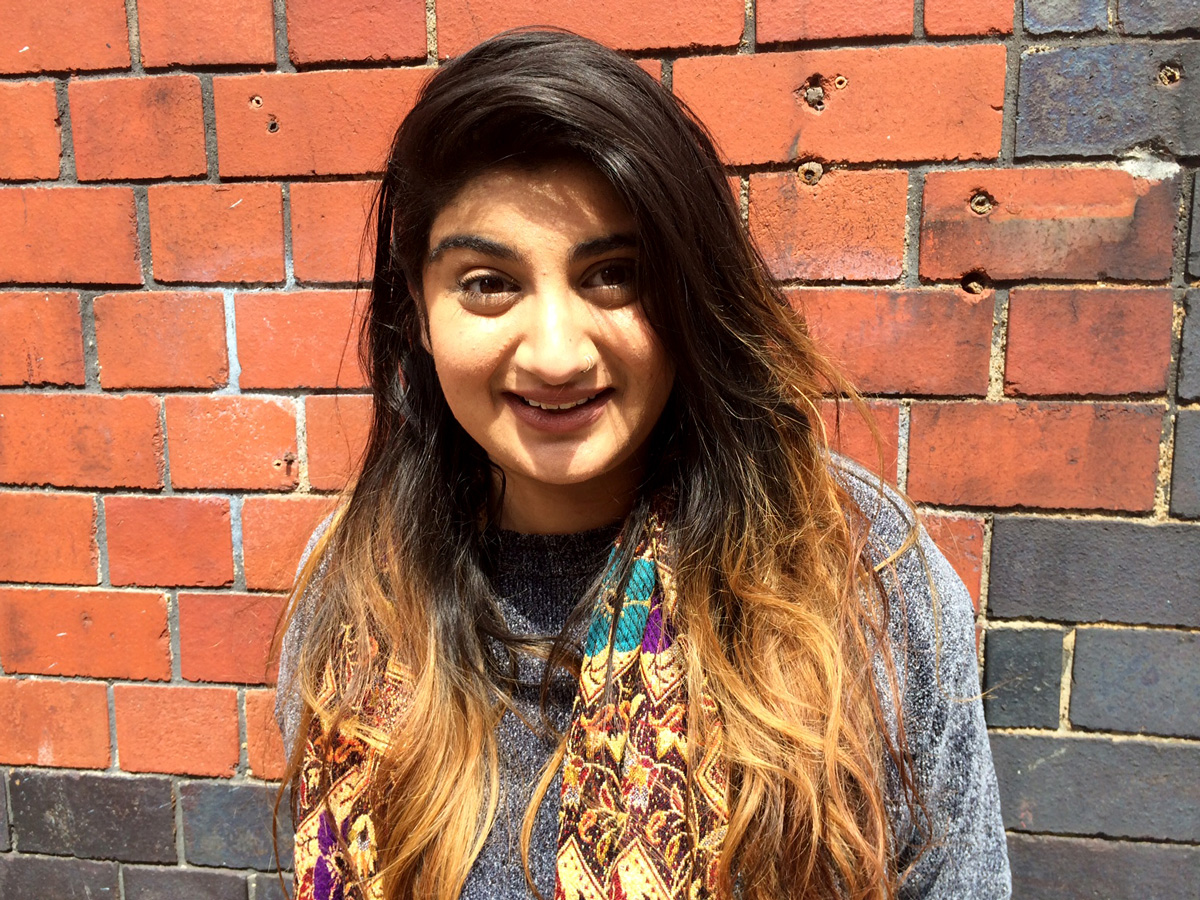 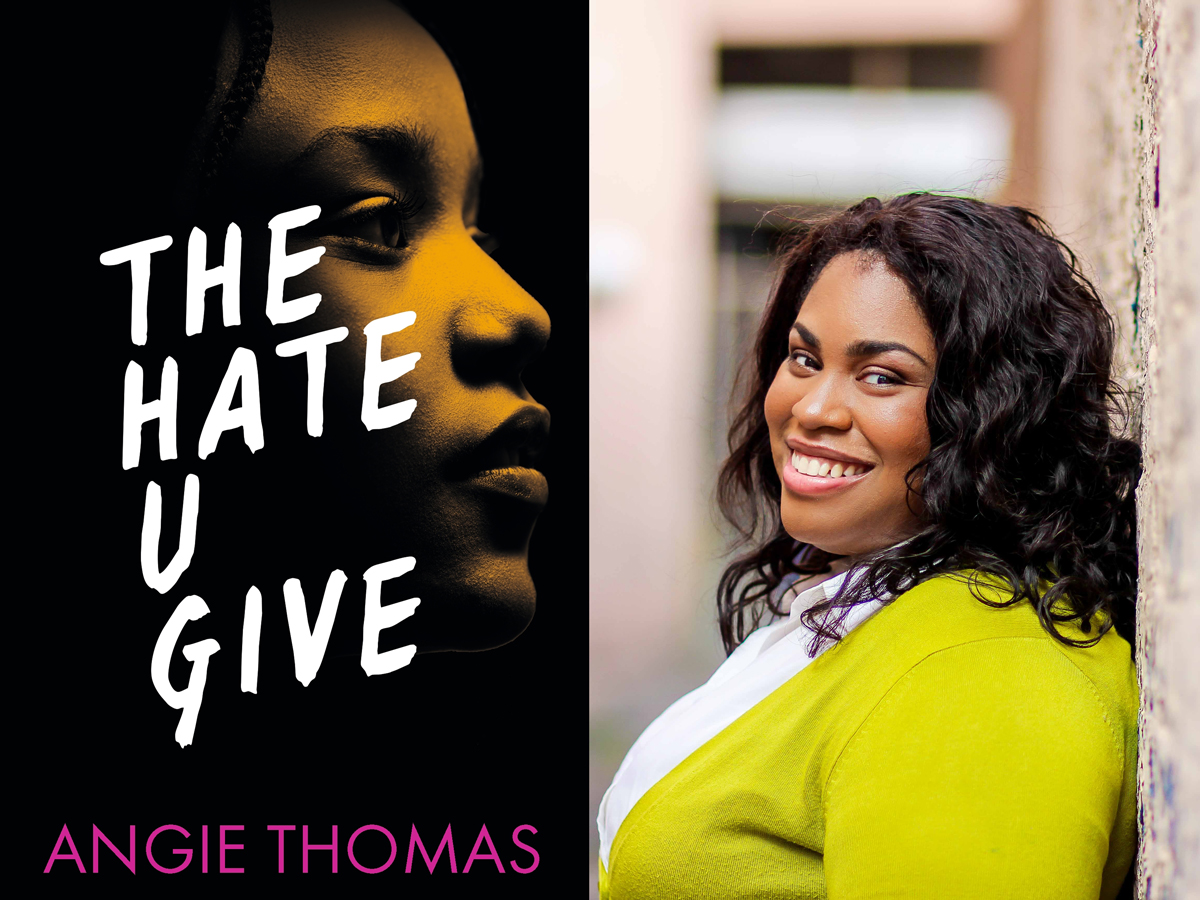 Free Book/Tickets To Event With YA Author, Angie Thomas

Angie Thomas is in conversation with our editor, Nikesh Shukla, at Watershed on 9th April and we have tickets to...
Events / March 23, 2017 / Rife Editor 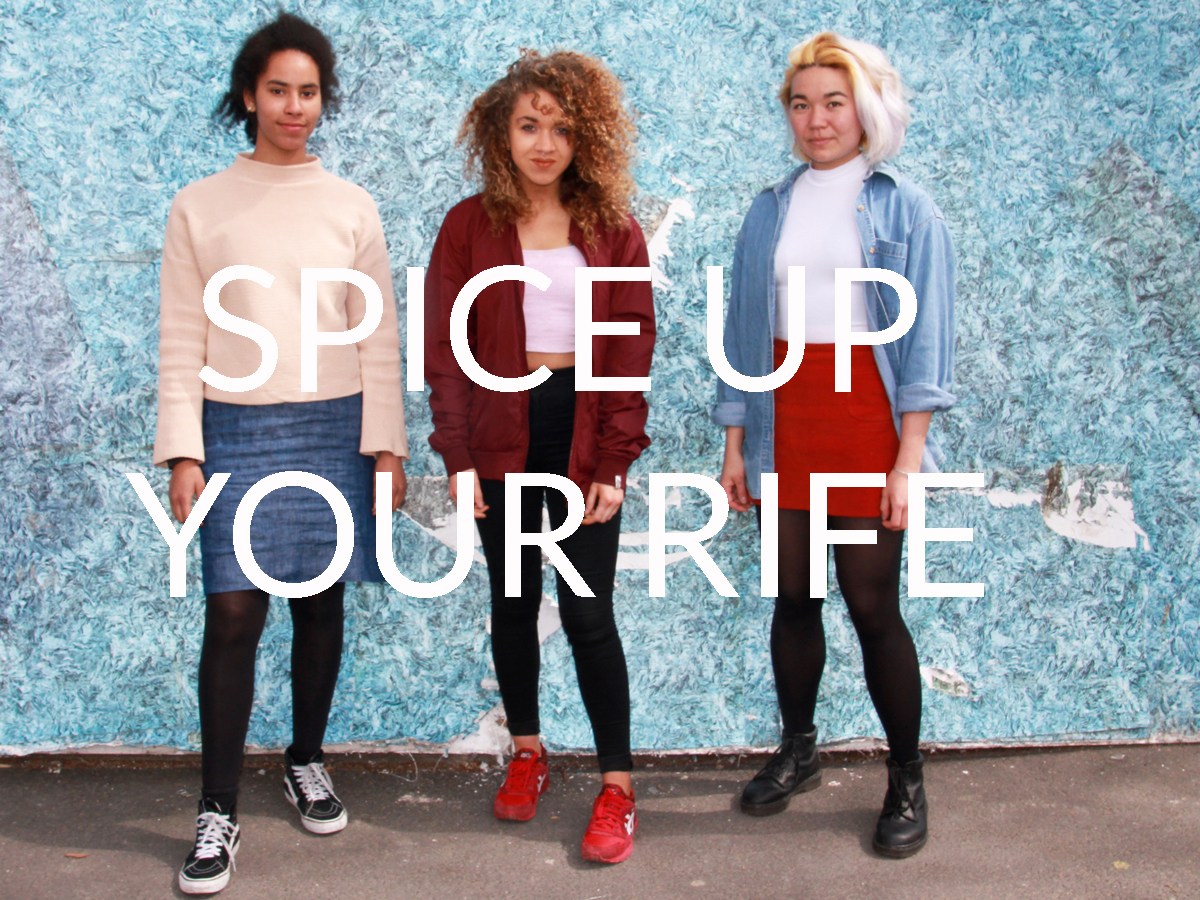