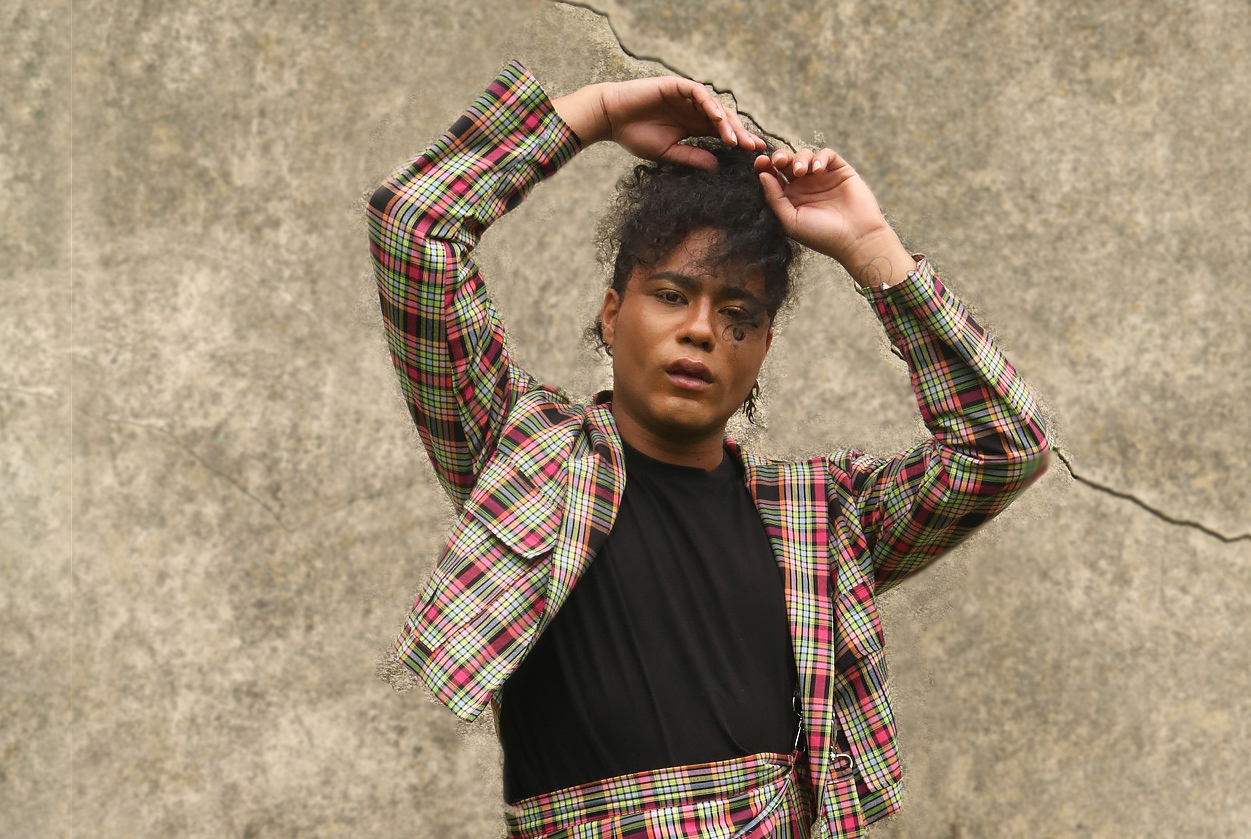 Travis Alabanza grew up in Bristol, and in interviews in publications like the Guardian, they’ve described how they had to learn “really quick how to perform every day” in “a working-class comprehensive school being a very visible, effeminate person that was read as a man.”

Since then, the trans performer, artist and theatre-maker has moved to London and become a critically-acclaimed activist-artist, performing their devastating, darkly funny work across the country. They’ll be bringing their one-person show, Burgerz, to the Bristol Old Vic from tomorrow until Sunday (20-23 November). It’s already sold so well it’s on its second release of tickets – so snatch one up before they’re sold out. We caught up with them before their hometown’s opening night.

Without giving too much away, what is Burgerz about?
Hmmm, okay! NO spoilers… basically, a burger was thrown at me in 2016 during a transphobic attack. So I decided I needed to cook a burger to get over it… But I can’t do it by myself… I can’t say any more without spoilers. Burgerz is about meat, violence, standing up for other people, men, fragility, strength.

Was there a particular moment that made you think, ‘that’s it, I have to write this show’?
It’s not like the burger hit me and before it landed I knew I had to send the Arts Council application in! But I was looking for a piece of work that encompassed the complexities of what it means to be trans and experience harassment, and I wasn’t finding it in British theatre. Meanwhile, it felt like everyone was talking ABOUT trans people, but we weren’t able to have our own voices on big stages. Theatre is a place we reflect current politics, and I wanted to create something that captured a response to the current climate of anti-trans violence. I wanted to make a show that could maybe make a small change, and could be a way for people to understand and stand in solidarity with our community. 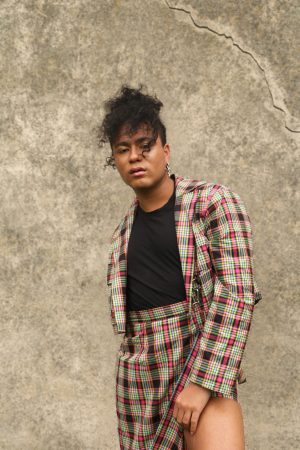 Burgerz has been reviewed really well. What did you think when you first read the reviews?
Of course there’s the odd bad review too. But the response has been more than I could have imagined. It’s my first ‘proper’ theatre show that i’ve written and made myself, with the help of Hackney Showroom, and to see it win awards, sell out venues, get the respect of peers I’ve admired – it’s all a bit overwhelming, really. I try and just focus on the work, make sure I’m proud of it, and then whatever follows… follows.

What’s been the best part of touring? What’s been the worst?
Touring away from your friends is hard! But I’ve been touring independently as an artist for three years now. In fact, I toured more two years ago then this year – so I’m used to being away, and also have made friends in a lot of places in different cities. I enjoy bringing the work to places that maybe don’t have as many chances to see work by Black queer artists on main stages. I like connecting with different aspects of queer culture in different places.

What’s it like bringing the show to Bristol?
I grew up here. This is my hometown. Old Vic was the theatre I always dreamed of being in, and never thought I could be. I have SO many feelings about this show coming to Bristol. My mum and best friends are coming, old teachers, old exes, people who helped shape me, people who put up with me when I wasn’t such an easy kid… when I heard that Old Vic said they wanted my show, then when I heard we had to add more tickets due to it selling out so quick, I had a little emotional moment. So much of Bristol holds so many of my memories and dreams and ambitions. It was such a vibrant, hard, interesting place to grow up in, and to do a show where you grew up, where you can walk round and bump into people who knew you 10 or 15 years ago – it means something. I’m excited. 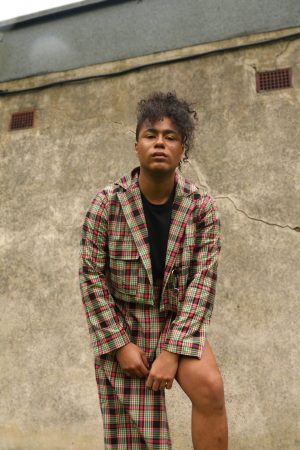 You’ll be here for a few nights – what will you be doing with your spare time?
I’ll be seeing my cat, who I have a long distance relationship with. My Mum is here. My childhood pals. I’m going to be watching a lot of films with them, going to my favourite clubs, and just catching up with loved ones.

What do you hope people take away with them after watching the show?

What advice would you give to a young creative who is inspired by your work?
I would say you don’t need to have a ‘traditional’ route to do anything -you can make your own rules! It’s hard, but try not to spend too much time wondering over all the things you are not, and instead celebrate what you are and can do. The arts needs you more than you need the arts. I always try and remember that. Practice. Practice. Practice. And have fun!

What are you excited about that’s coming up next?
I can’t wait for a good sleep that lasts a thousand years, and Christmas Eve at the Cat and Wheel.

Burgerz will be at the Bristol Old Vic from tomorrow until Sunday (20-23 November). Get your ticket now. 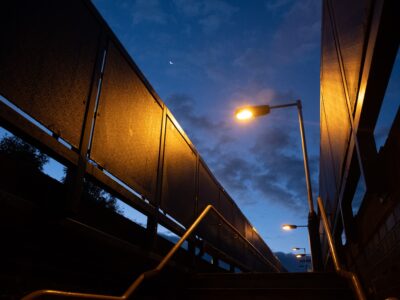 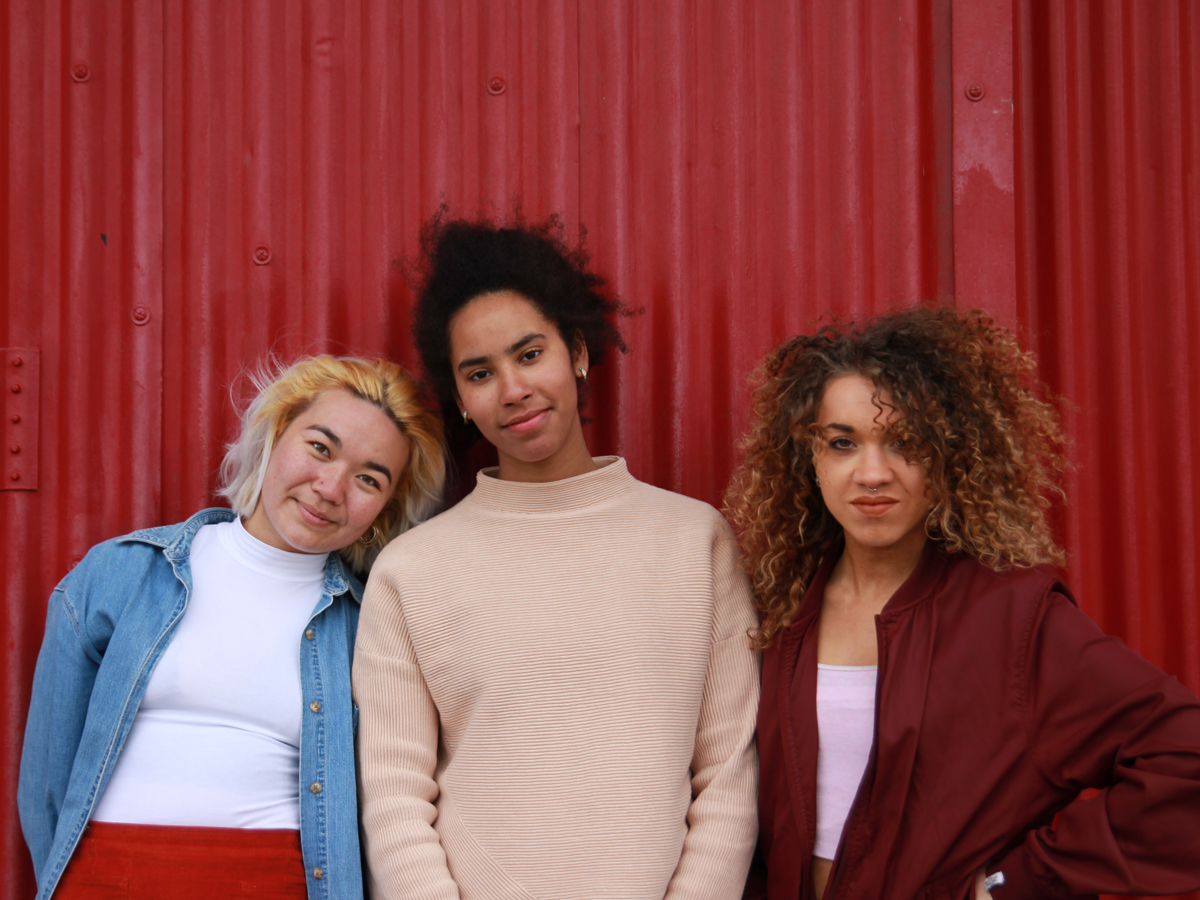 Our editor reflects on another Rife team and where they go from here.
Bristol / October 17, 2016 / Rife Editor

We have two pairs of tickets to give away to two lucky winners to see Goldie and the Heritage Orchestra...
Music / July 1, 2015 / Rife Editor
<PreviousNext>