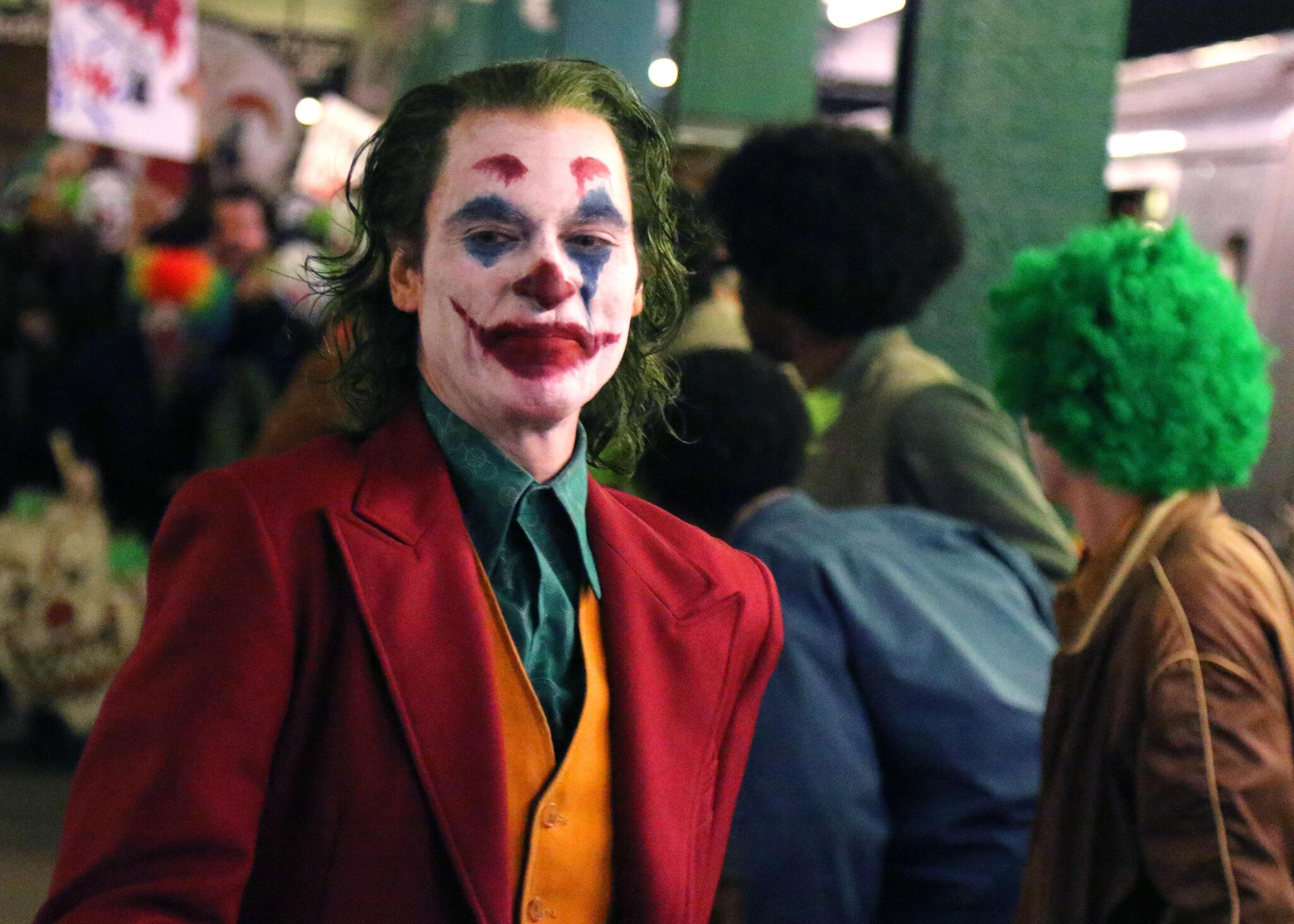 *This article contains LOADS of spoilers. Don’t say we didn’t warn you*

Joker is a dark descent into the mind of a well-known comic book villain, the Joker. Child abuse and a lack of support for mental illness are depicted as contributing factors to Arthur Fleck (Joaquin Phoenix)’s journey into criminal activity and the emergence of his alter-ego.

The world repeatedly beats Arthur down, creating a motive for the atrocities he commits.  He suffers from a fictional illness that forces him to burst out into fits of laughter, similar to Tourette Syndrome tics. His illness is used as a metaphor for other mental health concerns. He hallucinates and finds himself isolated, with only his abusive mother for company. At work, he is treated as a ‘freak’. The audience are encouraged to sympathise with him as he has nowhere to turn before his psychosis becomes criminal.

Arthur has a false sense of security, the unsteady blanket of comfort that he uses to stabilise his garbled sense of reality: he believes he is destined to become a comedian, and has a higher purpose to bring laughter and joy to the drab and decomposing streets of Gotham City. He is revealed as an unreliable narrator through misleading hallucinogenic fantasies that compare what Arthur wants to what he actually has. Director – Todd Phillips tricks the audience by not informing them of these deceptions and instead allows them to believe what is shown on screen. The sequences with his comforting neighbour Sophie Dumond (Zazie Beetz) are revealed, near the end of the film, as merely a fantasy. She has never actually had any real contact with him, and in actuality she is afraid of him. She is another person who he has moulded to fit into his version of the world. Each character has become a playing piece.

She is another person who he has moulded to fit into his version of the world. Each character has become a playing piece.

Certain characters seek to derail Arthur’s feeling of safety, such as Murray Franklin (Robert De Niro) who publicly humiliates him by mocking Arthur’s stand up on television. When Murray then invites Arthur to be on the show, it further destabilises him as it adds to his narcissistic notions that he is infact ‘important’.  Arthur rehearses what he will say and do on the talk show and insists on being introduced by his alter ego ‘Joker’, a name he uses because Murray called him that when mocking his clip. By coming onto the show in full clown face, he becomes a politicised creation as he is adopting the riotous identity, that he inspired through the ‘vigilante’ murder of three businessman. This is the spark that ignites riots within Gotham against the elite who care very little about the poverty stricken who are living in the downtown.  Arthur soon takes charge of the situation and establishes himself as a villain.  The murder of Murray Franklin on Iive television, is the final act that creates the Joker.

“All I have, are negative thoughts” Arthur says to the inattentive therapist who informs him that he will no longer be receiving the support of the state for his mental instability. Funding for his, and many others, sessions have been removed, leaving the vulnerable to fend for themselves. The depiction of the therapist and the mental health association in Gotham is bleak, but as Arthur is our narrator, perhaps this is a way that he wants us to see it. Nevertheless she is constantly shown warning signs in regards to Arthur’s deteriorating condition, and even though he is on seven different medications, she seems to ignore his desperate need to be heard. It’s almost as though he has to prove himself to get the help that he requires. He then learns that his mother has deceived him and she is in fact responsible for his illness after causing a head trauma at a young age. All of the reassurance that he has is removed and he is left without anywhere to turn. The therapist tells him, “the town doesn’t give a shit about people like him.”

All I have, are negative thoughts” Arthur says to the inattentive therapist who informs him that he will no longer be receiving the support of the state for his mental instability.

After seeing Arthur at his most vulnerable, that is then counteracted with an incredibly vicious act. He lets himself in to his neighbour, Sophie’s, apartment. Up until this moment, the audience assume that he and Sophie are friends or perhaps even on the cusp of a relationship. We see Arthur on the sofa, hunched over in despair. Sophie appears in the doorway with a horrified facial expression. “Your names Arthur isn’t it? You’ve walked into the wrong apartment,” she says with a shudder as he doesn’t look at her. It soon becomes apparent that those moments with her have been purely fantasies and she is actually afraid of him. The mood changes as the audience are then made aware, through a montage of the scenes, that he was alone in every one of them. It becomes a completely different film as we realise that it is Arthur’s mind that the film is being filtered through. The scene cuts away and we are to assume that he has murdered Sophie and her child.

The film is melancholic in the way that it depicts mental illness, though it is perhaps problematic that the line between Arthur’s psychosis and his status as a mass murderer is very blurry. He seems unable to comprehend reality from fiction, and he stops trying to distinguish the two and takes his place as the ‘king’ of the downtrodden. By telling the narrative through a source that the audience does not realise is unreliable allows the audience to safely experience the world through the vision of a severely delusional individual. This is a film where the audience get taken for fools as they blindly follow the main character’s version of events.

This is a film where the audience get taken for fools as they blindly follow the main character’s version of events.

Rewatching the film makes recognising the illusions easier, like the Sophie storyline, though she’s never actually given a name through the course of the film. As Arthur is the narrator, we experience the events through his understanding, and that he never learns her name displays the limited information the audience receive through the narrator.

As both the protagonist and the antagonist, Arthur has many layers: a comic book villain, but also a loner, an introvert, and a figure who is defined by the acts he commits. Villains are evolving in cinema and becoming three-dimensional characters, and Joker is perfect because it not only shows his origin but offers reasons for it. Rather than being purely a narrative device to further the hero’s journey, villains are humanized. This is an intriguing time for cinema, and for once, the heroes are being overshadowed by their nemeses. 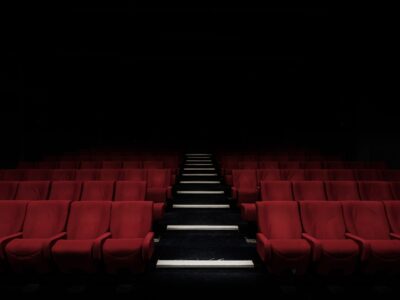 Dana was less than impressed with the film's depiction of cruel ringmaster, PT Barnum
Film / May 7, 2020 / Dana Archer 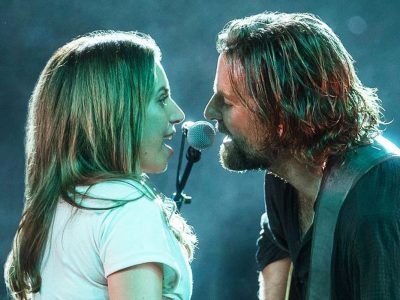 Dana reflects on the hit film and asks if it fits in with how we see IRL celebs Please note...
Film / November 22, 2018 / Dana Archer
<PreviousNext>