Masculinity, Mandela and motherland: Ellams’ bold play pulls back the curtain on barbershops across the world.

Barber Shop Chronicles is a play written by UK-based Nigerian playwright Inua Ellams and it’s currently being performed Bristol Old Vic after two sell-out runs and a world tour. The play follows thirty characters (played by twelve actors) between different barbershops in London and across Africa.

What I was struck by watching Barber Shop Chronicles was how unique it was to see black men on stage go through the full spectrum of emotions – how unique it was to see them laughing and joyful. At the same time it is depressing that in 2019, black joy is still seen as so radical and so revolutionary. Or that I am even considering writing about how ‘a black man smiled on stage and it reminded me of my father.’ Of course it reminded me of my father, who smiles just as any white person would. It only speaks to the kind of oppressive system we live in that forces an act of joy to become radical to the point where it’s almost political. 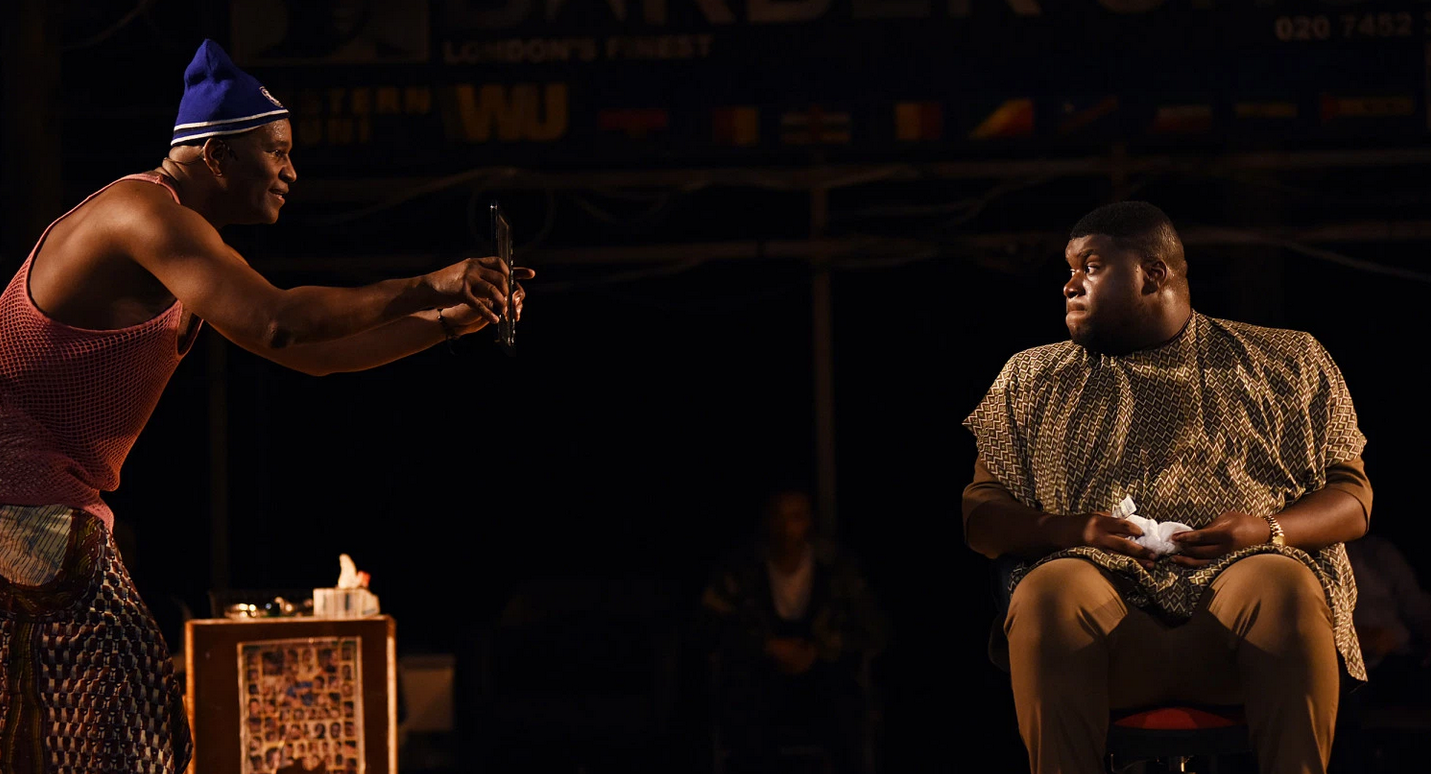 When the shape up ain’t crisp

‘Money is the root of all evil’

Capitalism is a pertinent theme in this play. In the industrial revolution, capitalism found a way to package time. During the colonisation of Africa capitalism shifted societal structures towards a system that oppressed us for centuries. On our backs empires have risen and fallen, nation states have been built. As another character, this time in Nigeria, says, ‘time cannot constrain us.’ He goes on to explain why we call it ‘Black time,’ when we turn up to events late. Time is not our master, we are the makers of time, he says.

Africa as a continent, in my opinion and in the opinion of the characters in the play, has never paid heed to time. Perhaps it makes sense then, that the barbershops appear and disappear. Time is nonlinear in the play – and it does not constrain the characters or the story. We move continents as themes like fatherhood and mental health branch across nations. Everything in the play screams ‘time will not constrain us’ – we were worked too hard for too long, we were colonised, enslaved, oppressed, and now we will do things to luxuriate in our time. The black people of Barbershop Chronicles are the masters of time. The barbershop is a deliberate act of self-care, a kind of revolutionary event, that almost every black man seems to prioritise. To take time to look after their hair, yes – afro hair requiring grooming, and oiling and proper care and attention – but also the time to look after their minds and their spirits. 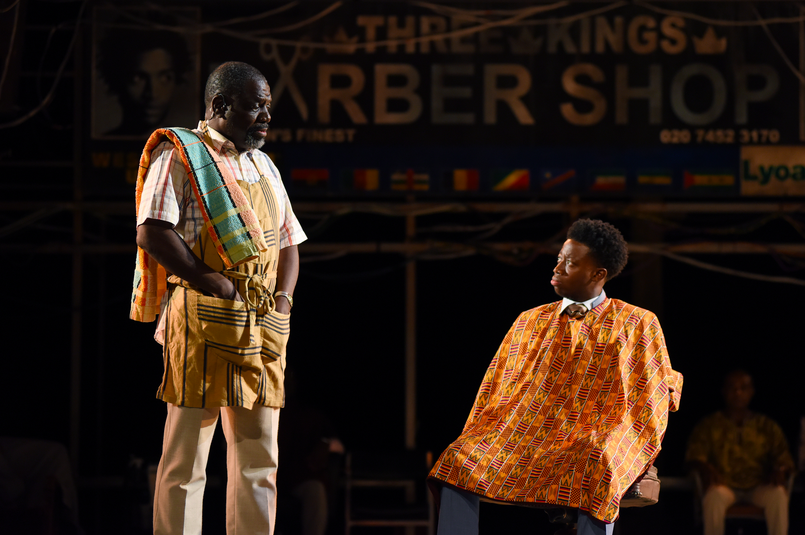 My man moved to cut my fro

In the play, the barbershop in London is where men go to relate microaggressions and macroaggressions and to discuss the feelings of black diaspora everywhere, for example not feeling black enough. When one of the characters says to a barber that he doesn’t think he fits in with the idea of what a strong black man is, the barber replies: a strong black man is whatever you are. It’s a beautiful radical conversation, that affirms the uniqueness of black identities crafted in the barbershop. In South Africa, the characters relate the trauma of their colonial history. The colonisers, forced them to work on vineyards, only paying them in alcohol, causing the alcoholism that one of the characters still struggles with. As the same character shouts ‘Fuck Mandela,’ a discussion on the legacy of an unresolved colonial violence begins in the barbershop, which is now a political forum where issues like the legacy of colonialism and whether n*gga is any different to n*gger can be debated away from the white gaze.

Fatherhood is a pertinent theme that repeats again and again – what is the role of a black father? I do not mean in the racist “stereotypes” of the West which portray an absent Black father – but instead how does a father manifest? What makes a good one? How have our fathers failed us, and how can we be better than them? 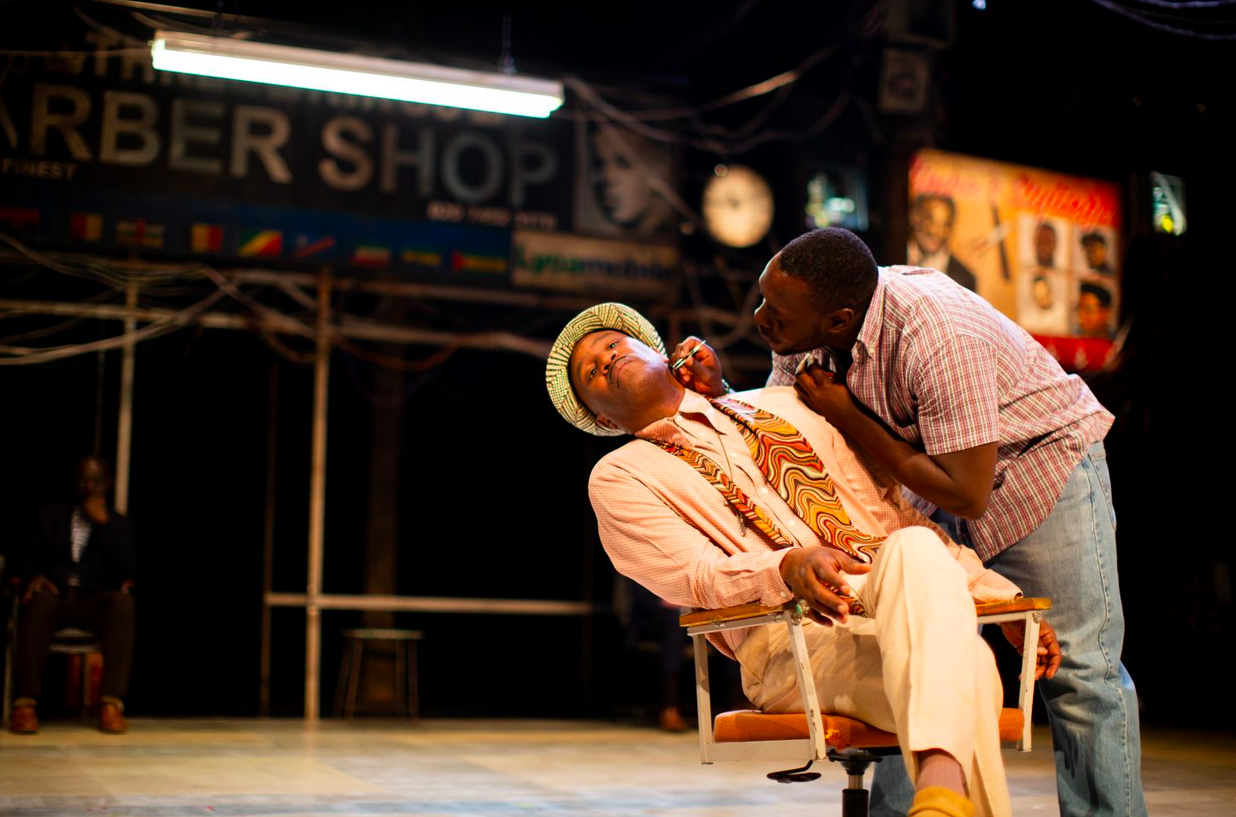 When your man’s training to be a freelance surgeon

‘We are all orphans here’

As one Nigerian character in London heartbreakingly points out, the sentiment felt by those in the diaspora; ‘our leaders… our fathers have failed us, we are motherless away from our motherlands, in a way we are all orphans here.’ This existential longing to belong somewhere and to something is one I feel intensely and which seemed to resonate with my siblings and the other black people in the audience. It resonated with Ellams enough to write this play that is incredibly funny in a way that can only be very, very black and so heartbreaking all at once, if you consider how colonialism has ravaged the continent. We are all reeling from it be it on the micro (colourism, texturism), or macro (dictatorships, neo-colonialism, international aid even climate change) scale. These are all histories of the exploitation and subjugation of black folk.

My own country, Somalia, has survived four imperial powers, a cold war and a civil war, and is still torn apart by political unrest. And yet, this play is not about black pain, it’s not even about black struggle. It’s about the barbershop as a sacred space to reenergize the black men who go there, the barbershop as a different way to exist in community (think of that old african adage it takes a village to raise a child). It’s where men can go to discuss politics, family struggles, feeling isolated and alienated in the West and in their own countries with foreign neo-colonialist ventures, the real tangible burnout of everyday racism in institutions, of governments that fail to function, or are systematically violent. Barber Shop Chronicles venerates the safe haven of the barbershop for black men. One that forgoes the diaspora wars, that is necessary and vital to their care, where they can be vulnerable in a way the world does not let them, a refuge, a haven, a barbershop. Same simple set up everywhere in the world, and the same magic.

As we left the theatre, I asked my brother what he talks about at the barbershop. He said he doesn’t speak. He’s silent for now, too worried about messing up his perfect fade – but I know in the future, if he ever wants to talk, there will be a place for him.

Barber Shop Chronicles is currently on at the Bristol Old Vic until 18th May. Read more about it and grab a ticket here. 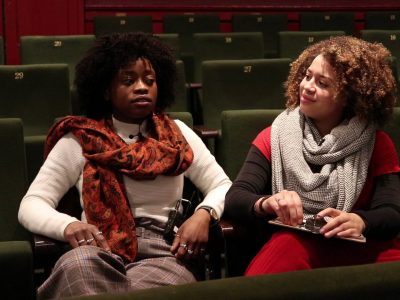 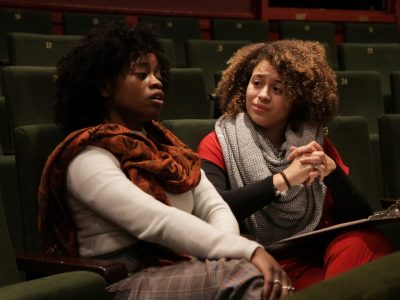 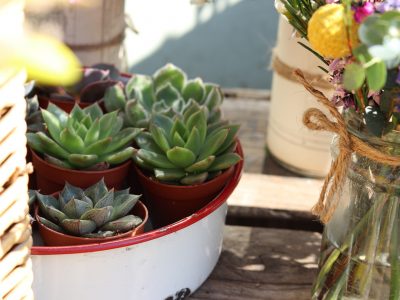