Grayson Perry is on an epic mission to make art more accessible. Is it working?

I’ve never quite been at home in an art gallery.

‘One of my kind of, campaigns, is to widen the audience for contemporary art. The art world has, I think, a slightly uncomfortable relationship with the idea of popularity,’ says Grayson Perry in the promotional video for The Most Popular Art Exhibition Ever.

I’ve never quite been at home in an art gallery. I’ve always felt like as a young person, as someone who’s never studied art, it isn’t a space made for me. I never quite perfected the intense stare with one finger pressed against my lips, or the thoughtful grunt of acknowledgement. It’s refreshing that Grayson Perry is striving to make art accessible to everyone, and not just retired middle class white folk. 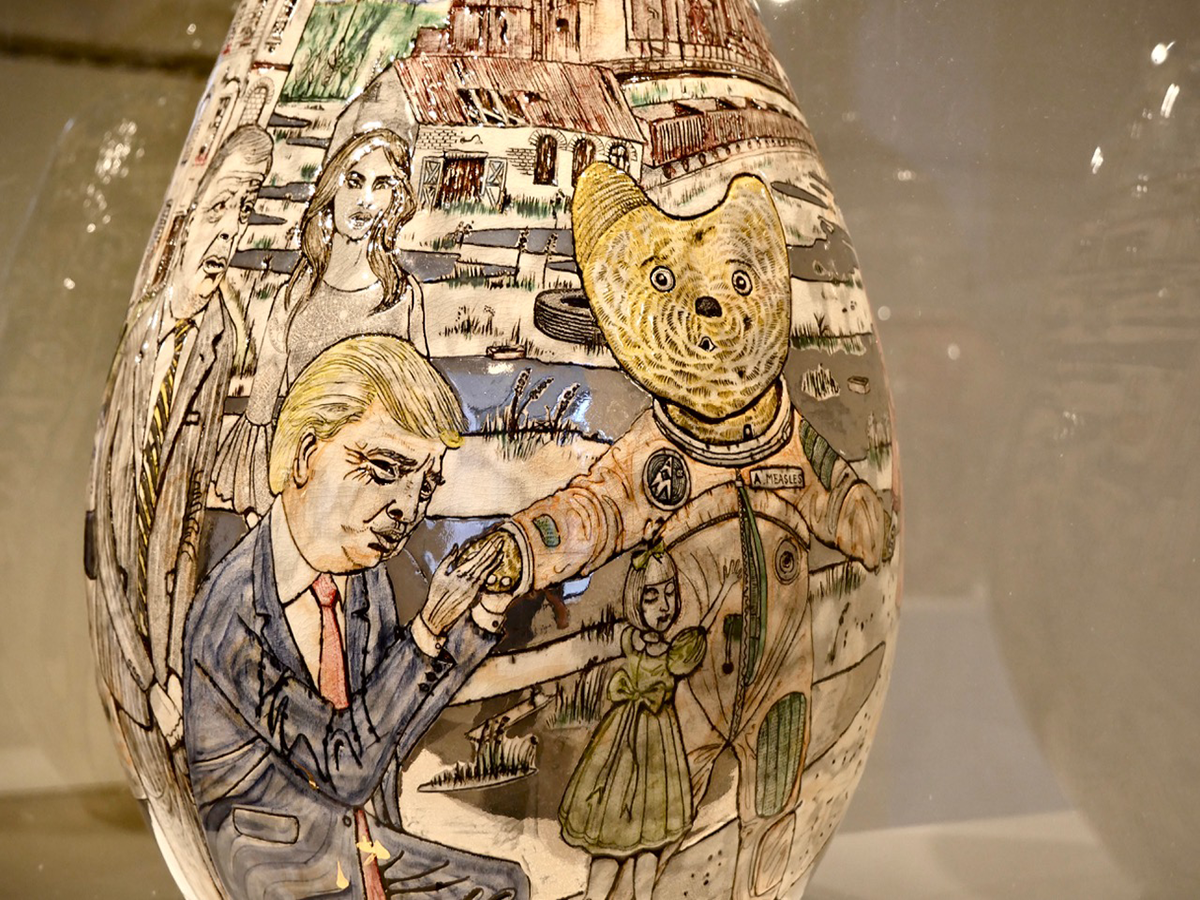 Perry is a character that I became captivated by at young age after seeing his make-up clad face on the cover of a magazine, complete with bright yellow dress and black dolly shoes. He was a creature I had not experienced before: an unapologetic, political, gender bending masterpiece who was hard at work commentating and subverting modern society and culture. As a young teenager, I saw his defiance of social norms as brave; an act that allowed him to be himself as artist, transvestite, father, activist, human being.

Perry recognises this with his current exhibition at the Arnolfini. This need for more accessible art.

Years later, despite still being in love with Grayson Perry, I know very little about his art. He intrigues me, but quite honestly, the art never particularly has. I’ve always nursed this fear of the art world; a presumption that it is not a realm I should cross into. Art appeared to be something for the middle classes, the cultural capitalists, the educated hippies, and it seemed to me that to appreciate it you have to know about it. Heck, I’m just some 19 year old who eats instant noodles for dinner far too often, blagging my way through life without a degree. It’s not for me. And perhaps there is some truth in that – but I certainly feel like it’s something Perry recognises with his current exhibition at the Arnolfini. This need for more accessible art. 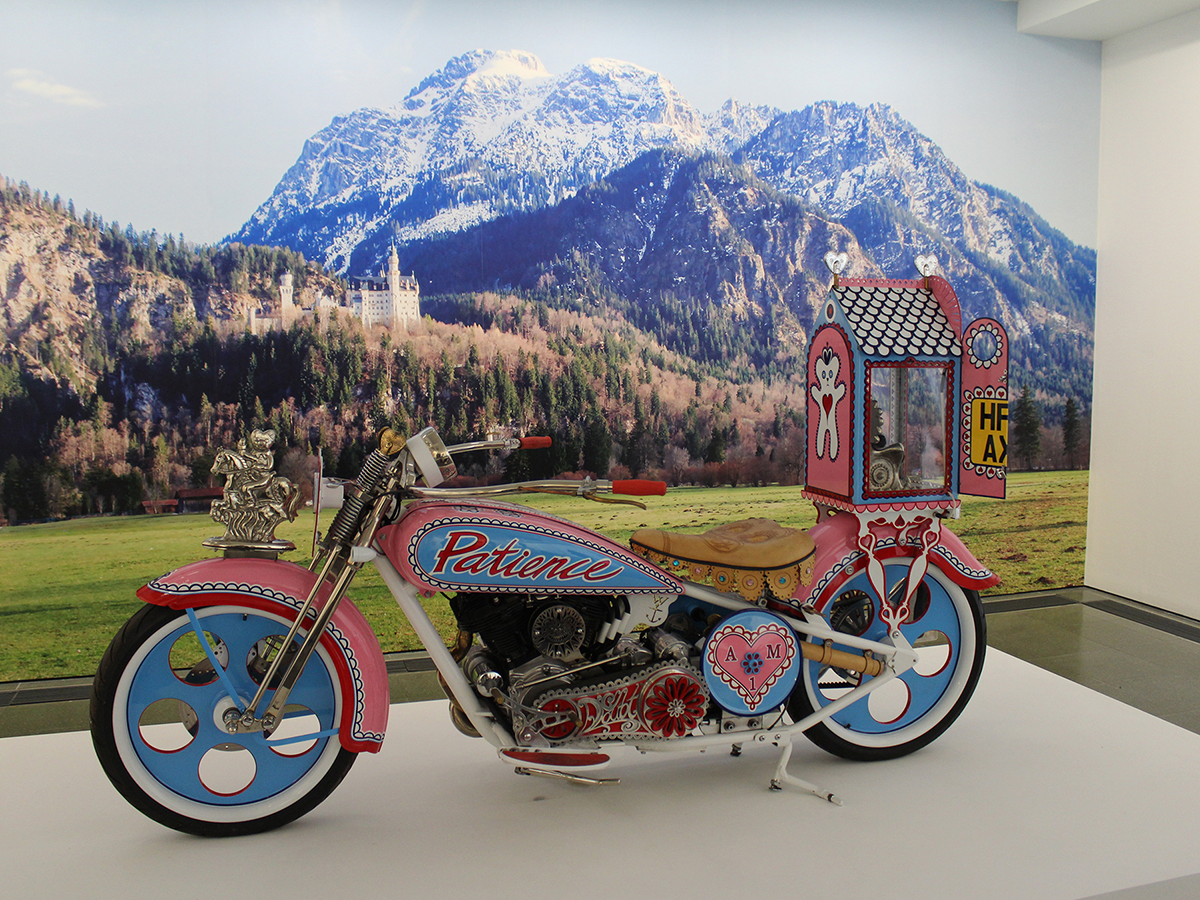 I’m seeing it in the music of Akala, in the poetry of Kate Tempest, in the film of Shola Amoo: work that is relevant, work that addresses that which is affecting the world, work that looks to uncover truth. These artists bring their experiences together with other people’s to create something that holds a small part of all of our story. And this is something I felt walking the rooms of Perry’s exhibition; I saw myself in the work, my family, friends, peers, the man at the corner shop and the girl walking her dog. His art provided a mirror for me to peer into and see my place in the world as a young woman at a new angle.

This is something that really speaks to me as a young person: this need for conversation between parties in an increasingly unstable and changing political and social climate.

Spanning two floors, each room examines the three main topics of Brexit, masculinity, and popularity; topics that are currently sitting stubbornly at the front of Perry’s mind, topics that need to be discussed in order to change the world for the better. In Perry’s own words, there are no objects in the exhibition that are surprising: traditional paintings, vases, sculptures, and tapestries in bright colours juxtapose the serious contemporary political topics they address.

Many of the pieces have been created as a result of conversations and time spent with people with different beliefs and lifestyles to him; the product of a journey of mutual understanding. From the two pots representing ‘leave’ and ‘remain’ voters decorated with pictures of their lives (interestingly, both pots look very similar), to the tapestry inspired by the working class men and their ceremonies in Durham, it is made clear that we have much more in common than that which separates us. This is something that really speaks to me as a young person: this need for conversation between parties in an increasingly unstable and changing political and social climate. 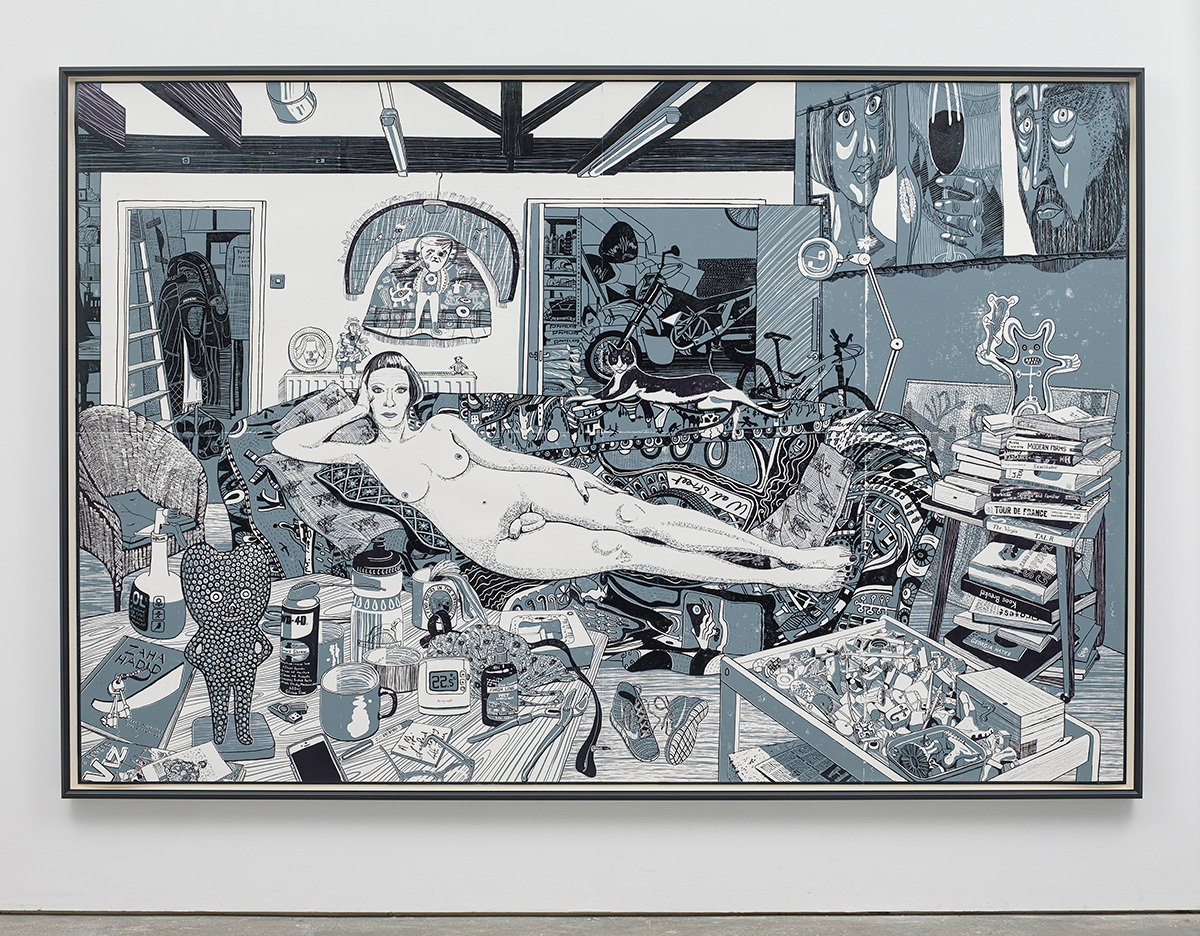 Our future does not lie in segregation and refusal to understand others.

There appears to be so much disregard at the moment for those who hold different beliefs to your own – I am definitely guilty of this – and Perry reminds us that we are all people, with different stories that have led us to where we are now. Our future does not lie in segregation and refusal to understand others.

Perry’s own personality and life is also woven into the art; you can see it in the vibrant colours that mirror his fashion, and playful characters that appear such as his childhood teddy bear, Alan Measles, and his female alter ego, Claire. He seems to recognise that people are intrigued by Perry himself as well as his art, and allows us to experience his story and where he sits within the topics he addresses.

So has Perry achieved his aim of widening the audience for contemporary art? Whilst art galleries remain difficult and complex spaces to navigate in terms of inclusion, this eye-opening display of the country we live in is certainly one step in the right direction. Make way weird old white dudes, the rest of us are coming through.

Have you been to see ‘The Most Popular Art Exhibition Ever’? What did you think? Let us know @rifemag

Want to go and see the exhibition? Find out more details here 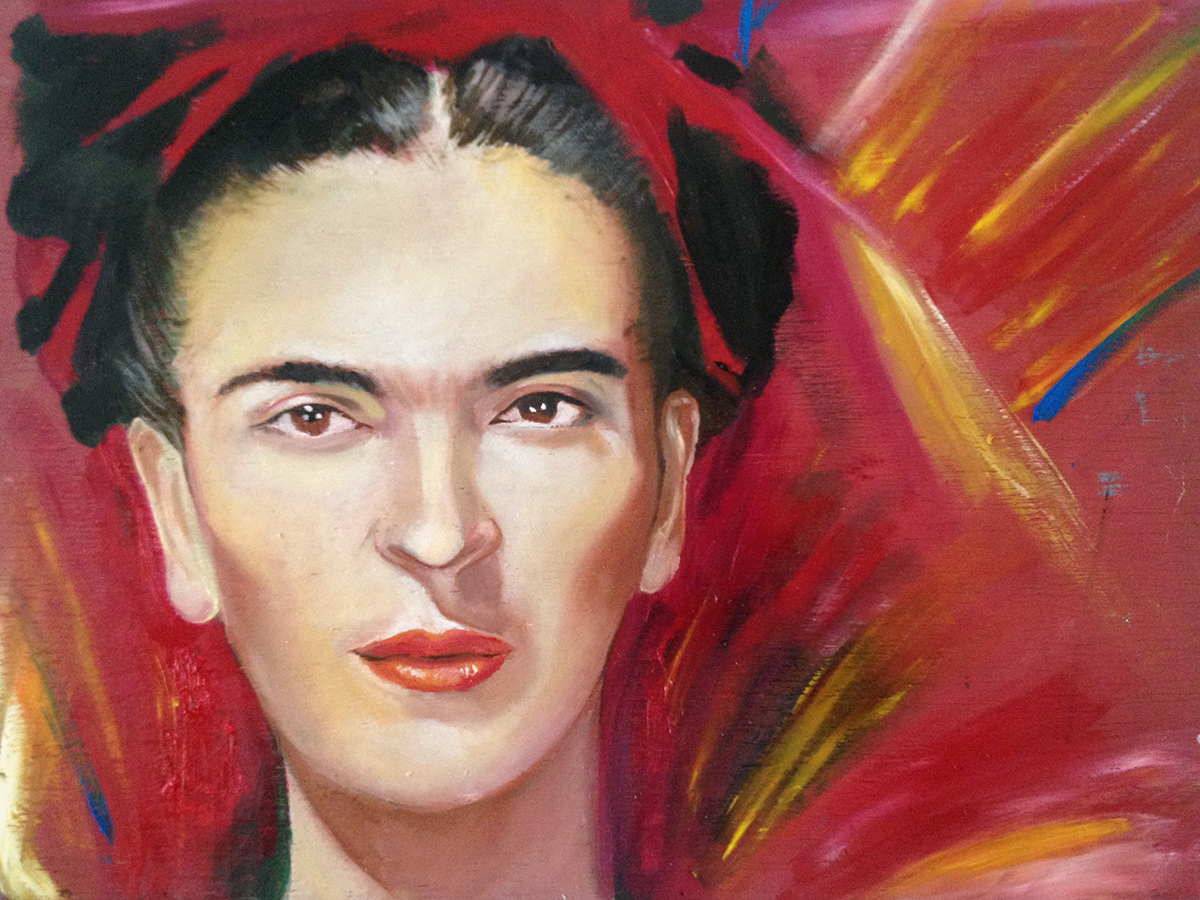 Why The World Needs Artists

For all the times you've been told being an artist isn't a 'proper job'.
Arts/Culture / December 2, 2017 / Imogen Downes 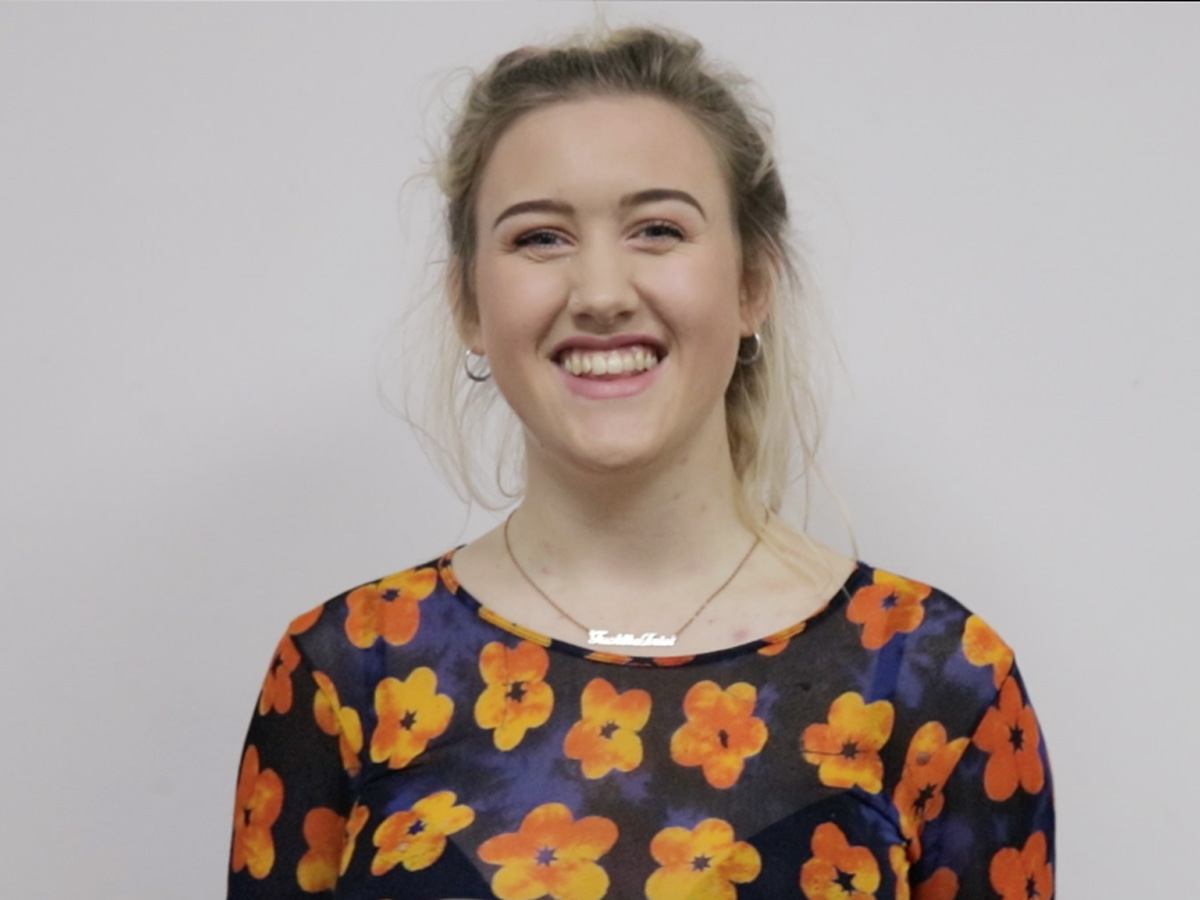