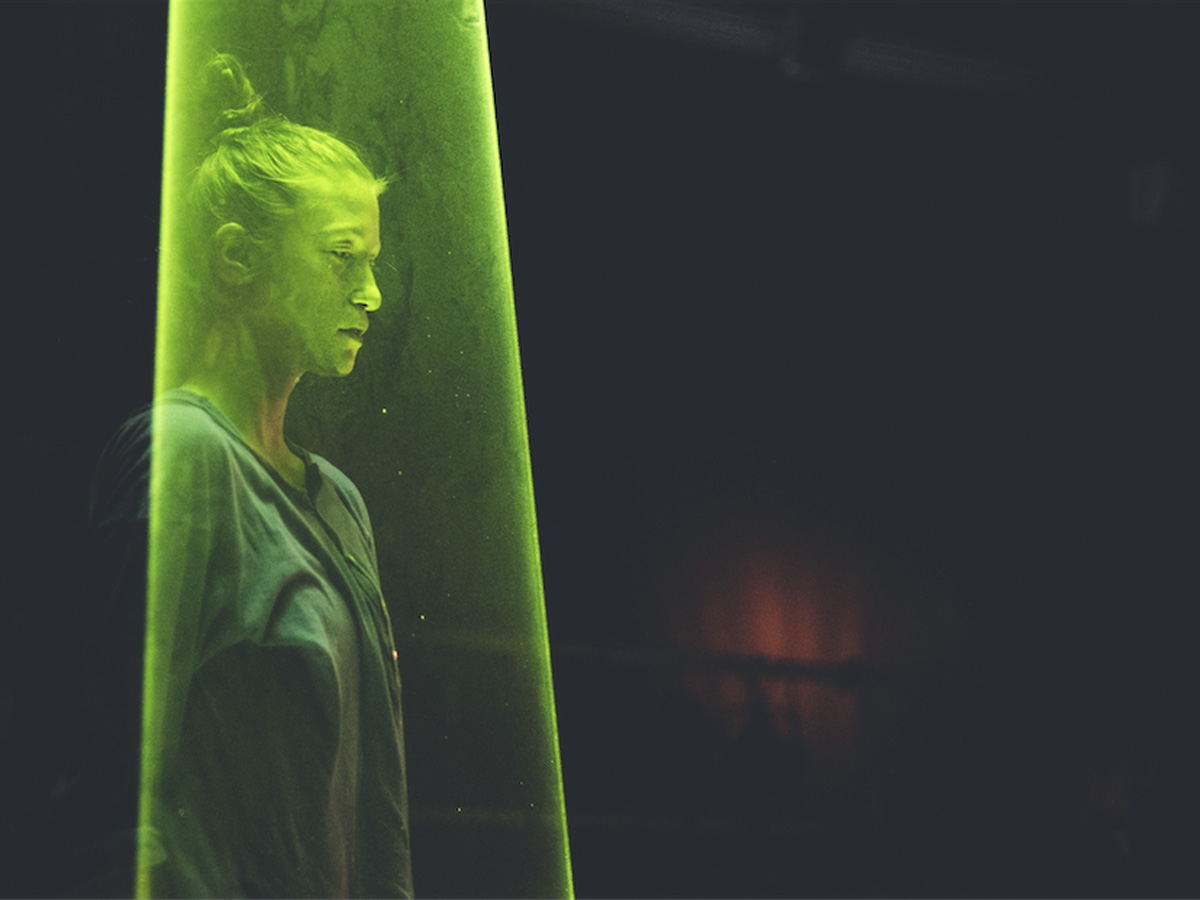 Inspired by Neon Dance’s performance of Empathy at The Edge, Bath, Lucy Corley asks what role empathy has in today’s world.

‘Learning to stand in somebody else’s shoes, to see through their eyes, that’s how peace begins. Empathy is a quality of character that can change the world.’ Barack Obama

With the current US President attempting to ban Muslims from entering the country, civil wars in Africa and the Middle East, and the refugee crisis in Europe leaving millions without home or hope, peace feels very far away right now.

Here in the UK, I don’t think I’m alone in feeling that over the past few months our generation’s voice has been silenced when it comes to politics. 73% of the 18-24-year-olds who voted in the EU Referendum were against Brexit, many of us because cutting the country off from people who have been our fellow citizens for decades to go it alone feels inherently wrong. Young people under the age of 18 didn’t get a say at all, although it’s their future that’s being decided.

Shortly after becoming Prime Minister, Theresa May said: ‘If you believe you are a citizen of the world, you are a citizen of nowhere.’ It’s hard to hear that without feeling isolated. It feels like my identity has been made invalid and my instinctive reaction is defensive: wanting to withdraw away or hit back in frustration.

Against this political background, I asked Reddit what empathy means in 2017, and whether there is hope for an empathic future.

To me it means looking at people who have been driven out of their homes by the cruellest circumstances imaginable and saying ‘You are welcome here.’

Empathy is now a ‘like’. It’s an empty gesture someone makes to try and still remind you of them. It’s a casualty of successive generations of self-importance.

Despite different outlooks, both posts convey the sense of anxiety that came through in most comments: that distance between people is increasing and we are choosing not to empathise, or even losing the capacity to do so.

It feels appropriate then that Neon Dance’s production, ‘Empathy’, opens with a lone dancer crossing the back of the stage. Where her hands should be, a pair of long, white, pincer-like arms reach to the ground. With her hunched posture turning her gaze downwards into the shadowy corners of the stage, she looks furtive and uncanny – lost against the dull grey backdrop.

When a second performer enters the space, the pincers prevent her from touching him: her hands, and their ability to touch and connect, are bound inside these pincers that make her arm movements laboured and create a physical barrier between them.

Choreographer Adrienne Hart explains why a sequence like this belongs in a work titled ‘Empathy’: ‘[the show] was inspired by a book called ‘Zero Degrees of Empathy’ by Professor Simon Baron-Cohen. I was really fascinated by his take on the empathy spectrum and I wanted to take that idea into an artistic, theatrical realm.’

I was really fascinated by his take on the empathy spectrum and I wanted to take that idea into an artistic, theatrical realm.

Motivated by an urge to understand how people can treat other humans as objects, Baron-Cohen’s book uses neuroscience to argue that empathy is a scale rather than something we can choose to turn on or off: ‘We all lie somewhere on an empathy spectrum (from high to low). People said to be evil or cruel are simply at one end of the spectrum.’

Baron-Cohen argues that people with zero degrees of empathy may show psychopathic or narcissistic tendencies, but these also include people with Asperger’s Syndrome, whose difficulty in processing social information is often linked with a heightened awareness of moral codes compared to others.

Our position on the spectrum is not fixed: if parts of the brain are weakened by tiredness or alcohol, for instance, an individual’s capacity to empathise can decrease.

Exploring these ideas, ‘Empathy’ brings five dance artists together to portray different angles on empathy. How they work together varies between sequences: at one point Luke Divall and Tilly Webber dance together in the golden glow of the laser lights, balancing and reacting to each other’s weight in what feels like a connection of minds as well as bodies.

Throughout the piece, two neon-bright yellow lasers carve patterns and shapes on the stage, interweaving with the dancers’ movements. Often they battle with the dancers, policing their movements and forcing them into line when they become too fluid or close to one another.

Adrienne says of the lasers: ‘It seemed really appropriate because there’s something inherently cruel about this cold line that, if you put it up too high, can physically burn the floor or burn your dancers.’

In the fractured moments when the performers don’t look at one another or interact, I find myself wanting to anthropomorphise them: to humanise them by inventing my own story to write onto their movements. Is watching the performance itself an act of empathy? Is this urge to empathise inherently human?

If so, the lasers take on a more complex role: watching them make precise geometric patterns on the stage, it’s beautiful but unnerving to remember that they can’t stray from their pre-programmed course. Like people with zero degrees of empathy, for better or worse, they have no capacity to respond to the other movements on stage.

From watching ‘Empathy’ though, I’d say it’s what we as humans do with technology that counts – whether that’s laser lighting or Facebook ‘likes’. Sometimes the dancers allow the lasers to force them away from each other into clockwork, isolated movement, and other times they relax and become fluid, folding into the laser light and softening its angles where it touches their bodies. Technology doesn’t excuse or explain the choices we make, and maybe the same can be said of empathy.

From watching ‘Empathy’ though, I’d say it’s what we as humans do with technology that counts…

In one of the work’s most emotional sequences, Andras Fodor repeats a motif of twisting in pain, clutching his face as if tormented. Dafni Krazoudi spots him and her whole body becomes sharp and alert before she runs to him, seemingly struck by empathy. She moves to comfort him, enfolding him with her body, but he writhes and ducks away. Rejected, her movements become angular and hostile; she pushes him to the ground and stamps on him. What appeared to be a display of empathy is transformed when he doesn’t react as she wanted him to.

Seeing these interactions between humans and technology, what stood out for me was the importance of being open to others even if you can’t imagine what it’s like to be them. The scenes lacking in empathy often grew from dancers resisting people or technology they didn’t understand, and each individual’s actions had immense power to change the dynamic on stage. Perhaps it’s not the capacity you have for empathy that’s important, but what you decide to do about it.

Ultimately, I think this Redditor gets it spot on:

‘I separate empathy and compassion, because you don’t need one to have the other and while both are great, compassion is more important.

I’m autistic among other things, and empathy toward real people has always been a struggle for me, but I’ve also always been compassionate anyway. Emotionally relating/understanding isn’t a choice, but the act of being kind is and that’s compassion.

So I hope the future is a compassionate one. You don’t have to understand someone’s pain to care that they’re hurting.’

What do you think? Does empathy still apply in 2017? Can empathy get stronger among one generation while declining for another?

Get support and advice about coping with stress and anxiety, and build emotional resilience at Off The Record’s Resilience Lab 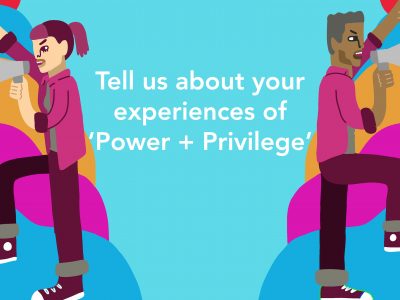 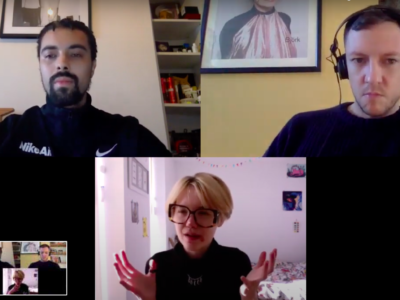 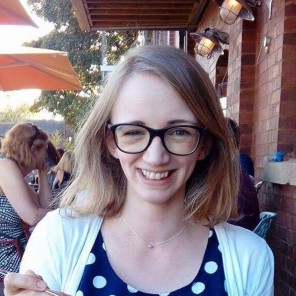 Lucy is a writer, reviewer and digital enthusiast based in Exeter. Her interests include performing arts and their relationship with societies; inequality and representation; digital technologies; Shakespeare and questioning the status quo. Lucy is currently working with Neon Dance to help bring their work to new audiences in the South West.