This is my one and only personal piece at Rife so I thought I’d save it till the end.

I went straight into my role and just lost myself in the moment, I assume it went alright.

My first ever memory of being anxious is the first time I was ever on stage: I was doing a performance of Bugsy Malone and I was playing Cagey Joe. I had a verse that I had to sing, the famous ‘So You Wanna Be A Boxer’ song from the movie, and I couldn’t hit a note to save my life. I was 14 at the time and it was my first performance of any kind so I was definitely nervous, but more nervous than anyone there and I couldn’t figure out why, hands shaking, butterflies in my stomach, but when I got on stage I went straight into my role and just lost myself in the moment, I assume it went alright.

I struggle to talk to people when I’m out, on the rare occasions that I do go out. I find starting a conversation one of the most terrifying things when I’m out at a social event, way worse than having to do it at work or at work-related events. I’m more than happy to stay inside and play video games whilst people go out and party, and if people end up coming back with my flatmates I usually shut my door and confine myself to my room, keep conversation to a minimal. I also get really frustrated and angry by a lot of people so that is also a contributing factor to my isolation, saves you from arguments, reduces stress.

If I’m going to work and have to leave the house early, my body goes into shut down. Now I really enjoy my job at Rife, it’s the best workplace I’ve ever had the pleasure of working in and the people here are amazing so I know there is no reason to be anxious, but I can’t get that message through to my body. I will wake up at 7am, as I always do weekday or weekend, and immediately my stomach is putting up a fight.

It feels so tight that it hurts to sit up, and eating in the first two hours of being awake is a myth.

It feels so tight that it hurts to sit up, and eating in the first two hours of being awake is a myth.

I physically feel like I don’t have a stomach to put food into but after a glass of water, a cigarette and a fair amount of time it normally settles down. This doesn’t happen to me on days where I’m not working.

The walk to work can be a little jarring. The first half is normally okay but as I draw closer to work I start getting light headed and my hands go clammy, by the time I’m at the door I’m sweating buckets and wanting to keel over and throw up my organs, always a nice welcoming to the week ahead from my stomach. I get heart palpitations and pay too much attention to them which makes me panic even more, which in return speeds up my heart rate, which makes me more anxious and so the cycle continues.

Sometimes it gets a bit too much and I have an anxiety attack/panic attack, I cannot express to you how scary these things are. I’ve had two recently, one which resulted in retching in the garden at 3am thinking I was going to have a heart attack and die, which I obviously wasn’t but you try telling yourself that when you can feel your heartbeat trying to leap out of your chest.

The other one was a bit worse.

The other one was a bit worse.

I was at an event for work, where I’d been involved in interviewing the winner and hosting interviews for the rest of the candidates. It was a black tie event and I had to wear jeans and a shirt. Now, anyone that knows me knows that I go out of my way to avoid wearing jeans at all costs and I’ve worn a shirt probably twice in the past 3 years so I was feeling ridiculously uncomfortable out of tracksuit. Upon entering I was feeling slightly pressured on my chest and a little bit light headed, but I waved it off as nervous and tried not to think about it.

As we made our way into the main hall to socialise before the meal, I could see the room was full of people in suits and ties, which again, really isn’t my scene so I was instantly anxious that I was out of place, even in my shirt and jeans. I made my way to the drinks table for a glass of water to chill me out and that’s when things started getting out of hand. I suddenly went extremely lightheaded and my heart rate shot up, I knew instantly I had to get out of their before I passed out of threw up. I told my colleague I was going to the toilet and tried to make my way out of the room, as I got closer the door my vision started to fade and all I could hear was white noise, I tried to turn back around to find someone familiar to look after me till it passed but I was completely blind by this point. I think the fact I hadn’t eaten much bar a garlic bread that day didn’t help my case. My legs went jelly, I dropped my coat I was holding and I was trying to scan the floor blindly with my hands, my legs gave way and I came crashing down on a table of drinks (sorry).

My legs gave way and I came crashing down on a table of drinks (sorry).

Most people must have assumed I was drunk or something (I don’t drink alcohol at all, ever) so only one concerned person came to help, even the people working the drinks table that I fell on to just kinda looked at me and continued serving drinks. Unfortunately, my arms were too weak to catch me so upon crashing down on the table, I managed to split my eyebrow wide open and blood started leaking down my face. Now thankfully I was so lightheaded and weak that I didn’t even feel it happen and it was my helper who pointed it out as she held a napkin against my forehead so I didn’t ruin my shirt, I wouldn’t have cared, it was the shirts fault anyway.

A medic was called and they advised I go to A&E, the medic was an absolute don and gave me a lift there so we didn’t have to waste the ambulances time, and after three hours of waiting, they glued my eyebrow back together and I discarded myself so me and my boss (who stayed with me all through A&E) could go home to bed, seeing as it was like 12am at this point.

Now this happened about three weeks ago and I haven’t had an anxiety attack/panic attack to that degree since, not saying it won’t happen but I’m starting to break down certain barriers in my head so I can live life fully instead of worrying about things that don’t exist or just scaring myself into staying inside.

Things can and will get better, it’s all about keeping a positive outlook and not taking things too seriously or worrying yourself into stress.

Are you feeling anxious? Talk to Off The Record for free advice here 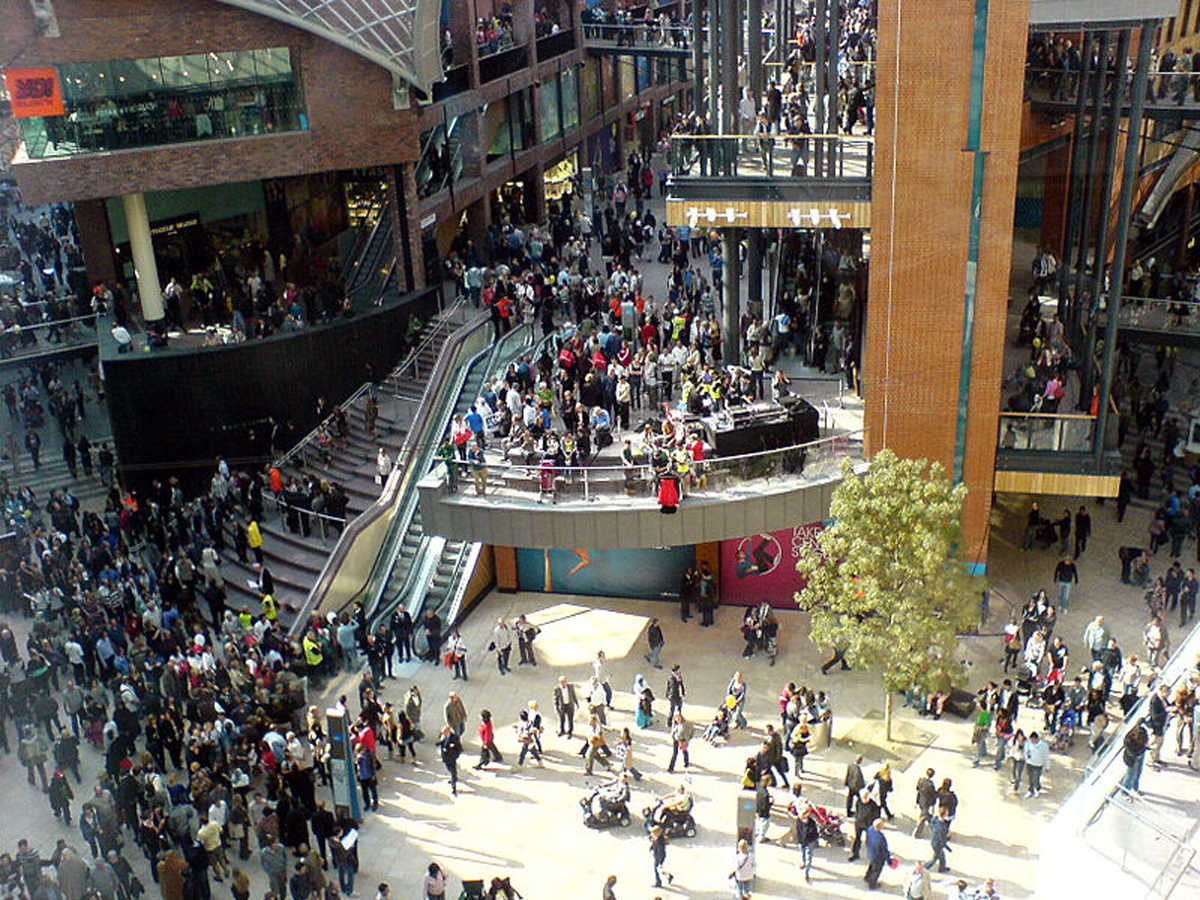 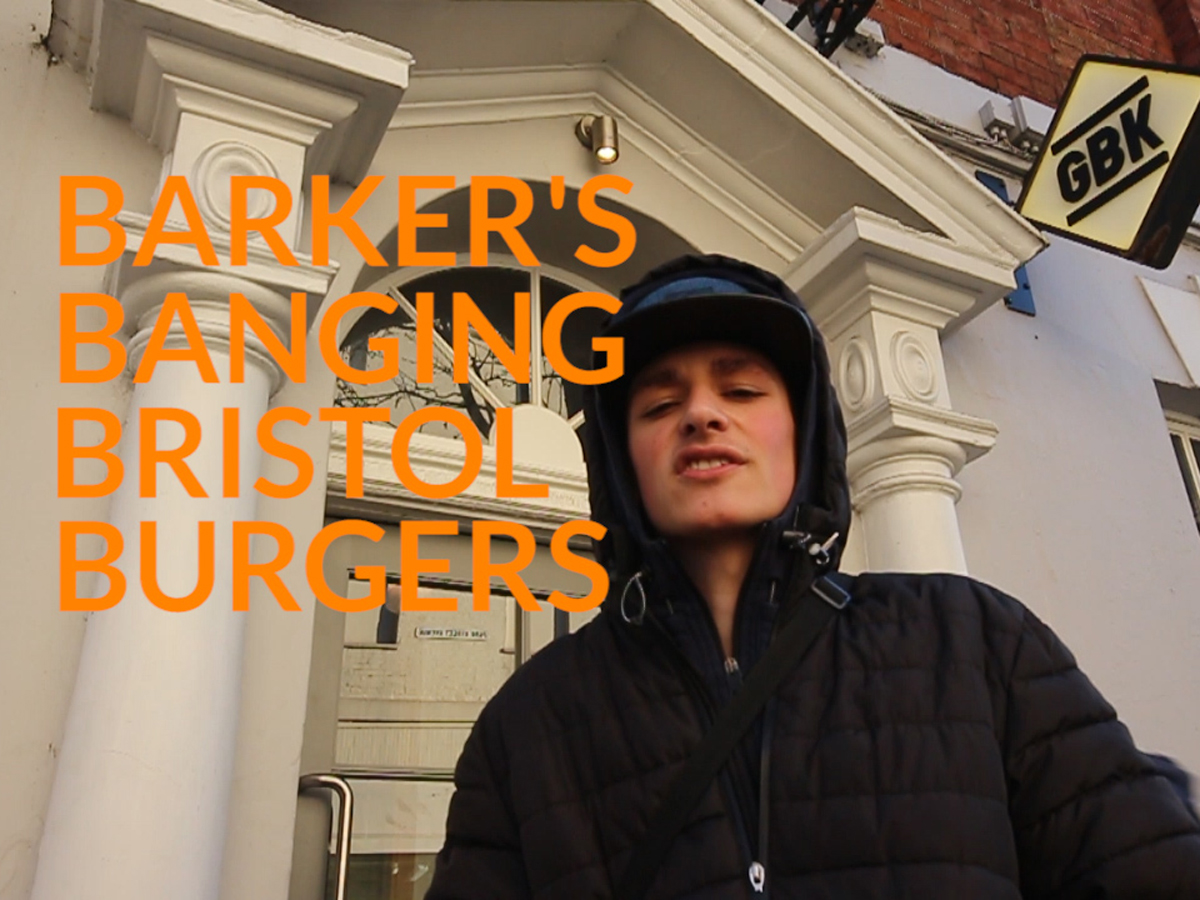 Barker takes us on a trip round Bristol looking for the best burgers on the market.
Bristol / December 15, 2016 / Barker 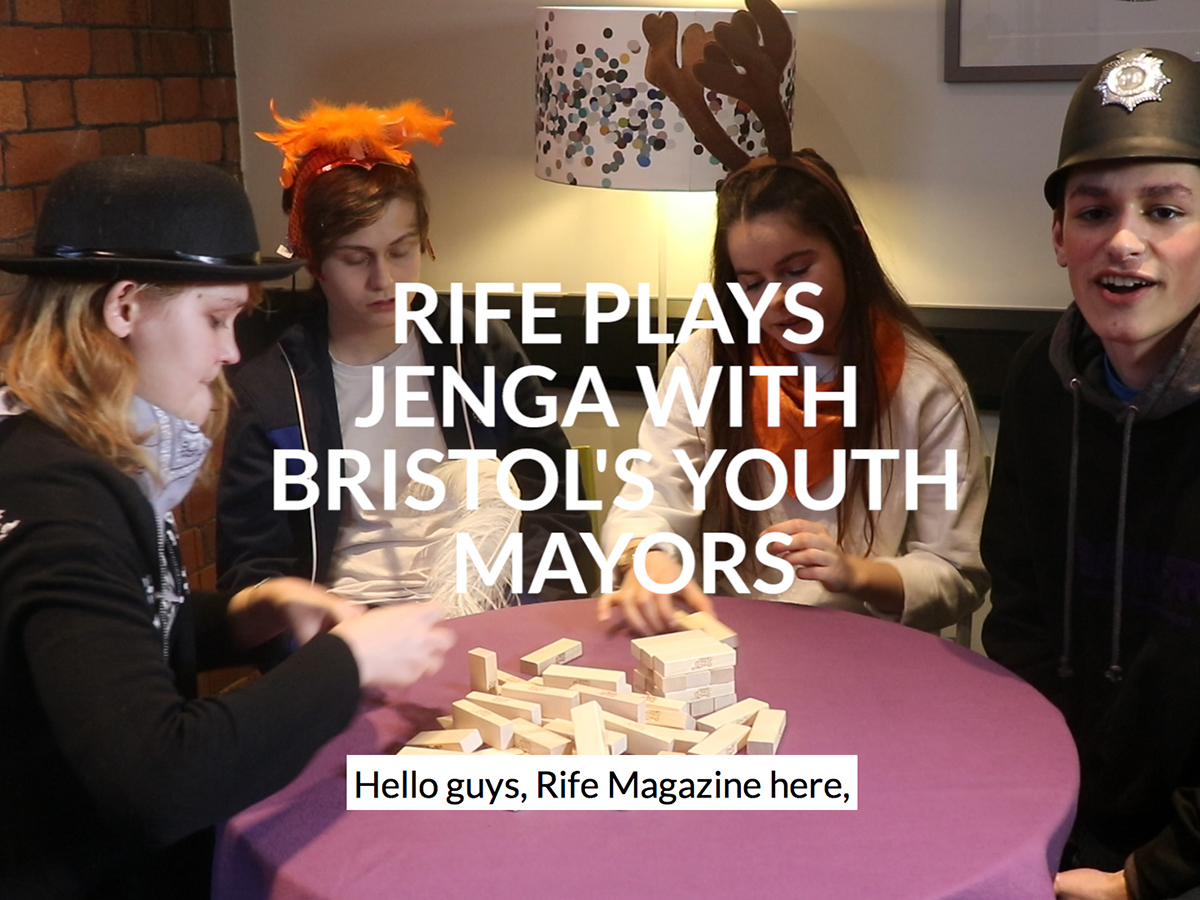 Barker and Kaja sat down with the new Youth Mayors of Bristol, Jack and Eve, to dress up and play...
Bristol / April 24, 2017 / Barker
<PreviousNext>