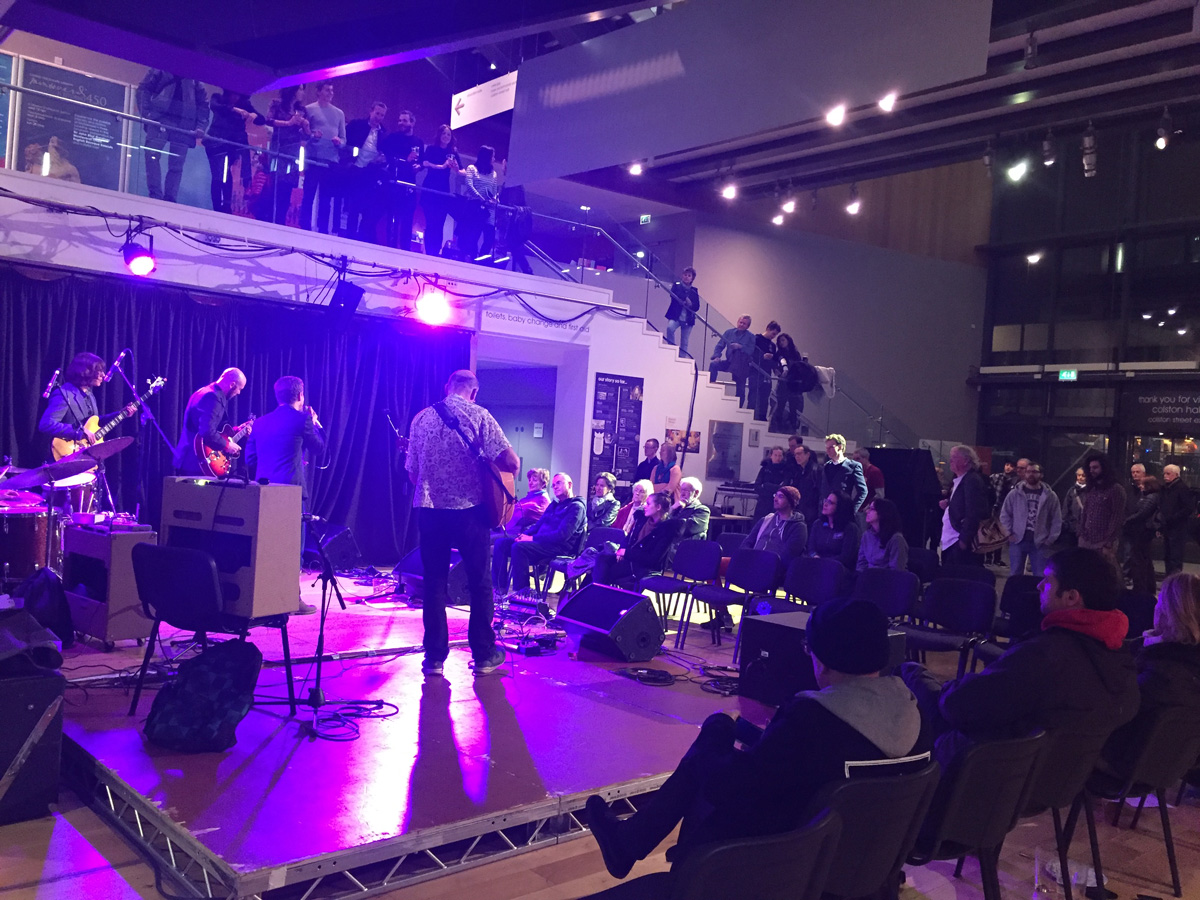 Harriet heads out for some jazz. And here is what she thought.

Every March, Colston Hall hosts a four-day festival celebrating the best of the current jazz and blues scene. The Bristol International Jazz and Blues Festival showcases both renowned international artists and upcoming local musicians, and has an impressive history of past acts including Maceo Parker, Courtney Pine, Melody Gardot and more.

On 16-19 March 2017, the festival ran its fifth year and boasted a line up of musicians that ranged from jazz veterans Gilad Atzmon and Alan Barnes to ‘King of Chicago Blues’ Mud Morganfield, son of Muddy Waters.

The festival caters for a diverse crowd and was designed to appeal to a variety of music lovers, celebrating jazz and blues in an accessible way. The audience demographic fitted accordingly – the age ranged from young toddlers right up to pensioners. The line up echoed this and featured a wide range of styles. A few of my favourites included:

Jazz pianist Jason Rebello’s effortless set, seamlessly transitioning from his takes of classics such as The Flintstones and Every Little Thing is Magic to his own compositions. 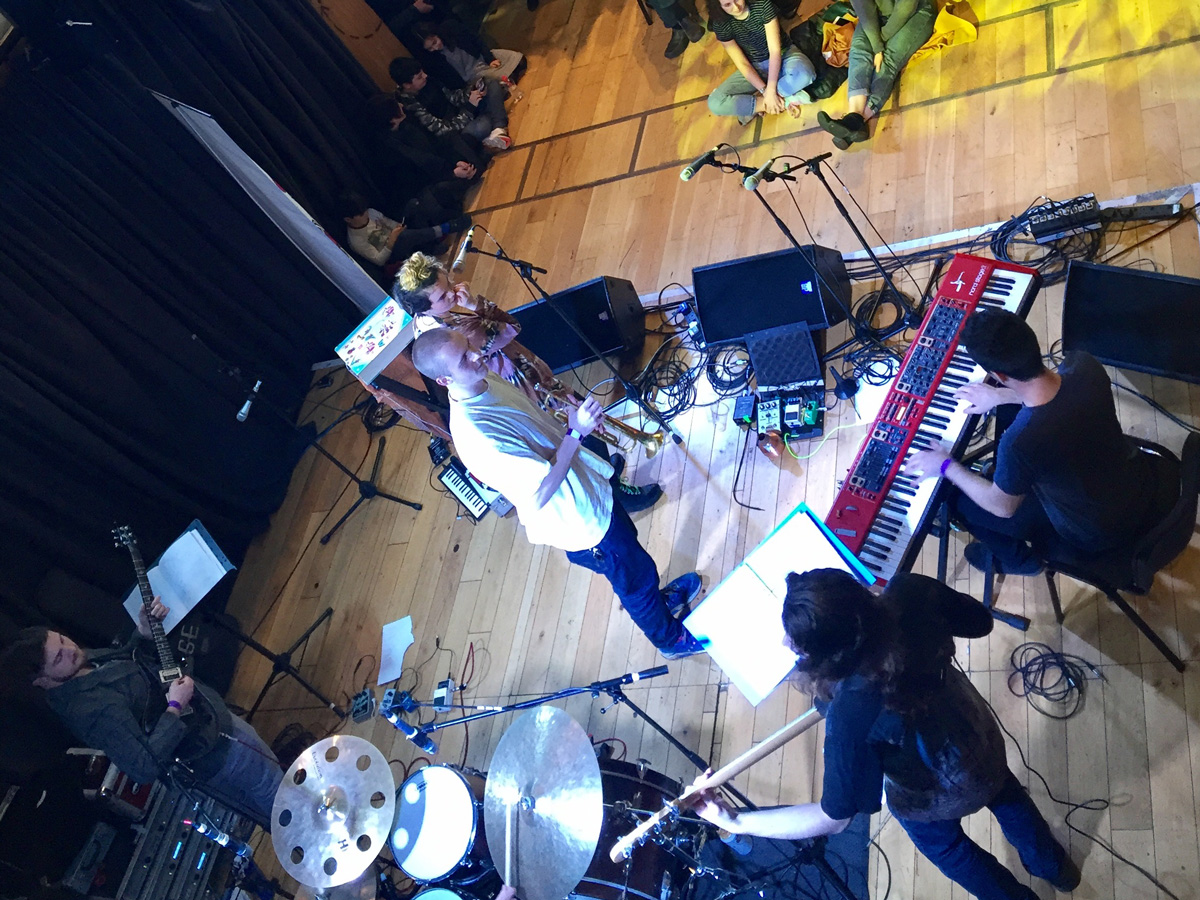 The Roger Biwandu Trio from Bordeaux played an incredible set. They had a guest appearance from the one and only Pee Wee Ellis, the saxophonist for James Brown’s band in the 60s and 70s, who co-wrote hits such as Cold Sweat and Say It Loud – I’m Black and I’m Proud. Pee Wee is a patron of the festival, and continues to support local music. They played through jazz standards such as St Thomas and Isn’t She Lovely, and of course played Pee Wee’s original composition: The Chicken.

The ‘My Friend Dizzy’ show in the main hall – The Bobby Shew Big Band blasted through Dizzy Gillespie compositions, featuring the crème de la crème of the Bristol jazz scene.

Led by a female trumpeter, it was great to see a young, boundary-pushing band fill one of the headline slots of the festival.

Dinosaur, who burst onto the London jazz scene in 2010 played an experimental set, combining electronic, folk and jazz styles in a contemporary fusion. Led by a female trumpeter, it was great to see a young, boundary-pushing band fill one of the headline slots of the festival.

The unique nature of the festival created a melting pot of culture – combining music, art, film, photography and dance. The Bristol International Jazz and Blues Festival encompasses fundamental values that are rife in Bristol – inclusivity, creativity and diversity. You could watch a classic blues band in the foyer, walk up the stairs to watch funk legend Pee Wee Ellis in the Lantern, and whizz across the corridor to the main hall to catch a 25-piece big band paying tribute to Dizzy Gillespie’s latin and jazz compositions. This year the festival even expanded to the O2 Academy, where Quantic played a show featuring Alice Russell. 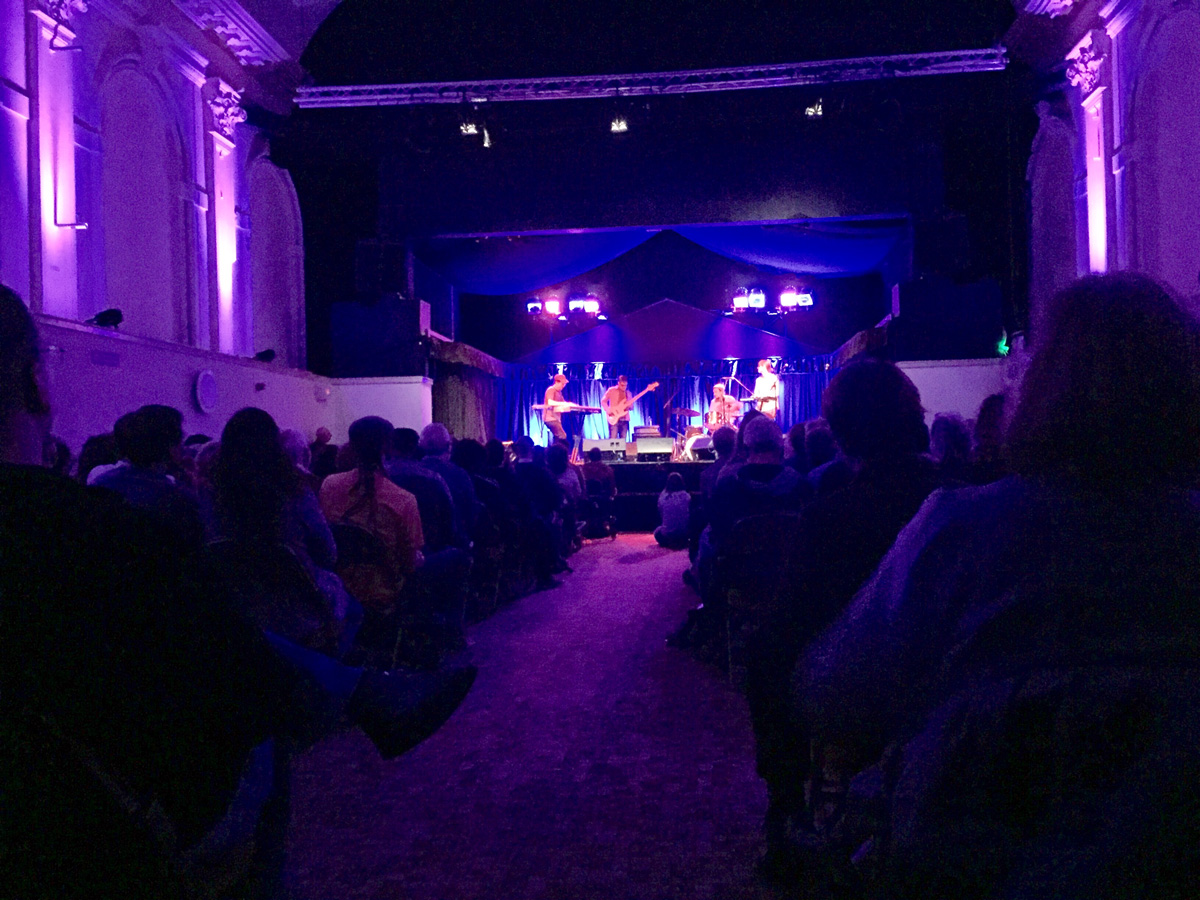 Throughout the weekend, the foyer of Colston Hall featured an incredible line-up of free gigs, and some of the best music of the festival took place in the foyer. You only had to wander into the foyer at ground level to instantly be immersed in a crowd of music fans, and soak in some of the local music talent.

The festival also supports small businesses and creatives. On the second and third floor there were mini-markets of stalls selling records, CDs, autobiographies, merchandise, artwork and photographs. Local instrument shop ‘Headwind’ held their own mini showroom, showcasing their latest musical instrument additions. They even offered the chance to win a saxophone, encouraging people to learn to play a musical instrument.

But the night doesn’t stop there – across the road each night Bambalan hosted a jam session, where budding improvisers could flock to the stage and blast out a few tunes with the house band. Often performers from the festival would grace the stage – Roger Biwandu and also members from Macy Gray’s band played on the Sunday night. Nick Malcolm, who led the jam, made sure to tell the audience that the jazz and blues music in Bristol isn’t just regulated to this one weekend. There are local musicians playing gigs every night of the week around Bristol, which we should continue to support. Why not check out one of the weekly jazz jams that take place in Bristol?

Even if you don’t think that you’re a huge jazz or blues fan, the festival covered so many genre-bending artists that it offered something for everyone to enjoy. If you feel that you missed out, you can listen to the playlist I made featuring a range of the festival artists. 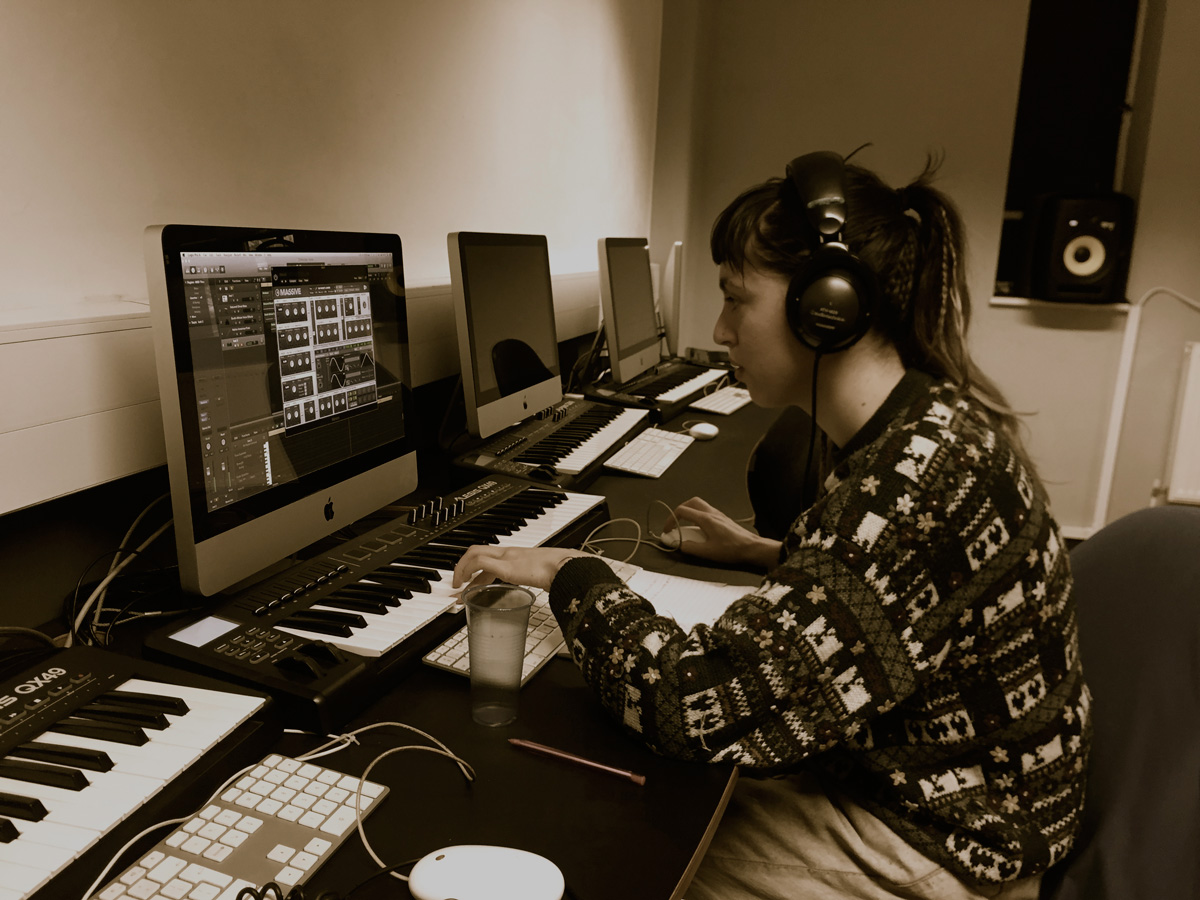 Everybody, Everybody: Looking For Gender Equality Among Bristol Music Producers? 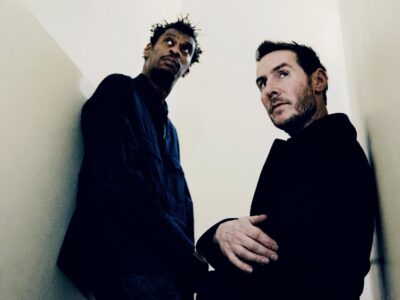 Why has Bristol's music scene been so overlooked since Massive Attack?

Alfie wonders why Bristol-based artists have not been able to follow in the footsteps of Massive Attack and achieve the...
Music / November 26, 2020 / Alfie Skinner 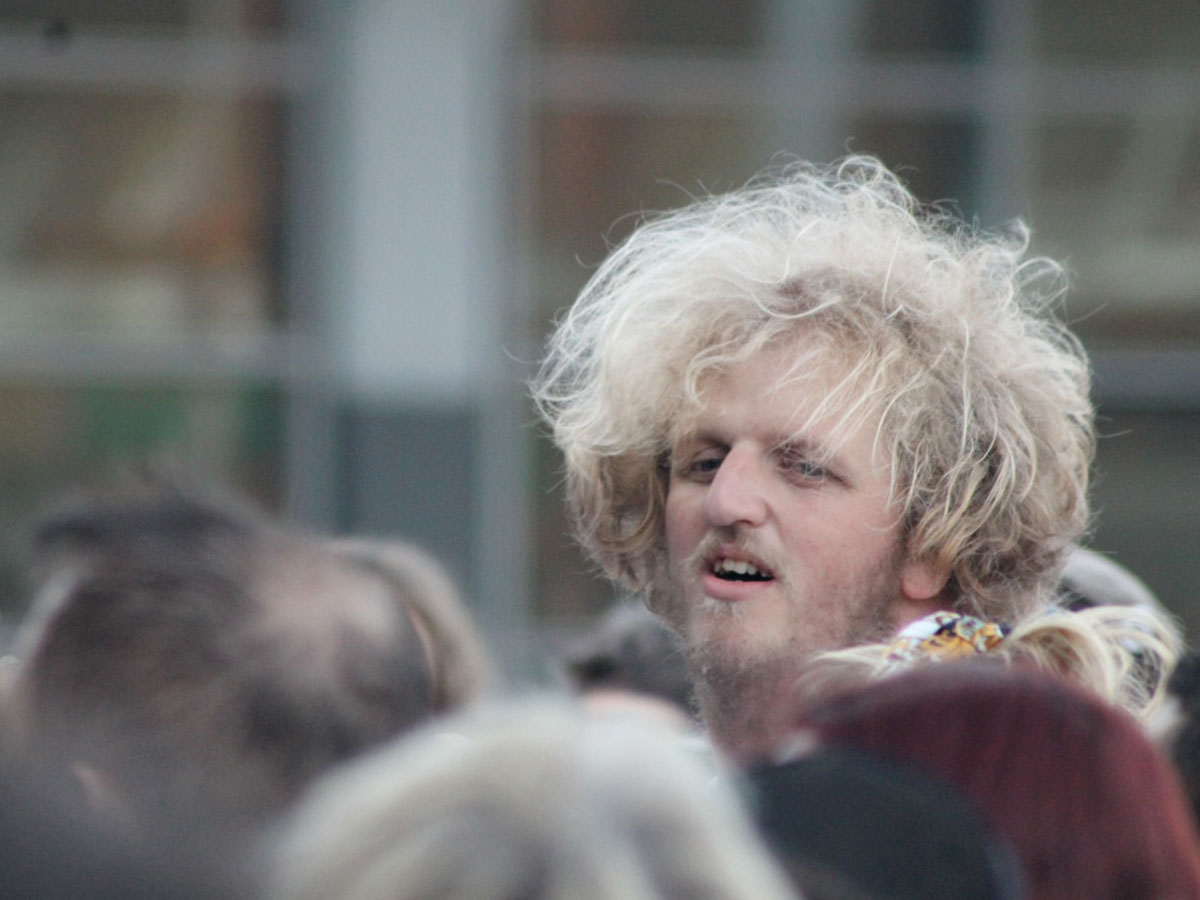 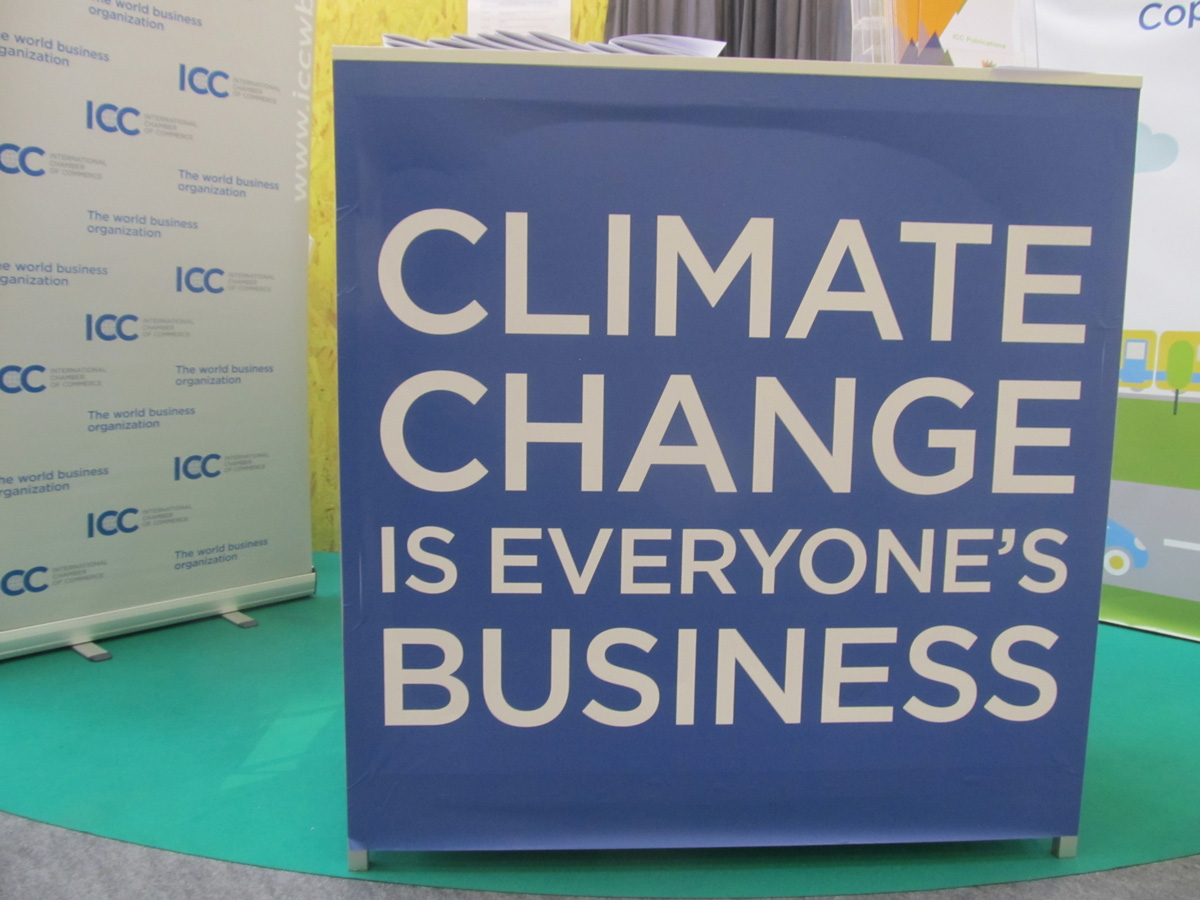