‘That girl is a real crowd-pleaser, small world, all her friends know me,’ sings Rae Sremmurd’s Swae Lee as a previously motionless crowd of fans jump around in frenzied excitement.

It’s a familiar scene at many of the Atlanta based duo’s shows and one that was flawlessly replicated at Bristol’s sold out O2 Academy in January this year. The pair’s live shows are often accompanied by dynamic and lively performances, yet the real centre piece of their recent gigs is undeniably the execution of their breakout hit ‘Black Beatles’, accompanied by an impromptu mannequin challenge attempt. For those not in the know the mannequin challenge is a performance piece and viral craze that started mid-2016 around the same time as Sremmurd’s sophomore album ‘Sremmlife 2’ was released, it involves a large group of people remaining completely still as to act out the role of a mannequin as the name of the challenge suggests.

As the popularity of the trend grew so did the scale of the performances with many internet stars and celebrities aiming to one-up one another by involving increasingly large groups of people and incorporating wacky locations and stipulations into their videos. This competitive edge has seemingly done wonders for the longevity of the challenge with one recent attempt conducted by faceless DJ Marshmello able to stop over 6000 excitable clubbers in their tracks at LA’s Shrine Auditorium. ‘Black Beatles’ and the mannequin challenge are undeniably a match made in heaven and have now become synonymous with each other. The hazy and dreamlike opening to the Mike Will Made It-produced banger serves as the perfect backdrop for an army of people to act out the role of an inanimate mannequin with the real bulk of the track kicking into a trap influenced club hit sure to send even the most inert of partygoers into euphoria.

Having found moderate success in the states with hits such as ‘No Type’ and ‘No Flex Zone’, it was only a matter of time before Sremmurd’s mass appeal reached the international stage.

Having found moderate success in the states with hits such as ‘No Type’ and ‘No Flex Zone’, it was only a matter of time before Sremmurd’s mass appeal reached the international stage. Fans of the duo will be hoping their breakout hit could act as a springboard to catapult them into becoming chart mainstays but prior viral sensations have tried and failed at having credible follow ups to their original hit singles. This poses the question is there really longevity for artists that have viral hits? Previous examples would suggest not but it’s hard to question the credibility of the pair especially considering their meteoric rise to fame. This time last year asking your average pop music fan who Rae Sremmurd are would have provoked a puzzled expression or at best a recollection of a previous track, one hit song plus  a myriad of catchy lyrics later and that very same fan would be belting out last year’s breakout hit. It’s no coincidence that Black Beatles was the 3rd most googled song of 2016 – the duo knowingly encouraged their online audience to replicate and upload their own versions of the mannequin challenge and in turn bring attention and traffic to their other tracks and social media pages, seemingly catering to the very same internet audience that made them a household name in the first place was an intelligent decision to make as it not only gave them popularity overnight but also ensured they would have a legion of interested individuals keen to hear their next intoxicating single.

In a world where anyone can seemingly become a star overnight it seems like everyone is trying their hand at the latest craze in hope that they can create a video or short vine clip that will propel them to instant fame. Even the tagline for Vine [RIP} simply read, ‘The entertainment network where videos and personalities get really big, really fast’ prompting its pool of over 40 million users to record their very own six-second masterpieces. Past viral phenomenon such as Psy’s instantly recognisable hit ‘Gangnam Style’ are still racking up hundreds of thousands of views daily and at the time of writing the video stands at an eye-watering 2,728,452,413 hits.

Other trends haven’t boded so well however with 2015’s Charlie Charlie challenge videos forgotten by most with a revival of the makeshift séance videos looking very much unlikely. This suggests that standalone music videos fare better in the long term when compared to homemade clips simply because of replay value whereas the novelty of the latest prank craze may ware off in time. The public can’t seem to get enough of hit songs as well as their accompanying dance moves, be it a novelty or not its undeniable that even the most annoying of anthems (I’m looking at you Rebecca Black’s ‘Friday’) are still being quoted years after their initial wave of popularity showing that even if its for all the wrong reasons millions are still clicking play on the earworms of yesteryear.

Bringing the Atlanta trap sound to Britain was no easy feat for Swae Lee and Slim Jimmy and it remains to be seen what the future holds for them, one glance at the UK music charts suggests future success would be more achievable now than it ever has been for a new artist especially now the two have made an established name for themselves on these shores. 2017 will undoubtedly offer up many twists and turns in the world of music with the usual Drake’s and Beyonce’s stealing all the headlines and newspaper column inches but who knows? The next conqueror of the charts could be just a mouse-click away.

Music opportunities on the Rife Guide sure are a-plenty 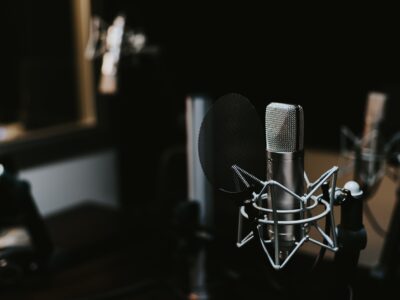 Independent artist Ben Savery shares his knowledge on how to get your music played
Music / Upskilling / April 29, 2021 / Ben Savery 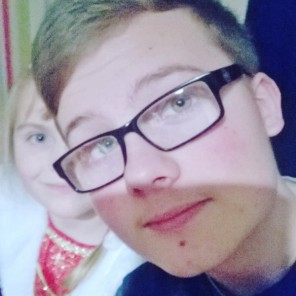 Joe Moon, 17-year-old college student hoping to study English at university next year. Big lover of football and music hoping to make my way into sports journalism. Can be found at the weekends cheering on my team Bristol Rovers at both home and away matches.

Joe Moon charts the success of the UK battle rap scene and why Don't Flop nights are selling out up...
Music / January 7, 2016 / Joe Moon
<PreviousNext>