Stand with Standing Rock. Barker breaks down the ongoing situation that has everyone fired up.

You may have heard about the protests happening at Standing Rock in North Dakota throughout 2016. People are protesting the new 1,172 mile pipeline from Illinois to North Dakota being constructed. The pipeline threatens the only water source for the Sioux tribe and breaches Native American burial sites.

To date, 180,000 gallons of crude oil has leaked from the pipeline in western North Dakota into the water, 150 miles from the site of the Standing Rock protests. Authorities say there is no threat to drinking water but after safety equipment failed to detect the leak, protestors of the Dakota Access Pipeline are concerned for future leaks that will spill into their drinking water. True Cos, a business that runs oil and gas exploration, drilling, brokerage and trucking, own at least three pipeline companies with a combined mileage of 1,648 spreading across Montana, North Dakota and Wyoming including the Belle Fourche pipeline, where the leak happened. Since 2006, the companies have reported 36 spills, which leaked a total of 320,000 gallons of petroleum products, most of which was never recovered.

Since 2006…36 spills which leaked a total of 320,000 gallons of petroleum products, most of which was never recovered.

During the last half of 2016, members of the Standing Rock Sioux tribe, residents from North Dakota and even a few celebrity faces, like Shailene Woodley and Mark Ruffalo, have been protesting the Dakota Access pipeline construction. This pipeline, built by Dakota Access, LLC, a subsidiary of the Energy Transfer Partners, is planned to run from the Bakken oil fields in North Dakota to southern Illinois, crossing under part of Lake Oahe, in which two native American reservations are based, including the Standing Rock tribe. This pipeline was treated as a threat to the tribe because of the planned route it takes, it would travel underneath the Missouri River, the primary drinking source for the 10,000 member of the Sioux tribe. The tribe also argue that the pipeline breaches sacred burial grounds and with Cannonball Ranch, a known location for native American burial grounds, having already been sold to the Dakota Access pipeline, it seems immoral to take anything more from these people.

Protestors have set up camps on the land with intentions to slow and eventually stop the pipeline. Thousands are camping out in tepees and tents and some of the more dedicated supporters plan to remain there throughout the winter even as temperatures drop as low as zero degrees in North Dakota. 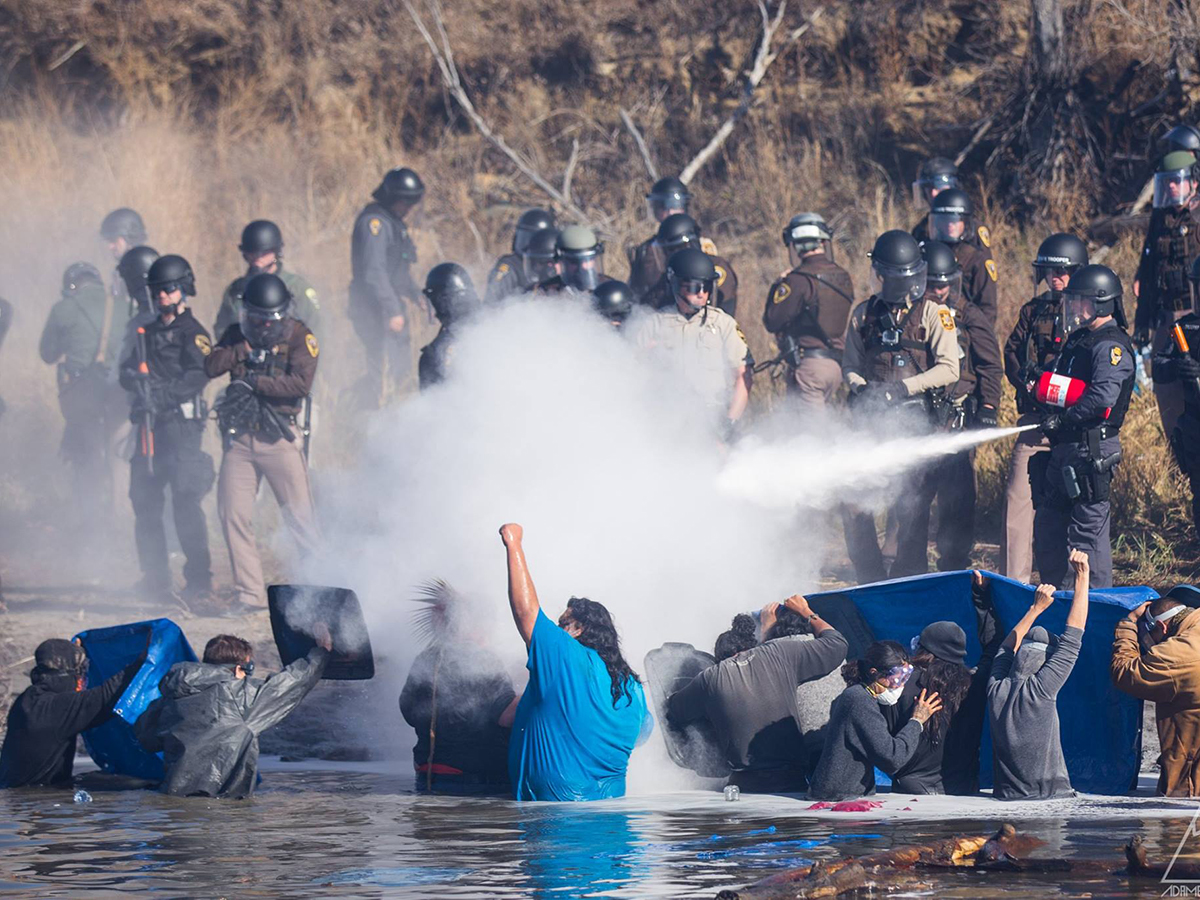 There was little input from the president or the presidential candidates last year. The Obama administration temporarily blocked construction to conduct a review but a federal court interfered to allow the project to continue. Hillary Clinton refused to take a side and is quoted as saying that both parties should ‘find a path forward that serves the broadest public interest’. President-elect Donald Trump, who owns stocks in Energy Transfer Partners, has not commented on the situation but wants to remove the regulations behind the oil and gas industry when he comes into presidency.

Unnecessary force used by police from seven different states and private security like TigerSwan have heightened the tensions of this peaceful protest, as footage has emerged of police officers allowing their dogs to chase and bite protestors. Jason Zielger, the Police Chief of Mandan, North Dakota, has asserted that law enforcement ‘can use whatever force necessary to maintain peace’, a statement that completely baffles me as ‘peace’ and ‘force’ it’s an oxymoron in itself. Police used pepper spray, rubber bullets, mace, stun grenades, teargas, tasers, sound weapons and water cannons in the last few months. The Morton Country Sheriff’s Department described the protest and an ‘ongoing riot’ and that the protestors had been ‘very aggressive’ and have tried to justify their use of water cannons in such cold temperatures saying protestors had set camps with fires (presumably to keep warm). Standing Rock’s Medic & Healer Council have said that they are ‘concerned for the real risk of loss of life due to severe hypothermia under these conditions’.

Jason Zielger, the Police Chief of Mandan, North Dakota, has asserted that law enforcement ‘can use whatever force necessary to maintain peace’

To date, 500 people have been arrested, mostly for trespassing and more than 300 people have been injured, all protestors. Sophia Wilansky, a protestor at Standing Rock, was backing away from police as they fired rubber bullets at her when she was supposedly struck by a concussion grenade that exploded on her arm. She was hospitalized and received severe injury to her left arm, destroying arteries, nerves, muscle and bone, according to her father, who watched as surgeons pulled shrapnel out. Other injuries include multiple bone fractures from projectiles fired from police, internal bleeding from rubber bullets and one woman was struck in the face by the bullets causing her retina to be detached and possible permanent blindness.

THANKFULLY, on Sunday, 4th December, the Army Corps Of Engineers denied to grant the permit for the Dakota Access Pipeline to drill under the Missouri River, having said the denial was based on ‘a need to explore alternate routes’ for the crossing. Tribal chairman Dave Archambault II of Standing Rock said in a statement ‘The Standing Rock Sioux Tribe and all of Indian Country will be forever grateful to the Obama administration for this historic decision’. Now whilst most were celebrating, some of the members of the tribes are still concerned. With Donald Trump coming into presidency, he wants to remove regulations in the oil and gas industry and these members believe that the energy company will appeal the decision. ‘It’s a trick,’ said Frank Archambault, a member of the Standing Rock Sioux tribe. ‘Until that drill is shut down it isn’t over yet, everybody needs to stay in place’

So what now? Well, all we can do is wait, the pipelines owner Energy Transfer Partners doesn’t believe this is the end. The pipeline is more than 90% complete and many protestors have vowed to continue the fight until the $3.8 billion project is completely shut down and all equipment is removed.

What do you think? Let us know: @rifemag

Want your voice heard? Why not get involved in the Bristol City Youth Council 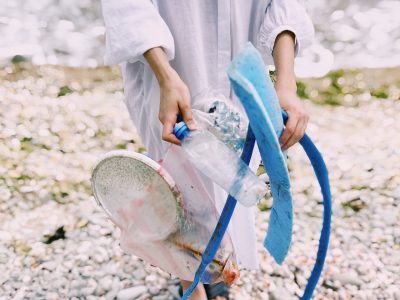 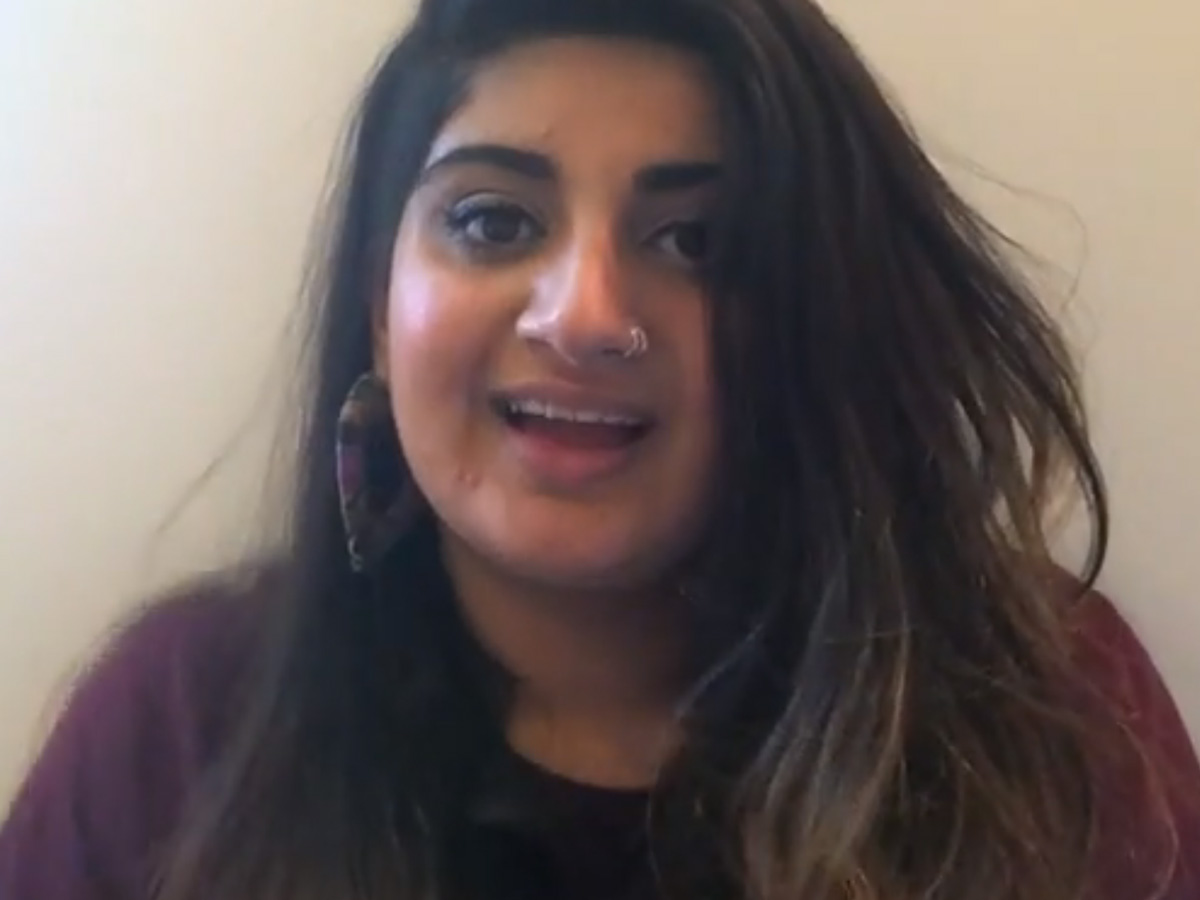 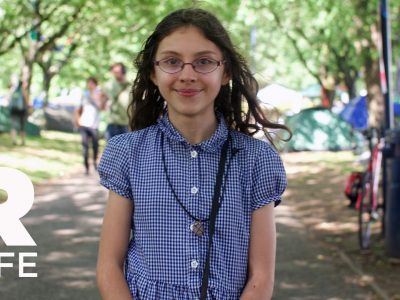 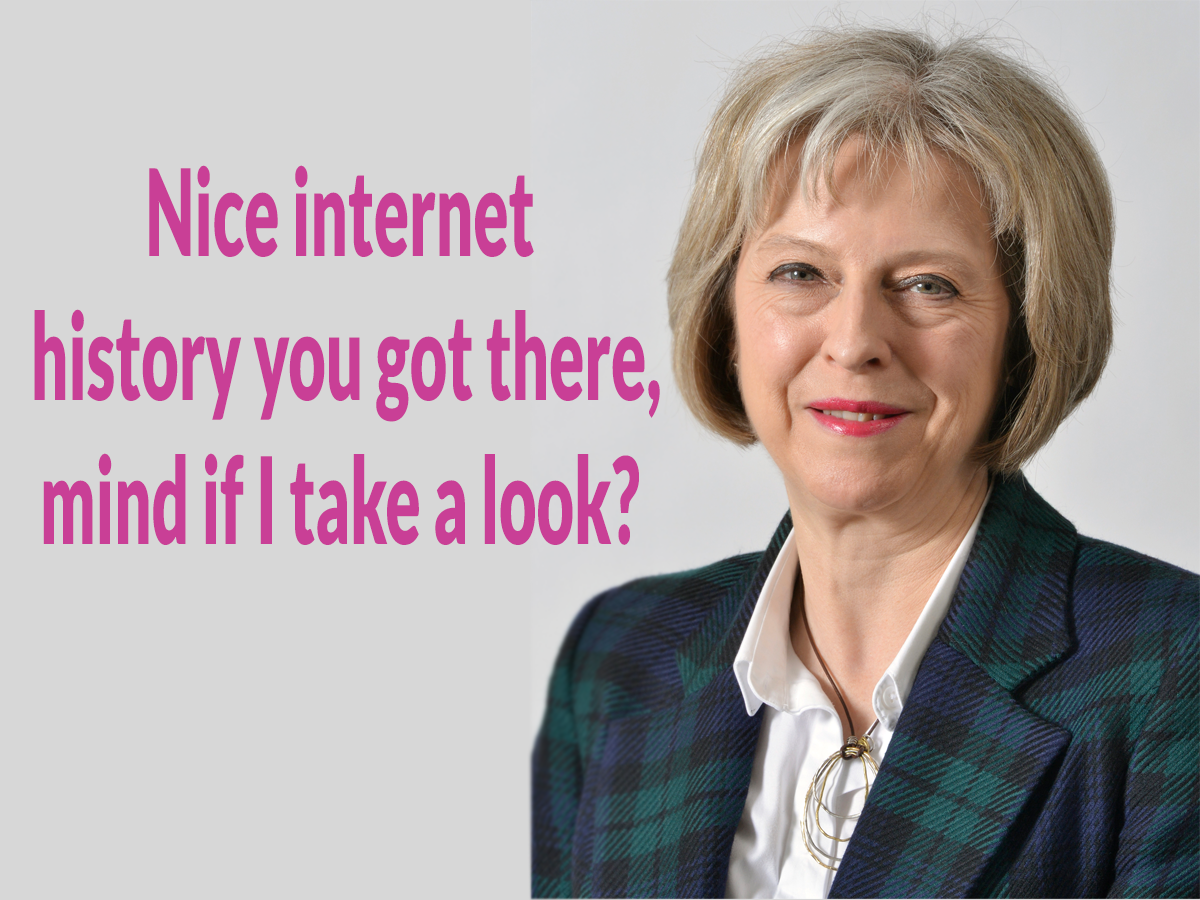 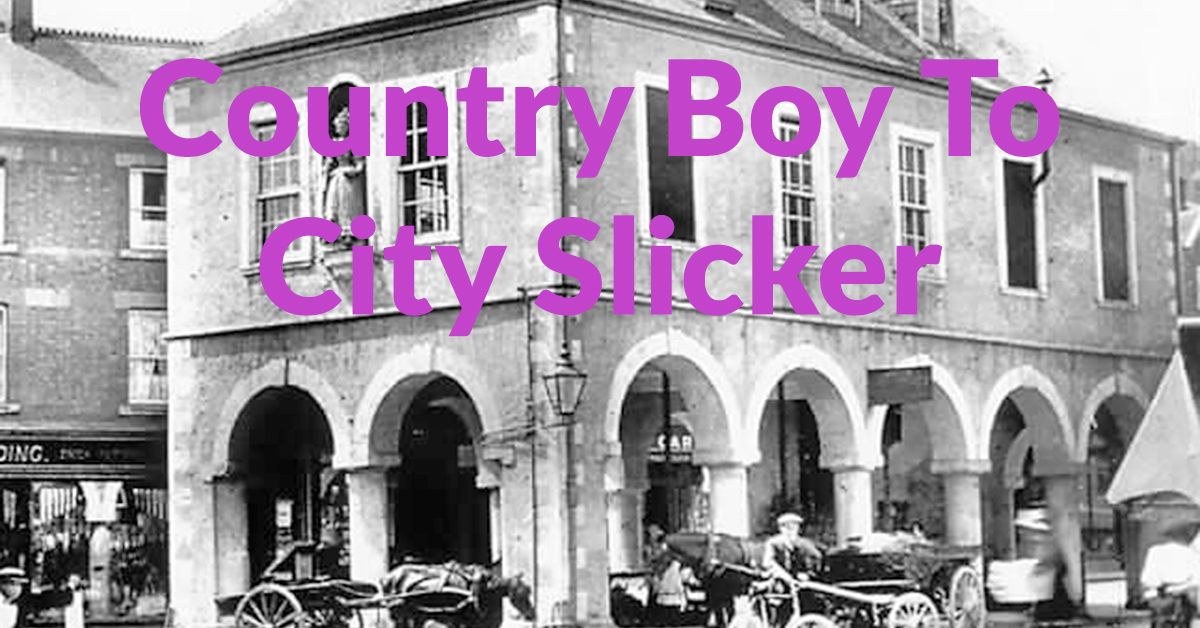 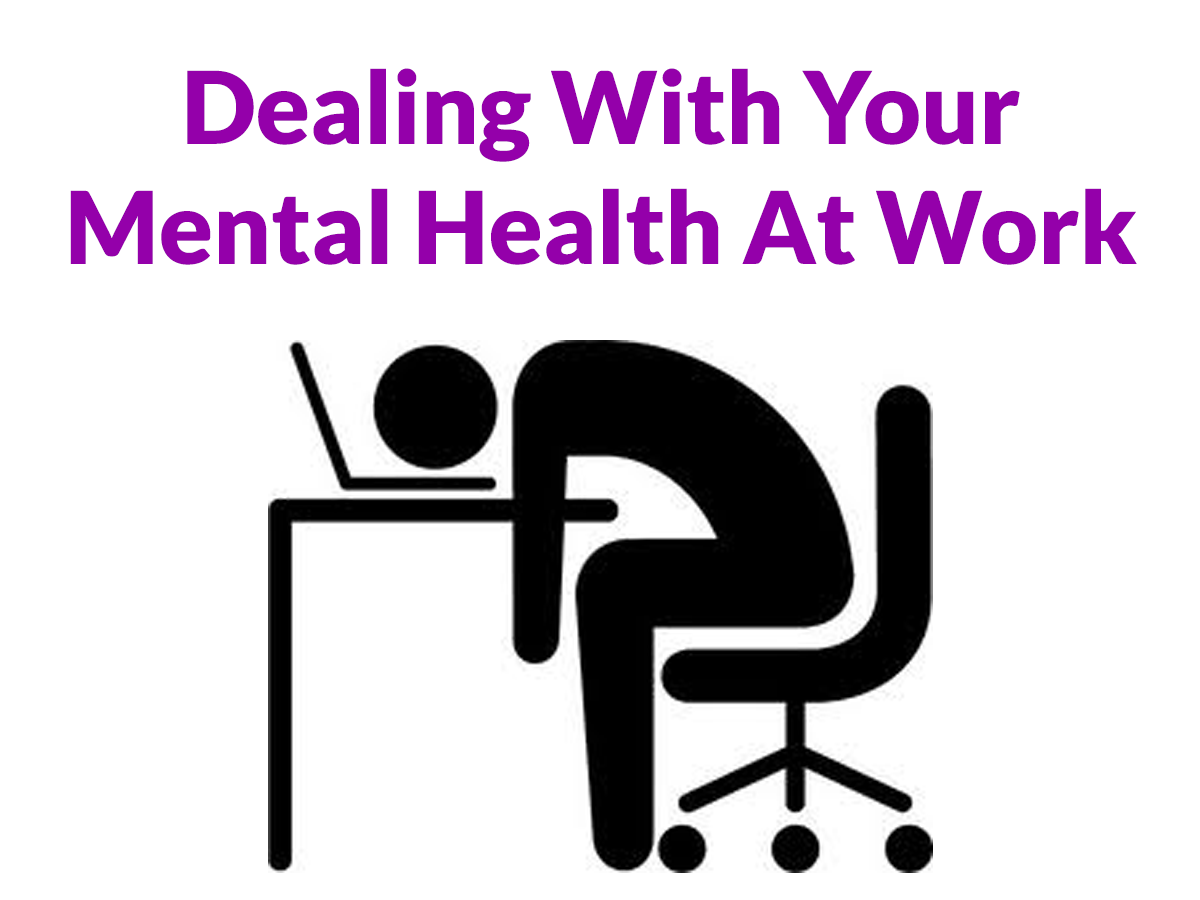 Dealing With Your Mental Health In The Workplace

It's been a tough week, ups and downs, but Barker thinks this will do people a world of good, some...
Lifestyle / February 23, 2017 / Barker
<PreviousNext>