Auditioning For ‘The Get Down’ 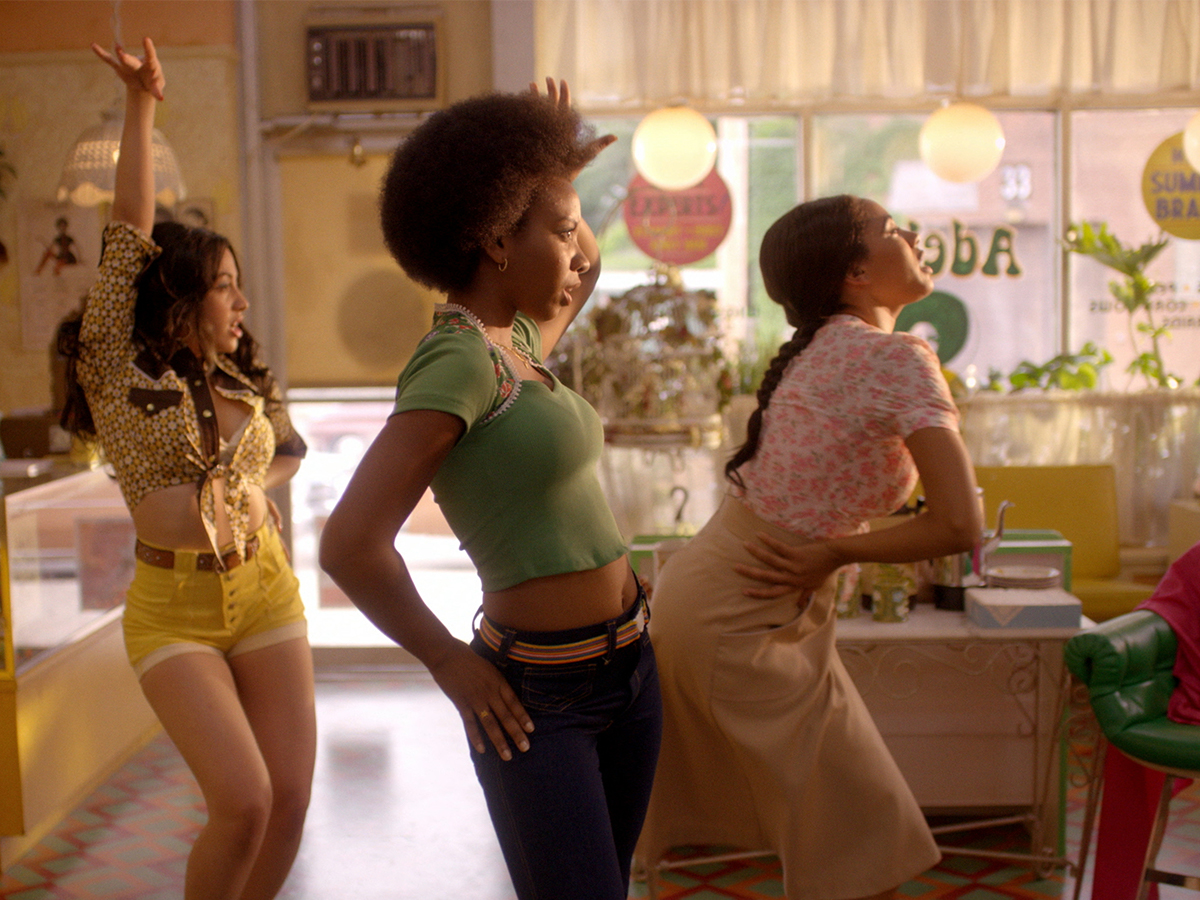 As Aisha prepares herself for an audition, she reflects on the feelings that we all can go through when we push ourselves out of our comfort zones

It happened a few days after I had watched the first episode of ‘The Get Down’.

A coming-of-age Netflix series set in the late 70’s, the Bronx, where crime, poverty and disco was the hottest thing but a new age of hip-hop culture was beginning to take form. ‘The Get Down’ follows a group of black teenagers on their quest to escape poverty and fulfil their dreams of stardom in music and dance.

I was sitting on the sofa, watching intently as scenes of 70s New York filled the screen. The colourful flared trousers got me feeling dizzy, the pulsing Afros had me feeling nothing but pride and those disco dance moves, man, I just wanted to get up and buss a sweat. I was sipping on a glass of cold water when my heart and fingertips froze. It all came to head as I realised…this show would be so much fun to be in…

I was sipping on a glass of cold water when my heart and fingertips froze. It all came to head as I realised…this show would be so much fun to be in…

Not only was the episode the epitome of my, and I think every person’s, dream; singing and dancing around the streets of New York to hip-hop music, wearing 70s outfits… like, bro, don’t even try and pretend that’s not the dream. Not only that but for me what stood out, was the fact that almost every character I saw was a person of colour, the main characters were all Black.

What a great opportunity I thought to myself, for actors, actresses and dancers living in the states to be able to audition for roles where the majority of the characters are people of colour.

After the first episode I was obsessed. I have to write a piece about this for Rife I thought, there are so many themes to discuss, plus it’s an excuse to watch a whole marathon of the series as I am ‘technically’ working.

So I wrote up a breakdown of the article and send it to my editor.

Not long after I got an email back from him. It was a link for an open casting call for ‘The Get Down’

I was in shock, I was in dis-may, I was excited. Like what the hell. I clicked on the link and the website read…’ International casting call for African American/ Latino, male and female actors, actresses and hip-hop dancers’

WOAH. I thought to myself. Is this for real?

The series pretty much sums up what I’m trying to do with my life right now: connect with music, find my own groove and push my talent. I love hip-hop and the energy it creates, I love how even though it is not directly related to me because it was born in the States, I am still connected to it. It has filtered down from centuries of tribal unity in Africa, Brazil, the Caribbean; it was used as a means of survival to keep the body and spirit alive.

I went and stuck my head around the office door, to where my editor was sitting at his desk, calmly typing away.

Ideas, thoughts and fantasies flash before my eyes before I am even able to sit down opposite him. Images of sequin dresses, an extra large tooth comb, my best body roll…

Aisha calm down, don’t get too excited, nothings happened yet.

But I cant contain the excitement. I tell my Rife crew, ‘Guys I think I’m going to audition for “The Get Down”.’

‘WHAT. OMIGOD YOU HAVE TO DO IT,’ is the response.

‘Yeah yeah, I mean what have I got to lose?’ I say aloud, but in the back of my head, fragments of a story begin shadow my optimism…maybe I shouldn’t be telling anyone about this, because there’s always a big chance that that thing could happen again…

A voice in my head reminds me of the time I auditioned for the role of Jane in ‘Mary Poppins The Musical’. I was eight and had made it through round one, one of the only two black girls. I got through round two, and was interviewed on the Bristol BBC Radio. The following week I got my script, I learnt my lines for the call-back, and had watched my Mary Poppins video repeatedly until I felt all of the cockney Jane-ness had been infused inside of me.

The third round came, they were only going to call out five ‘Jane’s, I sat on the edge of my seat, nails digging into cold plastic, my mum on one side, on the other side sat a little girl I had made friends with, I chatted absentmindedly with her until the casting director began to call out names…

In the back of my head, fragments of a story begin shadow my optimism…

The fifth name came. And it wasn’t mine.

Emily, the friend I had made, shot up and flounced towards the rehearsal room. The door closed and I was devastated.

As I remembered this, I began to think was the ‘The Get Down’ audition going to be a repeat of that scenario? Am I brave enough to put myself forward and risk rejection again? And not only risk rejection in solidarity but also in front of the people I have told, which is just as scary, because the only thing worse than failing, is having other people know you have failed.

Beginning to sink into a deep hole of fear and regret for even mentioning it to anyone, I came back to remembering why I was initially so excited by the audition, because it opened a space where the casting directors were calling for people like me, people who loved Hip Hop, loved dancing, people who were explicitly ‘African American’… Hey. Hi. Hello. I’m a young female who could pass as an African-American, who can put on a pretty good New York accent, who loves hip-hop dance and disco music. Nice to meet you, I’m Aisha Sanyang- Meek. Born and bred in St Werburghs with the heart of a New Yorker (I went there last year and I do actually believe it to be my spiritual home)

So despite my fear of rejection, despite the fear of being ashamed for potentially not getting it I realised that just putting myself forward and being able to present myself in a space that has called for me, is enough for me. That even if I don’t get a role, even if don’t get a call-back that at least 1) I tried 2) I tried and 3) did my best. Oh and 4) told people that I’m going to audition with a little less fear of judgment than I had before.

And that’s ok, which is why I am going to Get Down 😉 and see what happens.

Four days, three hours sleep per night and a lifetime of knowledge and contacts in the TV industry.
TV / September 3, 2015 / Yero Timi-Biu 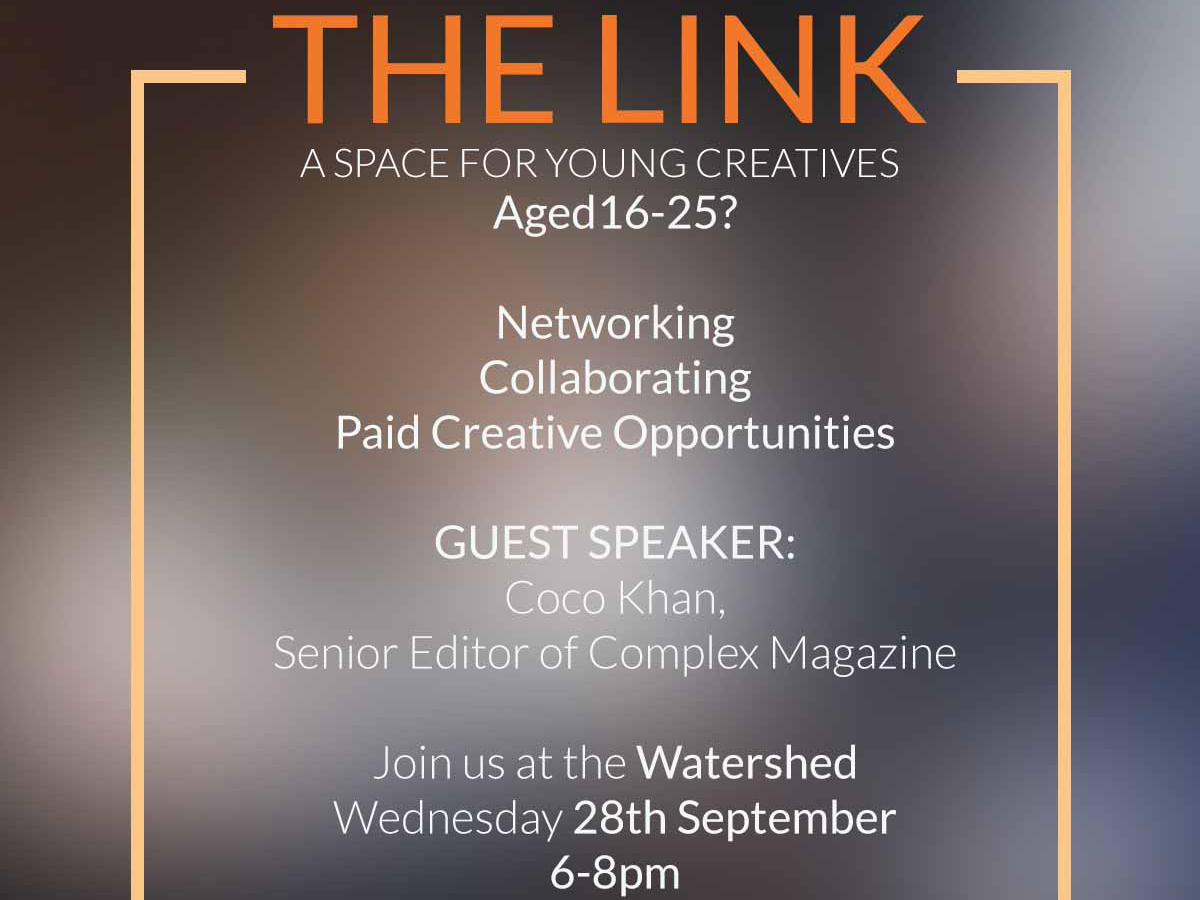 THE LINK: Our Creative Networking Event Returns This September

This month, Rife is hosting  'The Link', a free networking event for young creatives in Bristol, to discover the latest...
Events / September 6, 2016 / Aisha Sanyang-Meek
<PreviousNext>