Top 7 .io Games And Why They’re So Popular

Harry explores the .io games boom and gives us seven of the best.

If you’ve visited YouTube, Facebook, Reddit or even just the app store in recent years, you may well already have come across the multiplayer games Agar.io and Slither.io. In fact, with player counts peaking just below 160,000 on a daily basis, and YouTube stars such as PewDiePie and Jacksepticeye releasing gameplay videos with view counts upwards of seven million people, anyone who’s been online at all in the last year has probably been having a hard time seeing much else. There’s certainly no denying the popularity of these titles and the growing wave of such titles, with Slither.io currently holding 18th on the App Store’s ‘Free’ ranking, and Agari.io at this time sitting in 76th in under the ‘Games’ category, despite having been released on IOS over a year ago. Being able to boast such figures is no mean feat for any game, yet alone those based in a browser, and knowing this we were left with the questions: ‘What other .io games are out there?’ and ‘How did these simplistic web games become as popular as some of the biggest AAA titles in gaming today?’ I set out to learn more… 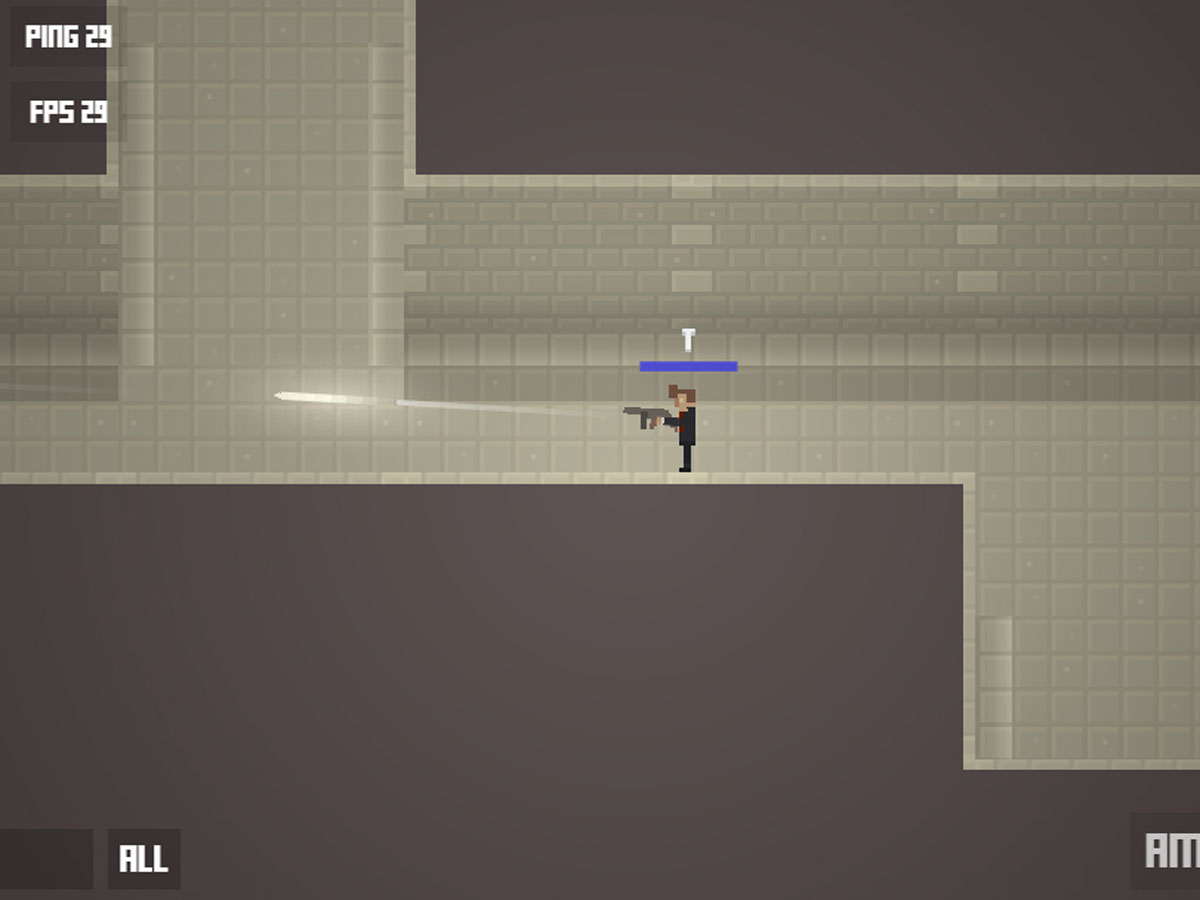 The first game I discovered was Vertix.io, a charming online, nearly top down shooter that sees players dropped into a maze of concrete corridors, set to gun down any enemies they run into along the way. With three game modes (free for all, lootcrates and hardpoint) and a selection of characters that would appear to have fallen straight out of Hollywood movie clichés (a personal favourite being ‘Spray ‘n’  Pray “Hank”’) the end experience is not unlike that of a fast paced and slightly silly game of ‘Call of Duty’. 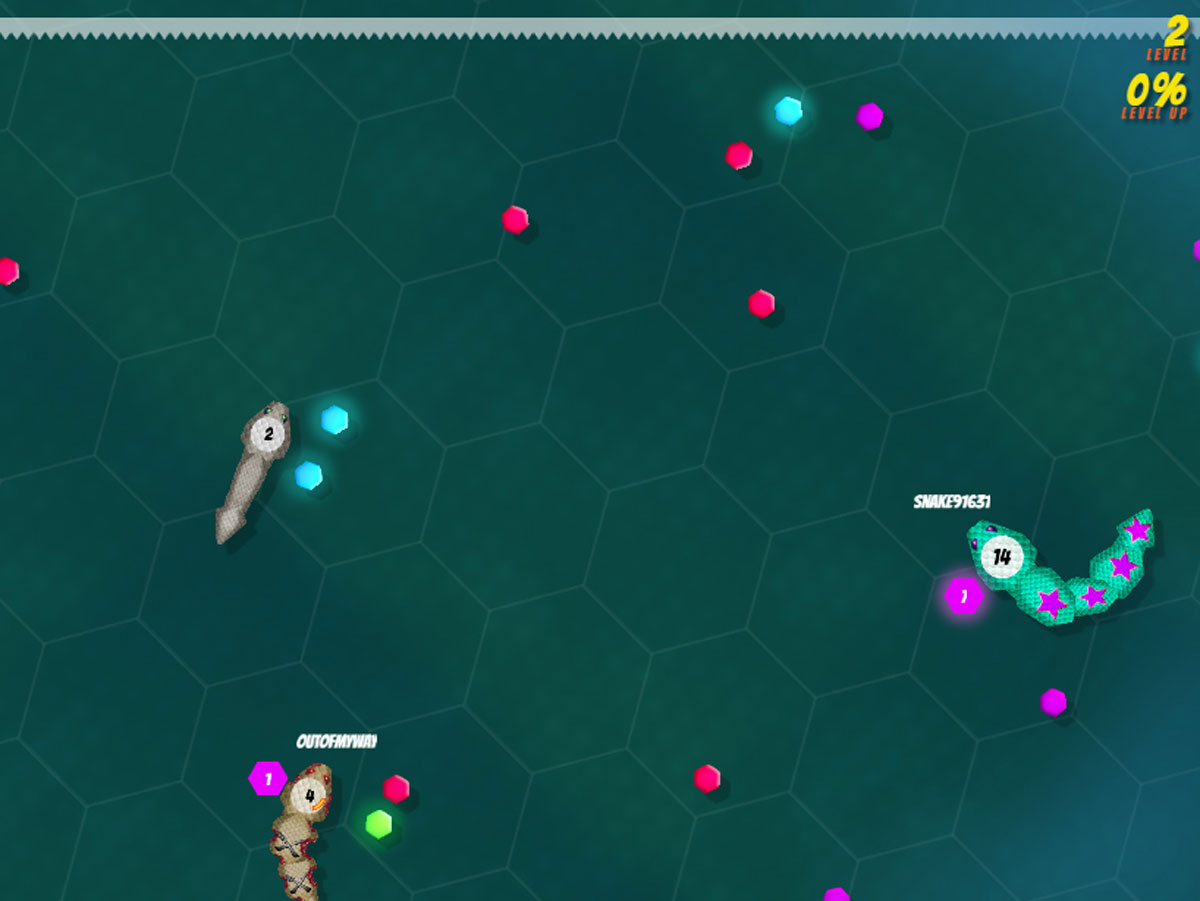 As a fan of Slither.io, Supersnake.io was a fantastic experience. In many ways, Supersnake.io plays very similarly, with players attempting to force the other snakes to drive into their side head first to destroy them, at the same time consuming as many colourful pellets as they can to extend their snake, all whilst trying to avoid the being destroyed themselves. However, if that didn’t sound chaotic enough for you, Supersnake.io takes it a stage further and allows you to fire lasers from your face, perfect. 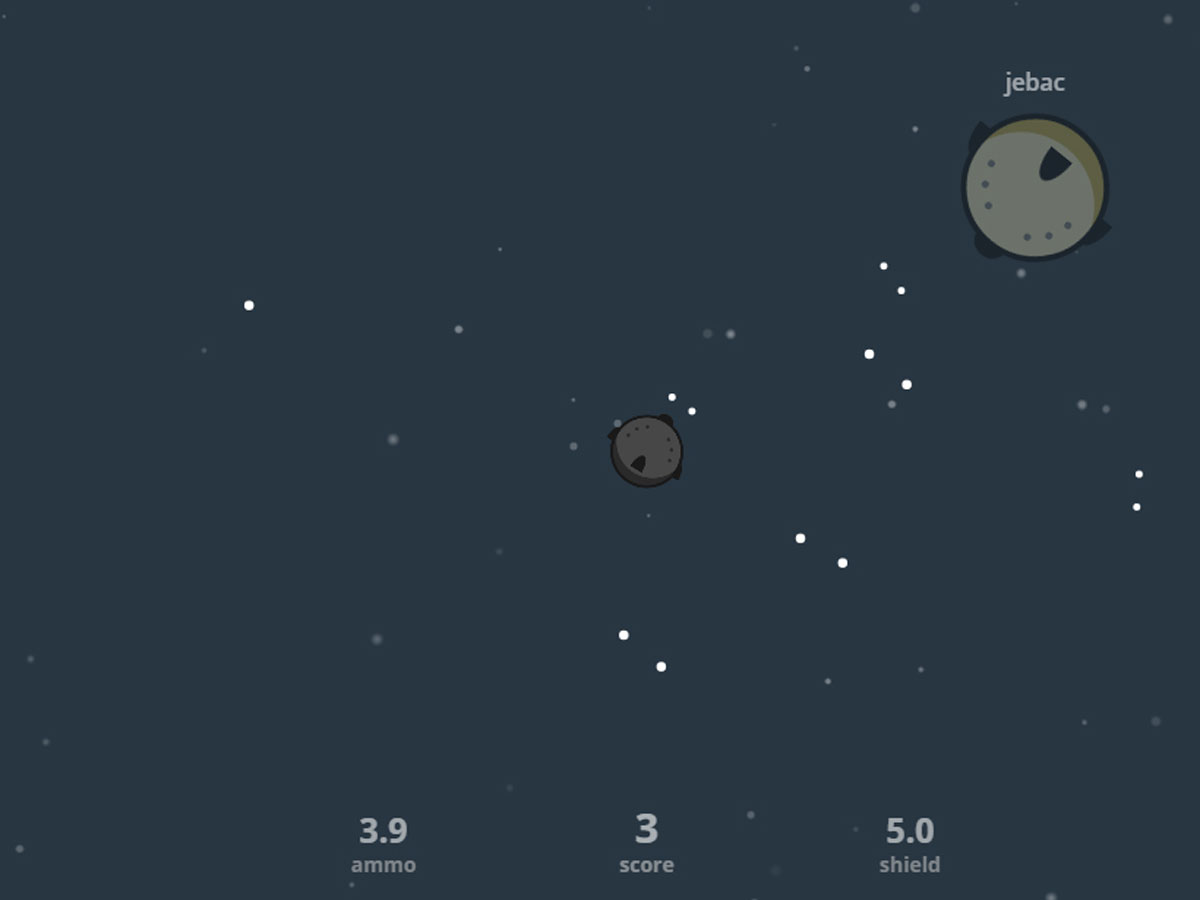 Easily one of the most stylish looking games I played through was that of Vanar.io, a cartoonish imagining of what the arcade classic ‘Asteroids’ might have been like if as well as being pelted by asteroids, your spacecraft was also being endlessly being attacked by progressively bigger spaceships, just in case you weren’t finding the former challenging enough. With only the capability to turn and boost in one direction to control your ship and a combination of both shields and missiles required to survive, Vanar.io makes for some fantastically frantic multiplayer space combat. 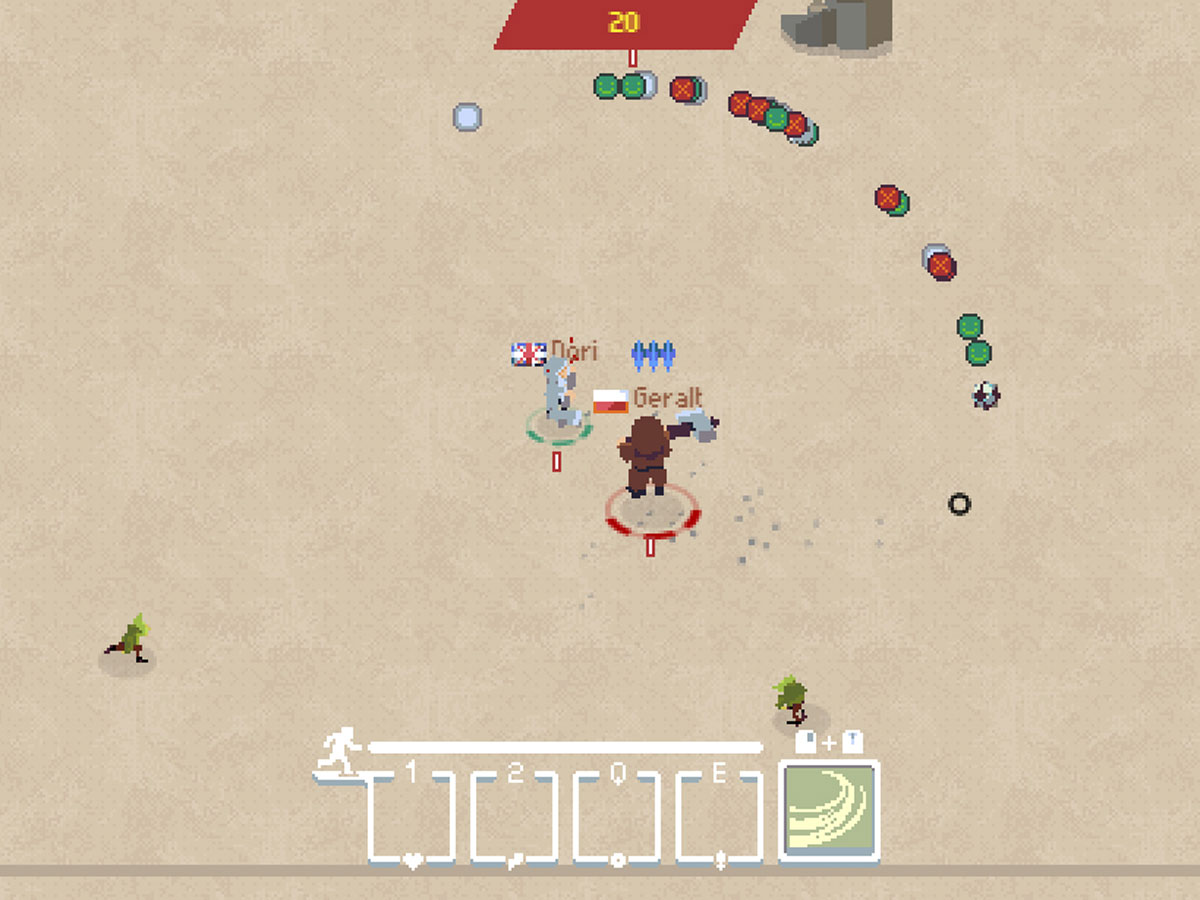 From the space age to the medieval, Wilds.io’s hack ‘n’ slash gameplay sees two opposing teams pitted against each other in brutal close quarters combat. The ability to pick up potions, swords and armour all the while trying to make those much needed kills to unlock the next class means that Wilds.io isn’t just enjoyable to play once or twice, but provides a genuine incentive to come back and keep playing. Wilds.io is everything you could want from a multiplayer fantasy game, provided you don’t find the use of landmines alongside swords and potions a means of breaking your immersion.

Despite only being in the early alpha stage of its development, Tankwars.io is easily one of the most fleshed out and player populated .io games currently available. The action begins immediately and never lets up, as I learned quickly as my tank was dropped by parachute into the desert only to be under fire, skirting landmines and dodging air strikes the second I was on the ground. Once I found my feet, or perhaps more fittingly, tracks, I found Tankwars.io was an excellent blend of firing on the enemy, speeding for cover and deploying air support as quickly as possible to try and buy myself a few extra seconds of not being on fire. 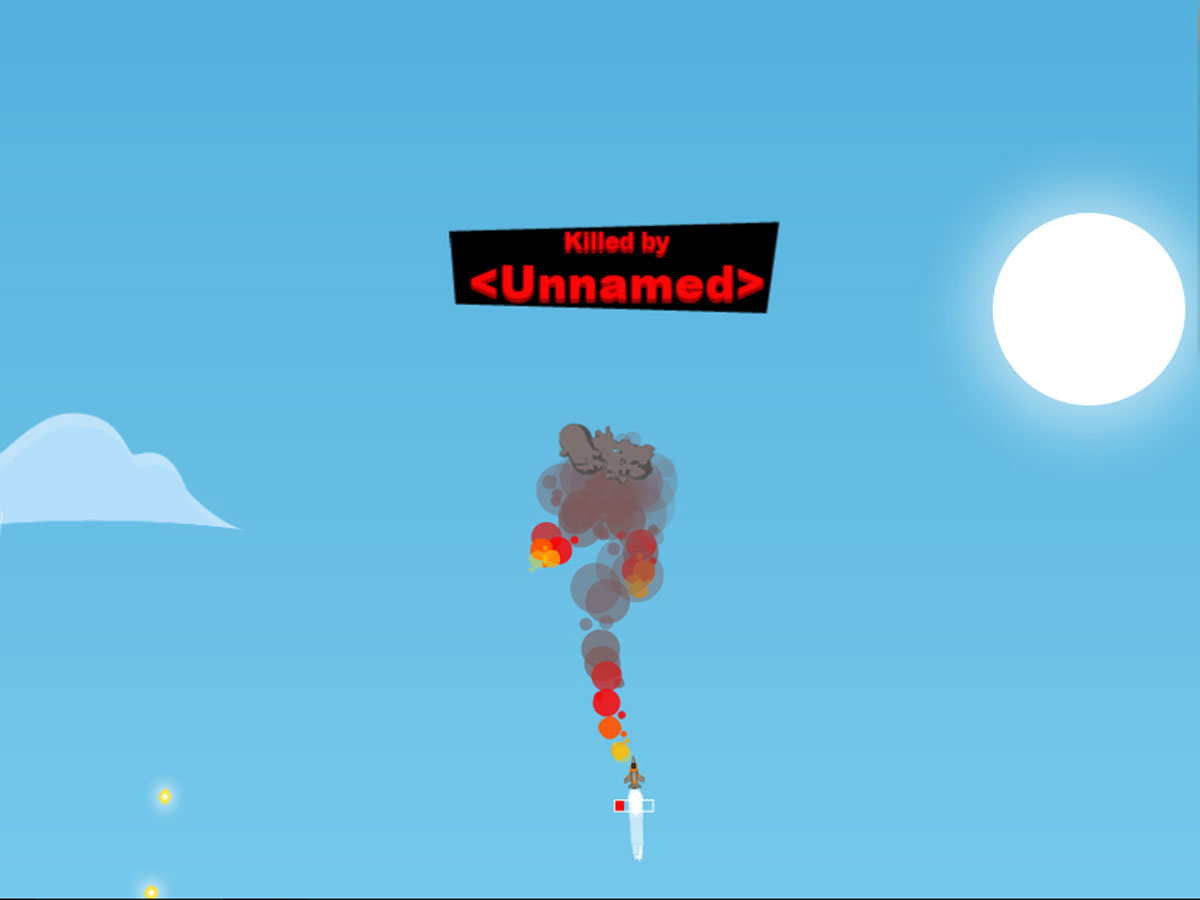 Since I found in ground combat I was being endlessly blown up, I thought I’d take to the sky… and get endlessly blown up. Wings.io is  an online dogfighting experience.  Players take control of a jet plane controlled by their mouse and armed with missiles, with the simple goal of taking down as many of the other player’s planes as they can all the while dodging the assaults of other jets. Throw in a healthy amount of rail guns, laser weapons and an awful lot of dodging and you have the fast-paced fun of Wings.io. 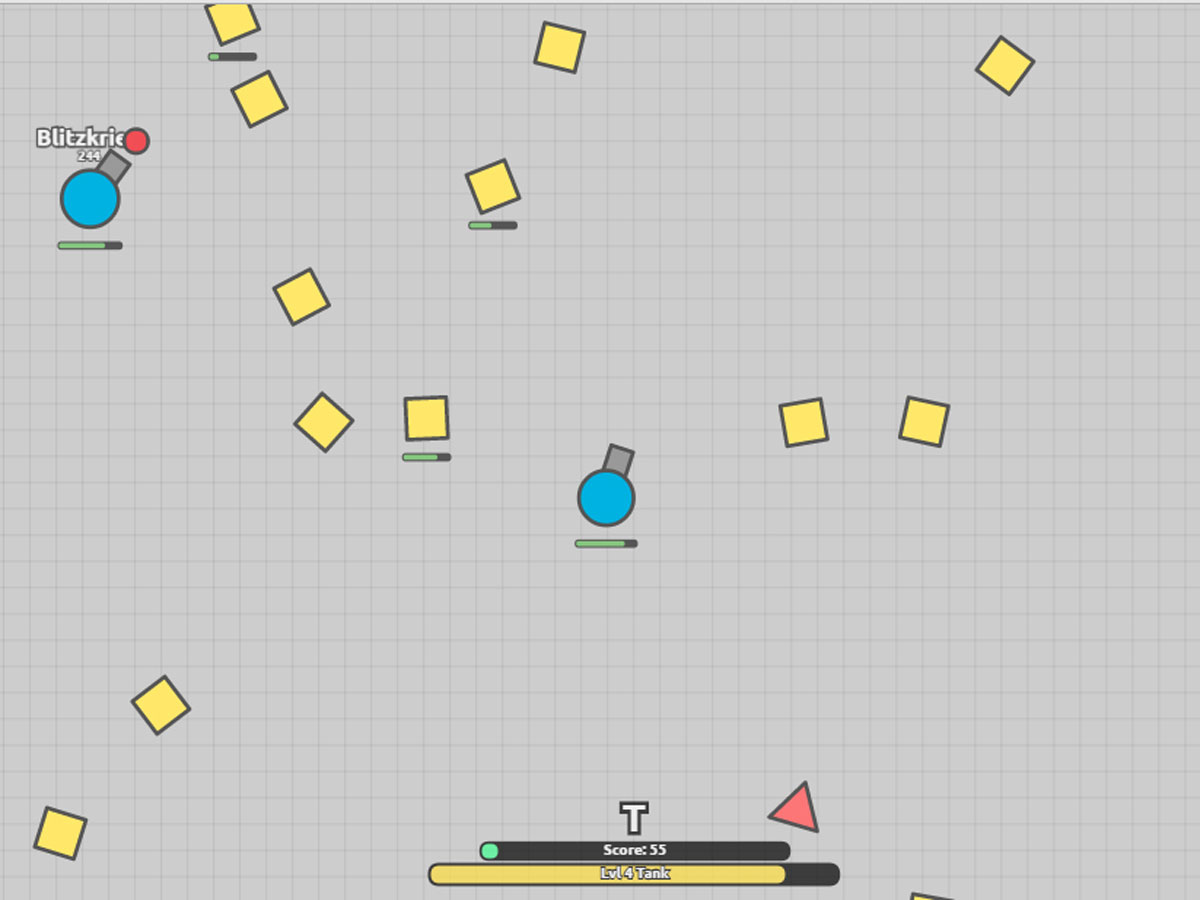 A favourite web game of mine, even before I began researching for this list, Diep.io has more recently seen the success of the previously mentioned Agar.io, and is similar in many ways. Players start life as a blue dot equipped with a single shot weapon. As they destroy the small coloured blocks around them, the dot can be upgraded to be faster, or shoot further, or just have more health, and eventually the option is given to diversify into specific classes, and hunt larger prey. The action develops with the player, starting small and shooting the nearby coloured squares and eventually growing into the most powerful player in the game.

But what exactly has been the driving force behind the explosive success of the .io game genre?

But what exactly has been the driving force behind the explosive success of the .io game genre? When you consider the fact that the widely regarded catalyst for their popularity burst, Agar.io, only released on 28th April, 2015 yet pulls a daily player count rivalling that of major PC games such as that ‘Rocket League’ and ‘Teamortress 2’, there can be no denying the factors that have driven .io game’s popularity are extremely relevant and insightful to the ever changing landscape of the games industry and the demands of its consumers.

A glance at the front page of YouTube might leave you with the impression that it is the popularity of these games amongst gaming YouTubers, with a search for ‘agar.io’ on site yielding a staggering 10,400,000 results.  However, although there can be no denying that .io games being played by some of the biggest names in YouTube gaming will certainly have helped turn new players onto the game, it still doesn’t explain why it was these games of all those played by these internet celebrities that saw the greatest rise in popularity, nor does it explain the players of these games who found them through alternative sources.

In an article for gaming site Kotaku, Patricia Hernandez attributes the popularity of these titles to their ‘being easy to pick up, even if you don’t play video games’, ultimately concluding that it is the low barrier for entry required to begin playing and enjoying these titles is all but non-existent, meaning that both seasoned players and first timers can interact on a relatively even playing field and enjoy the same gameplay experience, and any player with just a mouse and keyboard has an opportunity to achieve that top spot, provided they are willing to commit the time that requires.

…it is perhaps of no surprise that these games are the latest craze from the gaming world.

What Hernandez highlights in regards to entry requirements, touches on the surface of a study released in 2012 titled ‘The Future of Gameification’, ‘gameification’ being the term coined to refer to the addictive and exciting properties video games have on their players and how more and more non-gaming industries are being ‘gameified’ to provide incentives to play. The study itself delves into how internet integrated features in online games such as ‘retweets, leader boards, achievement data, progress bars and the ability to level up’ are becoming ever more prominent in multiplayer gaming, and how it is a combination of these properties that has in recent years driven the success of certain online games and it is considered that such features encourage learning, participation and motivation. When you consider the every single one of the games on our list has a leader board, ability to upgrade and power up and for the most part the capacity to share your score on social media, it is perhaps of no surprise that these games are the latest craze from the gaming world.

And the study continues onwards from there, predicting that in the not so distant future, the gaming features that have given rise to the .io game, will soon be applied to new aspects of our day to day lives in a ply to encourage us into other activities. For example, the recent craze for ‘Pokemon Go’, an app that effectively encourages people to go out and exercise all the while meeting new people. Many apps have tried and failed to do what ‘Pokemon Go’ has done and the reasoning behind it is simple, ‘Pokemon Go’’s levelling up, Pokemon catching, landmark visiting mechanics ‘gameify’ outdoor activity to the point we no longer realise we’re doing it. And with PokemonGo’s success and that of .io games too, it looks like we’re set for a future of increasingly ‘gameified’ lives.

Create your own museum using ‘Minecraft’

What games are you feeling at the moment? Are books better than video games? Tell us @rifemag 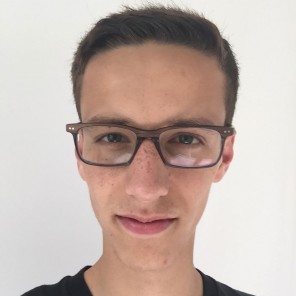 Harry is a sixth form student, about to start his second year studying Photography, History, Geography and English Language. Outside of his school work, Harry enjoys running, watching movies and walking his dog. When he’s not doing any of those things, you’ll likely find him in a dark room hunched over with his head buried in a video game.