Black Lives Matter: Why It’s More Than Just A Hashtag

‘A Love Letter To Black People’ – Jasmine explores the relevance of Black Lives Matter and how it’s manifested itself in modern day culture.

Black Lives Matter was born in July 2013, when Alicia Garcia took to Facebook to write a poignant post affirming the value of black lives after the shooting of teenager Trayvon Martin, and the acquittal of George Zimmerman. The hashtag rapidly turned into a movement, and a wave of activism and protest uniting millions of individuals washed over the United States. Black Lives Matter, often shortened to ‘BLM’, raised awareness of how black people are unfairly treated by the police and often suffer at the hand of the justice system. Michael Brown (18), Eric Garner (43), and Freddie Gray (25) are a small handful of young men who fell victim to unlawful force. And as the bodies grew, so did the awareness, and the campaign has continued to gain momentum dominating not just the United States, but crossing borders into Europe and the UK.

#SayHerName showed that the value of black women’s lives should never be ignored or minimised.

The population of Baltimore took to the streets after the killing of Freddie Gray to protest the injustice of American courts. Much media coverage depicted the nature of these protests as being tactless and brutal, while peaceful protesting received next to no coverage in tabloids. This misrepresentation of BLM activism raised questions about what the movement aims to achieve (for the record, this), and some people believe it’ll fail to generate any real change. But BLM activism has crossed borders and has unified societies across the world.

This is not just about American police brutality. Notable US slogans such as ‘Hands Up Don’t Shoot’ and ‘Black Lives Matter’ reached deep into Europe, when in Autumn 2014 a young black man, detained by police in Amsterdam, echoed the last words of Eric Garner, crying ‘Ik kan niet ademen’ (Dutch for ‘I can’t breathe’) before dying.

This all highlights the power of the online activism and the media, and how rapidly a movement can dominate not just the internet, but prompt people to take action in times of turmoil. 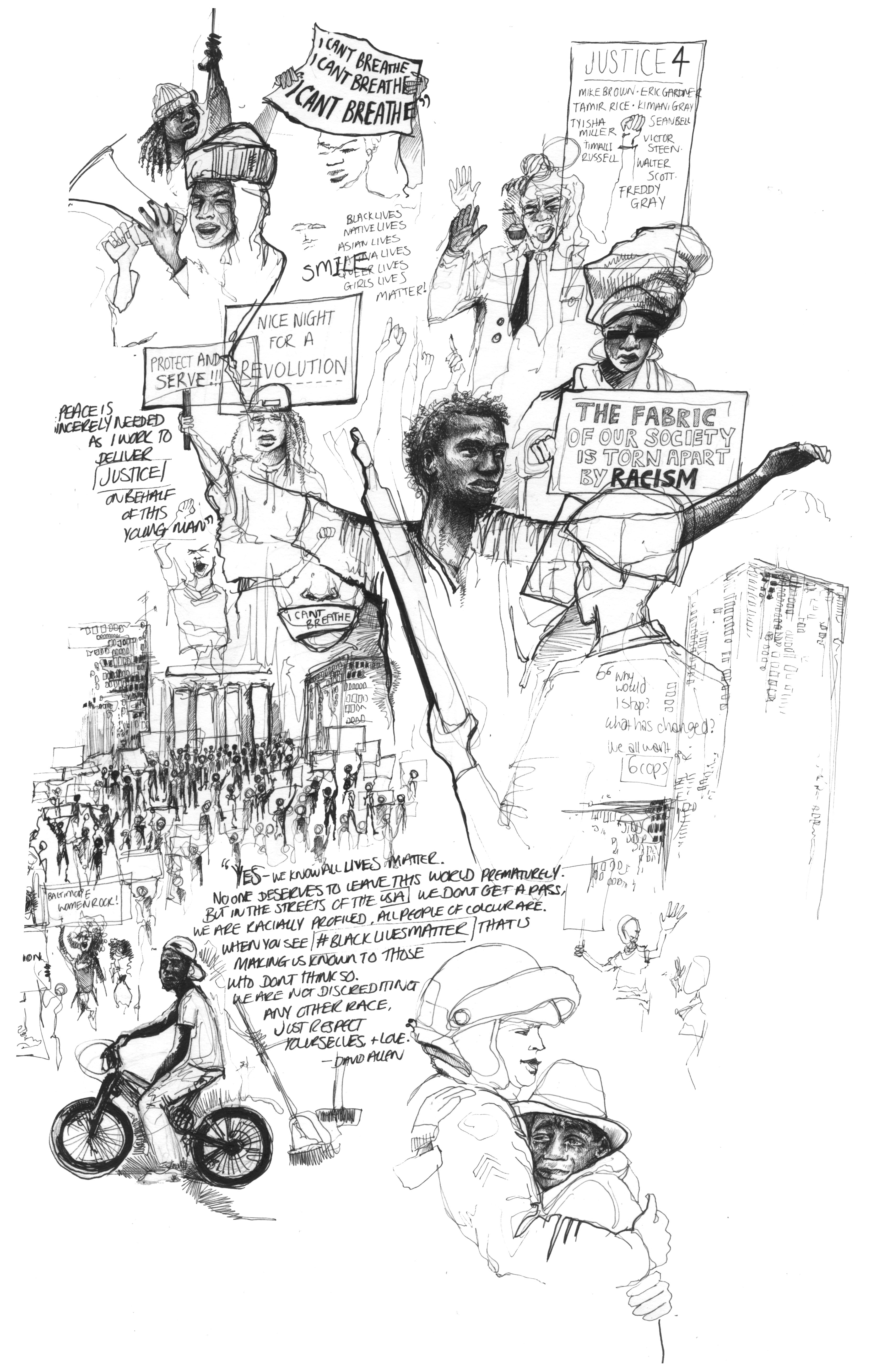 The statement itself brims with inclusivity in terms of gender, race and sexuality.

Although initially, the movement set out to address and tackle the unjust killing of unarmed black men and women, it has achieved far beyond this. The statement itself brims with inclusivity in terms of gender, race and sexuality. BLM has not only brought justice to some the families suffering because their brother, uncle, son, father has suffered at the hands of institutional racism, but it has uncovered a sense of value and self-worth within people.

Founder Alicia Garza openly addresses the fact that there are cases involving black-trans people who are getting killed and receiving little public attention as it’s thought to be of limited value to the broader narrative. Black lives have been devalued hugely by society, and it’s also so crucial to remember the importance of valuing lives regardless of sexuality and gender.

The significance of black women’s lives ignited BLM in wake of Sandra Bland’s death in summer 2015. Bland died in custody after being arrested for a minor traffic offence, and the case established more than ever that we’d failed to prevent the methodic killing of black women. The system failed to acknowledge anyone but Bland to be responsible for her own death, and the people who triggered the events that led up to it failed to be punished. Tamir Rice, Gray, Brown et al are all recognised symbols of Black Lives Matter, and until now many women who died at the hands of the police were faceless. #SayHerName prompted the stories of young females such as Tanisha Anderson and Rekia Boyd to be carried in the same way. #SayHerName showed that the value of black women’s lives should never be ignored or minimised. 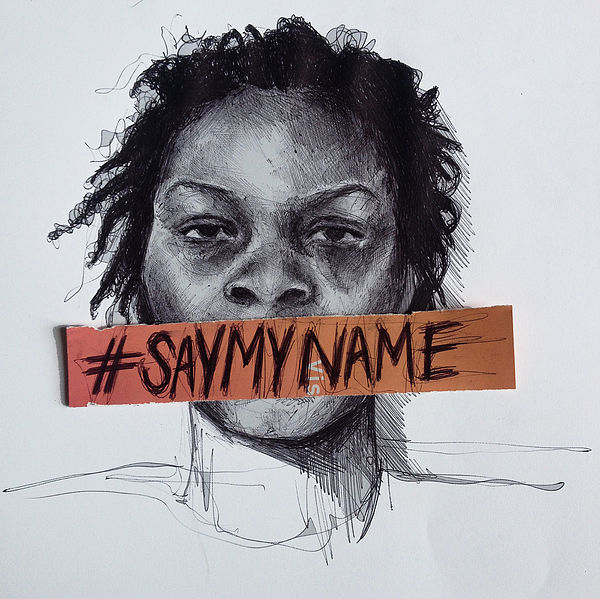 The movement has made its mark globally, with protests marches and rallies in its name sprouting up all over the world. In 2014, there was a solidarity march in central London that involved 5,000 people marching peacefully at the US embassy. More notably, the deaths of British men such as Roger Sylvester and Sean Rigg in police custody sparked uproar, as not only were they both victim of mistreatment but they both suffered from mental health problems. This itself is a huge issue, as according to statistics, over half the deaths in police custody in the UK are black men with mental health issues

Academic research has shown that people of black and minority ethnic groups are more likely to suffer from mental health issues and have much less accessibility to health care. This is intensified as a result of racial profiling- victims have been persistently characterized as ‘dangerous’, ‘violent’ or implications such as ‘drug user’. These stereotypes are often associated with black males, and often it is implied the victim is responsible for his/her own death. Campaigns for these men are increasingly demonstrating the importance of mental health issues- in both black and white communities – highlighting these issues is not to be disregarded and must be considered on a much higher level.

Black Lives Matter has a widespread presence across social media outlets globally. Like all advocacy, it has attracted its haters too. It’s a huge misconception that the movement is an anti-white movement. BLM demands the world affirms the value of black lives in practical ways, closing the racial wealth gap, combating housing inequality and ensuring people of all backgrounds enjoy a good quality of life. The hashtag #AllLivesMatter is cropping up more so online than ever – yes to get down to the nitty-gritty, yes of course all lives matter. However not all lives are in danger. #BlackLivesMatter is about black and ethnic minority people being valued and seen as just as strong, relevant, and important.

The movement has brought a sense of unity and political power to black people worldwide. It highlights a strength in people and their ability to impose positive change in times of unrest.

Baltimore photographer Devin Allen uses photography to capture a beauty within the protests, which is so often unrepresented. The London Campaign Against Police and State Violence is volunteer-built organisation to hold the Metropolitan Police to account for any abuse of power, and bring an end to brutality, racial profiling and the racist use of Stop & Search. President Barack Obama gathered with Ferguson protesters at the White House to discuss policing and state violence. Still, there is still so much to be done, but BLM has symbolised a strength and movement that cannot be disregarded any longer.

Whilst Black Lives Matter came to life in the wake of someone else’s fatally ending, it has been a powerful instance of activism and reinforced a sense of worth, pride and honour to the lives of people worldwide.

Ahead of the Mayoral Election, Grace considers moments Barack Obama showed his human side - an example she thinks should...
Fun Stuff/Lists / February 12, 2016 / Grace Shutti 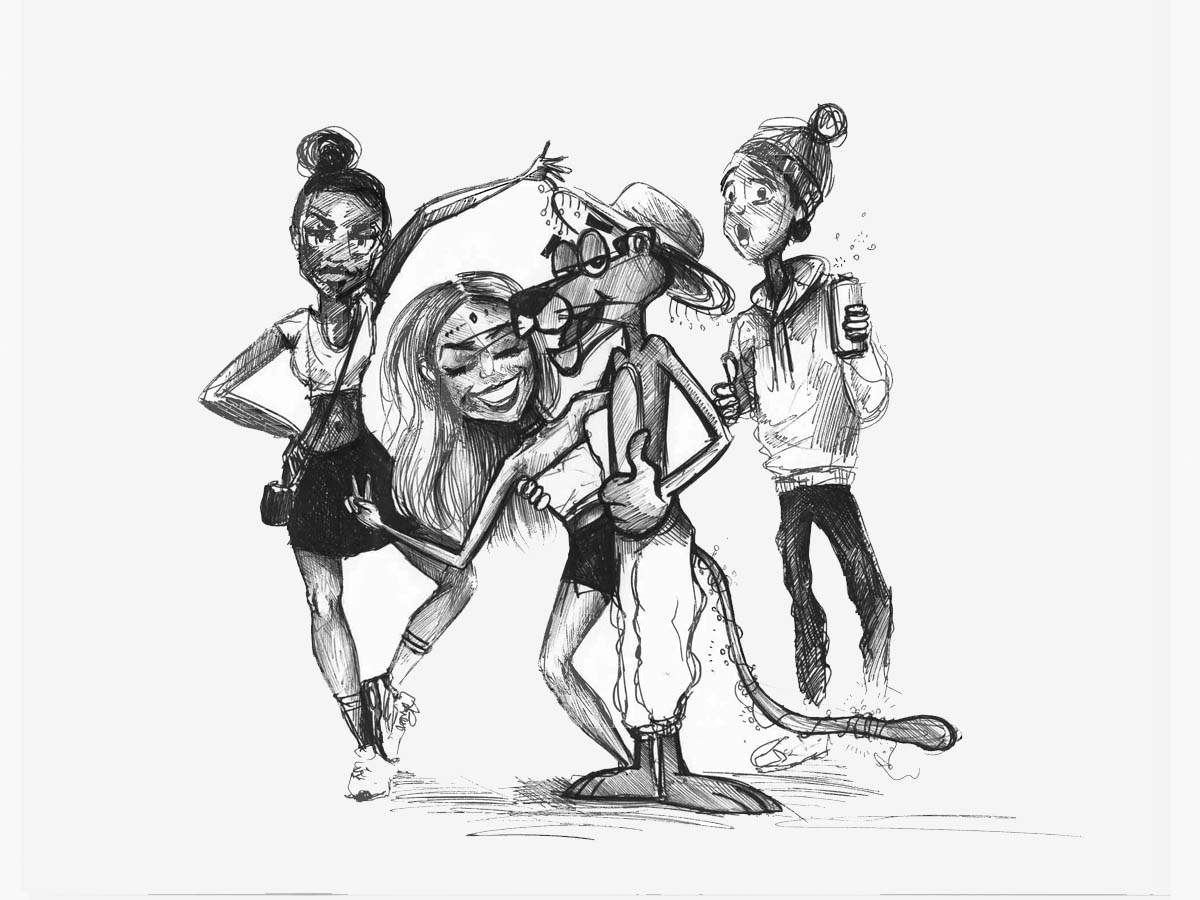 Childhood Cartoon Characters: Where Are They Now?

Jazz draws some of our favourite cartoon characters from childhood, and re-contextualises them in a modern-day, urban environment like Bristol.
Art / August 18, 2016 / Jasmine Thompson 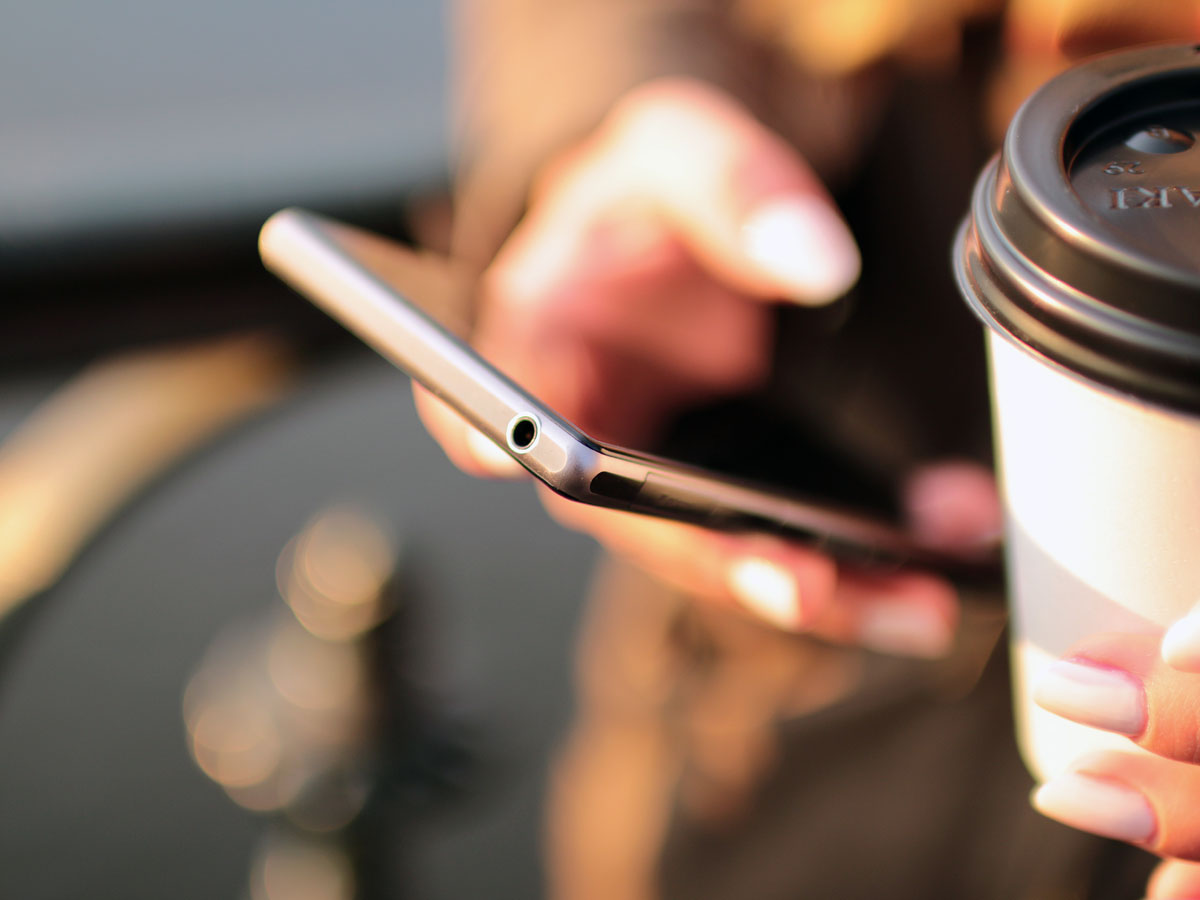 Jasmine looks at dating apps and explores the many problematic characters you encounter in an online dating world.
Lifestyle / June 23, 2016 / Jasmine Thompson 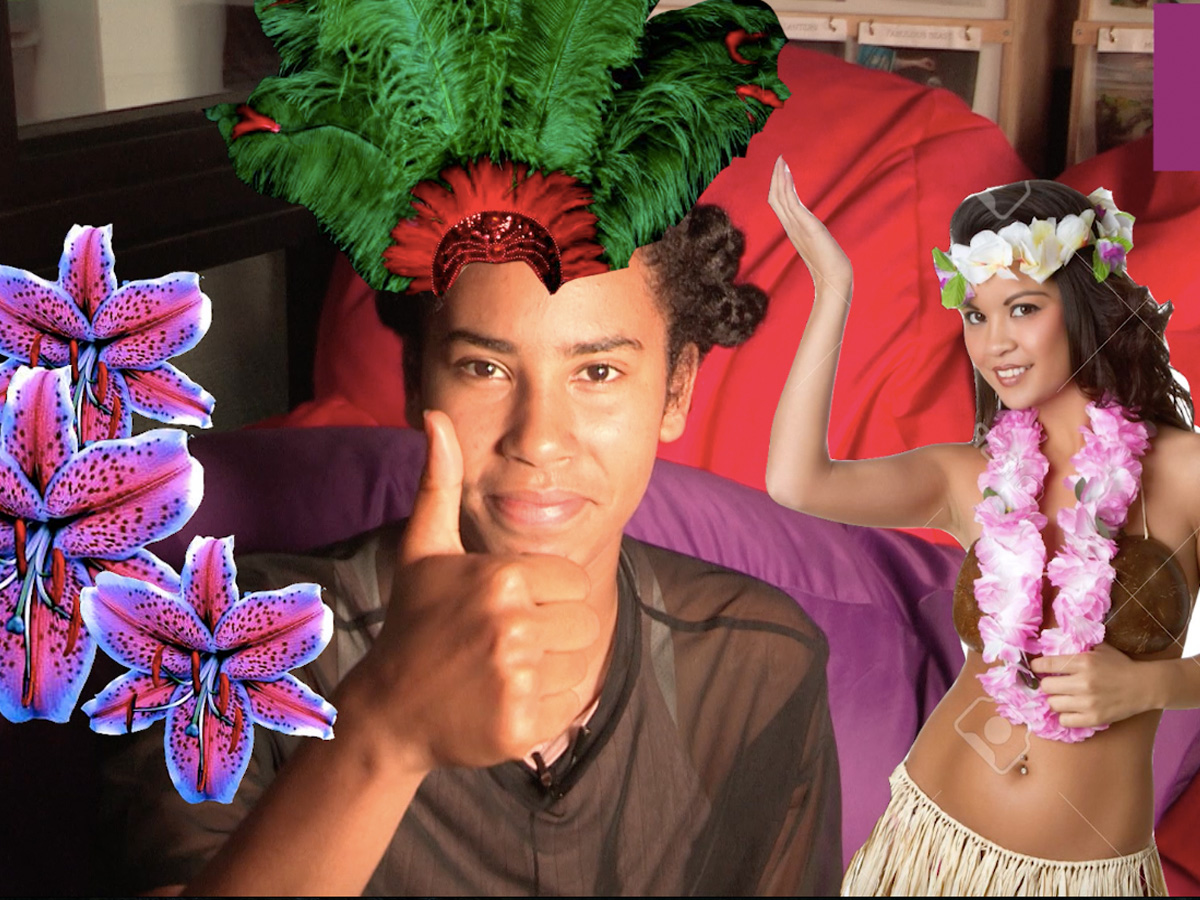 The Rife team and Bristol mayor Marvin Rees  get under some of the common myths associated with being mixed race,...
Film / October 12, 2016 / Jasmine Thompson
<PreviousNext>