A Series Of 31: On Illustration Challenges 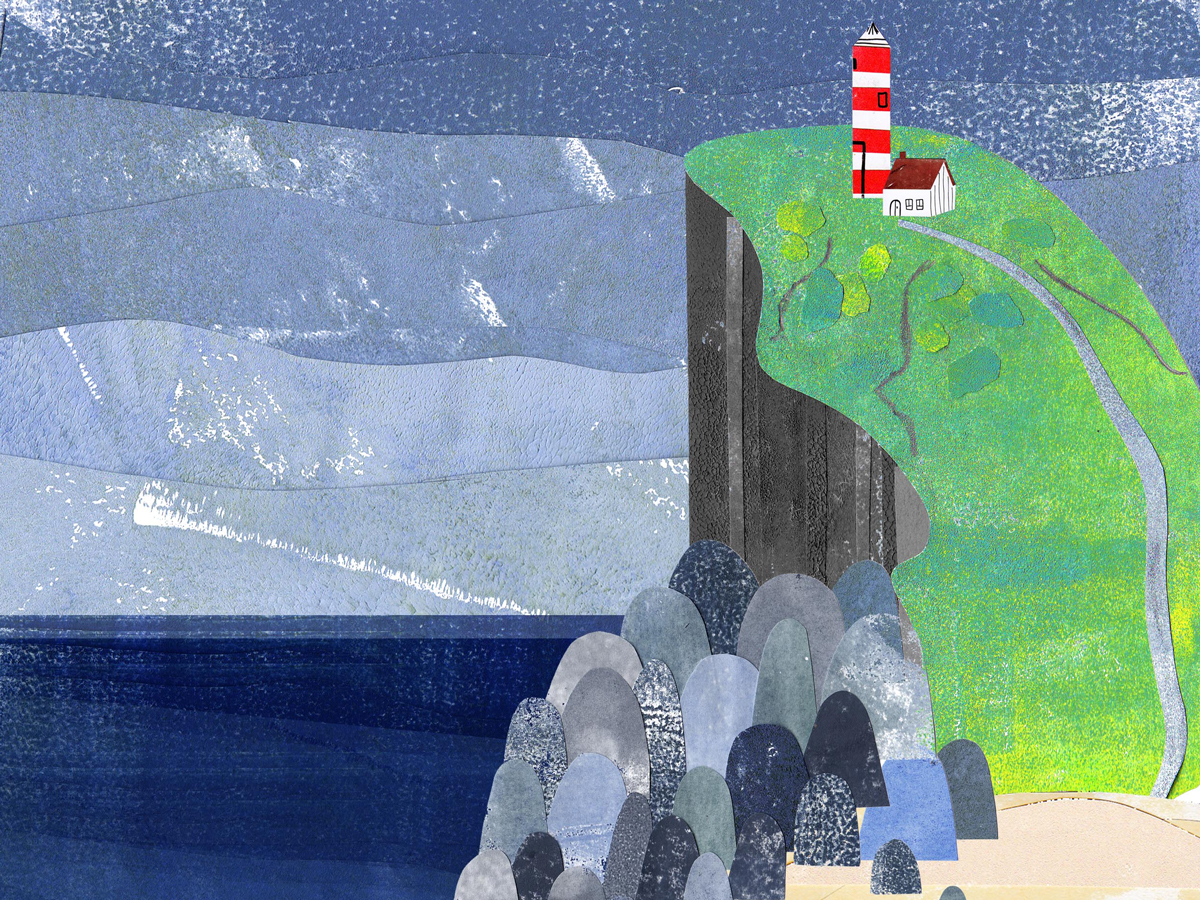 Artist Fiona Clabon talks us through her 31 day challenge and how it helped kickstart her year.

My collages are created using papers that I’ve printed different textures onto with printing inks.

January 2015 saw me complete a collage a day, a challenge I set myself to ensure I had a productive and creative start to the year. January 2016 saw me, slightly foolishly, take up the challenge again.

After the Christmas rush, inevitable when running a business based around retail, I was feeling excited and ready to get back on the making band wagon, having not created any new illustrations for a couple of months. I was also ready to have targets and something to aim for, not wanting to spend January wallowing and feeling uncreative and unproductive.

My collages are created using papers that I’ve printed different textures onto with printing inks. I then cut up these papers and assemble and layer them in different ways. It’s a pretty simple process, but it’s quite unique and a therapeutic way to create work.

The month began badly, with a stressful day 1. A late afternoon collage after a lovely lazy New Year’s Day morning, it was definitely going to take a bit longer to get into the swing of daily making.

It did pick up from here on in, with highs and lows along the way.

It did pick up from here on in, with highs and lows along the way.

As with everything, there were good days and… not so good ones.

The good days were when ideas came to me early, when I had a plan, when I knew what I was doing. This says a lot about me as a person too.

I enjoyed it when the day’s illustration was linked to what I’d been doing that day, like the day I spent travelling by train or the trip home I had getting frustrated on Bristol’s buses. On the days where I didn’t do anything I thought collage-worthy, I normally plumped for something I liked or enjoyed, hence the frequent food and Bristol additions to the series.

The last couple of days were also really good ones for me. My last two collages, ‘Song of the Sea’ and ‘Fiona’s Studio’, I completely enjoyed making. I spent a while on them, had them roughly planned out in my head, and watched Shrek completing the final one. It was a relaxed and enjoyable end to a challenge that started so stressfully.

Not so great days were ones where I was out of the house all day, or when work hadn’t gone well and I didn’t have a creative ounce left in me. These days I had to dig deep to share something positive with the world, to pretend that the collage I’d just created was a planned and thought out piece, rather than a rushed, stressful panic at 11pm that evening.

I enjoyed captioning all of the collages, as to me it helped add value and genuineness to them. I hoped that people could relate to what I was creating, had been to some of the places I mentioned or spent their spare time also indulging in some of the things I did.

The types of things I chose to collage took me out of my comfort zone, and expanded what I knew within my little collaging bubble. I took the opportunity to try new things, new themes, new colour combinations and new compositions.

So the question really is, will I be doing it again next January?

This whole process has also made me really proud of myself, looking back on my 31 creations. Knowing the tough times during the process makes the collection even more special to me.

I already have plans for ‘A Series of 31’. They are going to be exhibited at The Southville Centre during April, and Paper Plane during May. I’m excited to be displaying the series so soon after their creation, and also to continue talking about this project.

So the question really is, will I be doing it again next January? If you ask me again next December, I probably would’ve blocked the stressful days from my head and be raring to go again.

I suppose the other question is would I encourage others to do as I have? I wholeheartedly would. Just know that you won’t get as much pub time, housework time or friends time that month, but instead, you’ll be rewarded by something else. 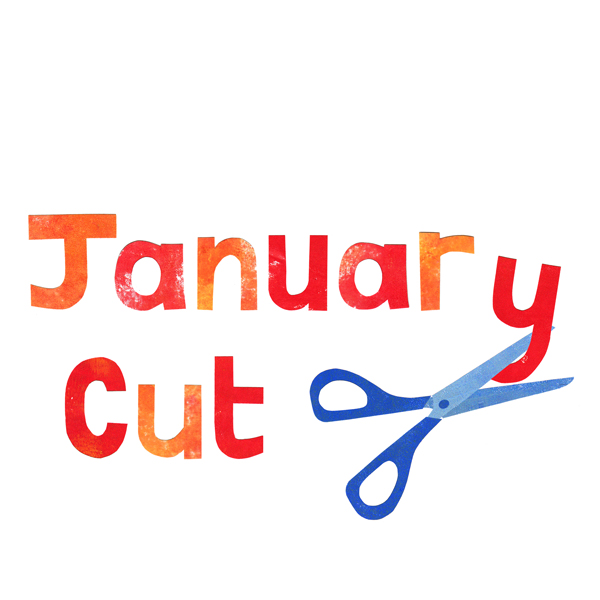 And so it begins again. I’m taking on my daily collage challenge again this year. The challenge made for a great creative start to 2015, and I’m hoping it will do the same this year.
Expect lots of colour, textures, and probably a few food collages along the way. 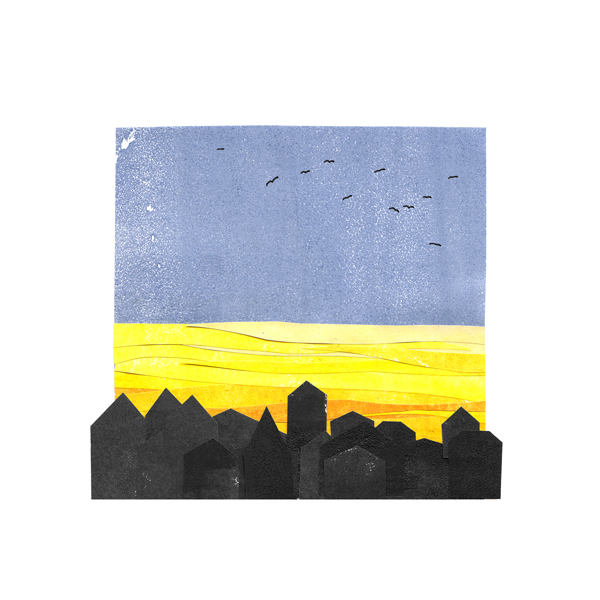 I think today has been the coldest day of this winter so far?
It did mean however that sunrise this morning was completely beauttttiful. 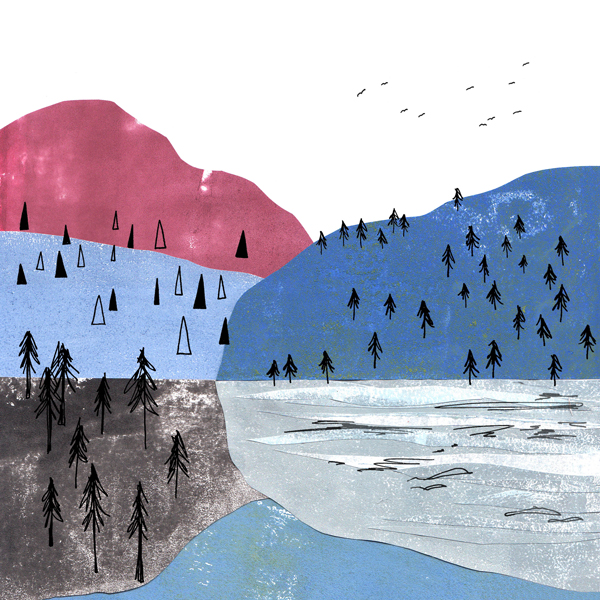 Something calm for a Sunday afternoon. More landscape experimentation, this time with softer colours. 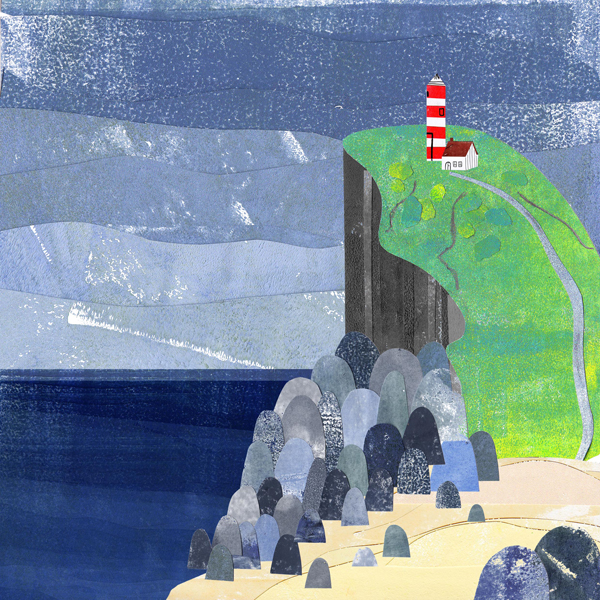 Today I watched ‘Song of the Sea’.

It was pretty magical, with the most beautiful illustration/animation I’ve probably ever seen in a film.

Here’s one of my favourite shots from the film, of the gorgeous textured rocks with the lighthouse and their home in the distance. 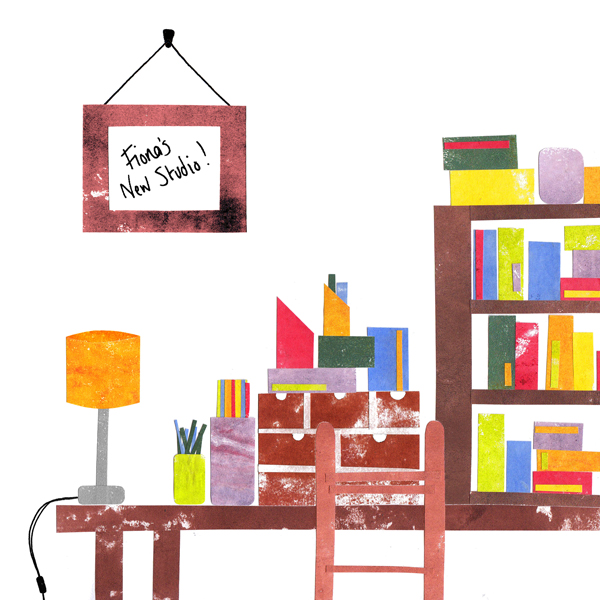 From March I’m going to be working from my new studio in BV Studios. So very excited, can’t wait to get in and get organised.

Do you love to draw and create? Did this tip inspire you? Have you done any challenges of your own? Let us know on @rifemag

Find a collection of art classes, galleries, courses and hangouts here on the Rife Guide

Cai looks back on his year and the different illustrations he's worked on.
Art / December 27, 2015 / Cai Burton 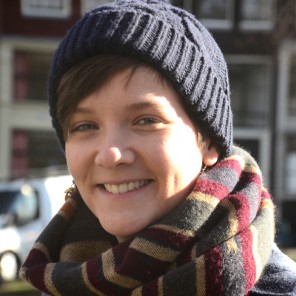 I’m a collage illustrator, creating colourful and playful collages using hand-textured, cut paper. The process of my collage’s creation is unique, combing my love of printmaking with clean collage to provide you with special additions to your home, unique gifts to friends and family or treats for yourself. My often intricate designs are created by layering textured papers upon each other, experimenting with colour and composition. I enjoy the simplicity of shapes and contrasting colours as well as combining cutting by hand with the flexibility that working digitally provides. I have a degree in illustration, which allowed me to explore processes, form and colour, and has given me the skills I need to execute each collage with thought, care, precision and a little fun. Printed locally in Bristol, I create a range of prints, greetings cards, coasters and mugs, all of which are vibrant, full of life and are of excellent quality.