Humaira talks about her love/hate relationship with Bollywood, about Bollywood’s attitude to women.

The awful action scenes, the corny romance, the wedding songs.

I’m going to be completely honest with you here – sometimes I do give into enjoying a bit of Bollywood. The awful action scenes, the corny romance, the wedding songs. Whether that be singing in the car to a really cheap item song, or spending the evening in with my sister watching a three hour old school classic romance; it’s pure escapism. Almost a guilty pleasure – which has been a burden to my conscious quite heavily after research.

Recently I have begun to question my entertainment and social input. I remember a speaker once saying that the friends you hang out with, the music you listen to, the food you eat – it all shapes how your being is and how your heart is. Whatever we put into our mind, souls and bodies will be a direct influence on our outward manner, even subconsciously. What with modern media and technological advancements, music and movies are extremely accessible and for a short while they became a major source for me to learn my mother-tongue, by picking up colloquial phrases in Urdu and Punjabi. It was not until recently that I realised how utterly useless most of the music and films are and what kind of industry I am essentially supporting… Of course, there are a number of genuine musicians in the South Asian world who I credit for, with wholesome lyrics and talented music, the music scene in Pakistan and India is a fantastic growing success. But for the majority of mainstream, hip hop record labels – the aim is more about meeting profit margins than creating appreciative content. Now, I cannot sit through a three hour film without questioning whether this brain-numbing screen is of any benefit to me. Every song I listen to in a language other than my first one (English), I try to search thoroughly in order to translate and understand. I say that with emphasis as knowing the translation of something does not mean that you necessarily understand the meaning and impact of what has been said. At the end of the day, your subconscious brain deserves the right to receive good things and be exposed to useful information, even from mere entertainment.

The majority of Bollywood and even Lollywood films rely heavily on ‘item songs’ for promotion.

The majority of Bollywood and even Lollywood films rely heavily on ‘item songs’ for promotion. The item song is the zenith of the film, usually having rather little to do with the main plot; it’s more of a musical performance featuring a famous female actor. The main woman is often depicted sexually with provocative lyrics and dance sequences. Which I would not dismiss because to this day, if I turn on a Bollywood channel on TV it is more likely to feature more nudity and sexual innuendos than any other Western channel – even before 9pm. Item boys are less popular, which explains the name given to these songs. ‘Item’ is a common derogatory slang word, particularly used in Mumbai Hindi, to refer to a woman, never a man. This sexist and degrading nature used on the street feeds all the way into the professional film industry, which makes me concerned about treatment of women in showbiz, particularly in India. It would be naïve to deny that this culture is not in the Western world. American hip-hop and rap can be broken down to reveal awful social illnesses that are glamourized. Here is something that stands out to me from Salman Khan’s film ‘Dabang’:

Munni, a dancing girl at a brothel, sings and dances for drunk police officers (some of whom who are married). In the above lyrics Munni is complaining that men chase her, despite having no money to offer. Forget the decent men with kind hearts, Munni needs her wage for the night, even if it means giving into a married constable who is a ‘whole bottle drunk with red eyes’.

Bollywood movies have been heavily criticised recently for contributing to the rape culture in India with scenes frequently depicting oversexualised women and an obsession with wealth. The horrific New Delhi gang rape in 2012 was a huge wakeup call; this was one of the only cases from hundreds to hit international headlines. Unfortunately, women’s safety in India is only the tip of the iceberg. Under the microscope now is the mentality behind men such as the perpetrators. It does not really seem real, the seriousness of this crime, until reading the victim’s witness statement. The 23-year-old was returning home from the cinema with her boyfriend when they were both attacked. Her male friend was beaten with a rod and left unconscious, whilst she was beaten and raped on the bus by four men who took turns to sexually abuse her. The young lady died thirteen days later from grievous bodily wounds.

India’s men and women are not only passionate about the legal justice, but also about the future of society. Where is this culture coming from and how can it be prevented? Bollywood movies receive a lot of scrutiny regarding their depiction of women and misogynist culture. From actresses playing the damsel in distress for a man’s gratification, to men always being a violent hero – I find it hard to not join the dots here. Despite hundreds of thousands of Indians taking to the street to protest in aid of women’s rights, Bollywood remains a multibillion dollar industry reaching over 60 million viewers. Shah Rukh Khan himself has a net worth of over $600 million. I cannot seem to fathom how much that actually is, and how much power this industry has. This year India was ranked the worst country for women amongst the G20 nations. It is important to note that neighbouring country Pakistan is not far behind, sharing the same roots and cultural customs. Ayesha Hasan, a freelance journalist, told German broadcaster Deutsche Welle, ‘Every year some 2,900 women are raped in Pakistan, almost eight a day’ with a majority going unreported. The Sun was particularly question when Jessica Ennis had won her Gold Olympic Medal for Britain yet the largest image in The Sun was of a woman’s breasts. Gender equality is a global movement and Bollywood is only a snippet of this change that needs to take place.

We need to take responsibility for pop culture’s continued degradation of women. I ask for fathers and sons to stand up for the treatment of their wives, daughters and sisters. We should be standing united in order to protect the rights of our fellow humans. I really feel that musicians and actors, politicians and others in the public eye take more responsibility to stand up for a woman’s dignity.

Bollywood fan? Does it need to address its attitudes to women? Are things changing? Let me know: Facebook or Twitter or whatevs. 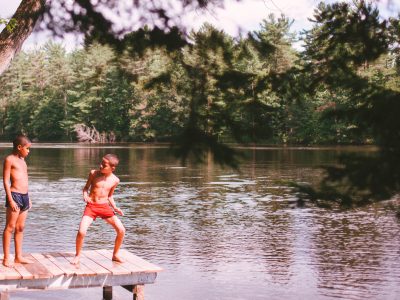 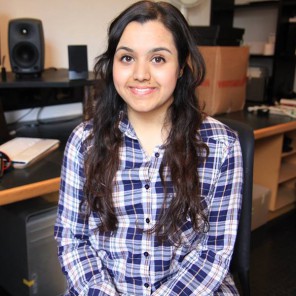 Starting this blog has allowed me to articulate my opinions on current events, community issues and much more. I feel the need and therapy in writing out my ideas, discussing issues and breaking taboos. It needs to be done. Having a free and open society where we can be curious and question, is what I wish to promote. Currently I am a law student and partake in journalism roles and experience – all can be found in my Portfolio section.