Death And The Human Experience

Summer questions her relationship with death on a visit to the Death And The Human Experience exhibition at Bristol Museum.

One of the many fascinating things that divides societies and culture, is our attitude to death…

One of the many fascinating things that divides societies and culture, is our attitude to death. More specifically, how we cope with it.

I remember a period in my life when a close family member lost a parent. I was very young at the time and had so many questions. Something I remember quite vividly was one of the responses I was told by several family members: ‘Don’t talk about it. It upsets people’.

I grew up believing that death was something you didn’t talk about. The consequence of this taught me two things: 1) talking about death hurts other people and 2) it’s a subject that ought to be avoided.

At the time I was told I couldn’t attend the funeral. This only further convinced me to make the obvious corresponding connection, that death is unnatural.

Now, as an adult, we can all agree that death and dying is quite the contrary. Some would argue that dying is what makes a life natural.

Some would argue that dying is what makes a life natural.

I went to an exhibition exploring themes around death and different cultures. The exhibition uses decor, garments and pictures to not only propel our society into talking about what is usually considered ‘taboo’ but to also educate us as how different cultures cope with death.

It’s typically forgotten that the Christian holiday of Halloween is traditionally a day to remember the deceased. Nowadays, it has transitioned into fancy dress and sweets for kids. Its origins are similar to the Mexican Day of the Dead, a day to spend with loved ones to pray for loved ones who have passed away and to support them on their spiritual journey. These examples are just a couple of holidays that help us reflect in a positive way and re-evaluate our attitude to death.

I attended the exhibition on a chilly Wednesday afternoon with my boyfriend. I had no idea what to expect other than to prepare to be enlightened.

On arrival, I could tell it wasn’t what I’d imagined in my head. Entering the dark room I was welcomed with an illuminated quote from Mark Twain; ‘I do not fear death. I had been dead for billions and billions of years before I was born, and had not suffered the slightest inconvenience from it’.

To save the authenticity of truly experiencing this strange and wonderful exhibition yourself, I’ll only talk about three things that made me seriously consider the way I personally perceive death. The first thing was a mortuary table where autopsies are carried out. It was strange seeing one in reality and discovering how big they actually are. Alongside the table was information describing the whole process of how a deceased person is handled after they’ve been announced dead by a medical professional. It was an interesting read accompanied with the table, it was a very informative section of the exhibition.

‘I had been dead for billions and billions of years before I was born, and had not suffered the slightest inconvenience from it’

Hell money, popular in China, is the second thing I found incredibly enlightening. The Chinese believe that when a person dies, their spirit lives on in the afterworld and therefore they provide their loved one with money and alcohol to assist them in their transition. My attitude to death has since been altered from when I was a child but it can be argued that many people consider death a permanent conclusion. This Chinese artefact would suggest otherwise and implies other cultures believe a person continues their journey after death.

The Egypt section in the Bristol museum has always been a favourite of mine. Ancient Egypt has a culture so unlike ours when dealing with death, it was riveting to see it portrayed in this exhibition. The last extraordinary artefact was the remains of a mummified child wrapped in rags. The Human Remains section is a separate segment and optional to explore but I recommend giving it a chance. The interest around mummification is purely due to its unusual nature. Mummification is an elongated process of precision and preservation. Seeing the mummified child encouraged me to think carefully about how unconventional the Ancient Egypts methods might be in modern day and how their process of handling the dead physically might correlate to how they cope with death emotionally.

This exhibition really coaxes you to think differently about your own attitude to death and might give others the courage to talk about death. It’s imperative, as a society, we know it’s okay to talk about dying and it isn’t an unnatural occurrence in life and in some cultures, it’s not even permanent.

Starting from early January to the end of February, there are some gripping talks from experts in the field and one particularly compelling talk from a husband of a wife who ended her own life. All talks and special events discuss material of a sensitive nature but it’s also an opportunity to talk informally with others.

Overall, this exhibition left me feeling intense but inspired to talk about something I’ve never felt completely comfortable talking about before.

Head to the exhibition now. It runs till the end of March.

Head to Facebook or Twitter to talk to us. About death. And life. And other things. Like being morbid. Or lusting for life. You let us know. 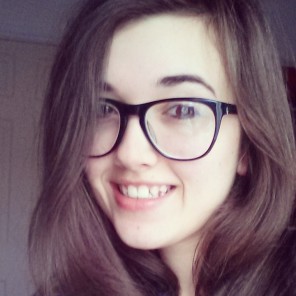 Summer is 20 years old. She is an aspiring novelist and has written articles for various magazines and newspapers in the past. She loves sushi and expensive coffee and would like to live in Kyoto one day.