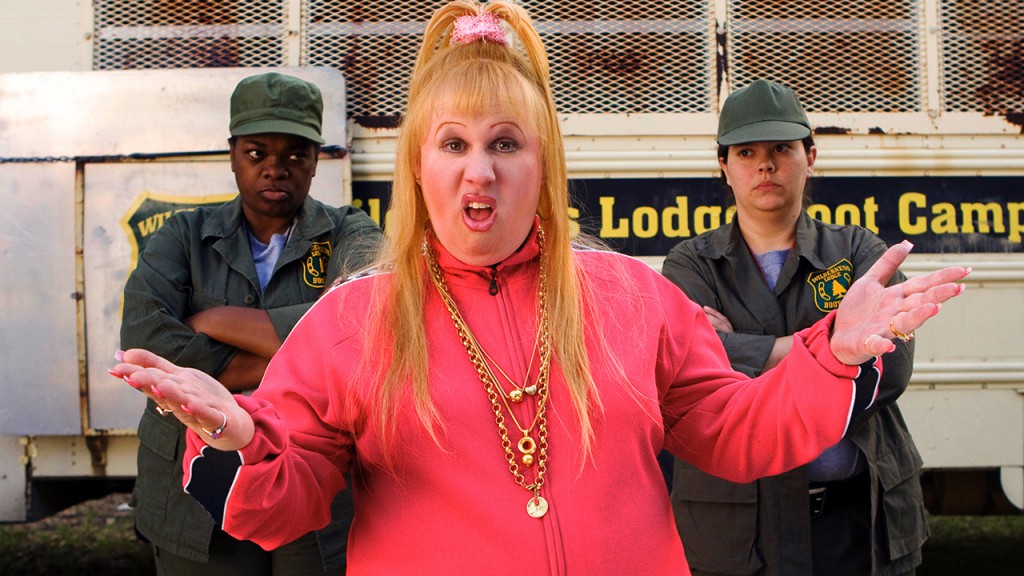 After following a moving storyline of a cross-dresser in ‘Eastenders’, Antonia decided to probe into representations of cross-dressers in everyday media.

As I’m sure some of you know already, I’m a big fan of Eastenders. I was catching up last week and Les’ apparent affair with Pam was revealed as something none of us could have seen coming. Les had snuck off on holiday to Grand Canaria with his wife’s close friend, Claudette, and was caught at her front room in his y-fronts. But what he was doing behind closed doors wasn’t an affair. It was too much of a sensitive topic for him to address with his nearest and dearest because he feared they wouldn’t understand. His fears are validated by Pam’s reaction when she finds out that her husband had been cross-dressing since he was seven years old. 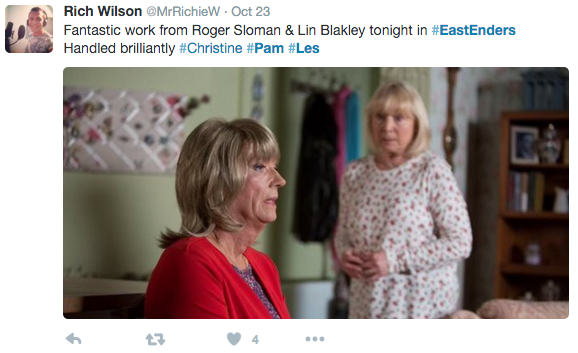 Crossdressing is on TV a lot and it’s often oversimplified as an OTT act, leading to people’s assumptions that it’s to do with homosexuality. This recent storyline of Les’ secret life of cross-dressing was tackled in the complete opposite way. The scenes of Pam meeting her husband’s alter-ego, ‘Christine’, played out to be very thought-provoking  and in line with recent media attention focused on the Trans community (I’m thinking of Caitlyn Jenner’s public transition).

I wanted to find out more so I had a chat with a Bristol-based cross-dresser, Wendy Glos to demythologise some common false assumptions.

First of all, before we get to the interview – for the sake of definition, a cross-dresser is someone who dresses up in clothing typically designed for the sex opposite to what they were assigned at birth. There are many, many reasons why a person might cross-dress. Examples include: to have an allocated evening once a month to de-stress from a high-pressured job or family life to simply be someone else, it might simply be part of someone’s job – as an actor. Or on a more basic level: to allow someone to physically explore or express their femininity or masculinity.

Do you have to be homosexual to be a cross-dresser?

No… there are many different reasons why cross-dressing is a thing, so there are bound to be a whole range and spectrum of people who do it. Drag is a form of cross-dressing, which is common in the gay community where men dress up in women’s clothing for the entertainment of other people.

Are cross-dressers the same as trans people?

The two are not mutually exclusive. Some cross-dressers decide to transition to make it more of a permanent thing, whereas some may simply do it once or twice a month. The fact that a person may cross-dress, does not mean that they necessarily want to become a member of the opposite sex.

Which changing room do you go to, to try clothes on?

This is judged on  a case-by-case basis. Someone working in a retail store may feel uncomfortable helping out a man try on a dress, and others really enjoy the fact that this person uniquely relates to them as a woman. There is also the option of shopping online for those who only cross-dress in the privacy of their own homes.

Do you have to keep it a secret from your colleagues at work?

Being open about it has been much easier, in my experience. If I hold back and beat around the bush about it, then it becomes difficult. Most ladies enjoy talking to me about it with because it makes them feel more comfortable, I can bond with them about make-up and fashion. However in some experiences, men didn’t feel comfortable speaking about it in length. It varies.

While researching this subject, I wondered whether sometimes cross-dressing in popular culture borders on misogyny. Ultimately, all I had to go by, were images of men dressing up as women for a laugh, or, also for an audience (when it’s drag).  And anyway, for something to be misogynistic, it has to be an act of privilege.

However, my research showed me that actually, it’s about empowerment and self-expression. Male cross-dressers use it as a space to celebrate their feminine nature, not as an expression of bad feelings towards women. It can be used as a tool to display solidarity with the LGBTQA+ community, but that’s not to say all cross-dressers are expressing their commitment politically. Cross-dressing would be deemed as misogynistic if it came from a place of privilege and was used to put women down. Cross-dressers make up a minority group of marginalised individuals who are often excluded from mainstream society and also have to put up with discrimination for the actions they perform.

Representations Of Cross-Dressers in Popular Culture

Going back to my media-oriented interaction with cross-dressers, I have found that their representation (surprise surprise) can often be very stereotypical. From ‘Mrs Doubtfire’ to ‘Big Mommas House’ to ‘White Chicks‘ and Tyler Perry’s role as ‘Madea‘. The format of the representation of cross-dressers on TV and film has been very run-of-the-mill and unoriginal because their role, more often than not, is used to add comedic value. It doesn’t explore the differing complexities of cross-dressers, which should be taken on an individual basis as opposed to one-size-fits-all. The television still persists in making a mockery of it by automatically reducing the character’s role as having a fundamental comedic effect. 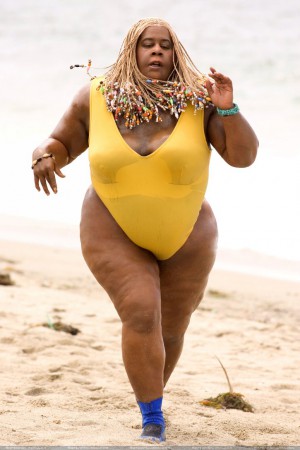 I am a big fan of all of the above films and series’, along with Chris Lilley series’ ‘Angry Boys’ and ‘Ja’mie: Private School Girl’, as well as the BBC staple, ‘Little Britain’. But they’re all comedies or at the very least satirical. That’s why I was struck by the fact that ‘Eastenders’ was deciding to tackle this issue. My initial point of contact with the act of cross-dressing, along with some other marginalised issues, was through TV and film. My pre-pubescent mind had been conditioned to perceive cross-dressing as something necessarily linked to comedy. However, watching Les and Pam’s drama unfold, I’ve been overcome with a sense of guilt and narrow-mindedness, whilst simultaneously knowing this ignorance has resulted from my limited interaction of cross-dressing being through the heavily skewed media.

What I’m trying to demonstrate here, is that a little research can go a long way. We’re flooded with heaps and heaps of stereotypical images in the media of people on the periphery of society on a daily basis and it’s easy to take these representations on face value, but it’s good to be aware of the fact that these accounts don’t often show the whole picture. Having had the opportunity to delve a little deeper, it’s been an eye-opener to see how damaging tropes in media can spill out into reality and it’s definitely something I will consider going forward from now on.

How do you perceive cross-dressers if you are confronted by the act either in real-life or on the TV? Is your reaction something you’d like to change? Get involved in the conversation @rifemag on Twitter.

Here’s your daily reminder about the Rife Guide – a place to find like-minded souls and things to do.

Nat Jester explores the negative portrayal and representation of gender in the media and asks, what should we do about...
Social Issues / October 17, 2014 / Nat Jester 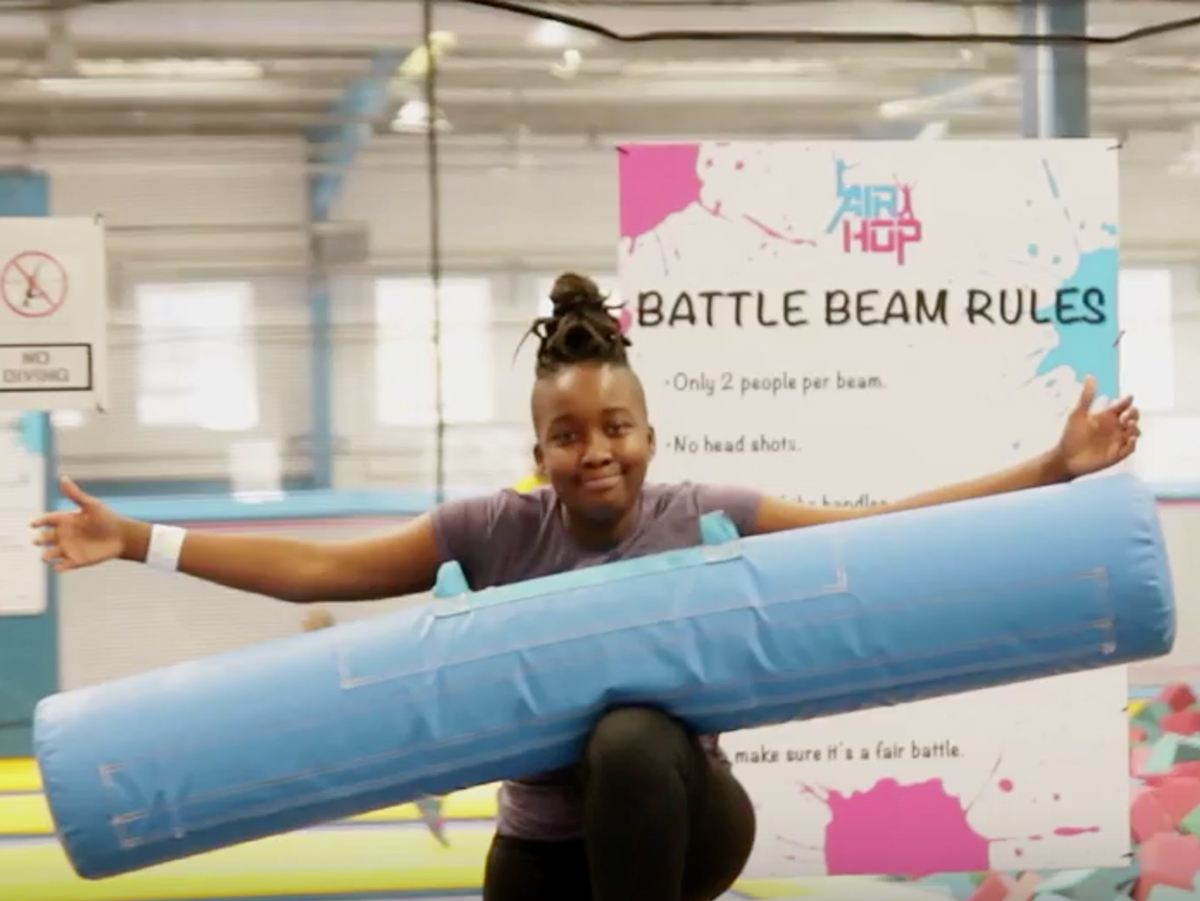