Antonia rolls out some key cultural appropriation media blunders and delves into why exactly they are problematic.

What is Cultural Appropriation?

Cultural appropriation occurs when someone in a position of privilege takes and uses components of another’s culture and using it without paying homage to those they have taken it from.

Western fashion has a history of hijacking tribal pieces of jewellery, dubbing it as the latest season’s ‘must have’, with no regard for the origins of the style and the context of which it originated from. Cultural appropriation is problematic because by throwing a traditional garment or item into the forefront of an industry as fleeting and fickle as the fashion industry, it undermines and tarnishes something symbolic and sacred by using it to make money (but of course none of this money is seen by anyone other than the privileged).

What I mean by privileged, is someone in a higher position on the hierarchal cultural food chain. They are privileged because they can have their cultural cake and eat it too. They rock the runways and make a killing from modelling and selling products that native wearers are often discriminated for. So it becomes high fashion when you wear it, and mockery when I do.

Here are five examples of cultural appropriation, which keep on popping up in the media at the moment, leaving me with furrowed brow. 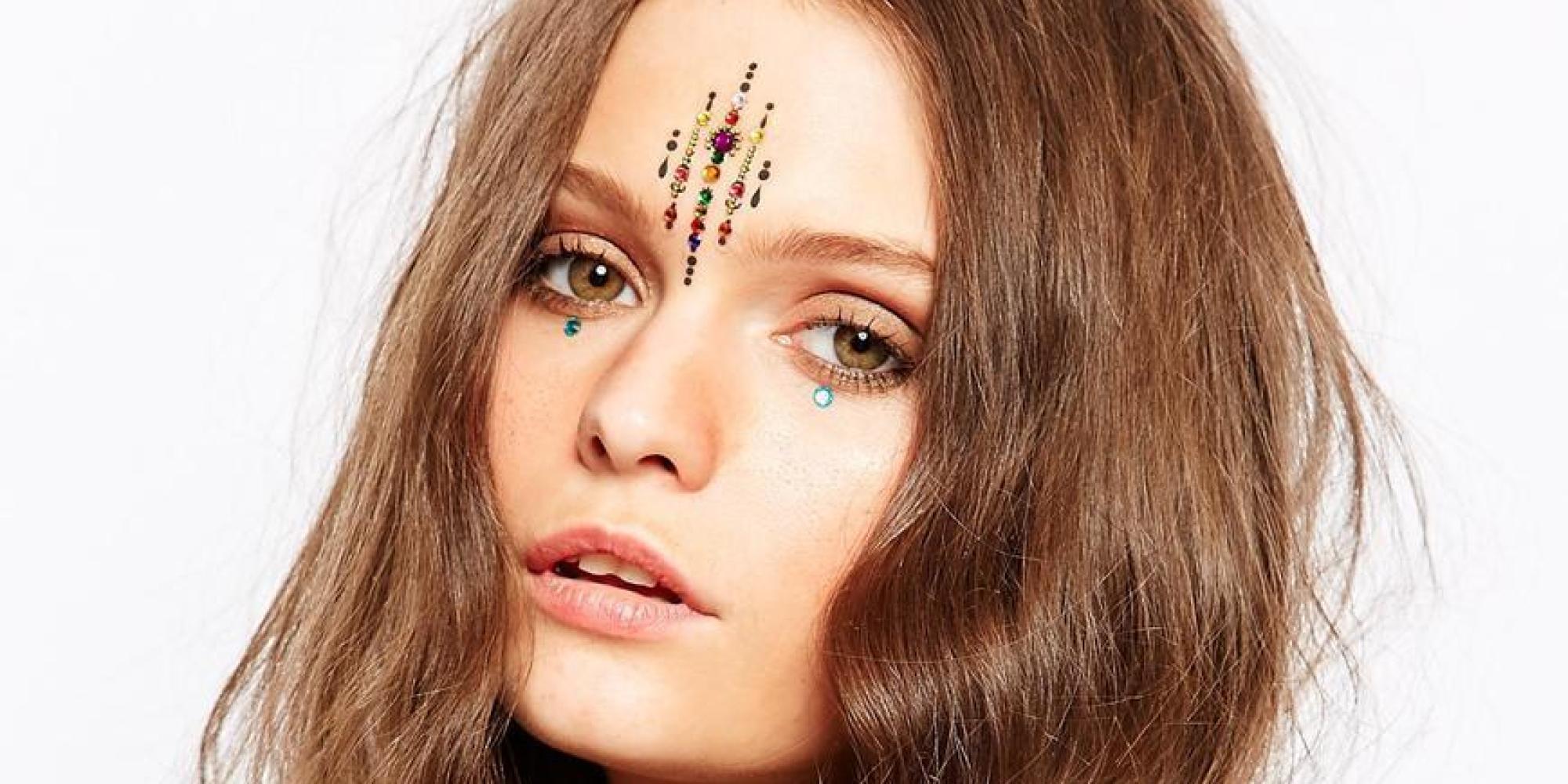 Don’t do it, please don’t do it. A bindi is not a prerequisite for a festival. Bindis, in fact, serve a religious purpose for Hindus, Buddhists and Jains and it is most commonly worn in the south-eastern region of Asia (India, Pakistan, Bangladesh and Sri Lanka). A bindi is a red dot, marked at the centre of the forehead, representing your third eye, to retain energy and strengthen concentration. ASOS found themselves apologising after deciding to sell them last month in the Halloween Costume section on their site. Because bindis are scary right? If they’re not being used as the latest summer gear, they’re being thrown into the mix to spice things up at Halloween, anything other than allowing Hindus to maintain the sanctity of this cultural and religious custom. 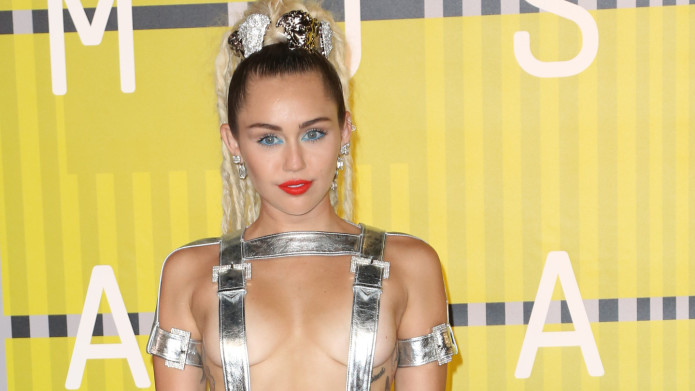 This is a tricky one. I mean, nobody wants to be told what they can and can’t do with their hair, seeing as it can be a huge means of expression. But it’s annoying when, as a black person, you see white people modelling dreadlocks, braids or cornrows in glossy magazines and see no representation of yourself. Earlier this year, Disney Channel’s quadruple-threat (singer-actress-dancing-modelling extraordinaire) Zendaya was criticised for looking ‘unkempt’ at an award ceremony for sporting faux dreadlocks (which she had to defend) and Miss Miley was then praised a month later for wearing the same hairstyle. Mmm k.

Earlier this year, Amandla Stenberg eloquently pointed out the importance of hair in the black community, the purpose it serves (as a method of keeping black hair unknotted and manageable) and how it has been appropriated through hip-hop into pop culture. But it seems that as black culture became more popular, the same didn’t really occur for black people. Stenberg ends this video by asking ‘what would America be like if it loved black people as much as we loved black culture’. 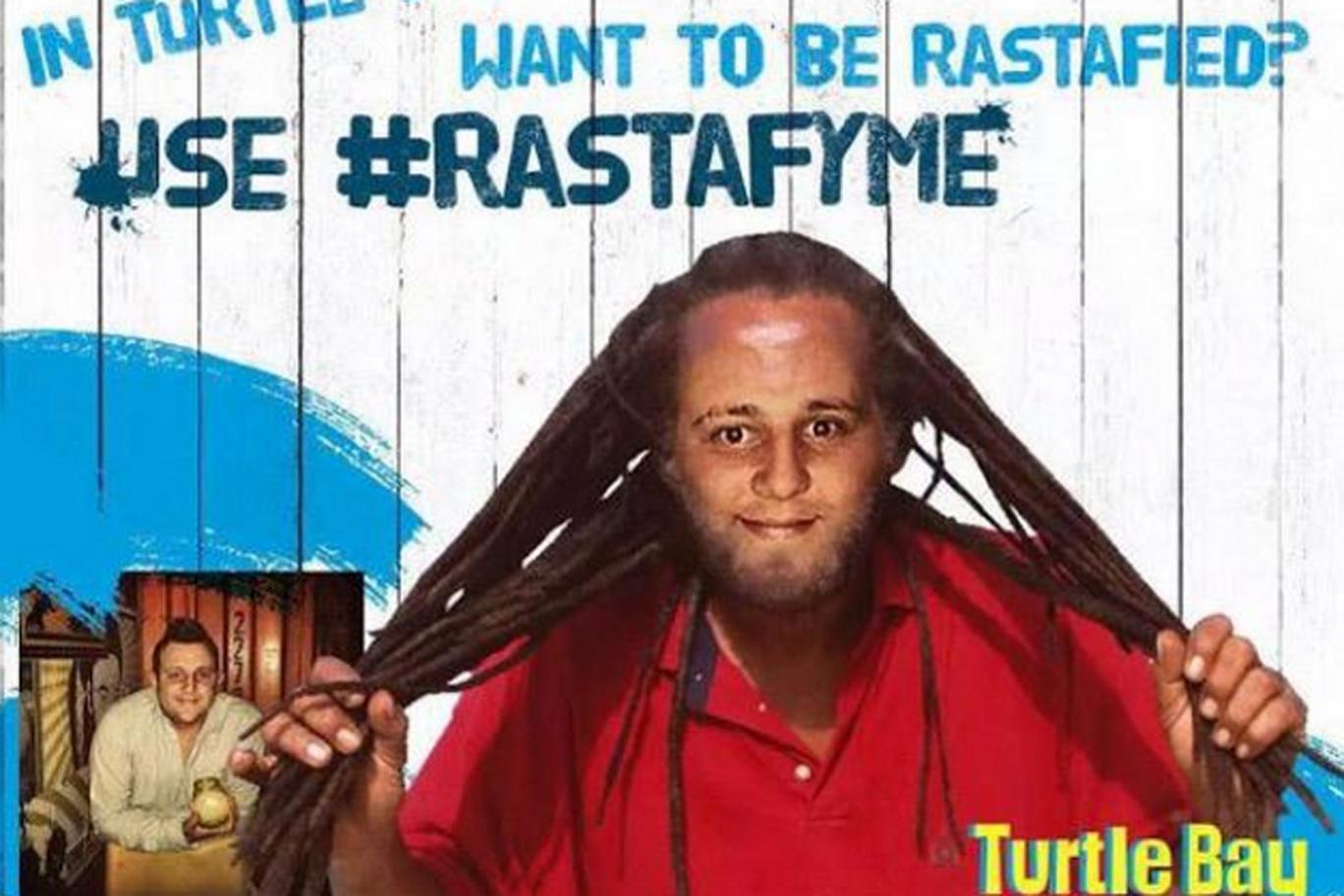 Anyone see chain restaurant Turtle Bay going ham on Twitter with their #RastafyMe campaign a couple months ago? The chain (inspired by Caribbean cuisine), which has a branch in Bristol city centre, made a mockery of the Rastafarian religion, and a hairstyle closely associated to the religion, by creating a feature which allowed customers to be ‘Rastafied’. This is dangerous because this ‘marketing tool’ was used as a means of turning Rastas into a gimmick that the privileged can tap in and out of as they please by simply joining in on a hashtag.

What you know about that? Again. This is a tricky one but all I’ll say about this is that hip-hop music was born as an expression of oppression and to firmly ground black identity. Think Public Enemy and the way they expressed themselves from the lyrics, right down to the clothes

‘I’ve been wonderin’ why

People livin’ in fear of my shade

Or my high-top fade

I’m not the one that’s runnin’

But they got me on the run

All I got is genes and chromosomes

Consider me Black to the bone

All I want is peace and love

When Igloo Australia Iggy Azelea gets credited for her ‘rapping talents‘ in an Atlantan accent (yes, she’s Australian), as Azealia Banks calls it: ‘cultural smudging’ occurs. It’s up to the privileged to take time out to to do some research or, at the very least, be humble enough to listen when someone is willing to take the time out to explain the dangers of being on the fine line between cultural smudging and cultural exchange.

Black people in the western world  grow up in institutionalised environments and grow anxious about looking, sounding or being too ‘ghetto’ and when a white person gets a round of applause for being that stereotype and pulling it off. And then we ask – can we own anything for ourselves, without getting pushed aside? It becomes a trivialisation of oppression when the origins are not considered and the privileged feel as though they are in a position to judge the authenticity of commercial hip-hop, without taking a moment to retrace the journey of how it came to be what it is today.

Also known as headdresses. ‘Why can’t we all be friends and share and sport accessories like these?’ Because they’re not for us. These feathered pieces originate from Native America, most commonly worn by tribesmen, mainly from the Great Plains region, sporting them during ceremonial practices, having earned respectable honour within their communities. So you can imagine the confusion, shock or dismay at this Kardashian feeling entitled enough to set up her tent at #Kidchella (aka her niece’s 1st birthday bash) being at one with water but not a warrior, nor a chief. 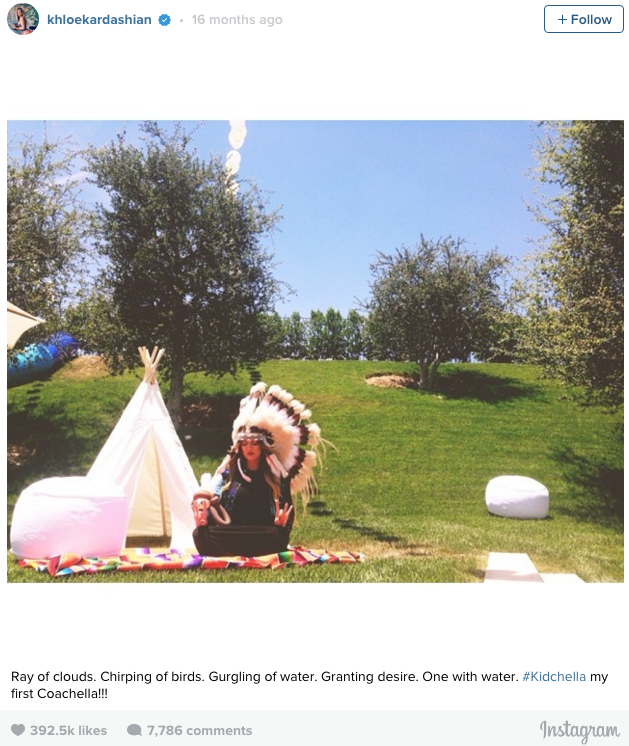 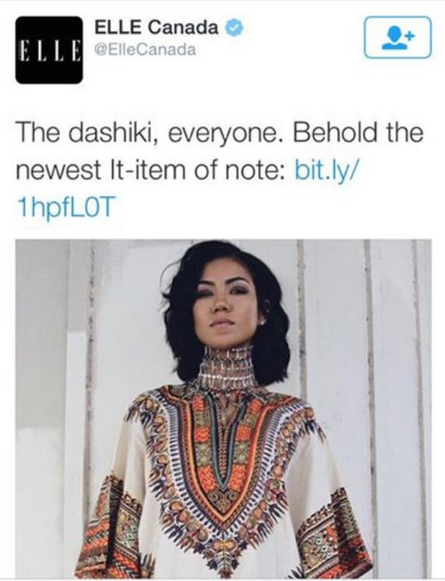 A garment that originates from west Africa, so – I’m gonna have to stop you right there, Elle, it’s not the ‘newest item’. They are a fashion garment that can be worn with different prints and colours, which may have significant values – like the colour of purples is known as the colour of west African royalty, while white can represent mourning or peace or spirituality. Yes, the patterns are aesthetically pleasing and yes they may have novel value for those who may not be used to this sort of print, but if you’re going to rock it simply because it’s ‘cool’ or the latest fad, then you, my friend are committing appropriation. 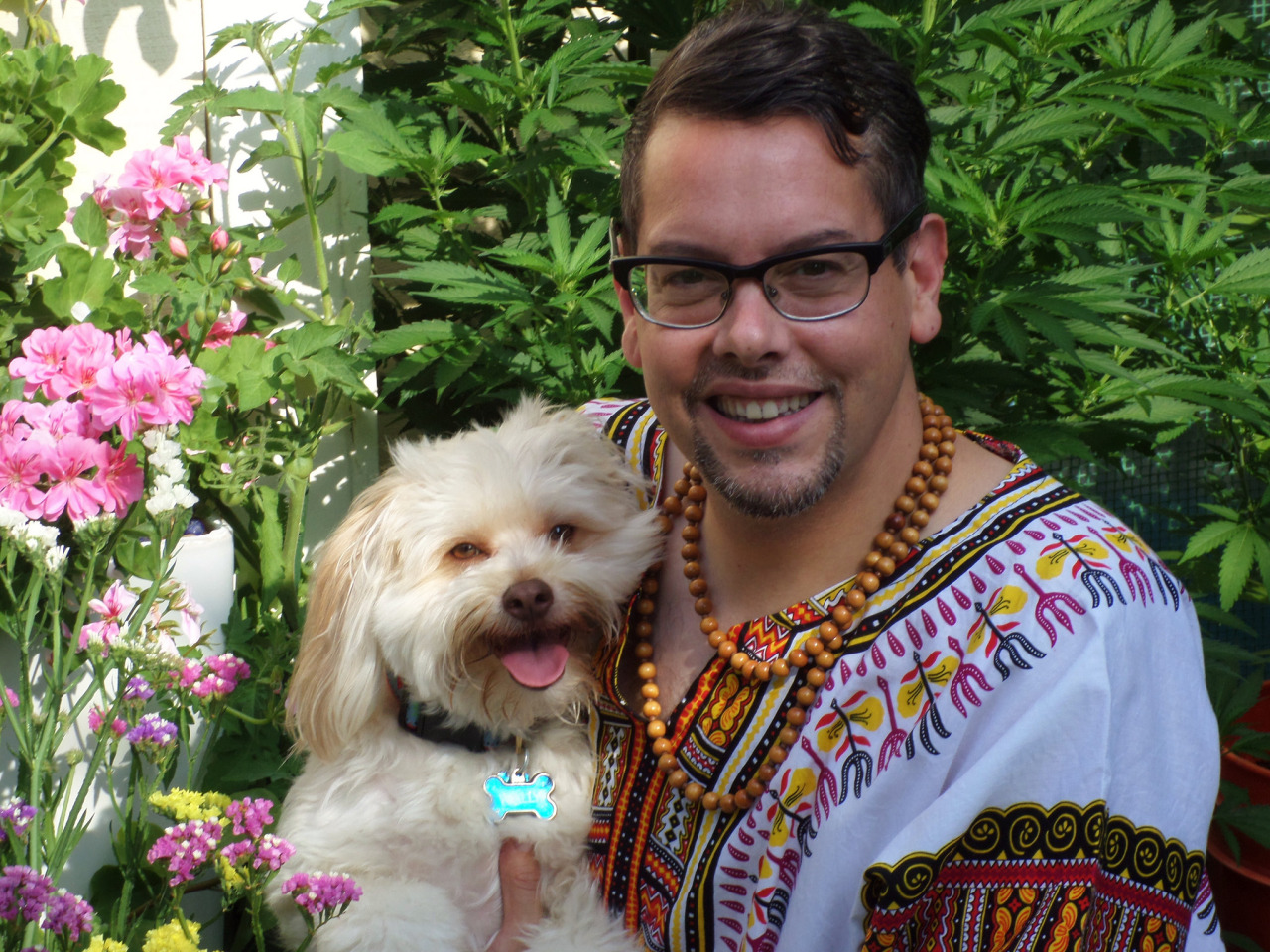 If in doubt, leave it out. Asking the token friend of colour you may have about whether wearing a kimono to the Japanese restaurant she invited you to might go down well with her, but she cannot speak for the whole community. Living in a cosmopolitan environment encourages cultural exchange, but it can be easy to overstep the mark.

If you have any experiences of cultural appropriation to share, get in touch on Twitter @rifemag. And if you enjoyed the music in this article, perhaps drop into the XLR Music Taster Session tomorrow evening at Knowle West Media Centre and keep your eyes peeled for more on The Rife Guide

Grace caught up with Lady Leshurr, ahead of her performance last month at Colston Hall.  Lady Leshurr was in Bristol...
Music / November 26, 2015 / Antonia Odunlami
<PreviousNext>