It’s Black History Month and Antonia wants us to look around Bristol and acknowledge its involvement in the slave trade.

It’s no secret that Bristol has a dark past in its involvement in the Transatlantic Slave Trade, along with other major port cities, London and Liverpool. But it seems that whenever Black History Month comes along, instead of exploring my own shores, I find myself brushing up on my knowledge of Malcolm X and Rosa Parks and dusting off equally important, but somewhat unrelatable textbook history trivia from nations I’ve never been to before. They say charity starts at home, so why doesn’t history? So given it’s Black History Month, and I’m here, in the richly historical city of Bristol, I thought I’d take you on a virtual walk of the sights I walk past on a daily that have unyielding bonds to the abominable slave trade. 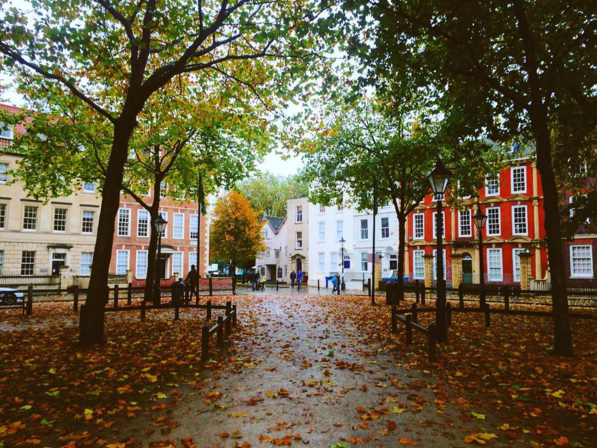 Now home to community events we attend throughout summer, like Eat. Drink. Bristol and Arcadia, Queens Square was previously home to many wealthy merchants and traders like Henry Bright, who lived at number 29 (the red house on the right pictured above) with his slave known as ‘Bristol’. Once upon a time, Bright was mayor of Bristol. Captain Woodes Rogers lived at number 33, and he is known to have bought ships to transport slaves from west Africa to Jamaica. Spooky. But true. 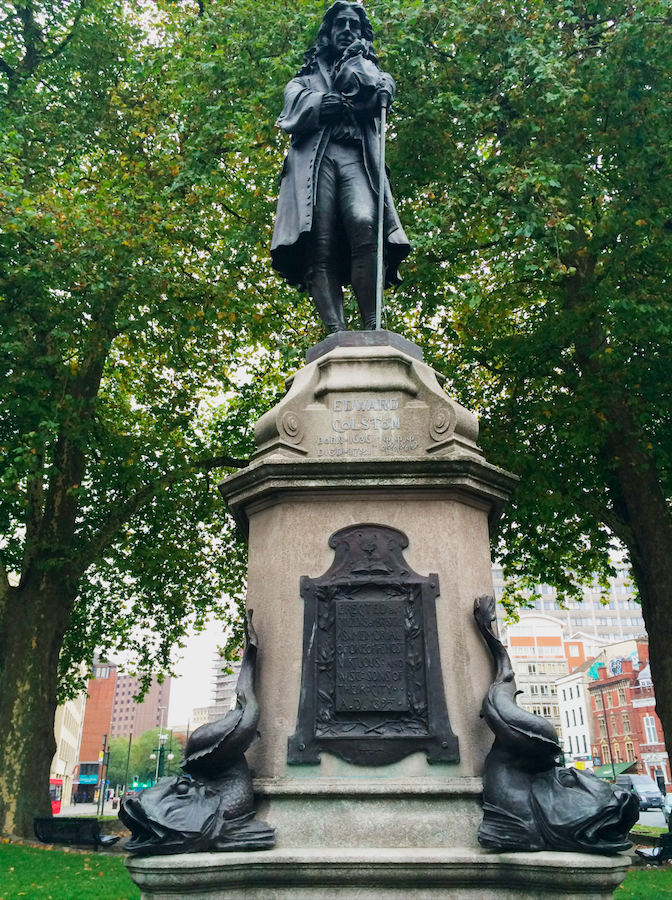 Edward Colston was a member of parliament and a merchant who had a heavy hand in trading and exploiting slaves. In 1895, a bronze statue standing at 18ft tall was erected in our city centre to honour him.

As to be expected, the existence of the statue itself has been source of an ongoing debate. Some may ask why we’re still paying homage to a man who profited bucketloads from the dark history of colonialism. By refusing to remove the statue we are still celebrating him – there are already schools, streets and a concert hall to mark his memory. Others say we shouldn’t try to brush this part of history under the carpet, as it’s just as important as the happy historical times.

What do you guys think?

This bridge, in Harbourside, was named after Pero Jones from the Caribbean island of Nevis, who was bought as the slave of merchant and plantation owner, John Pinney, and brought to England between 1783-1784. Pero was a personal servant to John Pinney’s family for approximately 30 years before falling ill, being sent to live in the countryside of Ashton and passing away shortly after. Pero’s Bridge is a more recent memorial tribute as it was opened in 1999. 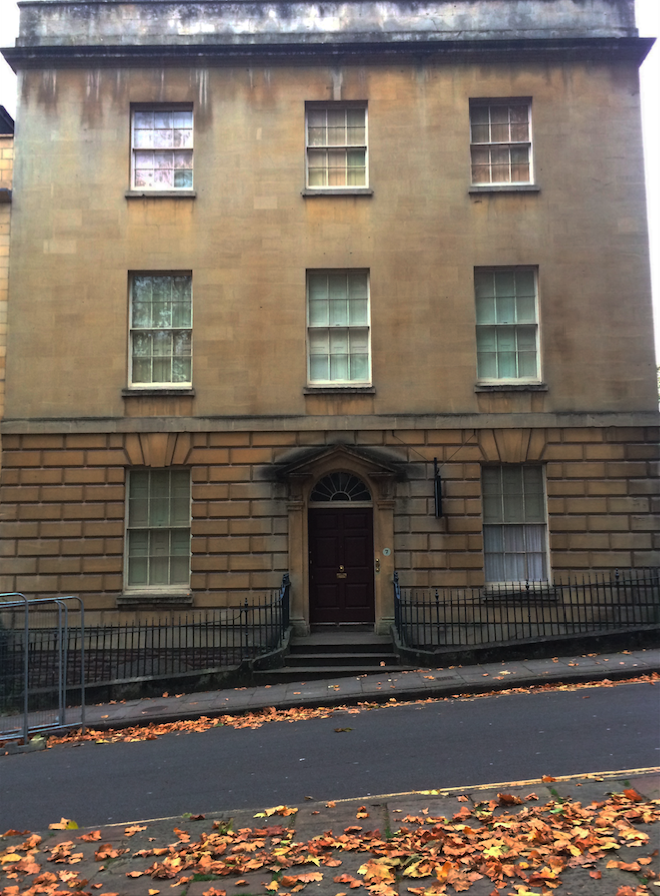 The Georgian house was home to the Pinney family for a while and today is furnished as if they still live there. John Pinney was Pero Jones’s master (as stated in number 3) and owned several sugar plantations in Pero’s home island, Nevis. Pinney’s family bought this property with the wealth received from their investment in slaves and land. It is a large house comprised of eleven rooms spread over four floors. Pinney was a believer in not overworking his slaves, and practised ‘seasoning’ his slaves.

This house is now a museum, which is free to enter for all. 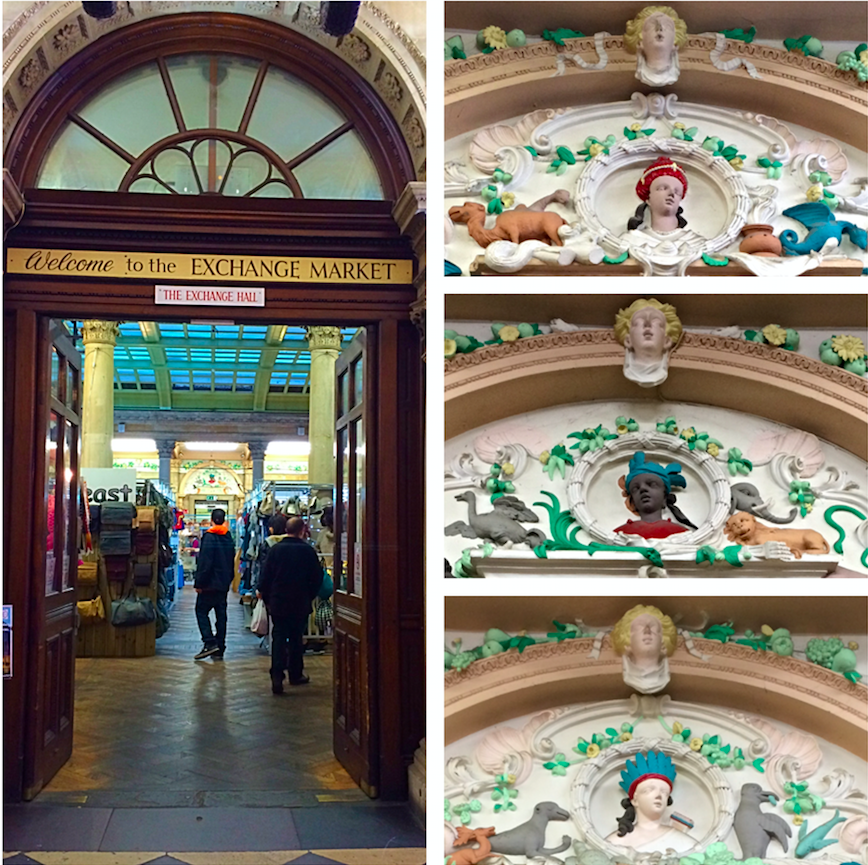 The Corn Street we know today is a district comprised of St Nick’s Market, Start the Bus, Subway and ‘spoons but in the 1700s, Corn Street was a major hub for trading. Merchants would come here to discuss trading opportunities over coffee – a luxury that only the wealthy could afford at this time. 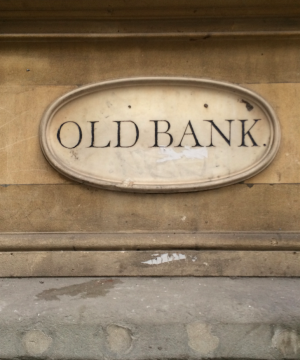 There are several bits of architecture along this street that represent the colonial relationships based on trade the UK had with Asia and Africa and the Americas that can be seen from the emblems above the doors of the Corn Exchange (St. Nicholas’ Market) to the Old Bank (now Natwest), which was one of the first banks built outside of London, started up by sugar merchants to trade with African crop. 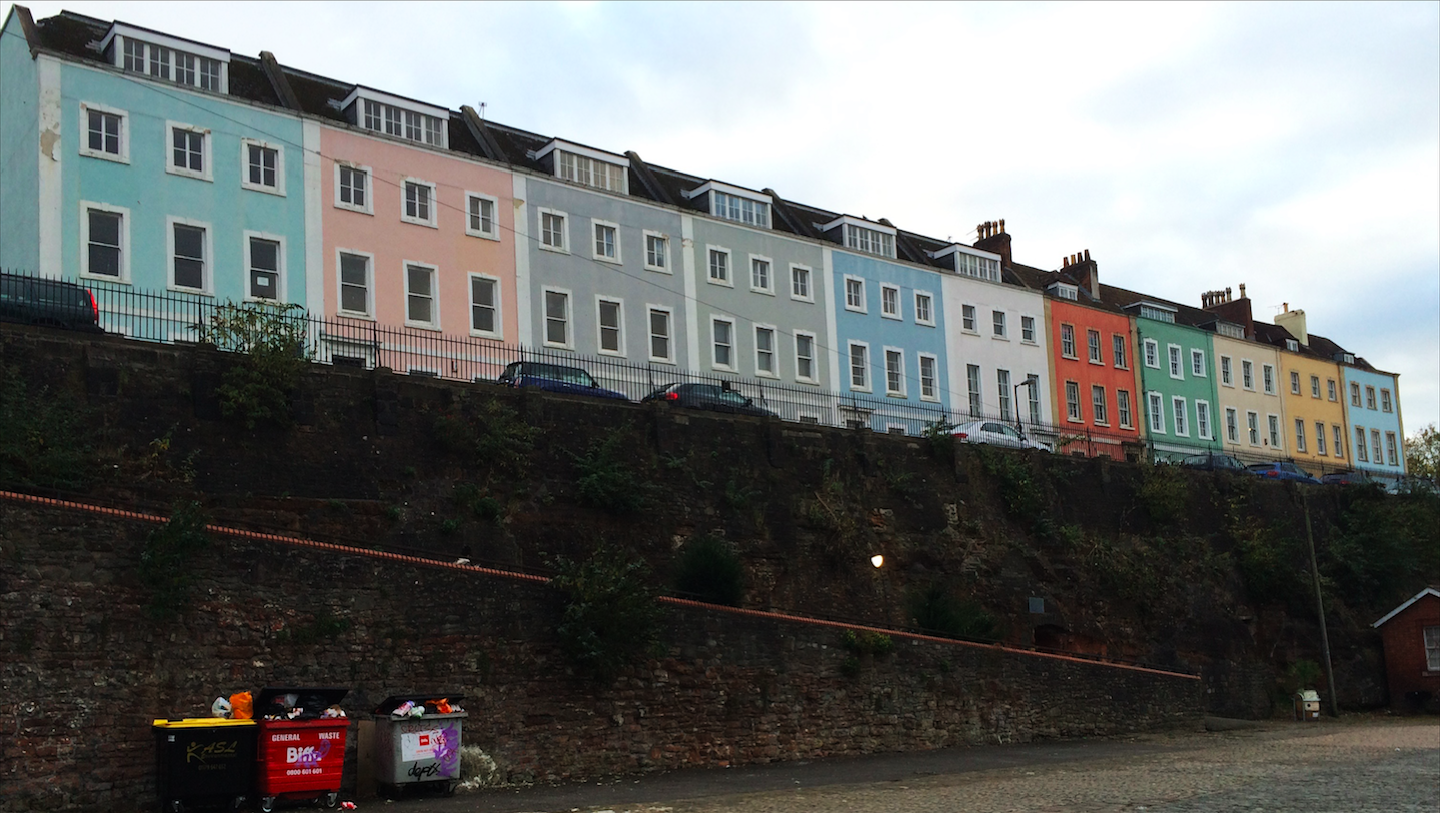 Contrary to popular belief, the Redcliffe Caves were not actually used to store slaves, but to store parts for ships that would later be used to transport goods and slaves. However, just behind it, the quintessential colourful houses that make up Redcliffe Parade West were owned by Thomas King, a merchant who traded heavily in palm oil, ivory and redwood. 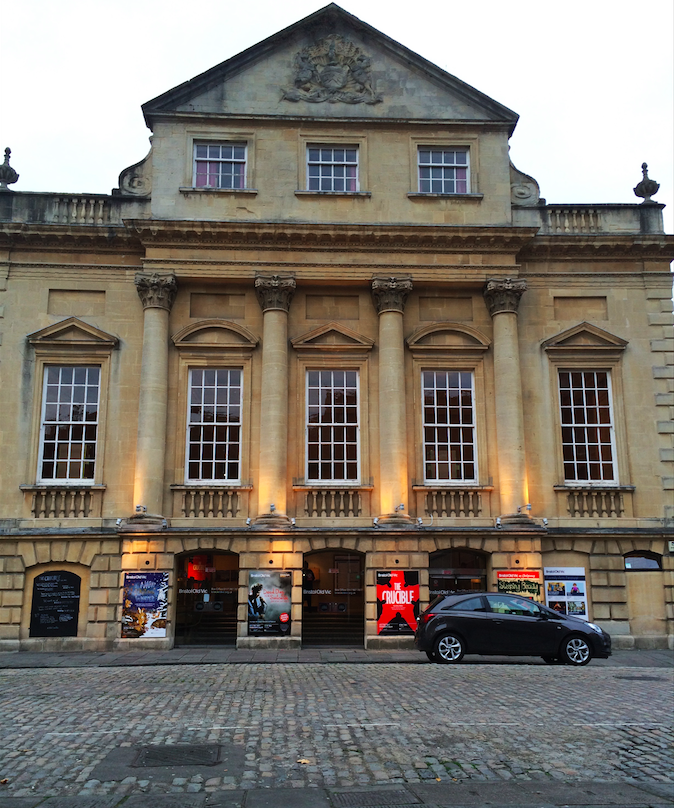 This is the second oldest working theatre in the country – established in 1766, it was invested in by merchants and traders whose families had affiliations with trading slaves (namely Richard Farr, Henry Bright). However, this theatre had some of its earliest plays based on slavey, including ‘Obi: Three Finger’d Jack’. Obi was played by Ira Aldridge – an American-born hugely successful actor and playwright.

Did you know about Bristol’s part in the slave trade? Should we rename all the landmarks named after slave owners? What have you learned during Black History Month? Let us know: @rifemag / Facebook

Unity Youth Forum is a safe space for young BME Bristolians wanting to come together.

Head to M Shed to check out their resources on Bristol’s involvement in the slave trade. 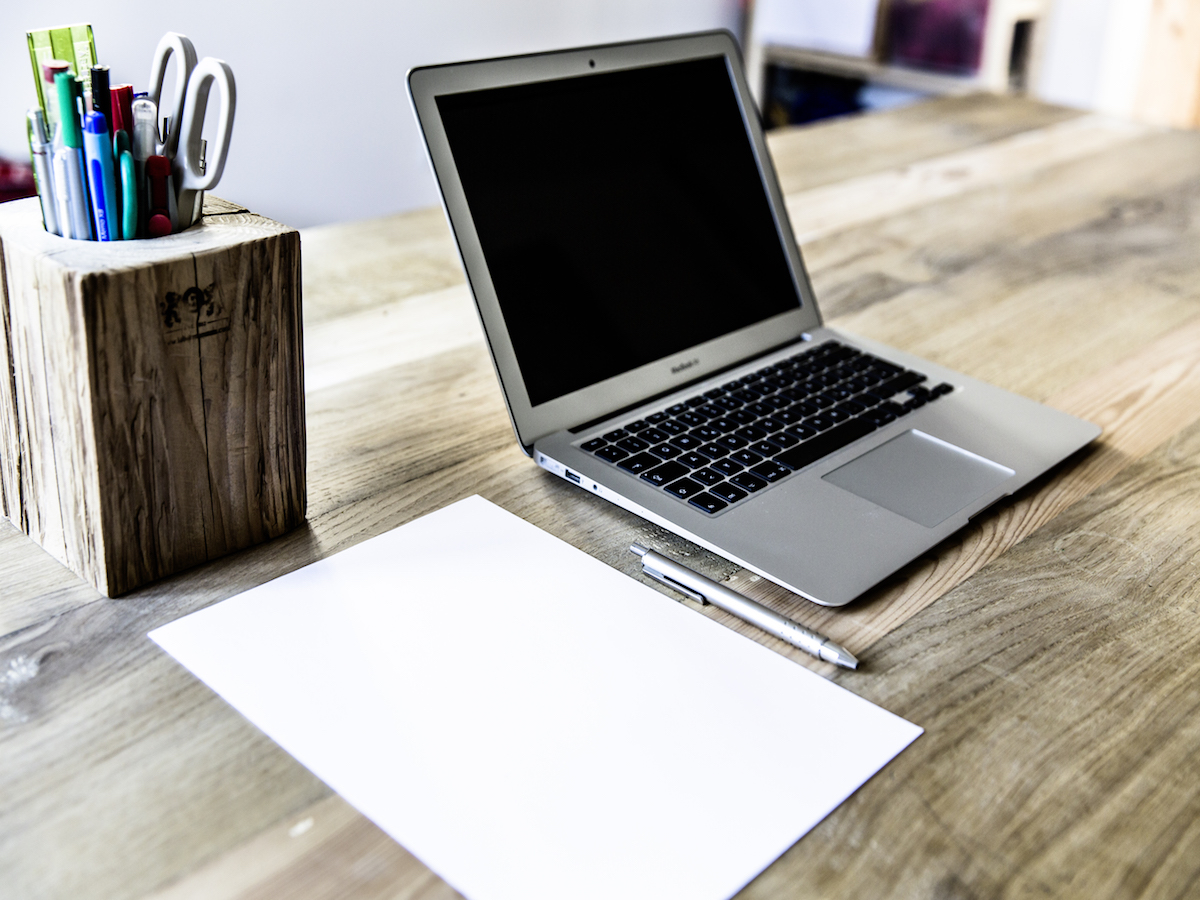 Eight Key Freelance Responsibilities You Should Know About

Antonia realised that although freelance work allows you to be your own boss, there are often some important responsibilities that...
Upskilling / March 3, 2016 / Antonia Odunlami