Why Racism Isn’t A Mental Illness

Over the last week, ‘mental health’ and ‘racism’ have been mentioned way too many times in the same sentence. Yero is finally at breaking point.

On 17th June 2015, a terrorist murdered nine churchgoers at historical black church, Emanuel African Methodist Episcopal in Charleston, South Carolina.  I use the word terrorist  (a person who uses terrorism in the pursuit of political aims) as a noun for the alleged suspect, Dylann Roof, because that is what I think he is. According to reports, he sat quietly in a prayer meeting for up to an hour before taking the lives of four reverends,  a public library manger, a grandmother and choir singer, a recent graduate, a retired custodian great-grandmother and a bible studies teacher. 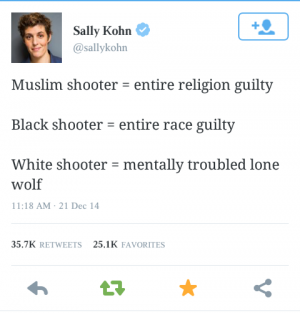 When the alleged suspect was still at large and police were yet to have a detailed description of him, other than ‘young white male in tan boots’, systematically racist media commentators and even a USA presidential candidate queried why a sane White male would commit such a crime.

Mental illness, something that was once so stigmatised in society, is being thrown around left, right and centre as a way to explain the motivation behind barbaric and evil acts. But it appears that it only applies to white people. The massacre was not only a heinous, but conscious one too. It was completely led by something that is taught and instilled — racism.

Alleged suspect, Roof, enacted terror on a community because of the colour of their skin and because of his warped, racist ideology. Over a  week later, people all over the world are still in mourning and asking when will we be able to stop mourning the massacre of black bodies. Unsurprisingly, the FBI has not ruled this a terrorist act, but a hate crime. So if a brown person murdered nine white people, surely the FBI would have come to the same conclusion?

When will we be able to stop mourning the massacre of Black bodies?

Acts of terror are usually meticulously planned, and Roof had already planned his attack  up to six months earlier. Reports suggest that he almost didn’t go through with his massacre in the church because everyone was so nice to him. His manifesto states that he wants to create a race war, but Dr Keith Ablow of ‘Fox News’ puts it all down to ‘isolation’ and drug use and oh, society. So it’s everyone else’s fault but his. Where does it ever say on the back of drug packaging ‘symptoms may include racism’? A doctor is telling us that it’s our fault. Where did we go wrong when we can let a mentally ill young man slip through the cracks of a broken society? 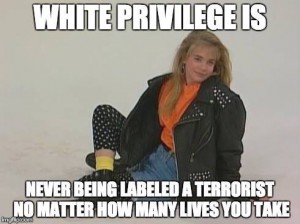 If only people of colour were granted the same privileges as the white lone wolf. white people are never fully accountable. The disparity in language used in descriptions and headlines for living white suspects and murdered black victims is an example of the microaggressions and institutional racism we live with.

Let’s cast our minds back to the beginning of the second week of this year: two gunmen brutally attacked the offices of French satirical publication, ‘Charlie Hebdo’. We saw the return of Twitter activism with #JeSuisCharlie, the world rejected the doings of evil brothers who wanted to enact terror on Paris and go out in a blaze of glory. Two billion Muslims were asked to apologise for the actions of two men. Shortly after, world leaders began to come together so we could all heal. I wonder when the executive assistants of world leaders will be booking their flights to South Carolina.

Dr Alvin Poussaint of Harvard University wrote that if racism were a classified illness, then racists would not be able to control their beliefs and wouldn’t have to challenge or change their own beliefs. Radicalised white supremacy is present throughout history, and black people have been suffering with mental health issues such as anxiety and depression because of racism for centuries. So it is irresponsible to suggest a violent act of race hate is a consequence of suffering from a mental illness.

Not only is this claim removing all of the work people living with mental health issues and advocates have done for people to better understand mental health issues, but it completely condones White Supremacist history that we are continuously told to ‘get over’. Until I can wake up on a Thursday morning and not mourn the abhorrent killing of fellow human beings, I won’t.

Has this article effected you in anyway? What are your thoughts on media coverage of mass attacks? Let us know –– @rifemag

Find out about Journalism Ethics with National Union For Journalists 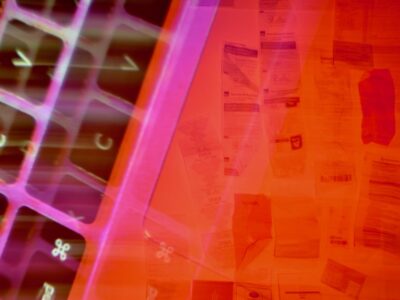 How to create boundaries for your lockdown buying habits

Astrid suggests that we could use our boundary-making mechanisms to limit our buying, too
Lifestyle / Social Issues / February 18, 2021 / Astrid Spruzen

About 334 million women are currently on their periods.
Lifestyle / July 10, 2015 / Yero Timi-Biu
<PreviousNext>