Ever feel like you’re being kicked down a very long flight of stairs? That’s what Sammy Jones argues doing an unpaid internship is like – unless you’re part of the privileged few who can afford to do one.

Lucky old me: I’ve been able to snag two internships in my short life. One in online advertising that led to a full-time job, and the other one I’m doing right now at Rife. Neither were amazingly well paid (soz Rife), but I’ve been able to survive on both, and I’ve learned a mill doing them.

I’m finishing at Rife soon. Doing another paid internship should be an option, but unfortunately, the only internship I can find that’s Bristol-based and at all editorial is one measly unpaid role. And guess what? I think that all unpaid internships have been hand-woven by the devil. 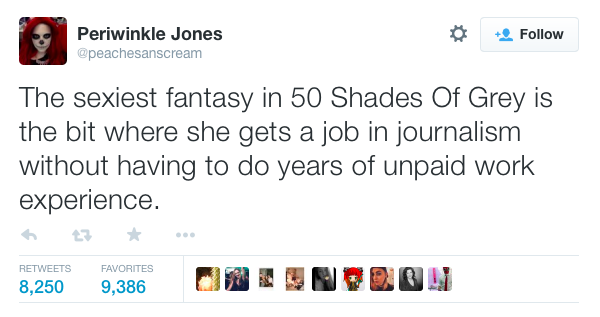 Unpaid internships are the worst because so many people simply cannot do them. A deeply unsettling bias has formed in all the top ends of the ‘good’ jobs, all of which dictate what we see in the media, in the courtroom, and in government. Only 16% of the top 100 UK media execs went to a comprehensive school (the 88% of us who went to a state school are overwhelmingly represented by people who decidedly didn’t). A third of BBC execs are Oxbridge educated, three quarters of judges also went to that same small pool of universities, as did nearly half of newspaper columnists. How crushingly boring and utterly old-fashioned it is that it still all comes down to who you know, what you look like, what you sound like, and most importantly, how much money your family has. 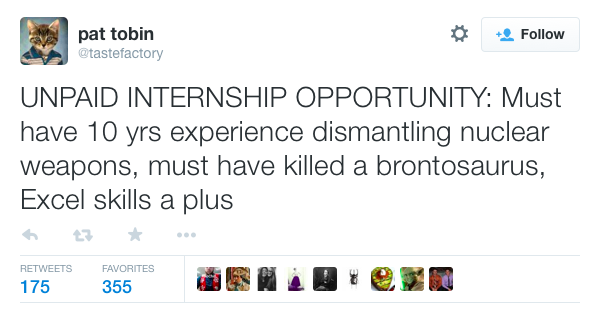 Did you know that in most UK counties you can’t claim Jobseeker’s Allowance when you’re doing an internship? What am I supposed to do? Cry to my mum or dad for money? I would never. Work my fingers to the bone at a part-time job AND at a full-time internship, eyelids drooping and unable to make the good impression that I know I can? Been there, done that, never again. The unpaid internship culture is created for those who can give the role 100%. Unfortunately, they’re also the ones that already have a leg-up socially and economically. 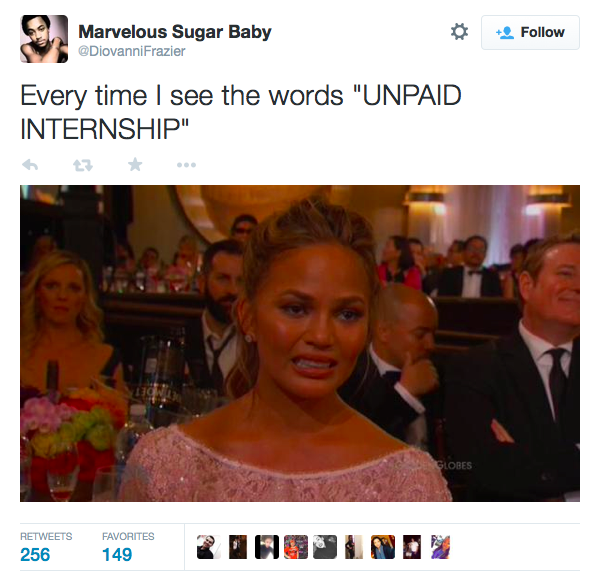 It’s easy to see what the Catch 22 is here – we need experience to get a job (even after racking up £26k in degree debt) but to do that, we need to work for free, and most of us can’t afford it. There’s no way for a young person in 2015 to get the start-up capital needed to move from a rural area into an urban one, or to pay for further training, or to save up enough money to survive six months of an unpaid internship starting from zero. What a drain of talent that’s being ploughed into supermarket tills across the land, while the privileged just keep getting more privileged.

I feel like a fake, going around, asking for money for my work. Who do I think I am, anyway?

I still do unpaid work. I know it’s a cowardly, self-damning reflex, but when all I’ve seen is cuts upon deficits upon debt in the media, asking for more doesn’t come naturally. If anything, I feel like I should be grateful for ‘the exposure’, or ‘the opportunity’. It’s hard to shake off the feeling that I’m not good enough, and that I shouldn’t ask for things. I feel like a fake, going around, asking for money for my work. Who do I think I am, anyway? And that’s why unpaid internships have to stop. That feeling isn’t going to dissolve when it’s become the norm to offer our time and our talents for free. I’m crossing my fingers, my toes and occasionally my eyes in the effort of netting a steady job that’ll keep me for more than six months (imagine the stability!) but I am sure on this: I won’t be picking that unpaid role up, and neither should you, even if you can. I can see you, undercutting us all. Soon both of us will be working willingly free – and worth nothing at all.

Have you ever done an unpaid internship? What was it like? Tell us @rifemag or on our Facebook

Generation Breakdown: Why I (and Maybe You) Can’t Afford a Mortgage ’til 2028 by Sammy Jones 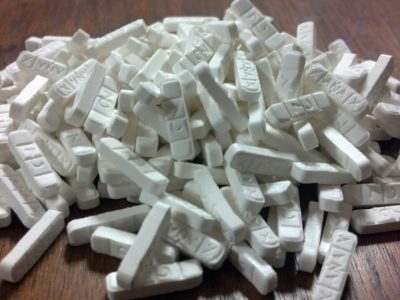 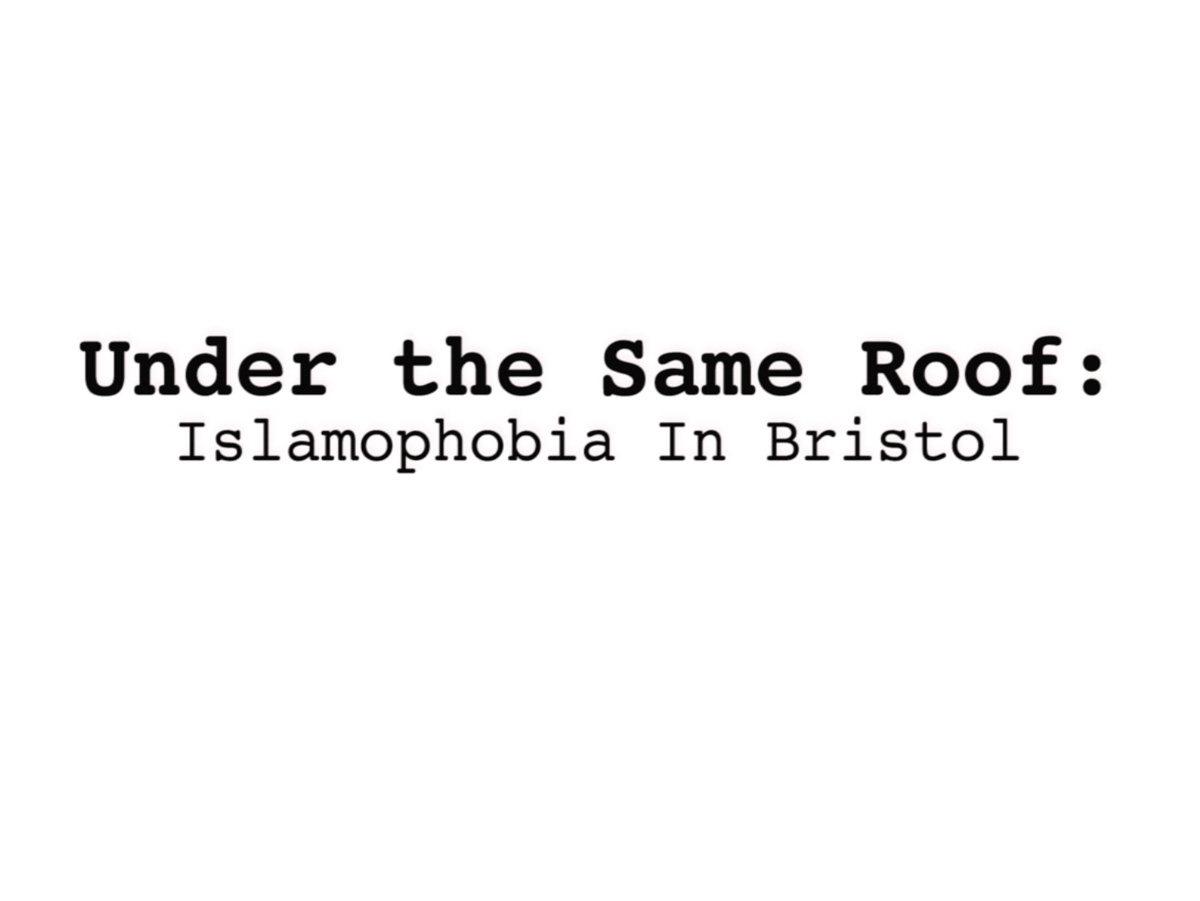 Under The Same Roof: Islamophobia In Bristol

We team up with BFI Film Academy to look at the rise of Islamophobia and its impact on Bristol's Muslim...
Social Issues / March 30, 2016 / Rife Editor 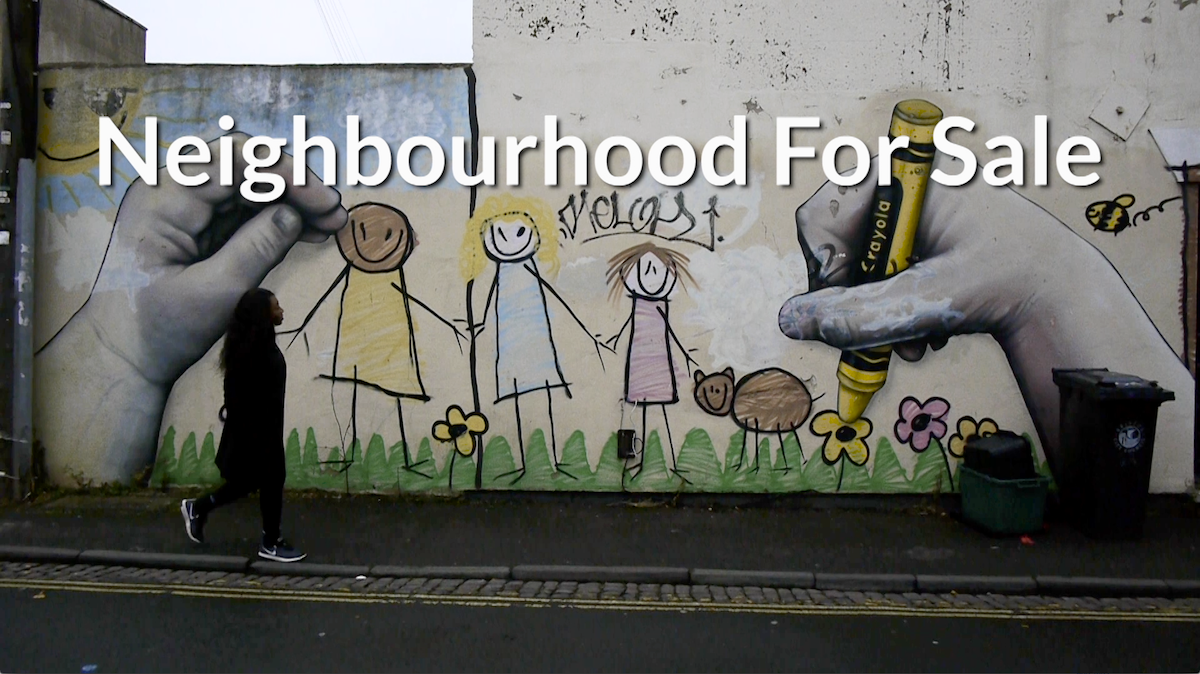 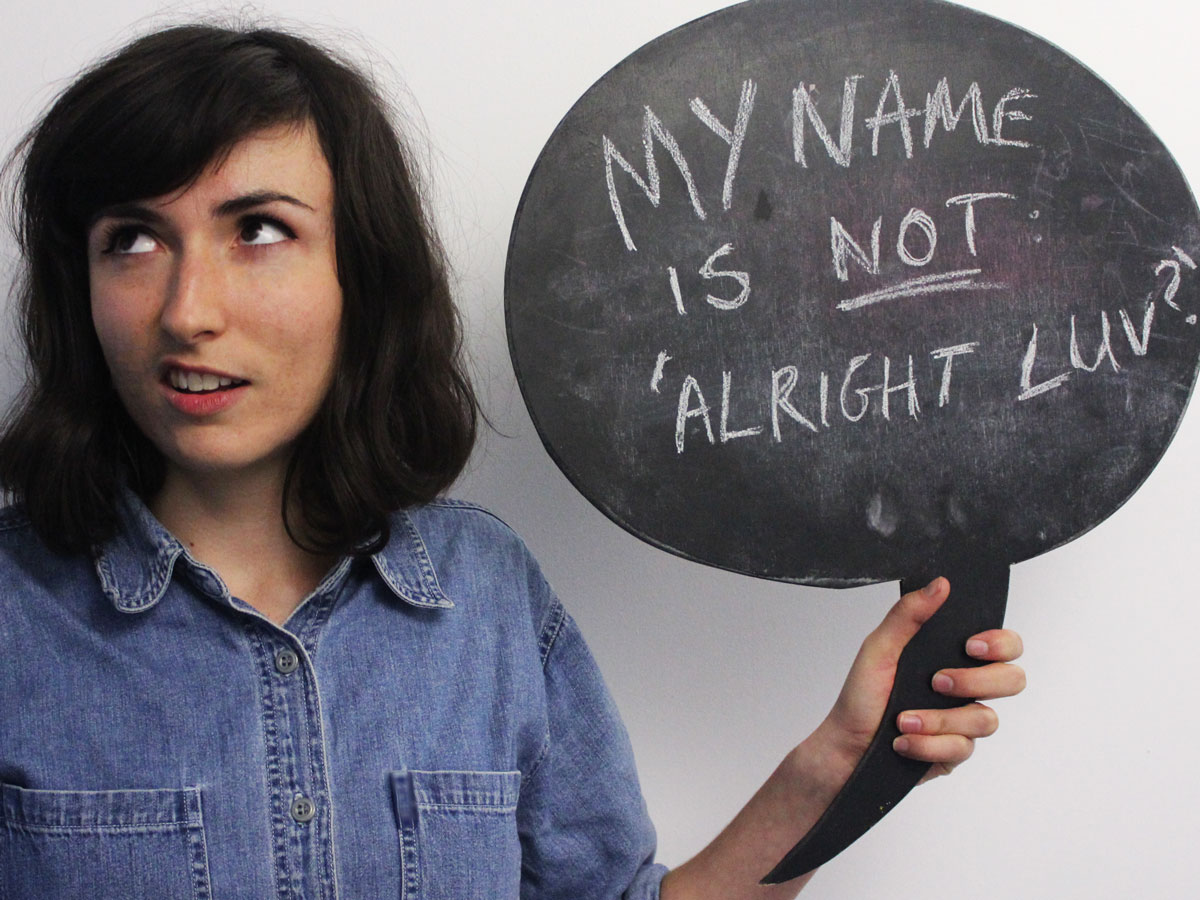 Lena Dunham has been the poster child for feminism for a little while now.
Social Issues / January 14, 2015 / Sammy Jones
<PreviousNext>