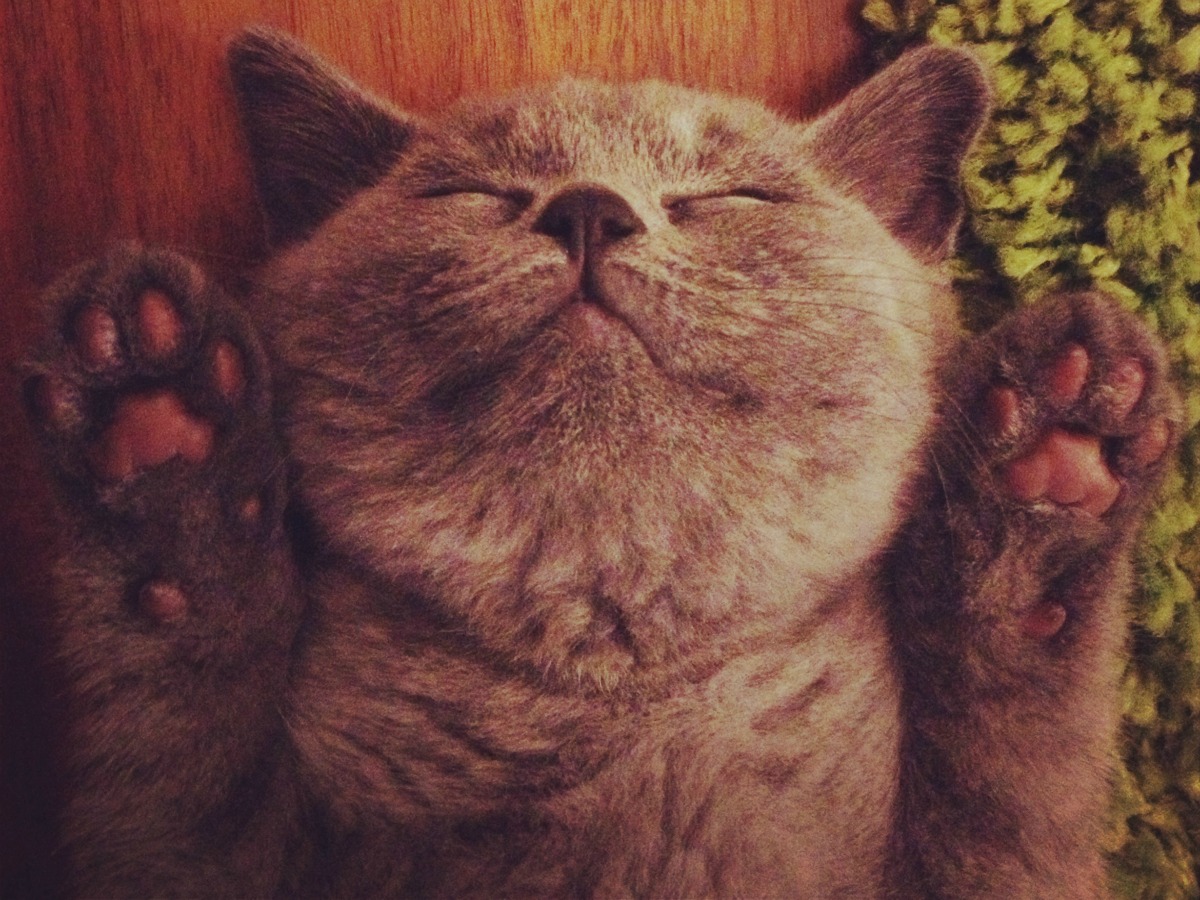 For her final piece for Rife, Molly cat-erpaulted herself into the purrrr-fect world of moggies mugging for the camera. Here are the Cats of Bristol.

Cats don’t usually go walkies in parks with owners like dogs, but they run the roost at home. Who are these cats who own their owners? I put a call out to friends colleagues and Twitter followers to find the cutest cats in Bristol. Why? Why not? They’re cats, they’re cute as heck. 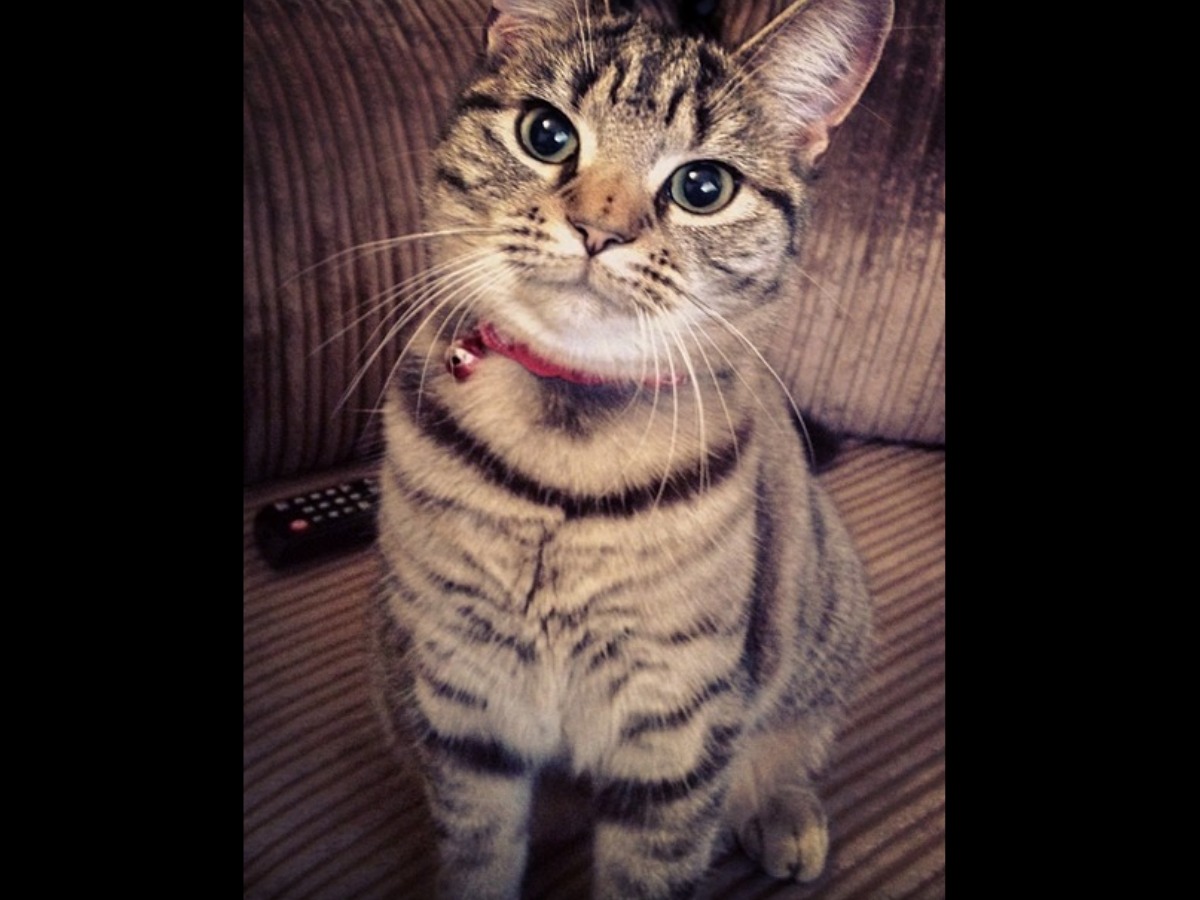 Owner Chelsea usually catches Tilly on the toilet seat. She doesn’t do anything whilst on the toilet apart from be endearing. Chelsea says ‘If Tilly was a celebrity she’d probably be Charlotte Crosby from “Geordie Shore” as she’s hilarious, adorable and genuinely a silly cat that everyone loves’ 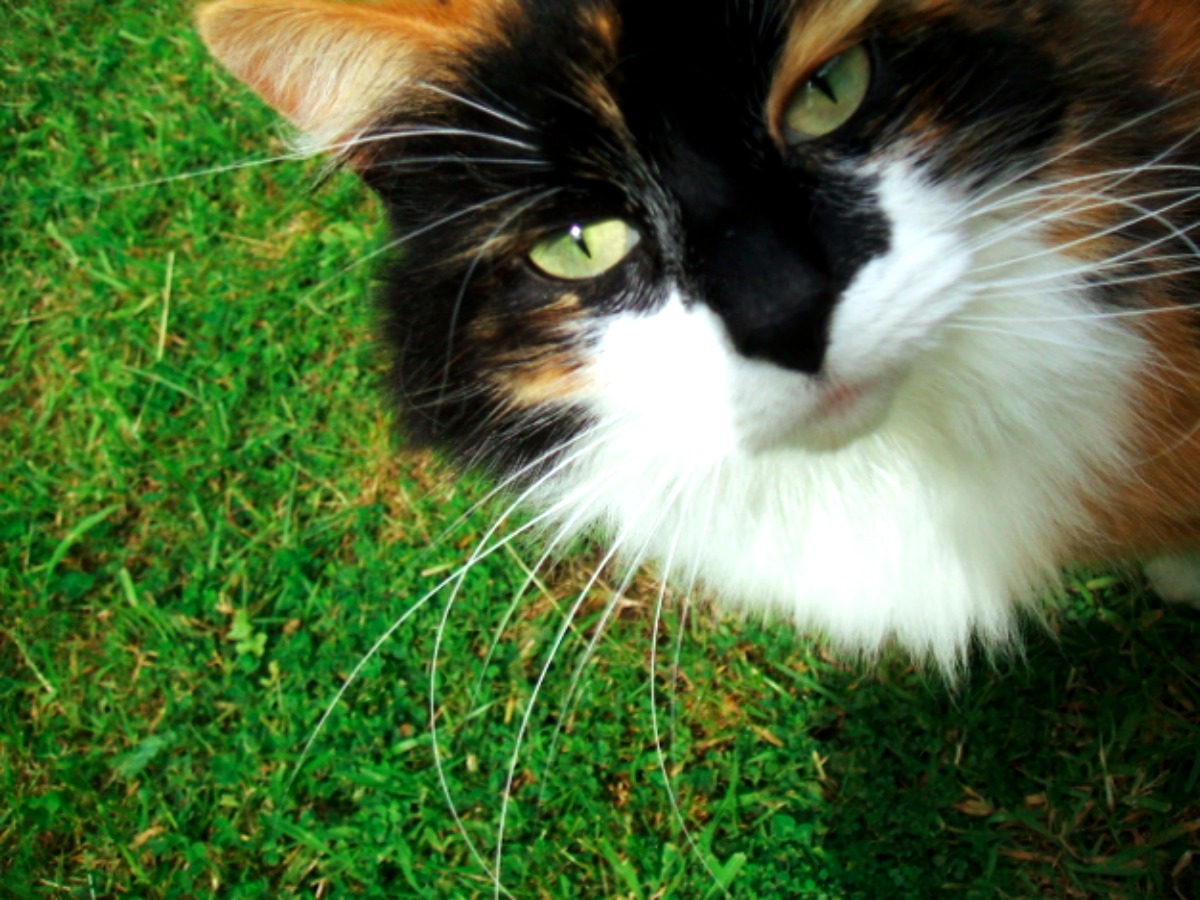 Unfortunately, Spice is no longer with owner Jess but her memory lives on due to her silent-but-deadly personality. Jess says that Spice once caught a flying bat in mid air and had a bit of a scrap with it before walking away like nothing ever happened. Jess reckons Spice was a bit like Solange Knowles due to her quiet and placid traits until she hit the spotlight. That’s when Spice would dazzle everyone with her mystique and wonder. RIP Spice. 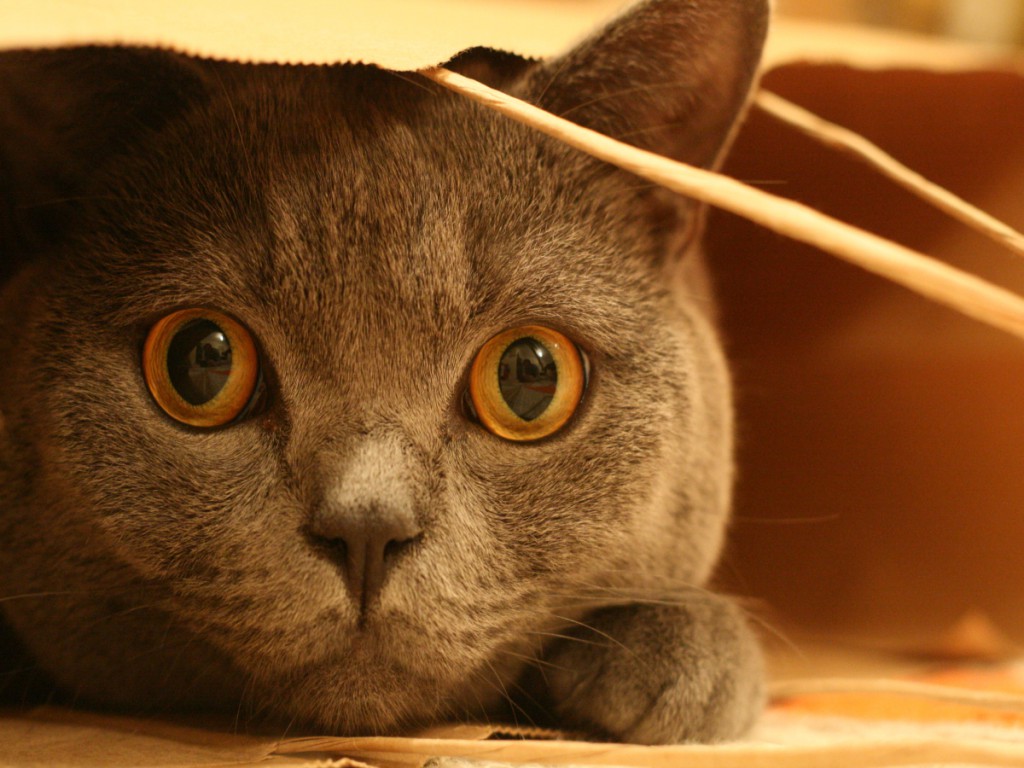 Looking slightly shocked, GusCat apparently prefers paper bags and boxes to the cat toys that are in these paper bags and boxes for him. Owners Katherine and Tom say ‘We think that he’s a bit like Ryan Gosling as he’s nice to look at, a bit shy, and doesn’t really know what’s going on.’ 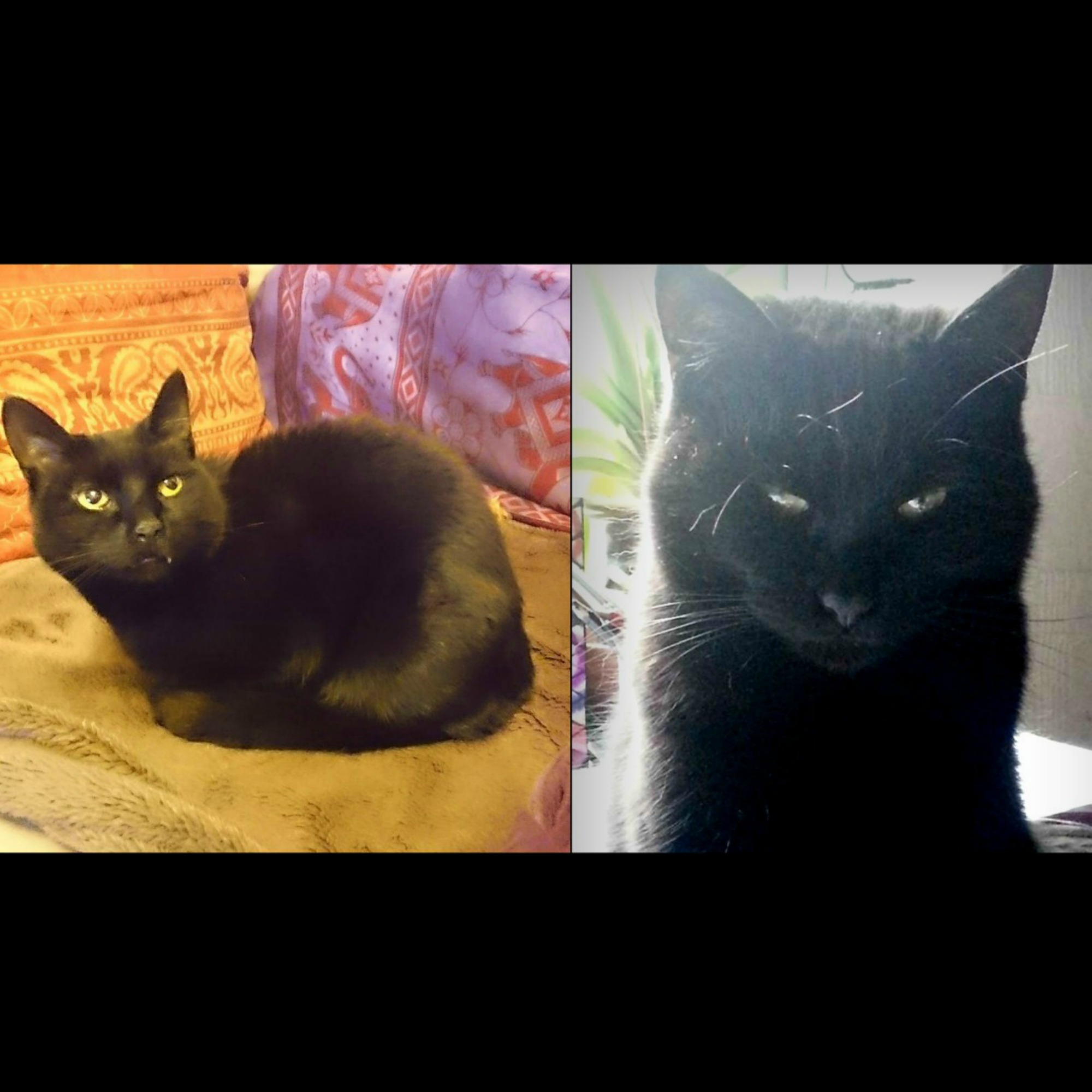 Mabel (right) and Ween (left) are brother and sister cats belonging to owner Lucy. Mabel and Ween are very different, Lucy tells me. Mabel is more intelligent than Ween as she sometimes open doors and walk on your face whilst you’re asleep.  On the other hand, Ween follows Lucy round everywhere until she picks him up and gives him a hug. Apparently Ween gets a bit impatient when you don’t pick him up that he will leap into your arms or shoulders which is inconvenient for Lucy when she is brushing her teeth or washing up. Lucy says the one fang sticking out of Ween’s mouth is part of his look. Mabel also once ran into a door when she was a few months old and hasn’t been the same since. 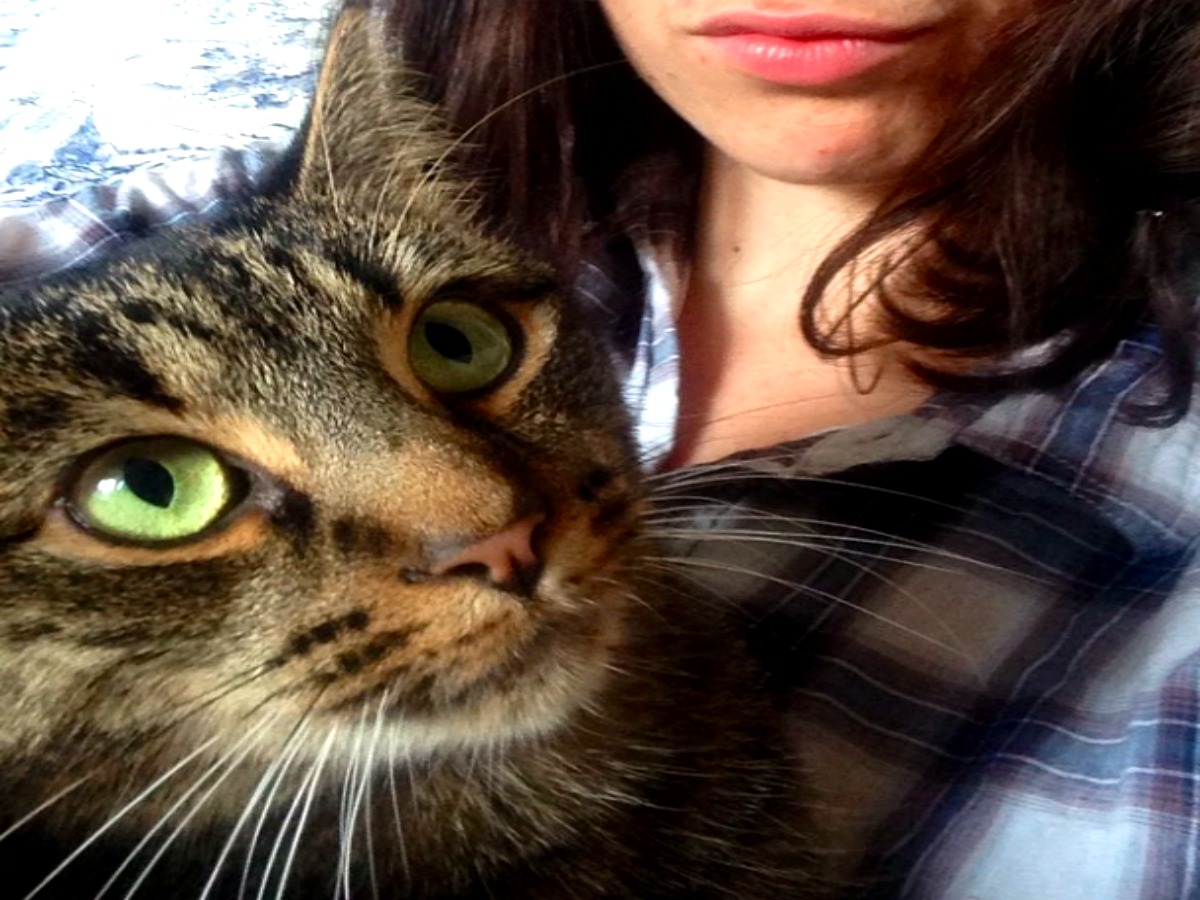 Moose apparently has a crystal vase that he drinks from and if you try to offer him a different form of water container, he throws a strop. Owner James says that ‘if Moose was a celebrity, he’d be like Nick Cave as being around Moose is like being front row of a Nick Cave concert – you’ll get trampled on’ 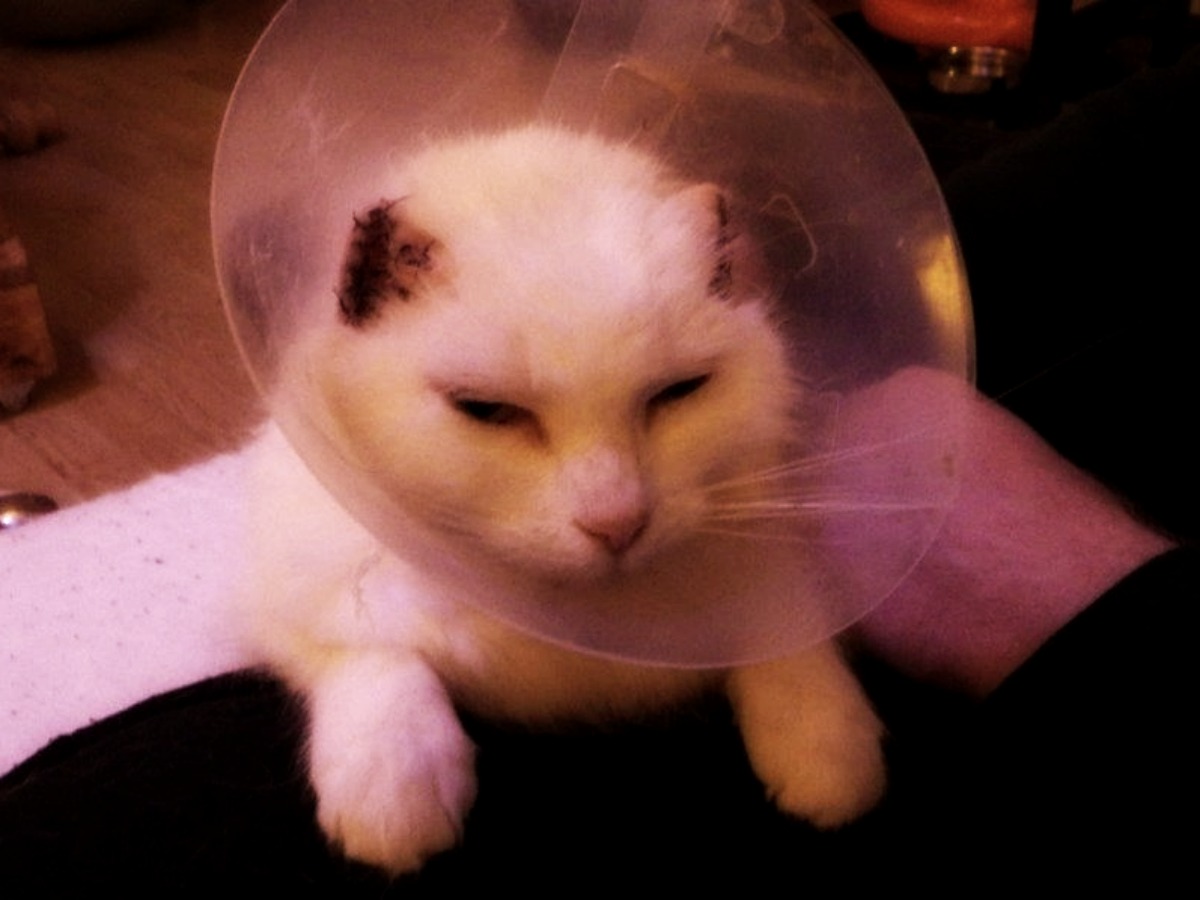 Owner Richard tells me the strangest thing that ever happened to Polo… he had his ears removed due to sunburn! Richard says ‘I guess if Polo was a celebrity it would now be Van Gogh’. Polo is a foster cat that Richard has taken care of. Fostering cats means a lot to the cats who can’t be taken care of. Richard has fostered many cats from Bristol And Wales Cat Rescue 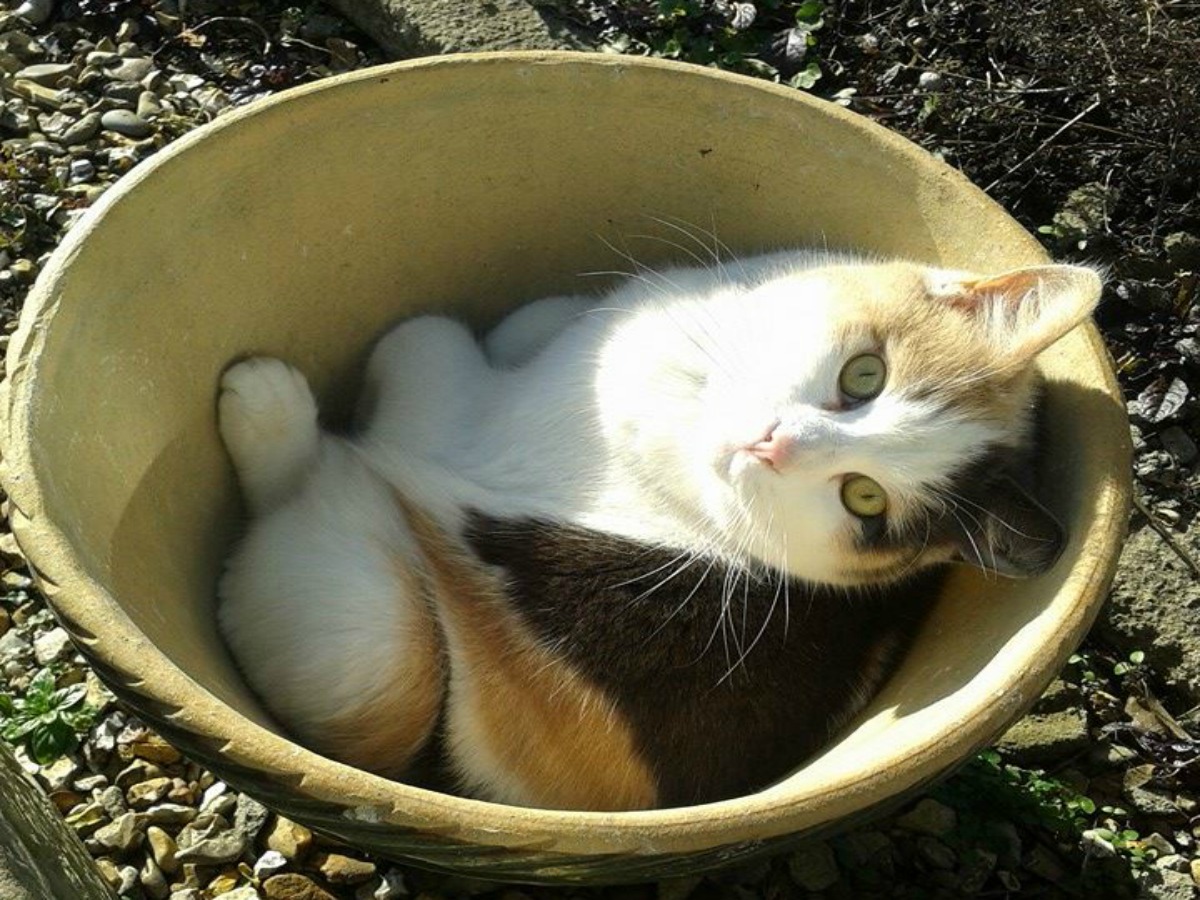 Dolly is a fat cat who terrorises anything in her path, especially baby mice and all humans. She hisses at toddlers and bites the necks of little birds. You wouldn’t want to get on the wrong side of Dolly as she is like Cruella DeVille. Her owner Sheena says that Dolly will appear with dead animals from nowhere. 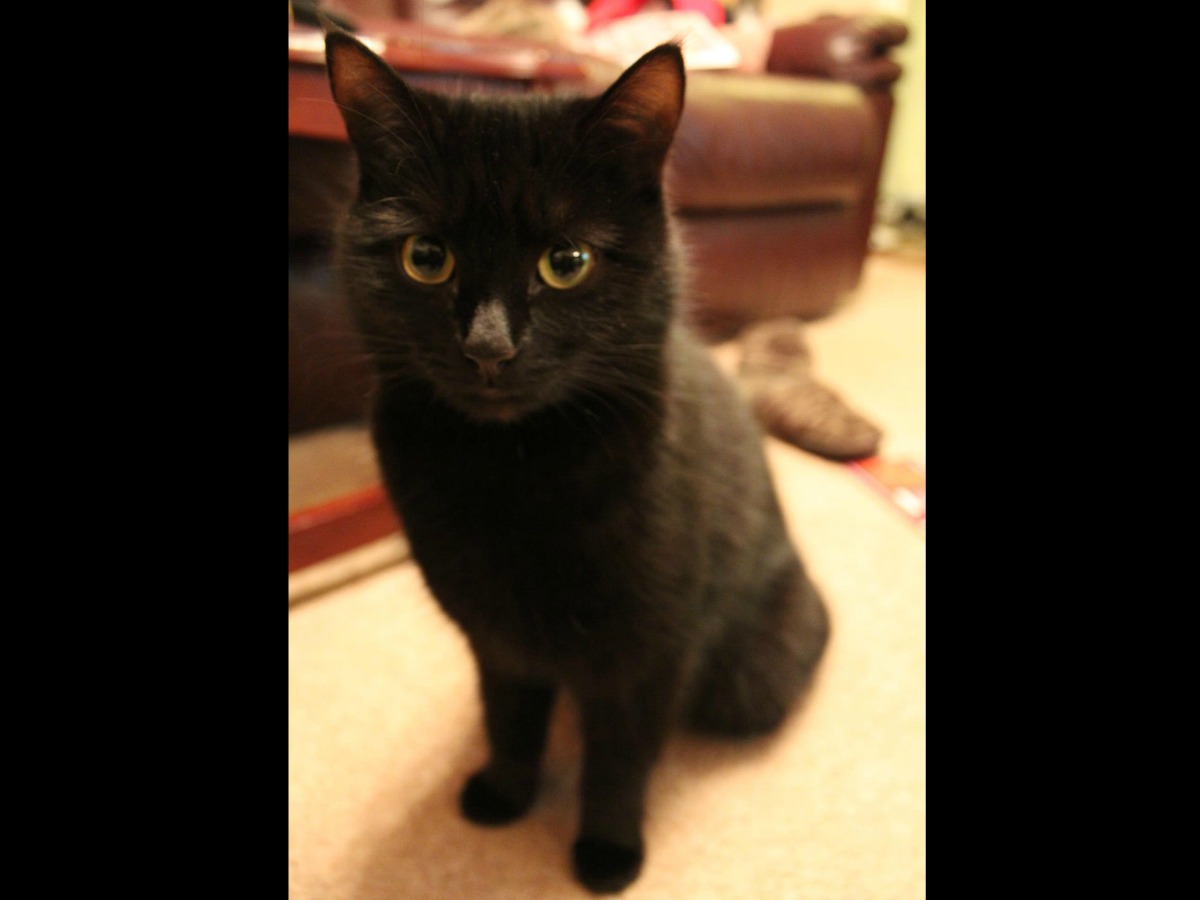 Another cat no longer with their owner, Pepe belonged to Sham. ‘Pepe was a great family cat,’ says Sham. If Pepe was a celebrity she’d be The Godfather because she loved her family as much as they loved her. Pepe was most known for bringing in various food such as a quarter eaten beef burger, corn on the cobs and a cats favourite, fish. 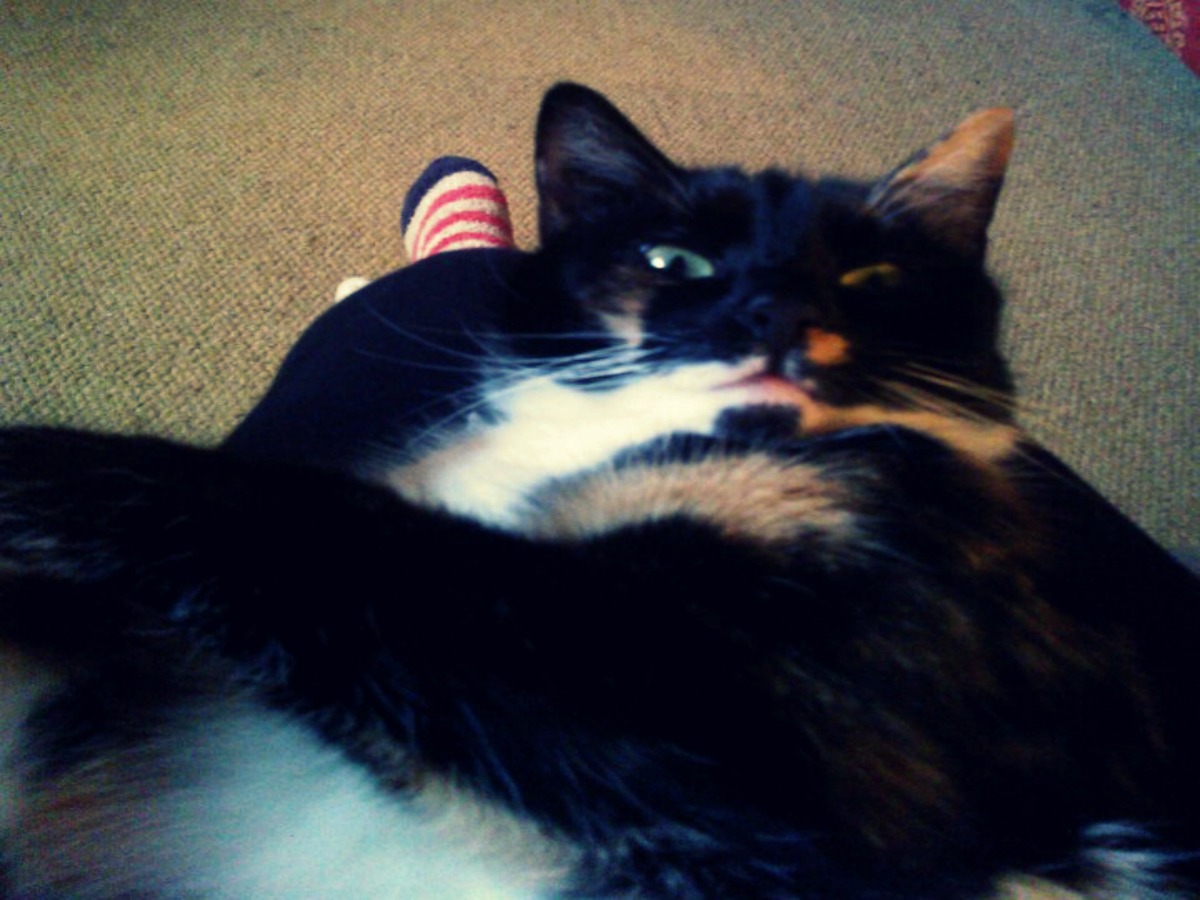 According to owner Becky, Moomin is the weirdest most wonderful cat.  Becky says ‘My sister and me have always said that if she was a person, she’d be like Alan Rickman as she just looks like she’s displeased with everybody most of the time.’ Apparently Moomin once opened the front door to let the dog out and walked away in hope that her enemy would run away. 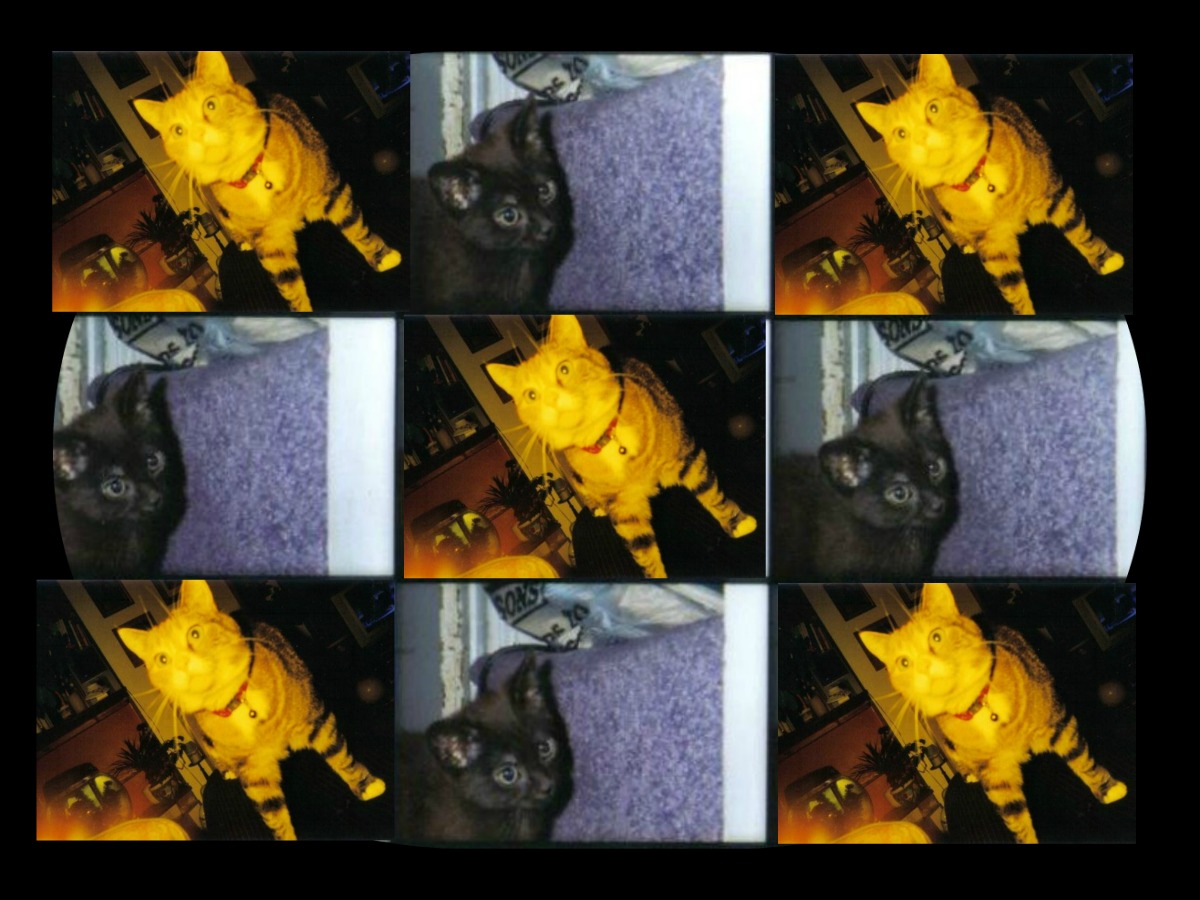 Lulu May (red collar) would be Dame Maggie Smith according to owner Becky because Lulu is a dignified cat who is disapproving of Ruby’s (black cat) antics. Apparently LuLu likes to try and talk to the seagulls from the windows in the house. Ruby however would be Shirley Temple if she were a celebrity because she’s a little darling. Becky says ‘Ruby will flirt with anyone, especially men. If she were to meet a burglar she’d probably flirt with them too.’ Apart from the flirting, Becky also tells me that Ruby is incredibly trusting to the point that you begin to question wether she’s all there sometimes. 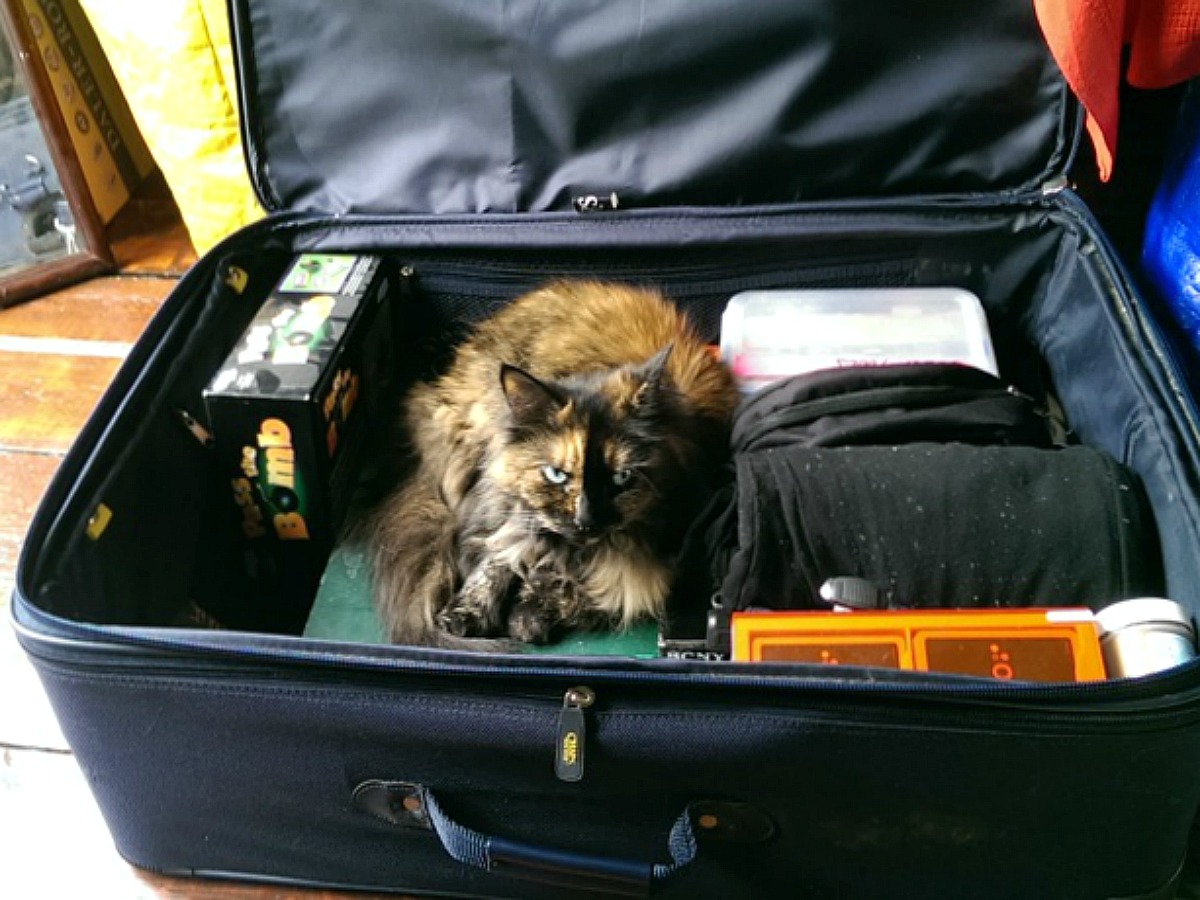 Boo belongs to Becky and Gareth. When the three moved house, Boo went wandering off which left her owners very worried. Becky tells me that they spent ages shouting her name in hope she hasn’t got lost in an unknown neighbourhood. But luckily, the couple heard meows from inside the walls. Apparently Boo had climbed up the chimney and made her own way upstairs. Becky says ‘it wasn’t funny at the time but after we’d coaxed her out with treats, we laughed about it.’

Cats of Bag of Nails

Here is some cats from the Bag of Nails pub, near Brandon Hill. It’s a small and cosy pub that has quite a few cats enjoying themselves at the bar and with the customers. I spoke to barman Tom about how the cats came to play quite a big part in the pub’s history. He told me that pub owner Luke had inherited one of the cats, Sally, with the pub which lead to kittens being born with his own cat, Malcolm. There are currently eight cats in the pub including Philomena, George, Absinthe and the four little black cats who apparently cause the most chaos. The cats are very well looked after, so are the customers. For those of you under 18, sorry but you’ll have to wait to check this pub with cats out but if you’re old enough then I highly recommend checking this place out!

‘Meet the Dogs of Bristol‘ by Molly Perryman 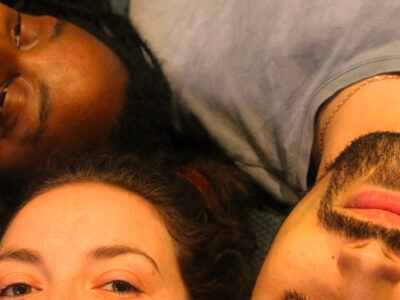 The power of a compassionate workplace: Saying goodbye to Rife 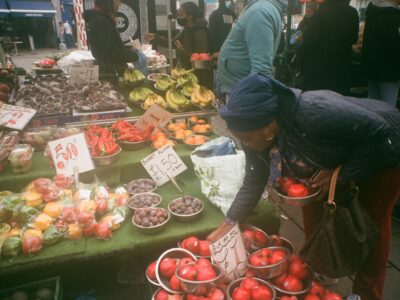 Why You Should Be Watching 'Adventure Time'

Molly watched the first series of 'Adventure Time' on Netflix and feels like you should too.
Film / November 17, 2014 / Molly Perryman
<PreviousNext>