‘…if I’d come out as trans at school I would have got beaten up on the way home’: Q&A With A Trans Teen

‘It’s scary what people think it’s okay to ask and to talk about’: Sammy talks to ‘Zack’, a trans person living in Bristol, to find out more about being trans and how it can affect even the smallest things that most people might take for granted.

‘Zack’ is the last (but most definitely not least) of our 24 most influential Bristolians under 24. ‘Zack’ teamed up with Fixers, a charity that makes sure interesting, ahead-of-the-curve voices don’t go unheard, to talk about his life as a trans person. The moving video that resulted is below. I caught up with him to find out what he had to say about YouTube comments, coming out at school and whether he identifies as LGBT.

What inspired you to make the video?

I made a poster for LGBT History Month that was the basis of the animation. I did it to show people what it’s like to be trans because people think when you’re trans, you choose to be trans and it’s not a big thing. It’s things that people take for granted – I wanted to show that it’s not that simple.

What kind of stuff has happened to you?

It’s stuff like, you don’t know which toilet to go in – do I go into the women’s and get kicked out for looking like a bloke, or do I go in the bloke’s and get kicked out for looking like a woman? Another thing is people asking about my genitals. It’s none of your business. It’s scary what people think it’s okay to ask and to talk about. I’ve been amazed by the response on YouTube. It’s had over 3,000 views. I can’t believe it.

Were you scared of any backlash in the comments?

I was warned there would be a chance of that happening. There’s always going to be someone thinking they know everything but they’re entitled to that opinion – it doesn’t mean their opinion’s right, mine’s not exactly right either. Sometimes I feel like I don’t know how those people’s brain cells work but it’s their right to have that opinion. If they want to live their life like that, that’s okay. As long as it helps one person, even if there’s ten people moaning about it then let them moan. 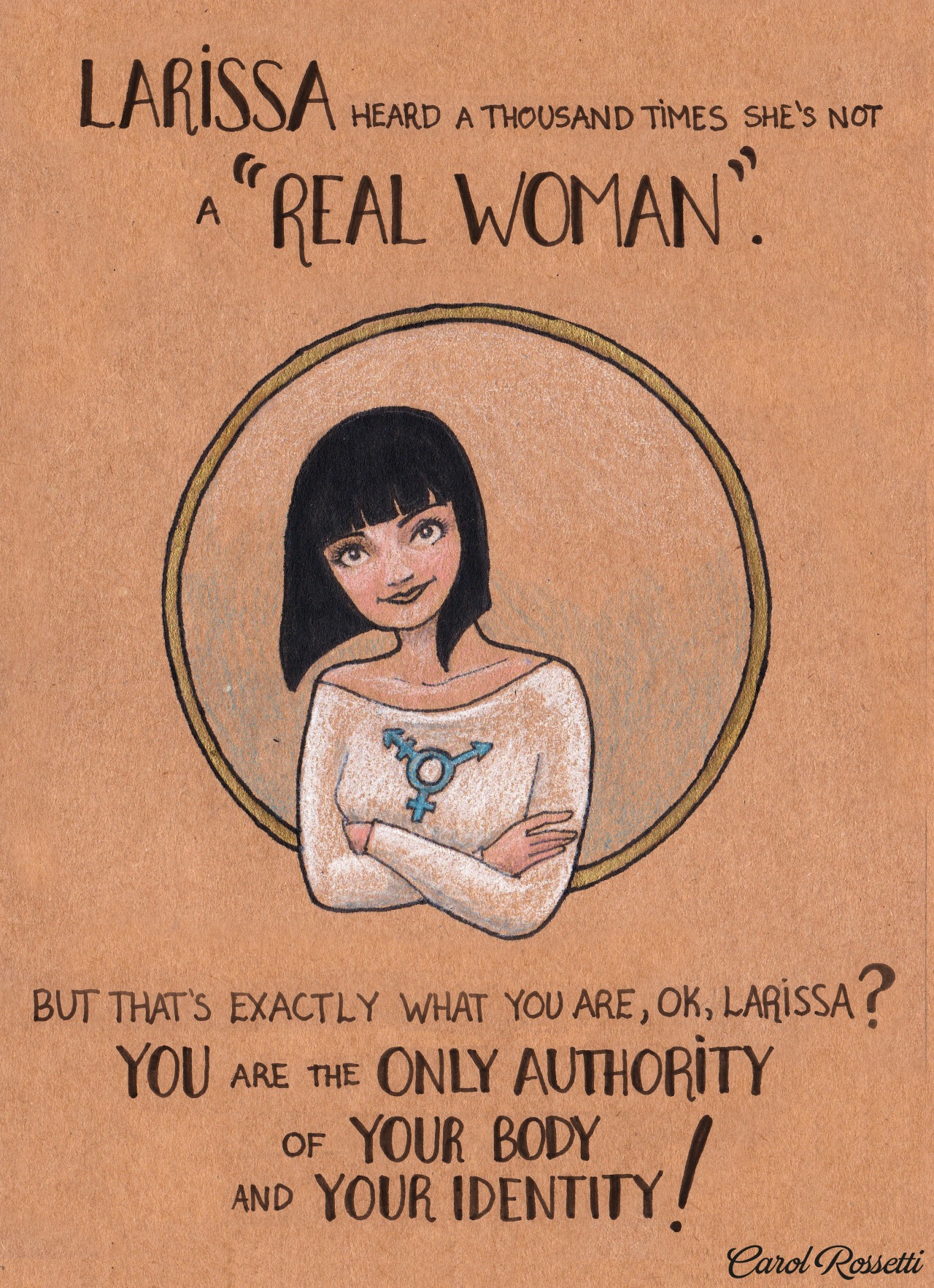 When you were sorting this stuff out, did you have any resources to support you at that time?

We never had anything in school about being trans. It was scary how little information there was. Most of my education came from the internet- searching and researching things like random Tumblr pages and YouTube videos. While I was at school, I also heard the word ‘transsexual’ on My Transsexual Summer, that was the first time I’d heard the word properly, and knew you could do something about the way I was feeling.

Tell me more about ‘My Transsexual Summer’.

It was a series on Channel 4 about six trans people. They all got to know each other and chatted about their experience. It’s the first thing I saw that made me feel like, ‘hang on, that’s how I feel and I can do something about this’. It helped me massively.

Do you think Bristol is a supportive place to be trans?

I feel supported at a youth group I go to called Freedom Youth. I’ve been going for three years. It was there when I started presenting as male although I wasn’t living as a male full-time. It was a place to explore my identity and be myself. It was that support I had from people there that helped me come out everywhere else.

Do you think social media makes it easier or harder as a trans person?

It depends what you see. If the Daily Mirror shares an article about a trans person, that article might be really supportive itself, but when they post it to their Facebook page you get all sorts of people commenting all sorts of stuff. They say stuff like, ‘if my son said that he was a woman then I’d support him and he’d still be my son’, and it’s great that you think you’re still going to be supportive but you’re still calling him your son. Some people can be really supportive, some people aren’t. It’s like anything. 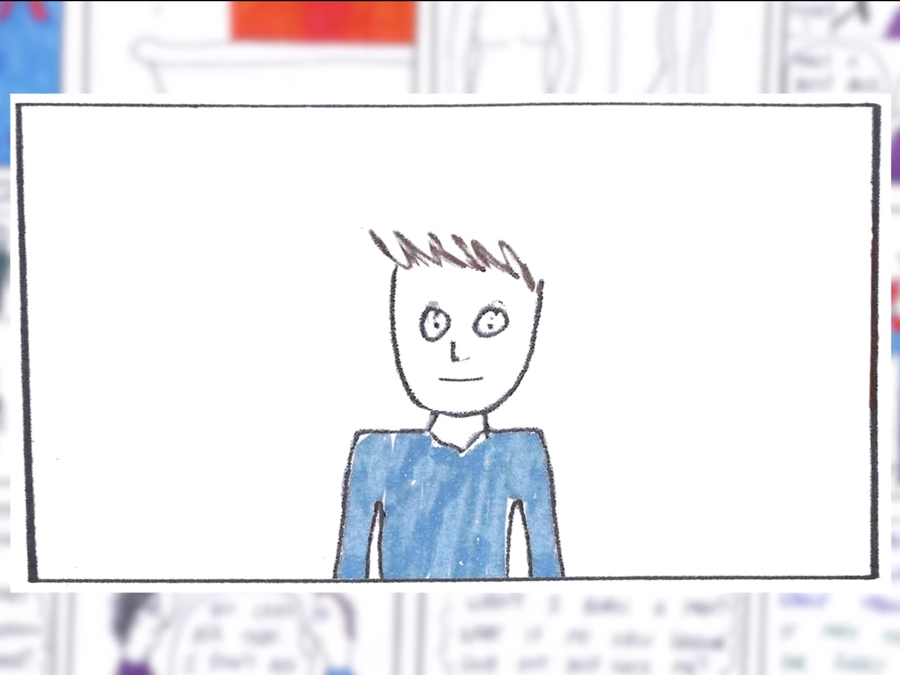 As a younger person, do you think that makes it easier or harder as a trans person?

Younger people experience different things to older people. If you’re a 40-year-old transitioning then it’s going to be harder as people have known you for 40 years as who you are and then you have to come out at your job and everything, whereas I’ve had the advantage of leaving school and then transitioning, meaning I could start a job as male and no one know any different.

Do you think it would have been harder to come out in school?

I didn’t come out at school for the pure reason that I was already being bullied and I didn’t want to make it ten times harder for myself and come out as trans. I thought I could just wait because it wouldn’t have been worth it at all. The teachers were supportive, but if I had come out as trans in school I probably would have got beaten up on the way home. 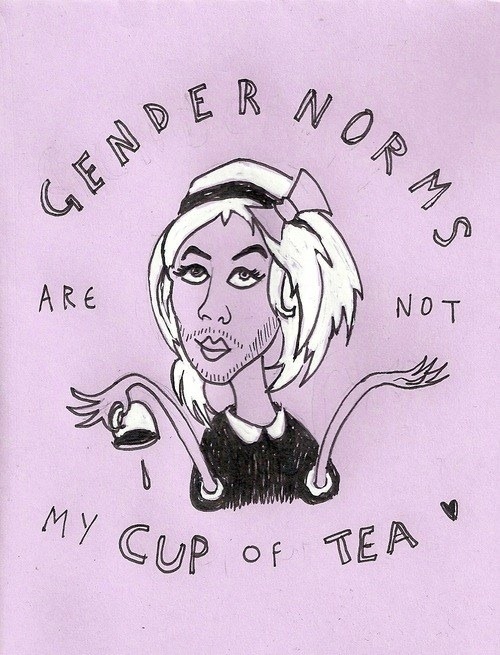 I know you identify as a trans person now, but do you think it’s a label you’d like to hold onto forever?

Everything I’ve done as a ‘trans’ person has been anonymous, and I haven’t released my real name anywhere, and that’s not because I’m ashamed of being trans, it’s just that I don’t want the hassle of people asking me questions. I’m quite happy living my life as a man. I would like to be able to be proud of being trans, but at the same time, it scares the hell out of me to have to come out, but if you don’t come out, there’s always the fear of people being told by someone else and not through you. I’m in two minds at the minute whether to just come out altogether or keep it ‘stealth’ as they call it in the trans community.

Do you identify with LGBT?

I can understand why some people don’t, because if you’re a straight trans person, you wouldn’t necessarily identify with the LGB. I’ve had lesbians say to me, ‘oh, but you’re just transitioning to get away from the fact that you like girls’- it doesn’t work like that. It’s got nothing to do with my sexuality whatsoever. I’m not transitioning to get away from anything. I think the lines are often skewed and confused. I’m still unsure about my own sexuality, that’s a whole other can of worms, but I’m certain in my gender identity. Personally, I identify as part of the LGBT community because I don’t believe in separating things anymore. You’re already not in the mainstream population; you might as well come together as much as you can.

Have you got any advice for anyone who might be struggling now with their gender identity?

That they’re not alone, and that it’s okay to feel the way that they feel, and no matter what anyone says, don’t let that change how you feel about yourself, if you’re sure. It’s also okay to have doubts throughout the transition, that’s completely normal. Don’t live your life to please other people. You have to have a decent life to please yourself or you’re never going to be happy.

Freedom Youth is where Zack felt comfortable enough to be himself. If you’d like to know more about it, here’s their Facebook page, a flyer, and more info on the Off the Record website

For more support, TransBristol suggests these links, and here are the Council’s LGBT support networks 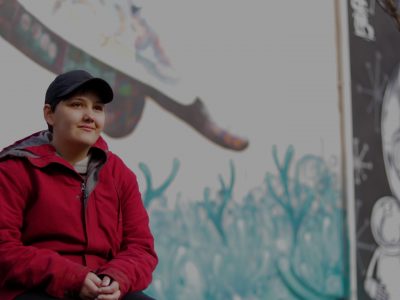 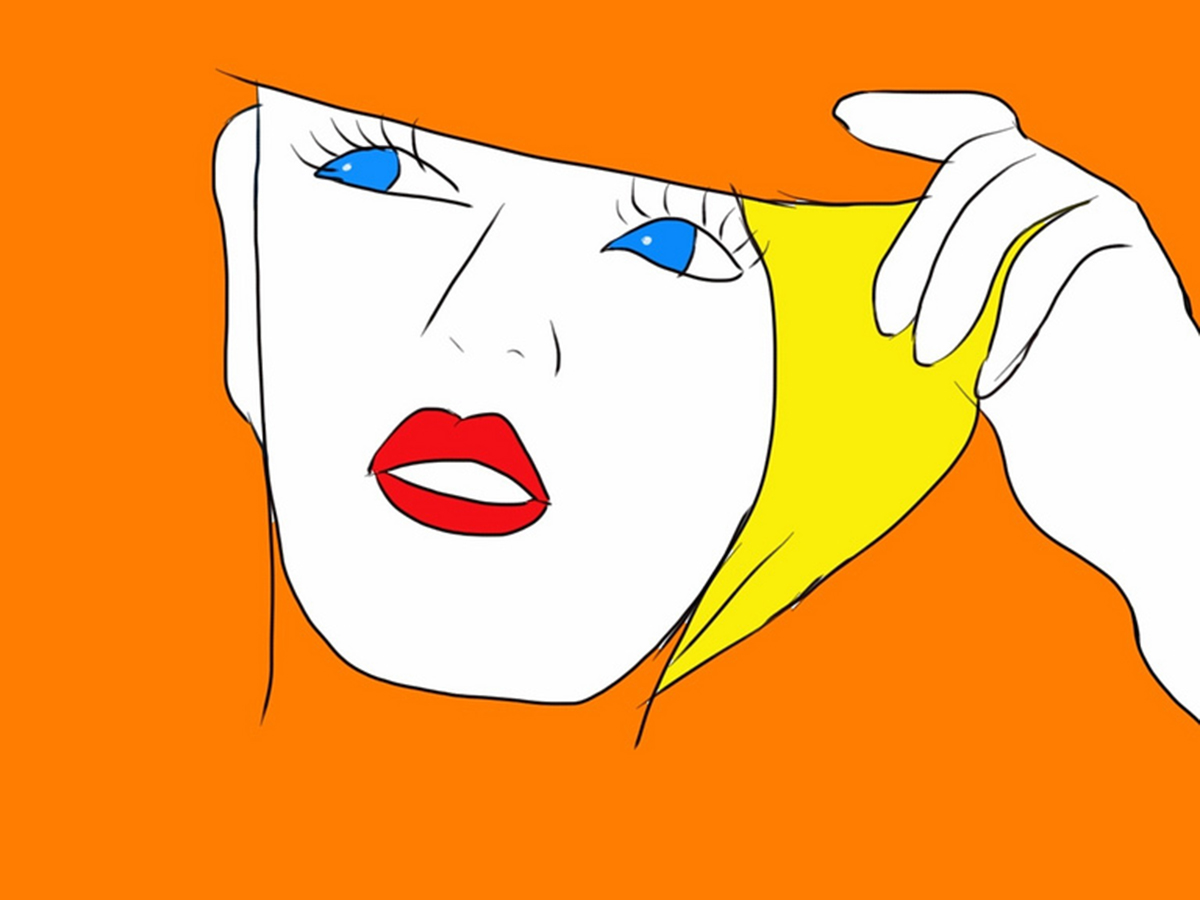 Imogen discusses the concepts of beauty and ugliness, and calls for us to reclaim the word ugly as an act...
Social Issues / July 4, 2017 / Imogen Downes 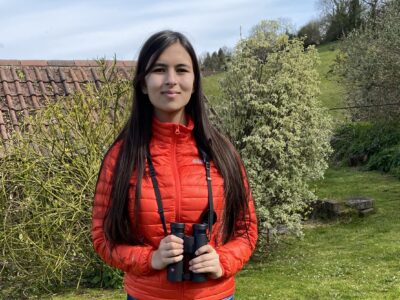 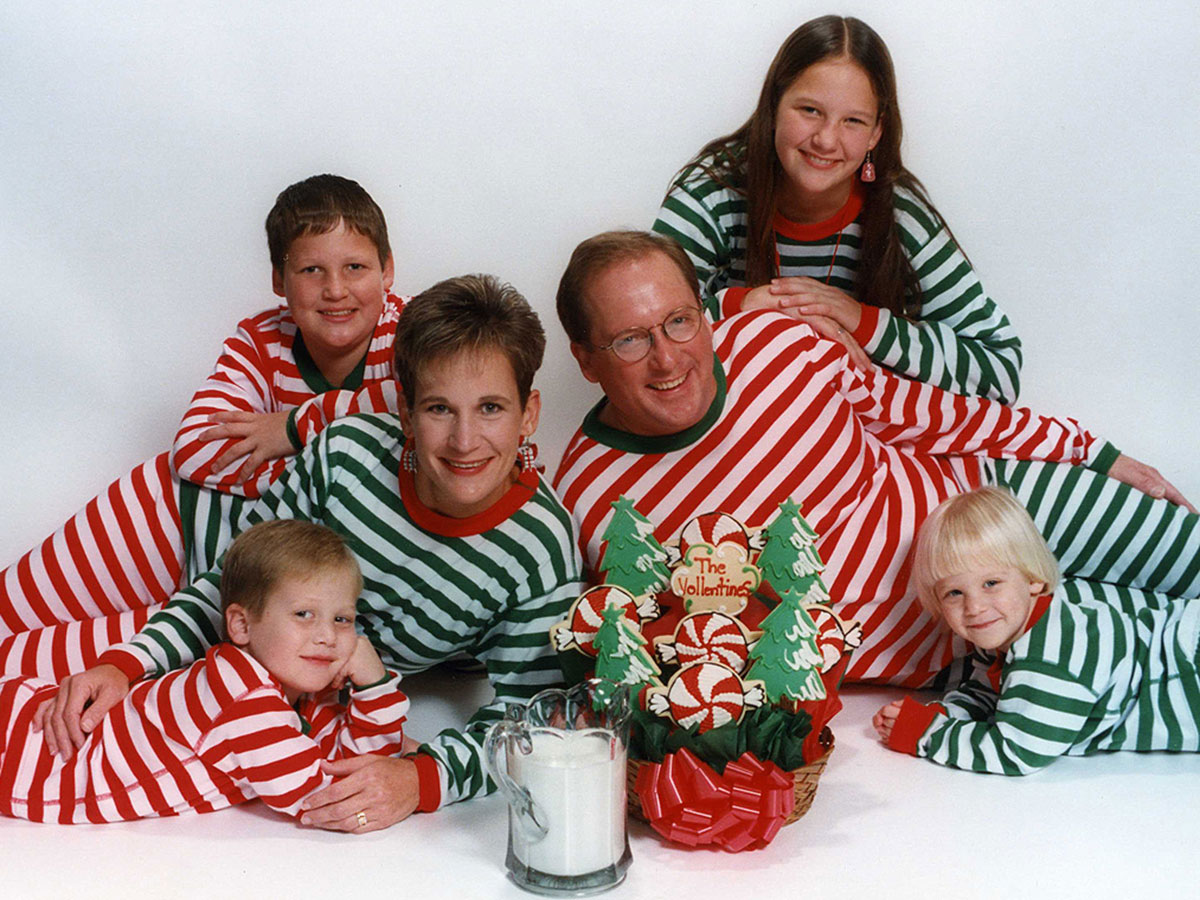