Zahra Wynne looks at Bob Geldof, his cynical re-hash of Band Aid and all its patronising connotations, and what it means to have a White Saviour Complex.

…could Band Aid finally see a departure from the nauseating Western paternalism it’s so often displayed?

Yes, Band Aid is back.

And yes, they’re still wondering whether any of the 500 million Christians on the continent of Africa (or anyone else for that matter) knows it’s Christmas.

Learning from their mistakes the first time around (Ethiopia is a country, Africa is a continent), and clearing up some glaring inaccuracies (it actually does rain in Africa, seeing as there are four major climate zones), could Band Aid finally see a departure from the nauseating Western paternalism it’s so often displayed?

It seems people still can’t fathom how to raise money for a good and necessary cause without being condescending about the whole thing.

Once again, Africa is perceived as a passive continent, weak, downtrodden and hopeless…

While the Band Aid Thirty song seems to be insincere and frankly weird, with lines such as ‘the Christmas bells that ring there are the clanging chimes of doom’ (what does that even mean?), the ‘Africa Stop Ebola’ single, comprising of a wide range of artists from Mali, Guinea, the Ivory Coast, Senegal and the Democratic Republic of the Congo, contains both heartfelt and informative lyrics – ones that seem more sincere when coming from people residing in West Africa. ‘We must act for our families’, ‘I ask all the doctors in Africa to stand up’ and ‘but we will overcome…sooner or later we will beat you’ invoke empathetic but empowering messages. Band Aid’s lines such as ‘a song of hope where there’s no hope tonight’ whitewash this fighting spirit. Once again, Africa is perceived as a passive continent, weak, downtrodden and hopeless – let them know it’s Christmas time again!! We’re here to save you again, Africa! FEED THE WORLD!

The funds from the ‘Africa Stop Ebola’ single are going directly to Médecins Sans Frontières (Doctors Without Borders), an independent and neutral provider of medical aid that has been fighting the epidemic in Guinea, Liberia, Mali, Sierra Leone and the DRC since March 2014.

It feels like smug altruism, the do-gooder celebrity who insists on making a spectacle out of their cause.

Meanwhile, Bob and his brigade swoop down on The X Factor with an accompanying photo of an emaciated black woman to make their point. It feels like smug altruism, the do-gooder celebrity who insists on making a spectacle out of their cause. Thank the heavens for Adele, who refused to be part of the circus.

It’s all too easy for me to sit here and dictate from my ivory tower what should be done, and be professionally offended on behalf of a continent I have never resided in and overlook the need of those in the regions that are actually afflicted. Any money raised to combat a disease that’s killing people by the thousand is extremely necessary and that can’t be denied. But the valid criticisms of Band Aid that are being continually voiced show that there’s more to it than this. Producer and co-writer of ‘Africa Stop Ebola’, Carlos Chirinos, stated that although Band Aid’s money was needed, ‘it comes at a cost and the cost is the way in which Africa is being portrayed to the rest of the world’. British-Ghanaian artist Fuse ODG was initially involved with the Band Aid 30 single, but later pulled out, stating that he just didn’t agree with the message of the song and was ‘appalled by their content’. Being a staunch advocate of the ‘This Is New Africa’ movement (TINA), intended to shed the Western myths of Africa and portray it in a positive light, Fuse ODG argued that Band Aid’s shock tactics could create long-term damage.

I spoke to Nottingham student, Gafar Kuku, of Nigerian descent, asking what he thought of the single. ‘I think it’s completely offensive and strategic’ he stated. ‘Geldof has constantly portrayed himself as a humanitarian and whilst this may be, I don’t think he realises the affect of this song. There are many efforts coming from African people and organisations to help relieve issues in Africa, things like Band Aid marginalise these efforts’. It’s worth noting that Nigeria managed to contain their ebola outbreak swiftly and efficiently, with a doctor on duty acting quickly to quarantine a Liberian-American diplomat who arrived in Lagos with the disease – she later died herself after being infected. Selfless but intelligent acts like this within Africa are bulldozed over by condescending portrayals of a continent that can’t help itself.

Selfless but intelligent acts like this within Africa are bulldozed over by condescending portrayals of a continent that can’t help itself.

Bob Geldof disdainfully ignored the voices of many and brushed off such criticisms as ‘b*ll*cks’ on Sky News, which led comedian and freelance journalist Ava Vidal to tweet ‘it takes arrogance to be told by the people you are “helping” that your type of help is patronising and reply “b*ll*cks”’. This displays a consistency with the ever present theme of white people just not being willing to understand how they’re being offensive, and why their saviourism complex isn’t needed or wanted.

It seems that in a similar manner to the Gap Yah culture that we have, it’s time for white saviours to take a step back and help to promote homegrown initiatives such as ‘Africa Stop Ebola’, rather than continually exhibit themselves in the limelight and make it all about them. All too often we seem to have Westerners catapulting themselves to centre stage in their charitable efforts and patting each other on the back for how they played their part in saving the weak and wounded ‘Third World’.

Efforts like this are often inaccurate, patronising and self-serving, and can be indicative of a certain level of internalised racism. Responding to criticism, Geldof stated ‘it doesn’t matter if you don’t like this song, what you have to do is buy this thing’.

Cheers for the guilt trip, Bob, but I actually don’t have to buy it.

Listen to Africa Stop Ebola here and buy it here

Do you think Band Aid is patronising or raising awareness? Which is the better song? How can we cover homegrown projects better without resorting to patronising celebrity endorsements? Let us know: @rifemag 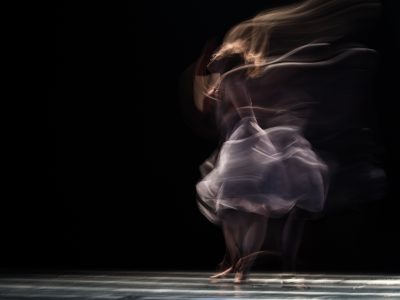 How Dance Can Help Overcome Anxiety, Stress And Trauma 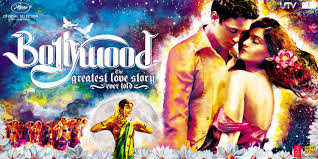 Can Someone Please Tell Me What's Happened To Bollywood? 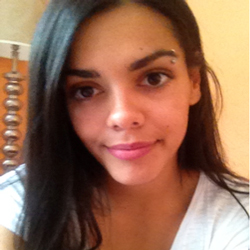 Zahra Wynne explores rape culture and how ingrained in our society it is, asking when we will stop blaming the...
Social Issues / October 3, 2014 / Zahra Wynne