We need to talk about Stokes Croft… 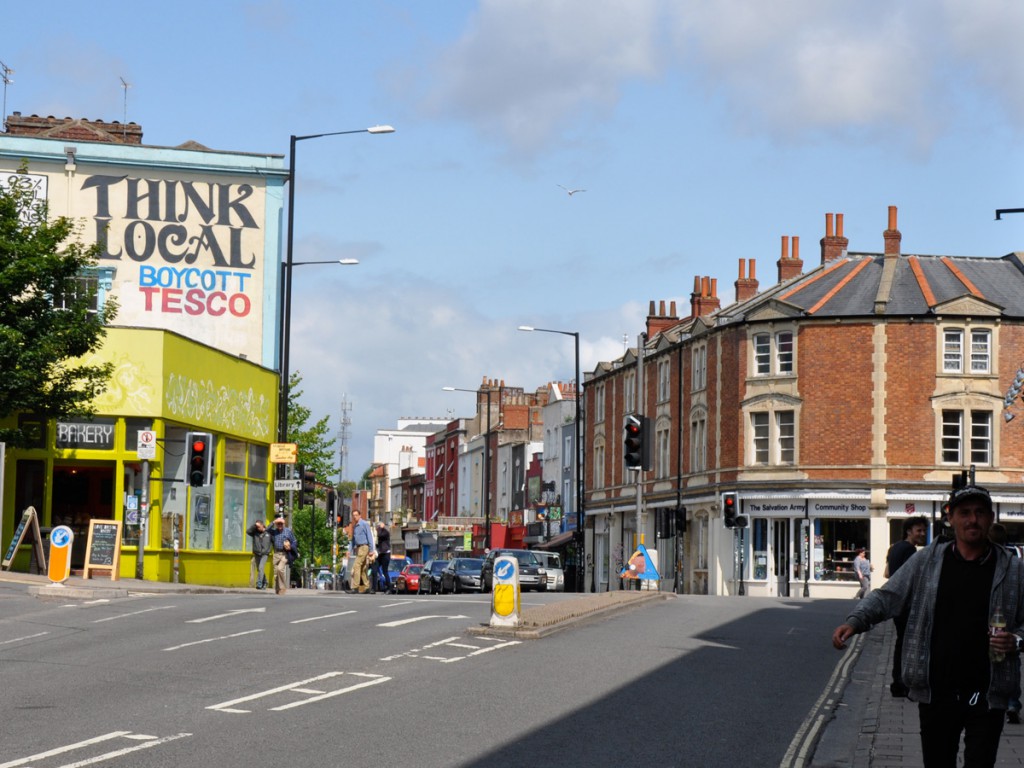 Adibah Iqbal explores the change in Stokes Croft and reflects on what it used to be, where it is now, and gentrification.

The sun was out, and I fancied a change from the usual, so I grabbed my book and headed out to a café on Stokes Croft. It was perfect; the café had a great summer feel, a place where I could really get into my book. I asked for a lemonade, and while counting my pennies, I heard the women say “that’s £2.50 please”. My heart stopped and I just stared at her. £2.50 for a lemonade? Never in all my life have I paid £2.50 for a lemonade, this must have been a joke. And that’s when I started to question ‘when did Stokes Croft become so … expensive?’ Who is it catering for? And what is the effect of this?’

Walking through Stokes Croft when I was younger was a very different experience: homelessness, drug abuse and street violence was very common and it had a reputation of being dangerous place, such as, numerous stabbings being reported. Yet with all this danger, there was still this amazing sense of culture and community on the streets of Stokes Croft. You heard a variety of music playing, from reggae on one side of the road to Qawwali on the other, I loved this, and there was a real mix of cultures on one street. The walls were covered in graffiti that had political messages, works including Banksy’s ‘Mild Mild West’. The Stokes Croft of my childhood was truly inspiring; it reminded me that the people of Stokes Croft were putting up a fight. They wanted their area to be safe and wanted to be listened to, and graffiti was their tool to spread this message. Sure, you had the occasional amateur spray-painted penis, but it was safe to say that the people of Stokes Croft had passion and strived to get their voice heard and their community cared for.

So when there was talk about building up the area into a safer and even more creative place for the communities, you can imagine how excited I was. Finally, the people’s voices had been heard. And in a way, that’s what happened. We had more political street art; talks and debates were held at local cafes, like the Bristol Feminist Society talks. The People’s Republic of Stokes Croft started. But there was always a part of me that never quite connected with the ‘new’ Stokes Croft. I never knew why, I thought I would have loved it, finally, a space in the heart of St Pauls for locals to feel safe, an area known for its diversity.

Well, that’s not what I saw, and I didn’t know why. Until I stepped into that café, walked back to my seat with my £2.50 lemonade, and wondered when have people on Stokes Croft ever been able to charge someone that much for a drink? Stokes Croft was so close to St Pauls, an area known for its poverty, and yet the prices were sky high. This café was not for the people who created the culture of Stokes Croft. It seems like with the change in landscape, there was a difference in the people who started to hang out there – I could no longer see those political artists or musicians. It was like magic; the ones who created the Stokes Croft’s image had all disappeared.

Because the area was now safe, in came a wave of young people interested in its urban reputation and wanted to absorb the culture that was created long ago.

I looked around me, and what I saw were people typing away on their Macs surrounded by Turkish lamps and Indian pillows while the café played Bob Marley. It was no longer serving the diverse communities who originally called it home.

Sure, I was seeing ethnicity- but in objects, not people.

Stokes Croft had, to me, lost its authenticity. It was like a culture was created and the creators were pushed out to make way for young artsy hipsters and hippies who were happy to consume the culture – but not connect with it.

This isn’t something that is new and only happening in Stokes Croft. Spike Lee, the American film director known for films like ‘Malcolm X’ and ‘Do The Right Thing’, speaks about the changes he is seeing to his home area of Harlem. Known for its jazz and hip hop scene, Harlem is seeing a wave of middle class rich people moving in to enjoy the vibe – but Spike Lee feels that they are changing the area and not accepting the pre-existing culture. He calls it the Christopher Columbus syndrome – the theory of a class or race ‘discovering’ and claiming a land, making it their own, and not crediting its success to the people who originally lived there. I feel this is what is happening to Stokes Croft.

My issue is not with people wanting to make Stokes Croft a better place – I welcome this with open arms. My issue is with Stokes Croft being taken over and away from people who lived there before. These communities, and I include myself in this, are no longer reflected in Stokes Croft. As Spike Lee says ‘when you move into a neighbourhood, have respect for its history and its culture.’ Stokes Croft is on the footsteps of St Pauls, one of the most diverse areas of Bristol, yet this diversity is being pushed further and further away from commercial consumerist Cabot Circus, and toward less excisable parts of St Pauls. While the culture of these minority groups is still being consumed.

I don’t want to go back to the Stokes Croft of the past, but I do want a future where Stokes Croft is truly a place for everyone and lemonade costs no more than £1.20!

Here’s a link to Spike Lee discussing the issues of Gentrification: 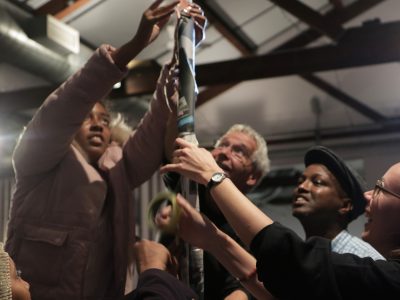 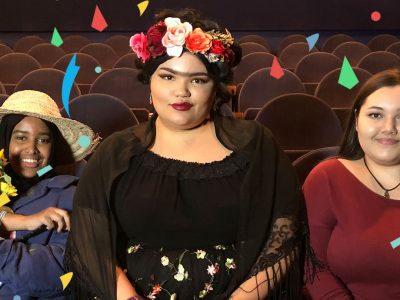 To the Loves of My Rife: goodbye, good luck and thank you 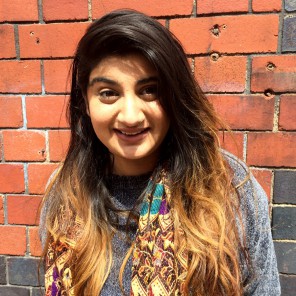 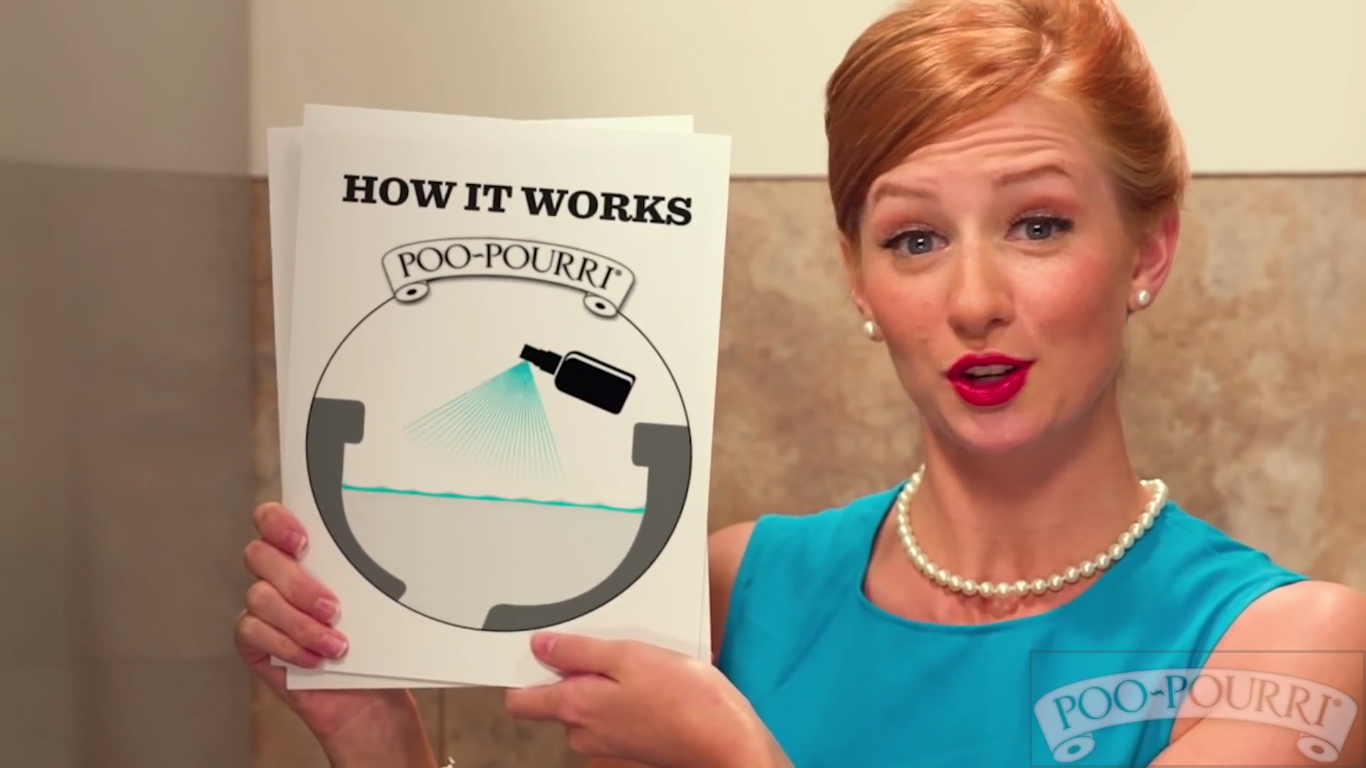 Adibah Iqbal wants you to know that we're all in this together.
Fun Stuff/Lists / May 14, 2014 / Adibah Iqbal
<PreviousNext>